Problems At the Tire Shop For the Old Van

It was raining good when I got it going today, so I stayed in the house where it was warm and dry until it was time to drive on over to  the tire shop to get 4 new rims and two more new tires for the van. 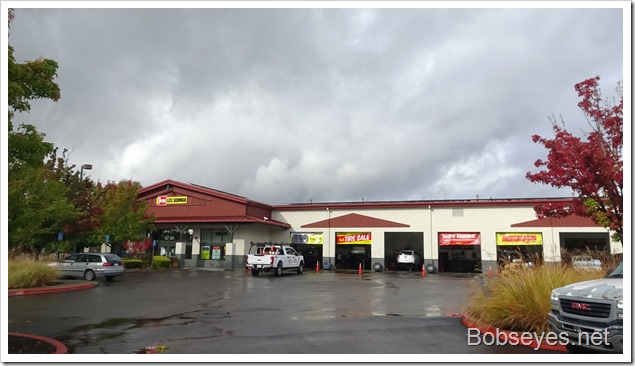 At the appointed time I pulled the van into their work bay and gave the guy who was going to work on it instructions on where I wanted what and told him I was going over to Walmart to look for wipers for the van and left him to it.

But when I returned I found out there was a problem with the new rims hitting a steering arm. Oh, and the Walmart didn’t have any wiper blades to fit the van either. 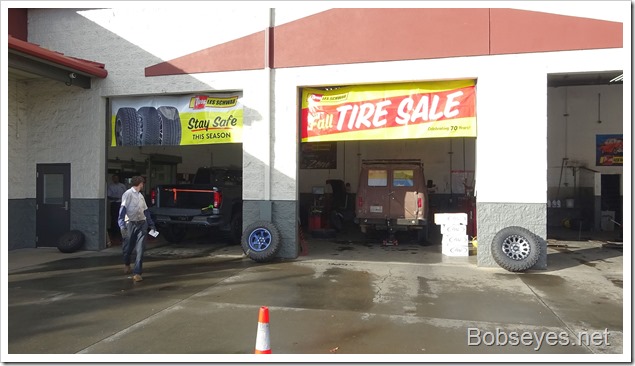 What, the guy was supposed to have checked the  size of the wheels when I was in here to make the appointment last week. I had a look at the rims he had out to mount and said those aren’t the right rims. They were 8 inches wide and not the six inch ones I needed and the backset was 4,8 instead of the 3.5 inches I’d measured at home.

So he got the boss and they went back in the back and came out with three white rims instead of the four black rims they should have had. Darn.

The boss apologized and said he only had three of the four white ones and one silver one instead of the four black ones I ordered as his inventory got screwed up.  I’d have to wait for them to order up some more rims but I said I’ll take the three white ones and silver one and I’ll just paint them black like I did the old ones.

I thought that was easier than wasting another day doing this.

So they got to work and got the 4 new rims and the two new tires mounted up and installed. 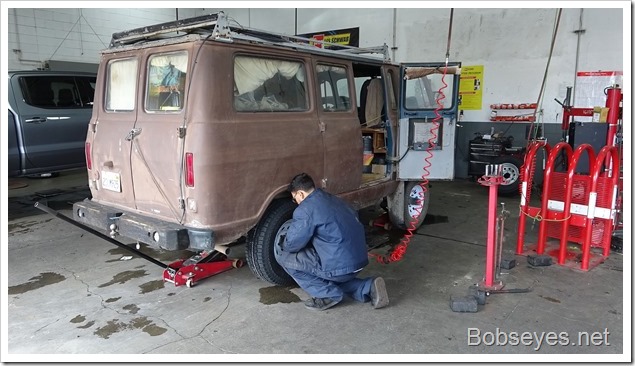 Once home I let the chickens out and went in the house for a  nap. 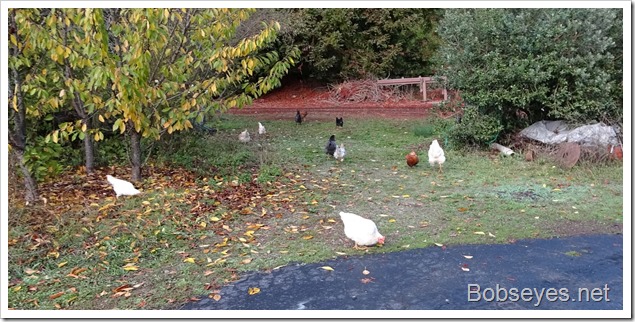 (Visited 126 times, 1 visits today)
This entry was posted in Uncategorized. Bookmark the permalink.