Prepping the Chicken Coop for Chicks, Planting Some Bird Seed and Taking It Easy

I was just sitting around this morning in the yard when I heard a motorcycle at the front gate. It turned out to be my brother Barry on his dirt bike.

We shot the bull for awhile then he took off for a ride. I thought about going, but I stayed home to take it easy instead. 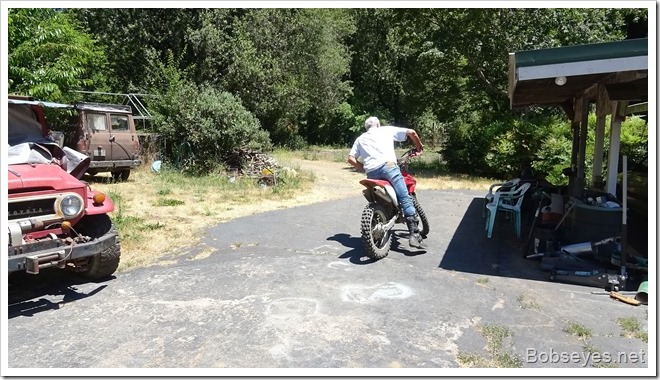 Get the coop ready

I needed to clean the tools and stuff out of the chicken coop to get it ready to receive some peeps soon. Some wild animal got into the shavings and ate a hole in the container when it was outside so it’s a little messy. It’s ok as the floor will soon be covered with the shavings anyway. 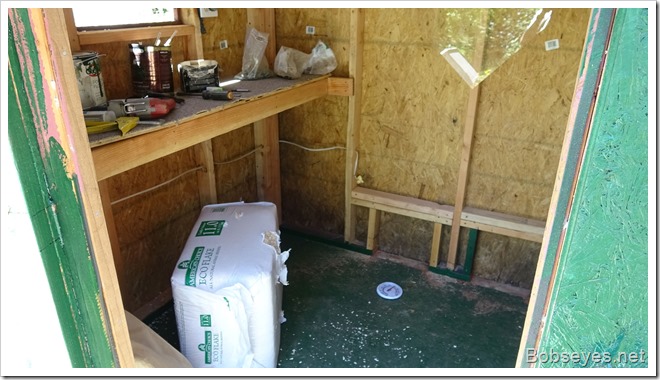 I worked on cleaning the shed out for a bit and of course a break too.

I sorta planted some bird seed in the enclosure area where I had the dirt turned over. I didn’t do a very good job of burying the see so I planted lots of seed. Maybe a little mulch might be good on top. 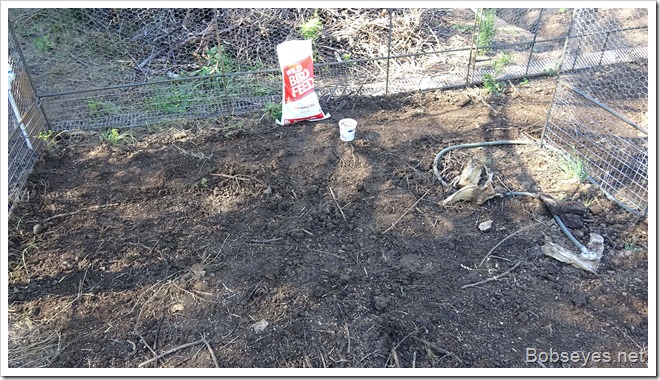 Hopefully some of the seed will grow and become chicken feed later. This enclosure gets watered everyday so will stay wet.

A little box for the peeps

I was thinking I had a little wooden box that might be good for the peeps to live in for a bit while they are real small as they get shipped in a box so they can cuddle up and stay worm when they need too.

The box is a fairly well made box I made for food stuffs in my van but since have changed to a different way to do that in the van so this box is available. It’s nice because it  has two big side doors and the top comes off too. I just made a cardboard insert to block off the big open side with a little door more chick size. 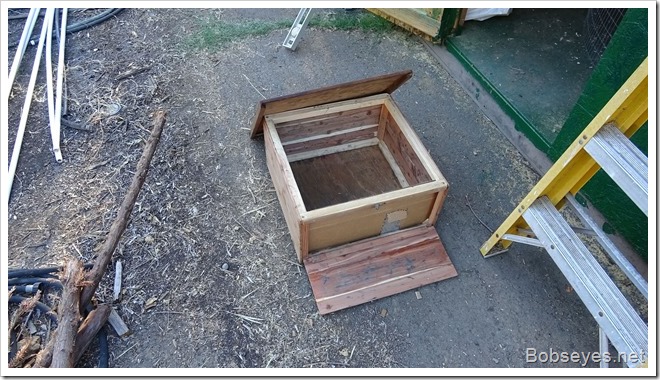 I cut this piece of wire to help keep the little peeps contained and put the box in there to see how it looks. Looks ok to me. 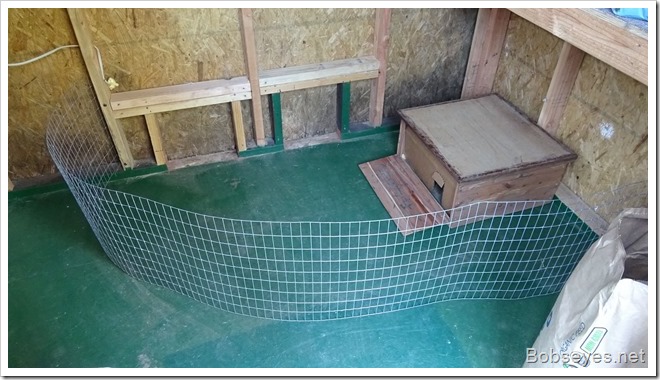 I tried to take it easy today so I did a lot of chair hopping and visited the blue berry patch several times to eat some and that was pretty much my day.

1 Response to Prepping the Chicken Coop for Chicks, Planting Some Bird Seed and Taking It Easy