Prepping, Planting and Watering For Spring and Some Projects Done Too

Put the chickens to work

This is the chicken scene as I went out this morning. I got some seed, the same as I feed them and scattered it in this grow pen I turned over yesterday. 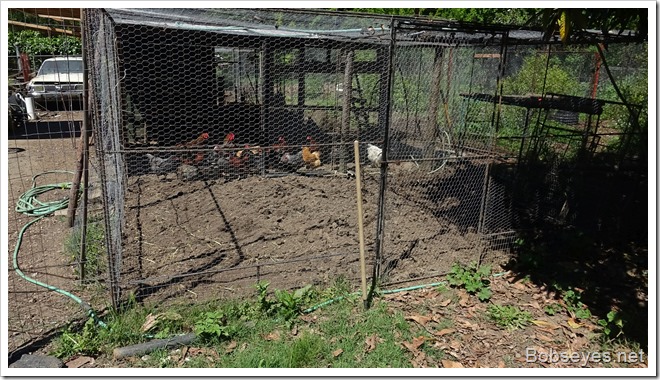 My plan was to scatter more than enough seed in the grow pen and let the chickens in to scratch around and eat and bury the rest of it so it will grow.

They eagerly entered the pen and started chowing down. 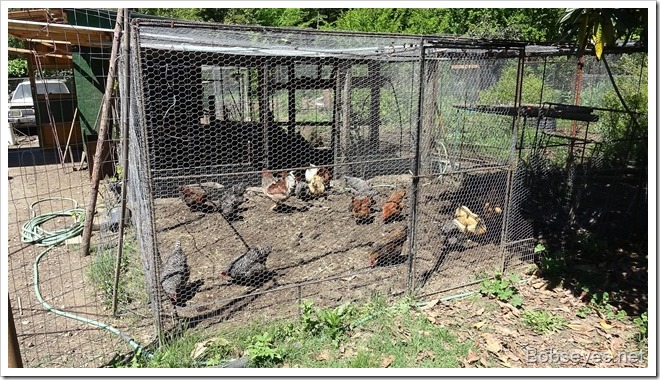 I put the water on that grow pen to wet the seed down.

My next thing to do was to fix up the chick protection cage I made the other day. I cleaned up the water dispenser and found a small container for feed and put some big logs around it to keep it in place as the other chickens tend to disrupt things a lot. 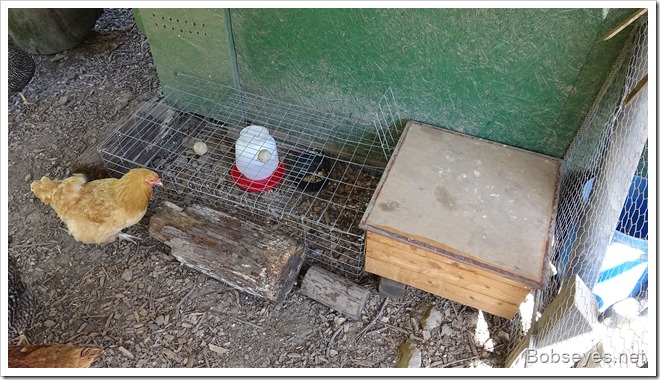 After that I measured one of my cat doors that seemed to work letting the cat through but not the chickens. I made sure this one was the same measurements and fixed it up for the cat. I put the piece of metal in it temporarily to block it off until I’m sure chickens can’t get through it. Right now my brother has a bunch of seedlings planted next door and the chickens would ruin them if they got in so it’s not the time to test the door out until plants get larger. I’m pretty sure it will work ok though as it’s the same size as one that does work. 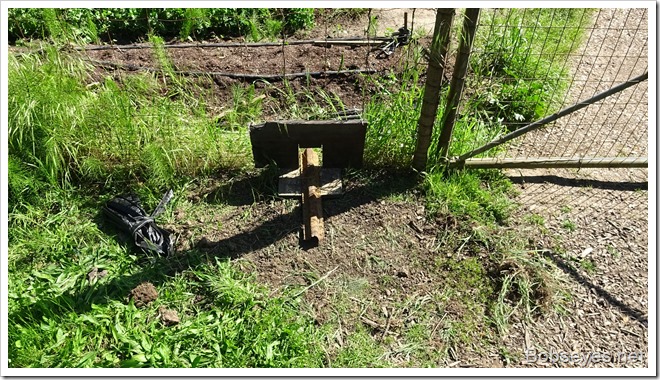 Sprinkler on the raspberry patch

The next thing I wanted to do was construct a rain bird sprinkler so I found all the stuff and welded up this stand and put the pipes together to make it all work.

Here’s the new sprinkler watering the raspberry patch. The blue bucket is out there to measure how much water the sprinkler is putting out. My target is about an inch and a half a week delivered all in one day. 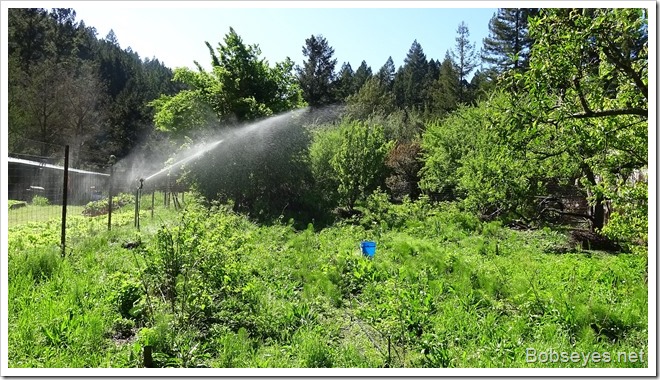 After a good break I rounded up the stuff to put this oyster shell feeder together. I cut a gallon paint can in half and screwed it to a four inch piece of PVC pipe I had laying around.

I had a small bag of oyster shells so dumped it all in the feeder. 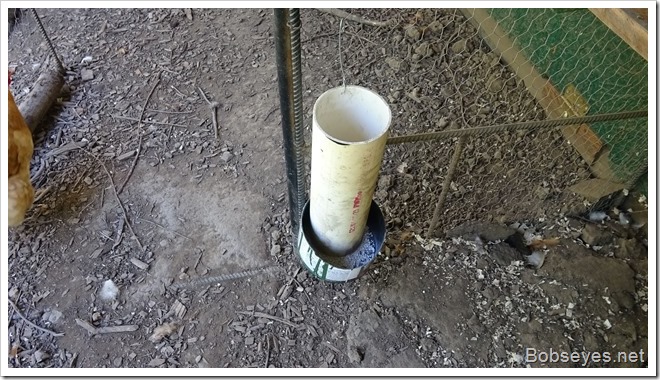 Interesting enough the egg bandit didn’t eat any eggs today. I did see it looking around but it didn’t eat any, only one day after starting the oyster shells. But it’s too soon to say anything for sure about that bad habit. We’ll see.

I had some giant pumpkin seeds I wanted to plant and a few other seeds too so I took the largest weeds out of this dirt storage area I had and pushed some seeds into the ground. This area gets watered from the blueberry patch sprinkler as it overshoots into this area. 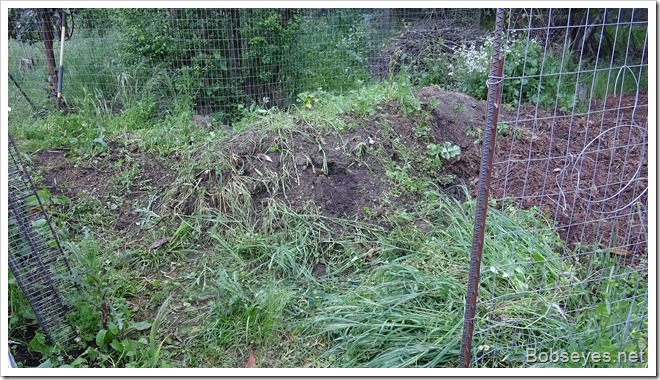 A big wild radish weed is growing up along side one of my blueberry bushes that needed taking out. 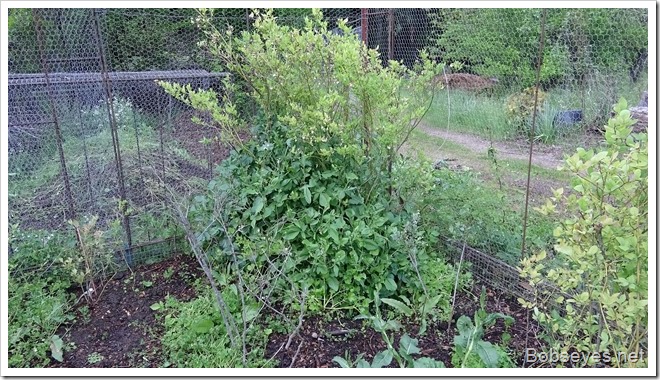 I removed the radish plant. It had a big radish carrot on the bottom of it so I tried it out but it was too old and woody. 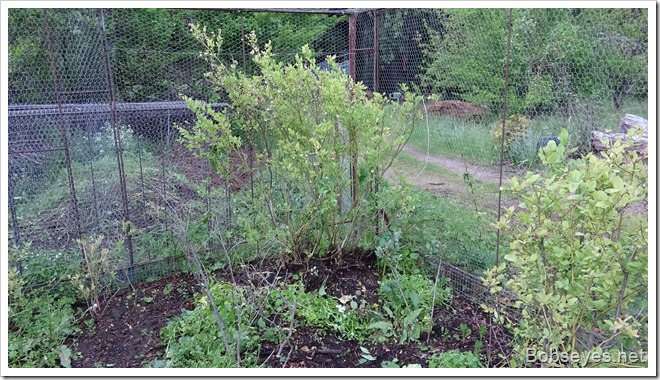 After that I planted some more seeds. Some pole beans and some watermelon and cantaloupe and squash.

It was sorta a puttering around type of day so that’s what I did.

1 Response to Prepping, Planting and Watering For Spring and Some Projects Done Too