The power that’s been off for a few days came back on last night around 9 I think it was. Nice to have that back and not have to listen to noisy ol generators.

I haven’t had much success with the commercial rodent bait. I’ve had this box in my totally infested garage for several months and they’ve barely touched the green bait in the box. 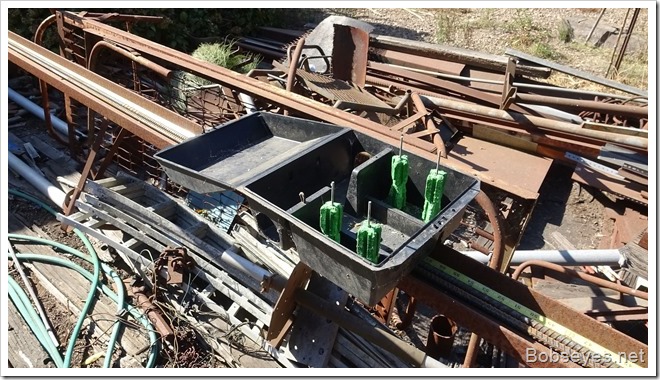 It’s a nice bait box but the stuff they sell doesn’t seem to work as the rodents seem to know about the stuff or something.

See the bait is barely touched for how long it’s been out there. It should be all gone, but nope. 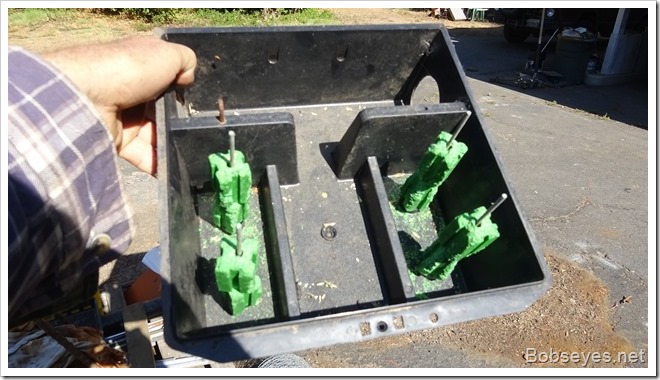 I dumped the green bait and washed the box out and put it in the sun to dry as I had plans for the box.

Plaster of Paris seems to be the way to go

Last night I was doing some research on rodent baits as I remembered checking some stuff on this awhile back. Seems people have been having quite a bit of success using plaster of Paris mixed with seed or oats or other stuff like this. All kinds of ways to mix it up.

I found one guy that did everything real simple. He took a cup of plaster of Paris and a cup of of common wheat flour, mixed it together and put it in a dish for them to feed on. It worked real good and was the simplest method of them all so I thought I’d give it a try as it wouldn’t have the poison smell the store bought stuff has and I already have two sacks of the stuff on hand from when I used to do metal castings. It was a bit old but should work.

I mixed the plaster up with some ground chicken seed as they are used to eating that.

I put some in the box and some out on a plate tonight with my video camera set on them to record what happens.

After that I worked on cleaning up my failed bulkhead removal job. I had some wood to cut up but my chain saw needed sharpening so I sharpened it up and gas and oiled it and finally got to the wood cutting part in the afternoon.

After I cut the wood up I hauled it to my wood pile, most of it as I still have another wheelbarrow load to go.

I got some old pea seeds from my brother and was just getting ready to plant some of them when my brother Tom comes by and wants some help getting his Toyota started as it’s been sitting around for a year or so and wouldn’t start now.

I went over to where he had it and he showed me what wasn’t happening and I decided more tools would be needed like a voltage meter and some other stuff. 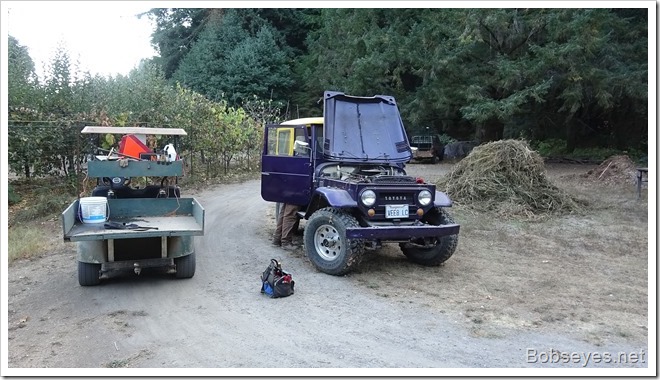 The starter is down in there so I jumped a hot wire to it and it turned the engine over so it was somewhere in the ignition wire or ignition switch. 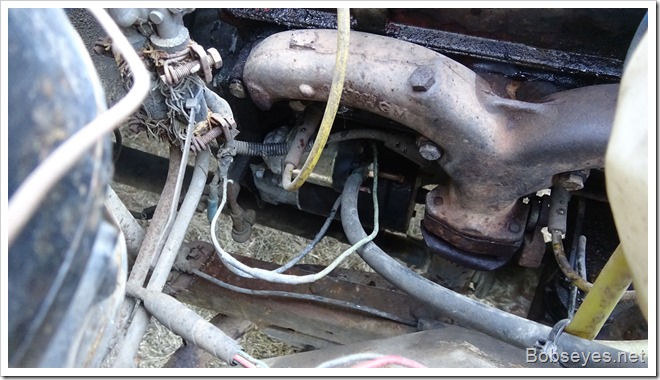 He got it started up

But it worked good enough for him to start it up once he put some gas in it. Things work better with gas, eh.

By the time I got back to my house it was getting late and so I put off planting the peas until tomorrow.

Just before dark I put out the new rodent bait and put my video cameras on them to see what happens.

That was it for me today. Nice fall day, low wind and sunny out.