Poke Pole Bamboo, and an Afternoon Yak at Jenner With Steve

Steve gets some bamboo

Steve was coming by today to go kayaking down at Jenner, but first he wanted to get some long pieces of black bamboo to make some poke poles for fishing so he cut and collected some poles for that.

He’s tying them up in a bundle for transport back up to Oregon. 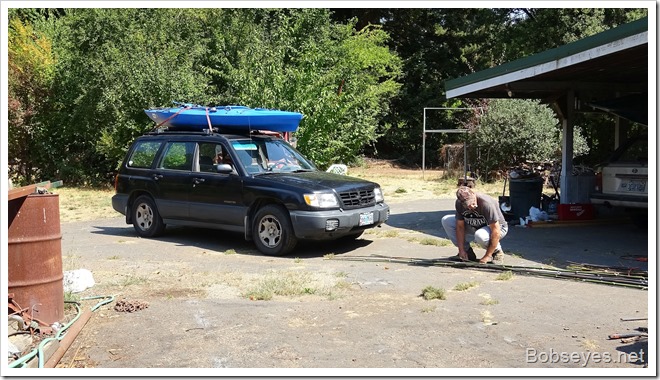 It took a few hours to get the bamboo together then we headed on down to Jenner in the afternoon to yak.

Most of the people had left and headed home for the day so it wasn’t too busy down there by the time we got there.

We put our boats in the water and paddled across the river and then on down towards the mouth area.

Here’s Steve watching some seals as we head for the open mouth to the right. 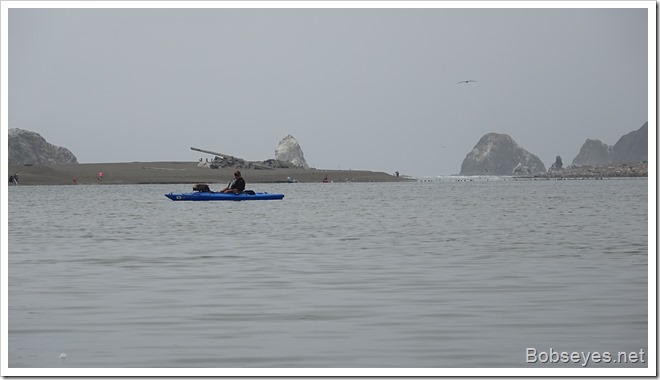 There are a lot of birds in the area of the mouth. 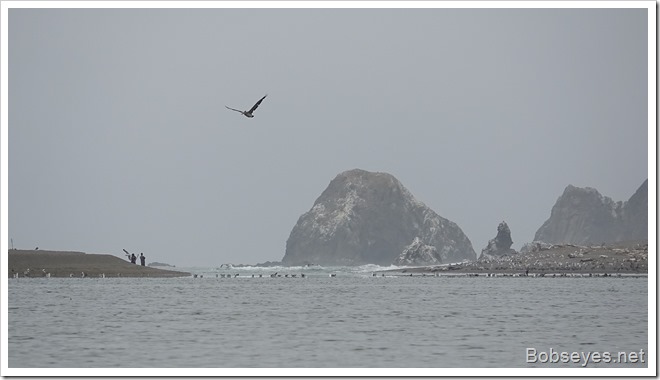 The river’s mouth is open and it’s going to high tide so water’s coming into the river from the ocean. 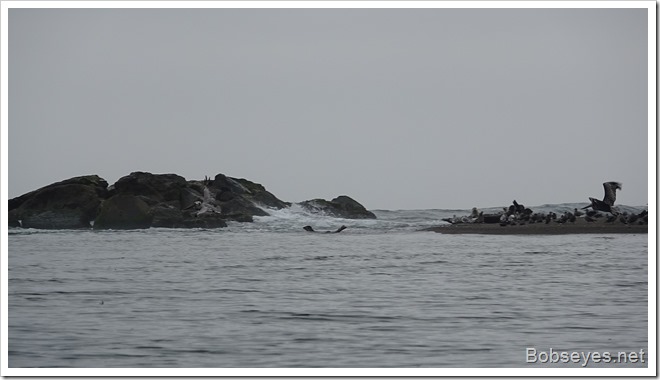 Harbor seals are resting down there on the sand. 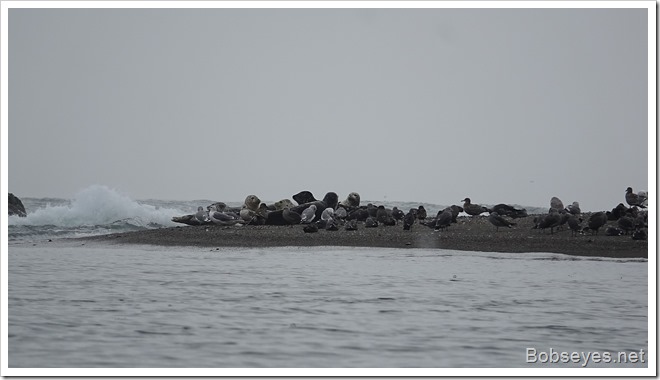 There were also lots of brown pelicans and some cormorants on the sand resting from a hard day fishing. 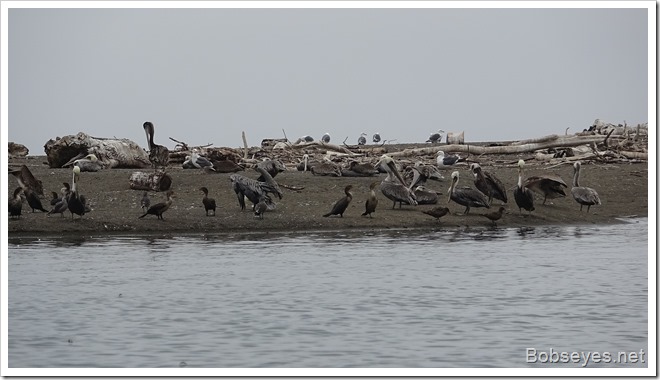 Here’s some pelicans coming in for a landing to join the bunch on the sand. 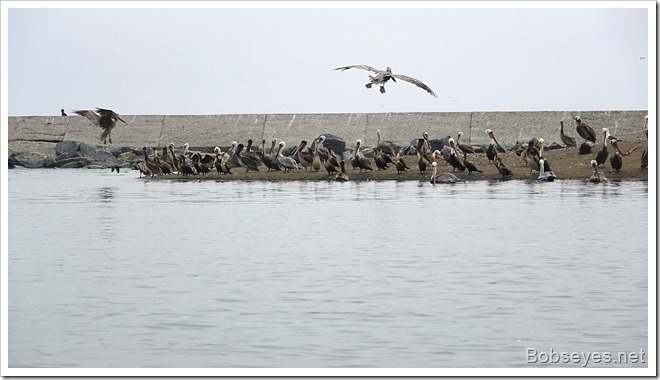 Sat at the end of the river

We hung around in our boats sitting in the open mouth watching things for a bit then continued on down the short distance to the river’s end and sat and rested and watched.

This egret was fishing away, but I didn’t see it catch anything. 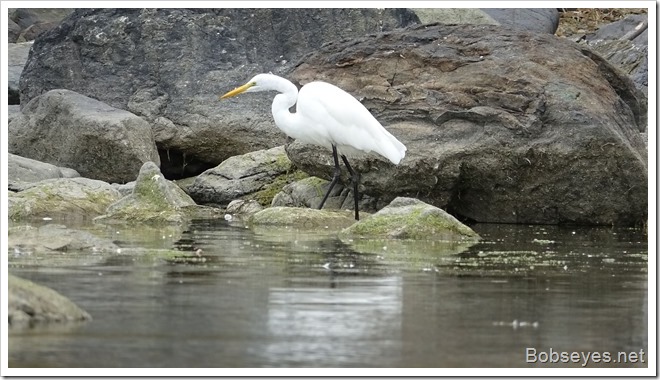 From there we headed towards the Penny Island back channel and went by these pelicans preening and bathing in the water on the lower end of the island. 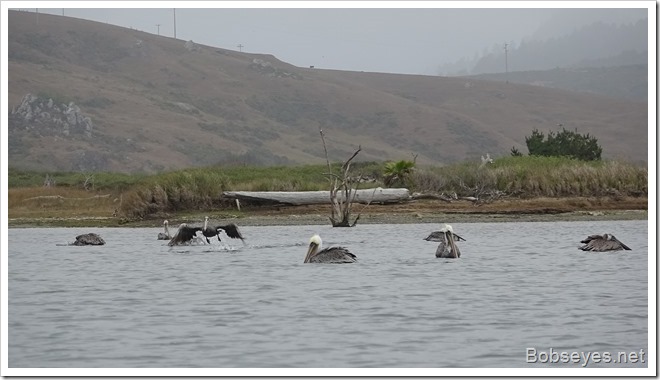 Most of them took off and flew right over our heads. 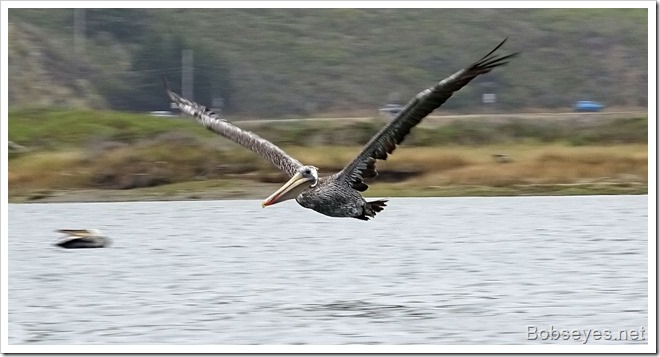 This osprey was sitting on this stick watching us. 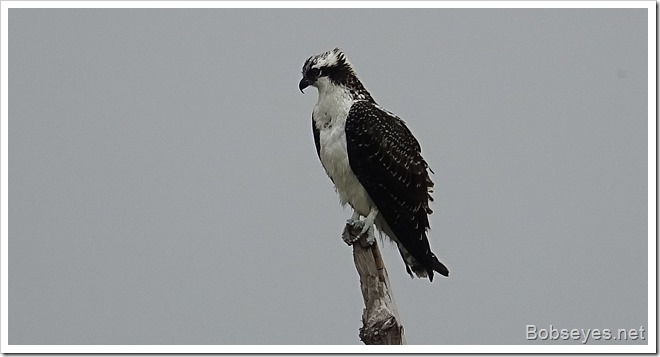 We slowly made our way up to the upper end of Penny Island and went to shore for a little walk.

We landed our boats here in the grass on the island. 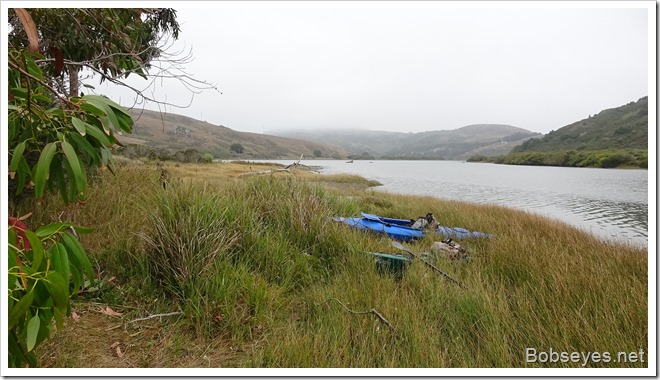 The trail goes through these knurly trees. 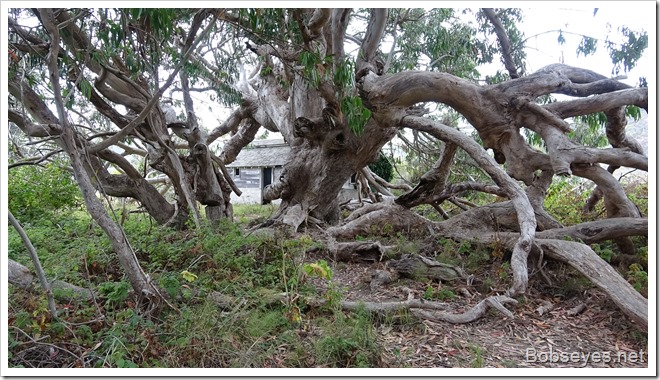 The old milk and processing barn is the only building still standing on the island. Everything else has fallen down over time. 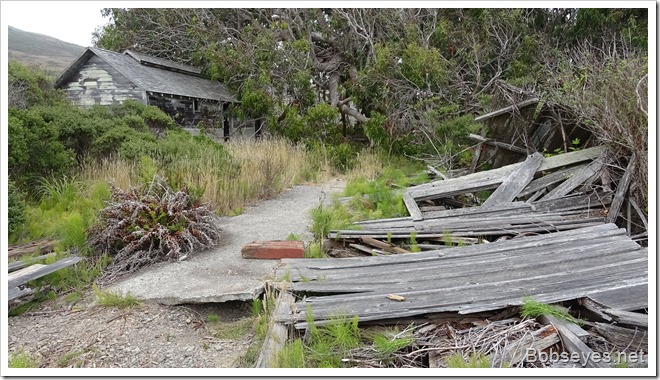 Steve took off looking for a cherry tree for some fish smoking wood and I went back to the boats and had a bit of a nap until Steve returned.

We put our boats back in the water and went into this little channel on the upper end of the island and sat for a bit. 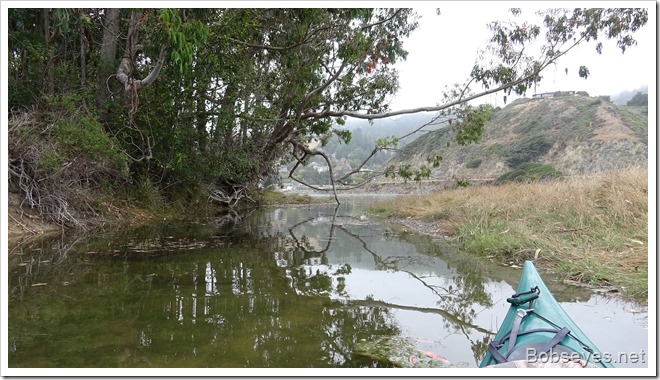 Then we headed back to the boat ramp from the channel and went on home.

Steve loaded up his poke pole bamboo and took off and I had a nap and that was it for the day.

1 Response to Poke Pole Bamboo, and an Afternoon Yak at Jenner With Steve