Plumbing Problems and Puttering Around the Yard Working On Stuff

I fed the chickens then went over to our rental to adjust the valve I worked on the other day so there’d be more hot water. It seems I didn’t quite get it right the other day. That all worked out ok. The lady had a new shower head as the old one seemed a bit plugged so she asked me to install it.

I took  my pipe goop with me and put some on the threads and it screwed on and sealed so that fixed that although a new pipe would be good. I tried to get the old pipe off but it was really stuck so that’s why I decided to leave the old one on there. I think a big pipe wrench might take it off and maybe not.

After that I made a gas run to town to get some gas for the Toyota that ran out yesterday. On the way  home I stopped to talk with John about his rat problem but he wasn’t home so I continued on home.

I hauled three loads of woodchips to this grow pen I’m prepping for planting. Then I scattered some seed in it and let the chickens work on mixing it up. I’ll feed them in this pen for a few days and then plant some stuff in it for the chickens to eat later. 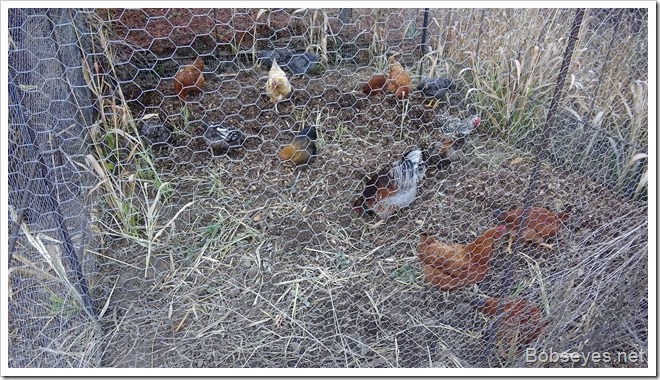 I was going to take all the grass I took out of the grow pen the other day to the chickens mulch pen area and decided it might be better in this area where I planted some peas about a week ago. The grass will provide a good place for bugs where the chickens will find them and eat them when I finally let them in if the peas grow enough. 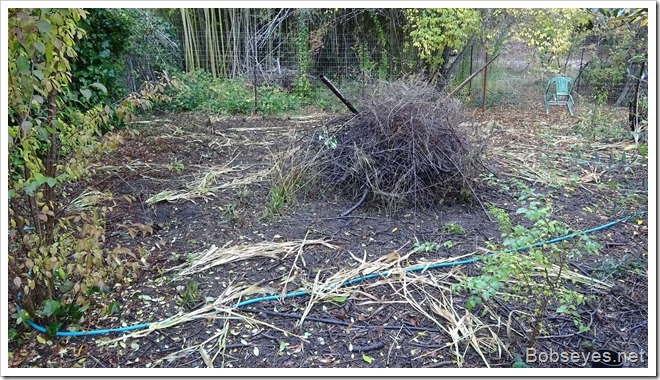 While chair hopping and walking around the yard I discovered another wood pile I somehow missed. I’ll get it to the main wood pile soon. It’s always good to to find wood you didn’t know you had. 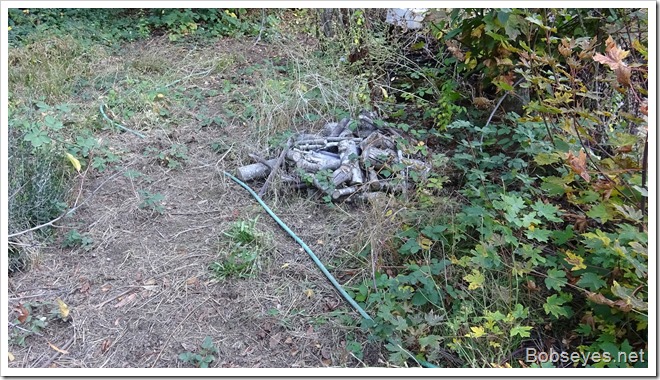 While chair hopping I went by this wire chicken run that needed the 10 foot sections cut to 5 foot sections so I can bend it and make turns easier. I got the wire cutters out and shortened the two sections. The grass got hit by a frost the other day so is going dormant for the winter. 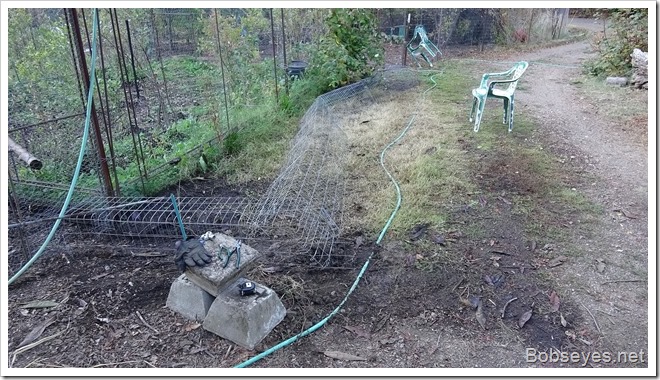 Some more chair hopping was done just before dark as I enjoyed the day. When it started to cool down I got some wood in and got the fire going and that was it for me today.

Nice easy day, puttering and getting some stuff done.