Today I planted this grow pen I turned over a couple days ago and put a load of woodchips on top. 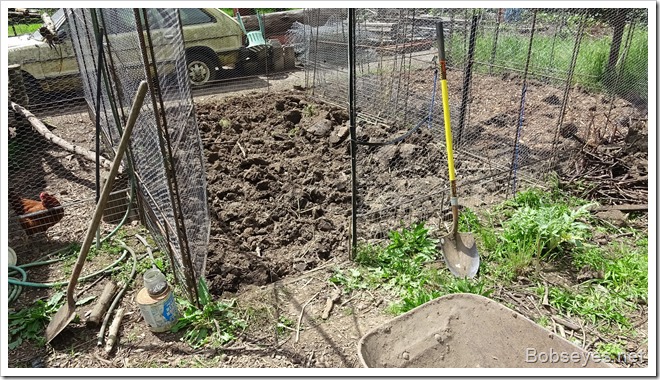 Here’s the grow pen planted in milo and millet with a few sunflowers in there too around the edges. 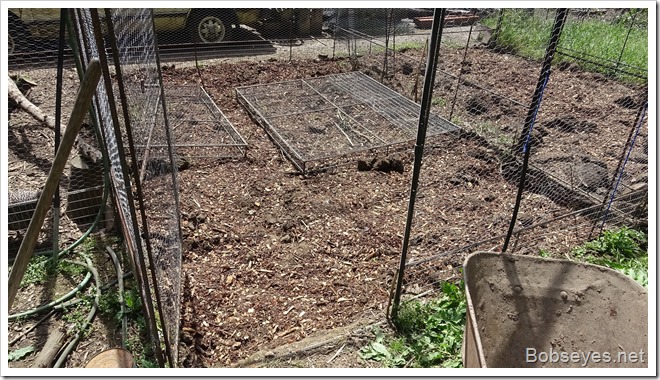 I spent the rest of the day puttering around in the yard taking it easy.

I checked on the momma hen on the eggs. When she was off the nest I counted the eggs she was sitting on. Originally I had her on 9 eggs but now she  has 12. I’m not sure where she got the three extra eggs from. Either another hen laid some more eggs in there, but that would of taken three hens to get three eggs or she stole them from the laying nests. I did see a hen looking something like her steel an egg from the nesting box on my video cam. I was amazed to see she could get the whole egg in her beak, but the one I saw got the egg, but when it landed on the ground the egg broke and I couldn’t really tell who had that egg. The other hens ate what part of the egg was on the ground. It may be that I have an egg eater but I’m not sure at this point what’s going on. It might have been momma steeling for eggs for the nest.

12 eggs is a lot for this little momma chicken to get under her but I decided to let nature take it’s course and see what happens.

Around 4 PM I headed out for Jenner to do an evening yak in the river.

I arrived about 5 and lots of people were taking their boats out of the water at the boat ramp. I put in and was the only one left on the water just the way I like it.

I headed up the river going by these cormorants resting after a hard days fishing. 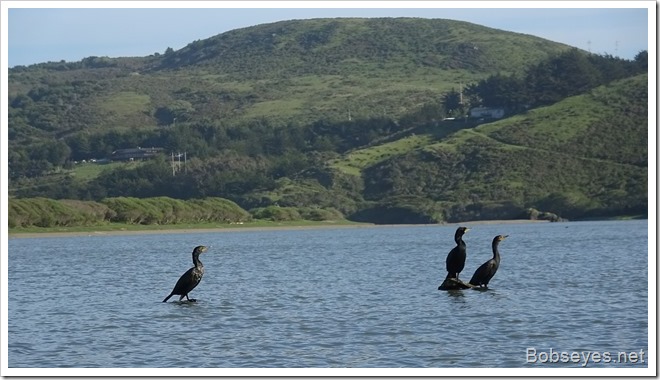 I was paddling along when I saw a splash up ahead which turned out to be a river otter on the left there. 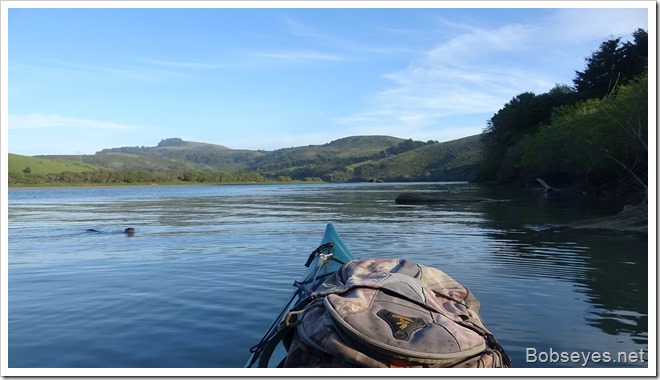 It was fishing and didn’t see me approach right away. It has a small fish it’s devouring. 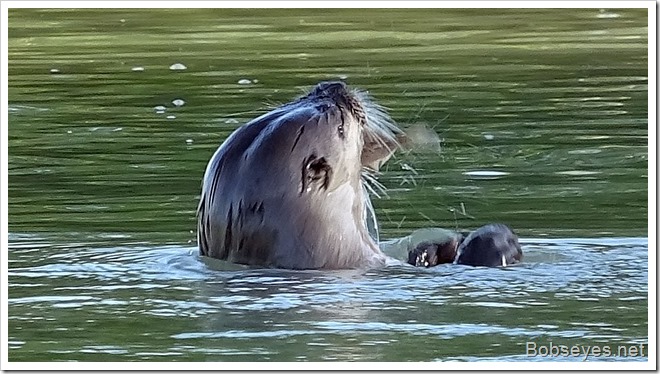 I followed it up the river a few hundred feet watching it feed. It went to shore so I stopped and watched it for a bit. 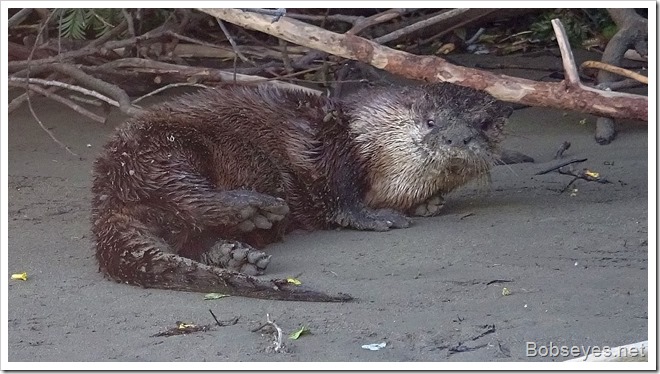 It didn’t seem to be bothered by me much. 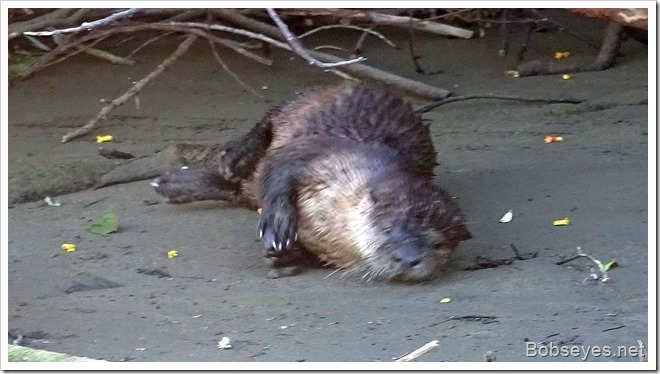 I followed it a bit further then left it and continued on paddling on up the river. 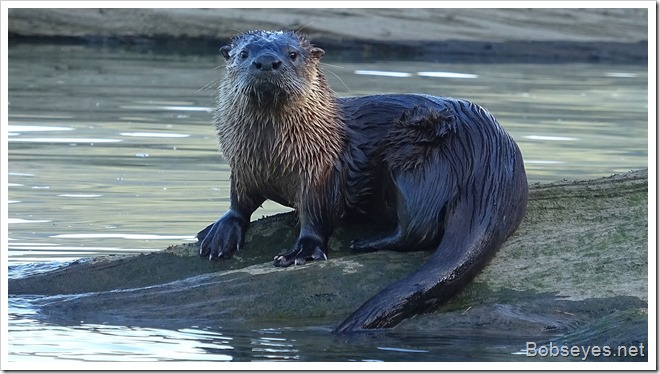 Ran out of sun

When I got up to here at Eagle’s Landing the sun was going behind the hills so I stopped here for a bit then turned and headed back down the river where I knew the sun was still shining. 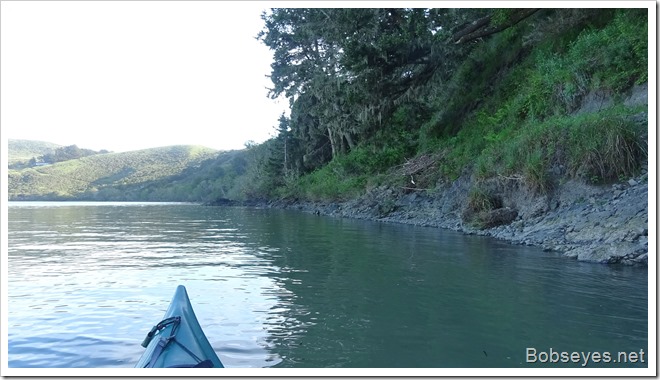 This male merganser duck moved out of my way as I paddled on by. 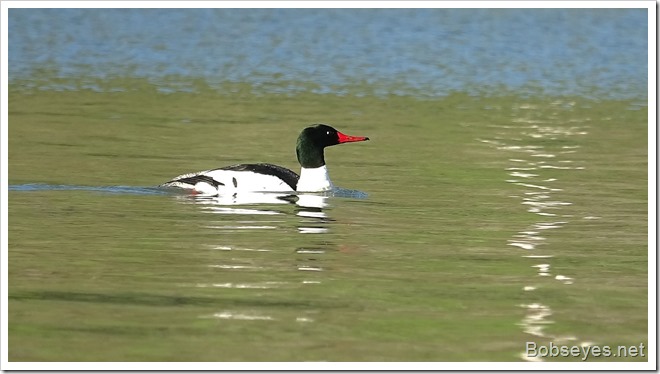 I was headed down to the river’s mouth where the river meets the ocean to watch the sunset.

There were lots of harbor seals and birds in the area. 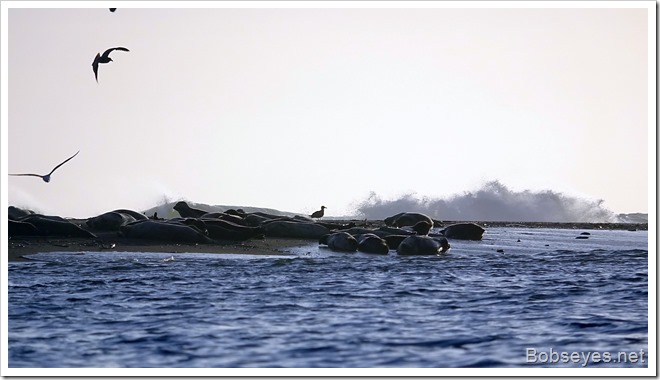 Looking out the open mouth into the Pacific ocean just before the sunset. 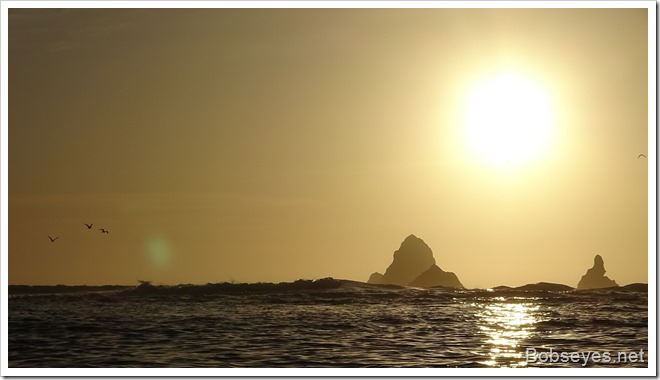 I  hung around the mouth area for awhile checking things out then started my paddle back towards the boat ramp.

Eagle in the tree 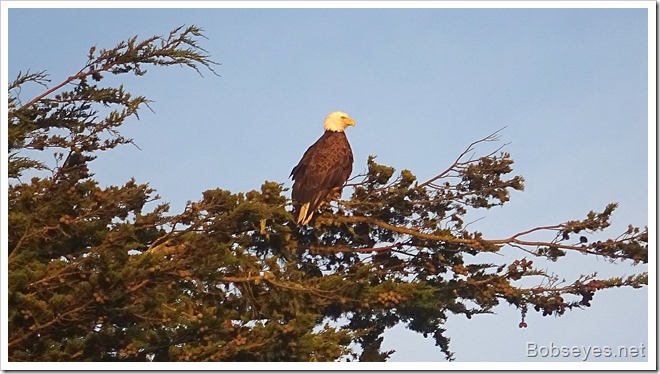 It flew on up the river shortly after this shot. 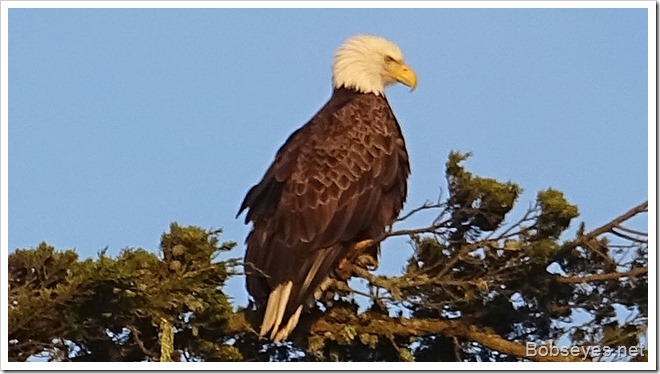 On the way in I stopped and turned around as the sun was sinking in the sky. That’s a harbor seal there. There were quite a few of them swimming around in the water as I toured the mouth area. 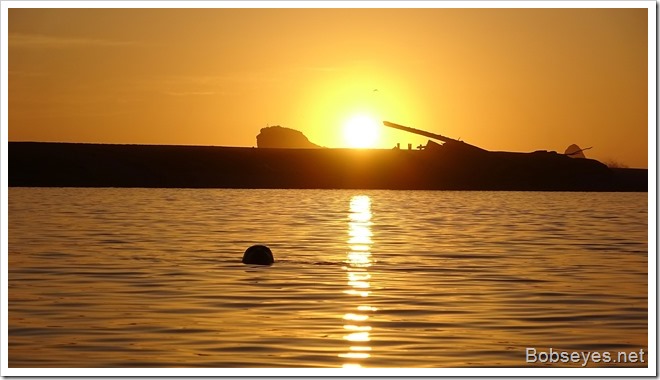 I continued on to the boat ramp and took my boat out of the water and drove on home.