Plans Change So Off We Go For a Dirt Bike Ride

Set to go yakking today, but

Just as I was getting in the car to go yakking  my brother Barry drives in the yard and is going for a dirt bike ride so I changed the plan and got the dirt bike out and was ready to go for a ride up in the redwood forest. 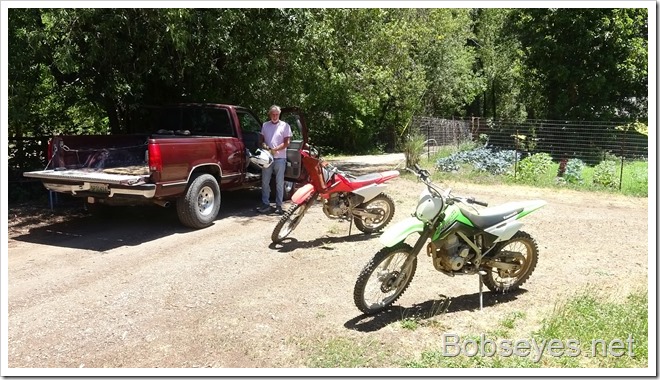 Barry wanted to check out this forest patch so he rode in while I waited for him to come back as there were lots of big sticks on the ground in there to get one’s bike tires tangled up in. 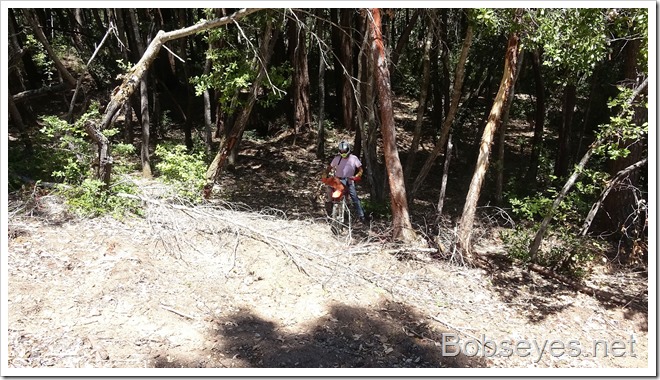 He joined me and we rode up this fire break and over the hill. 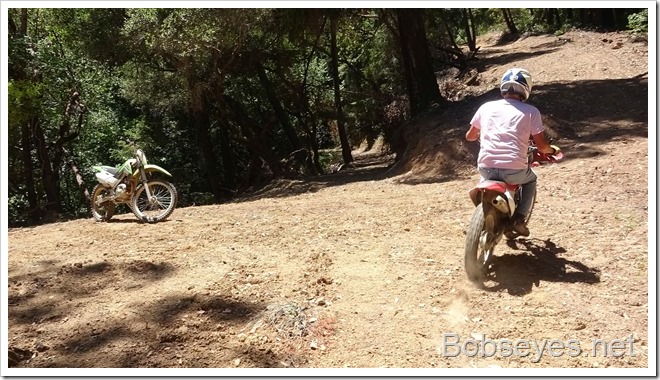 Checking out the trail

We stopped and went for a walk in the area where I’ve been working on the old trail. That log needs to be cut out but not today. 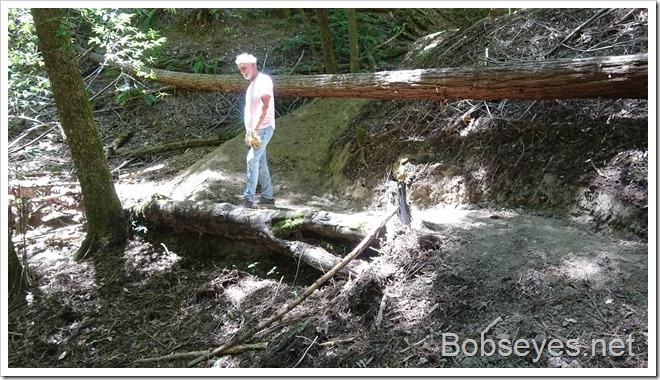 We got back on our bikes and rode on up the hill just cruising around and enjoying the day. 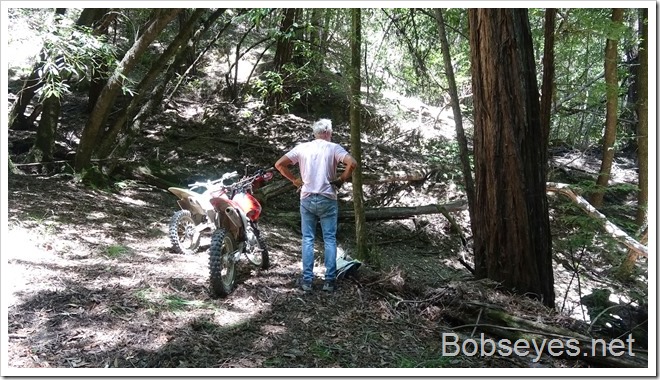 We stopped here at a neighbors and used their chairs for a nice break as no one was home. 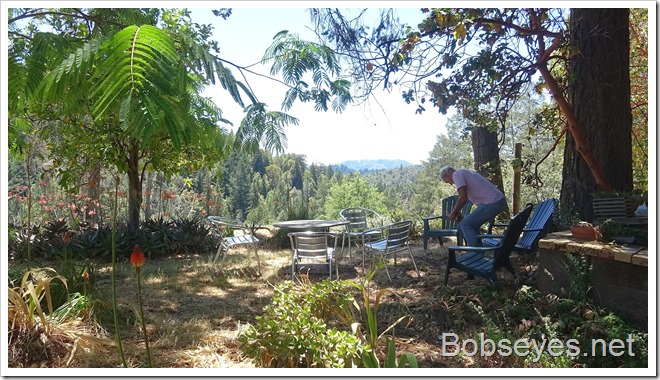 Then we rode on headed for the Top of the World but first Barry had to move some small trees out of the road. I usually let him ride first so he ends up moving most of the small trees off the road. 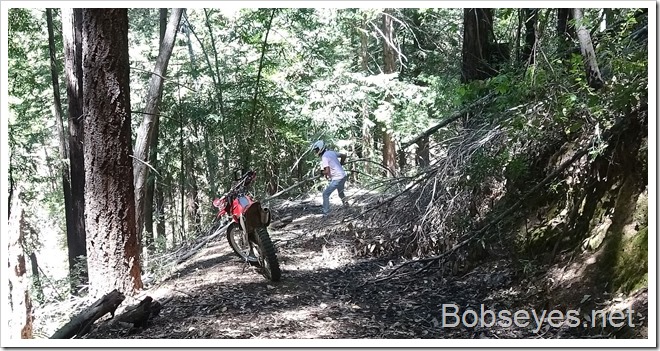 It was a clear day at the Top of the World where we got off the bikes and sat down for the view and a rest. 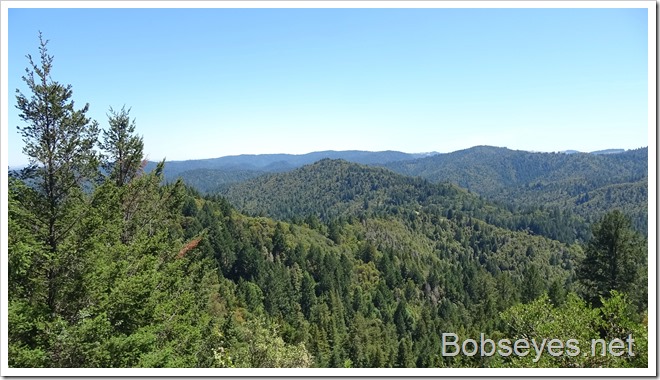 From there we worked our way back to my house and consumed a good amount of cherries.

Working on the old well project

After that I worked on getting sediment out of the old well with my usual helpers. When I start the water they all come over for a drink of water and to see what’s going on. 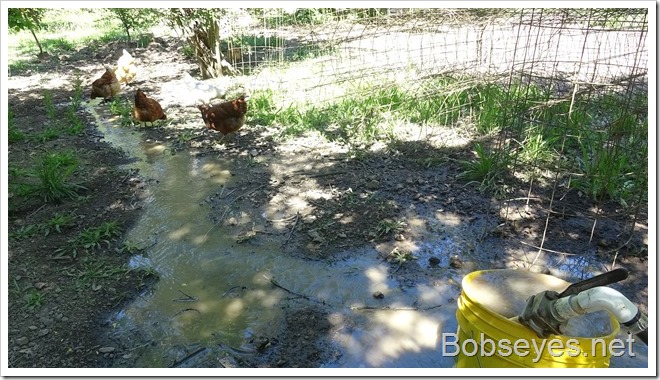 Some of  my other helpers getting a drink. 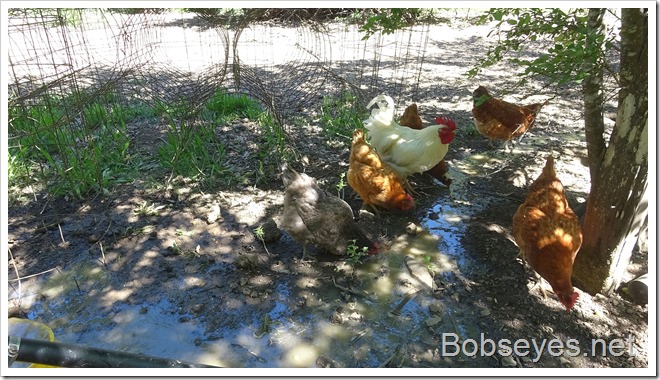 I worked on that for a couple of hours then mostly chair hopped and enjoyed the rest of the day.

Mr. Ed in comments asks how I can eat the one quarter share beef I just bought if they eat corn. Won’t that affect my corn problem.

Its’ one of my concerns although I don’t wish to test it as I have just too many problems determining what has corn in it as most of our stuff does and it’s hard to tell most of the time just what gets me.

However I don’t think eating corn fed meat will cause a problem as eating changes the molecule a lot, but the truth is no one really knows for sure so I do my best to avoid corn fed stuff. A bigger concern is usually what corn products they used in cleaning and processing which is something producers don’t have to tell you.

So I did check before I ordered the meat. The beef comes from a small cheese factory that only feeds their cows pasture and the whey from the cheese process. The guy at the farm said his animals don’t get any corn.

They also get the grain used in some local breweries after it is used to ferment and no corn there either.

I also checked with the butcher guys that kill the animal and do the butchering and no corn is used by them either as since I bought a quarter of the animal they don’t have to follow the government regs that say to use corn products on the carcass.

Let’s see, I bought the quarter share for 400 dollars and paid for killing and butchering and wrapping at 280.00 so 242 pounds of beef costs me 642 bucks.