Plans Change and I Get the Automatic Gate Lock Installed

My plan today once I got it going was to go down and kayak and see if I could find the turkey vulture nest…………….But.

That changed when I saw my brother Barry at the door. He had his dirt bike on his truck and was going for a dirt bike ride up in the forested hills…………….So.

I got my dirt bike gear on and we took off for the hills. Fortunately the rain was holding off until tonight.

One gets lots of exercise riding in the hills on the dirt roads as there’s lots of turns and ups and downs. There’s only a few real steep ones which Barry likes so I have to do them too. 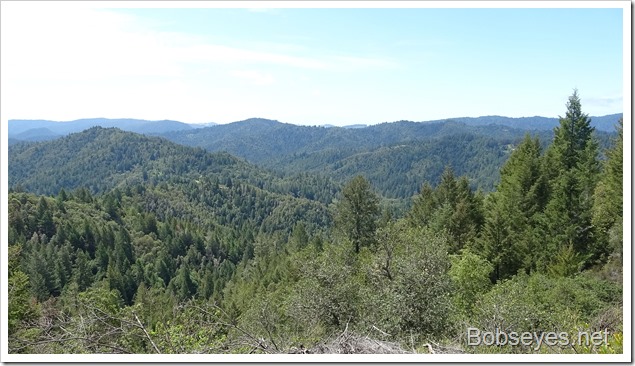 When you get older it’s a good thing to lay down on a slope so it’s easier to get up after. Barry demonstrates. :O) 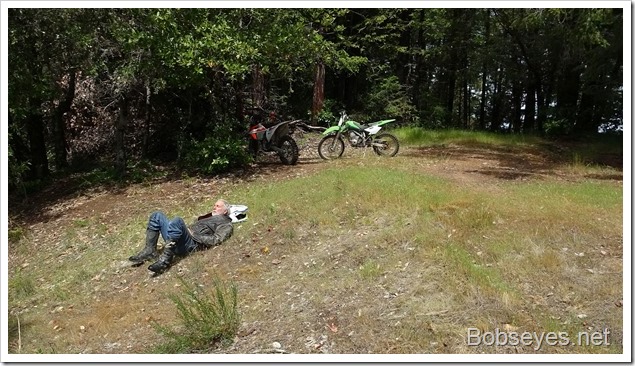 After a good break we took off again and did the roads we hadn’t done yet and some we did. 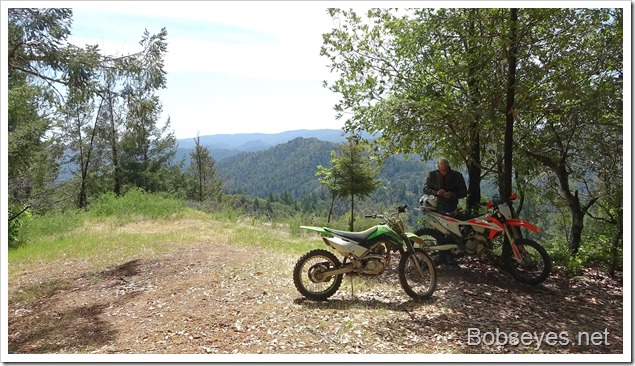 With all the strong winds we’ve had  lately I was surprised there weren’t ‘more tress down on the roads.

Barry stopped to see if he could  move this one off the road. 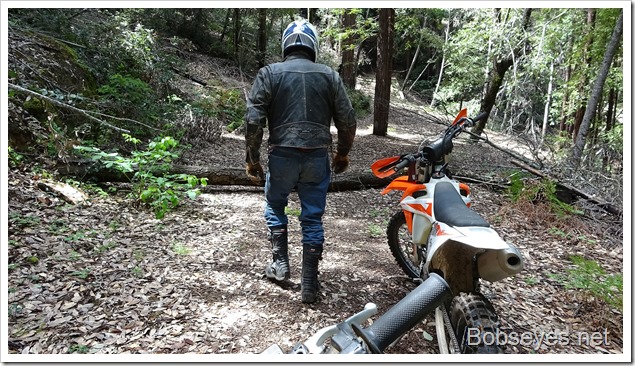 Nope, it was too heavy so we hopped back on the bikes and rode over it with a bit of a hop. 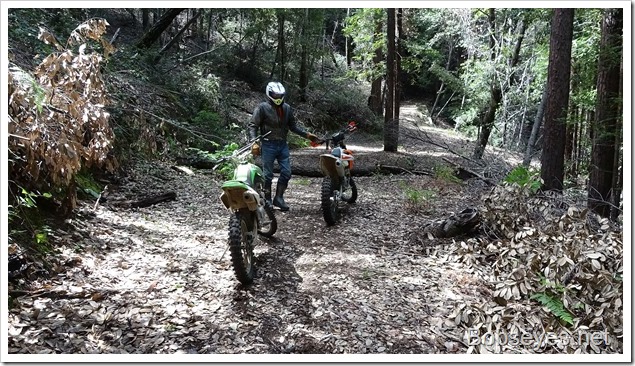 We rode around some more and eventually ran into this one which was light enough for Barry to get it out of the way while I watched. 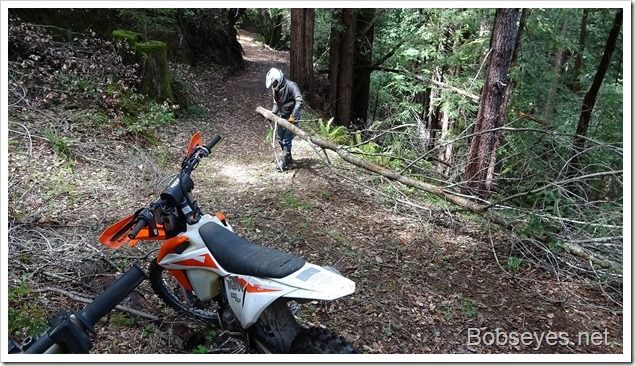 Eventually we headed on back to my house where the woodchip guys were dumping a load of woodchips. 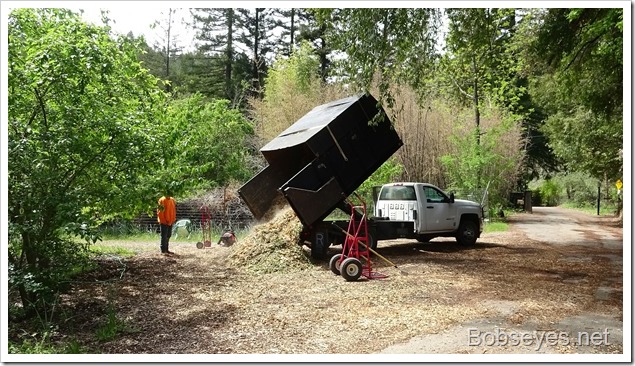 I gave Barry a flat of eggs and he took off for home.

After a nap and a good break I went out to see about getting the new automatic gate lock installed as it just came in the mail today. 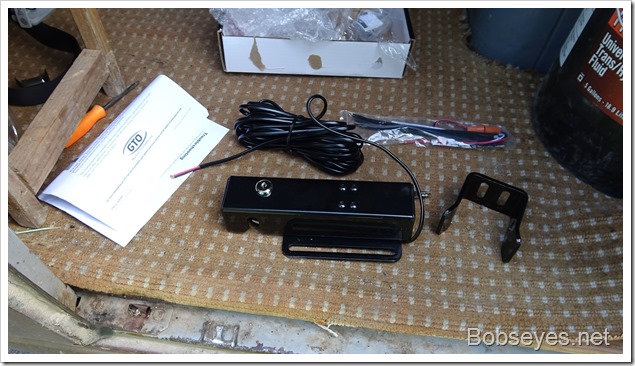 My old gate lock didn’t work after the fire guys damaged my gate pushing it open during my neighbor’s small fire that got away from him recently so I ordered a new one.

I thought this job would be an easy one, but no.

I got a few tools out and opened up the control house to start work on it. 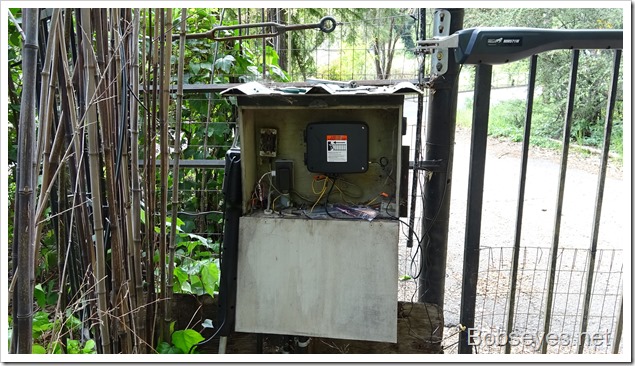 Once I removed the old lock and compared the new one things weren’t looking good as the new lock was completely redesigned and all the mounting holes were not going to match up to the old mount welded on the gate which meant I had to drill and grind and file metal until I could make it all work which took some time.

Here’s the old lock and the new one on the ground while I examine the old mount plate on the gate. That’s when I realize things are going to be difficult and take a lot longer than I thought. 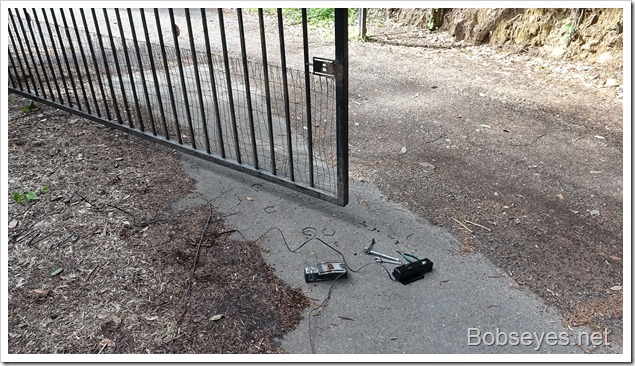 That all meant I needed a bunch more tools to get the job done. 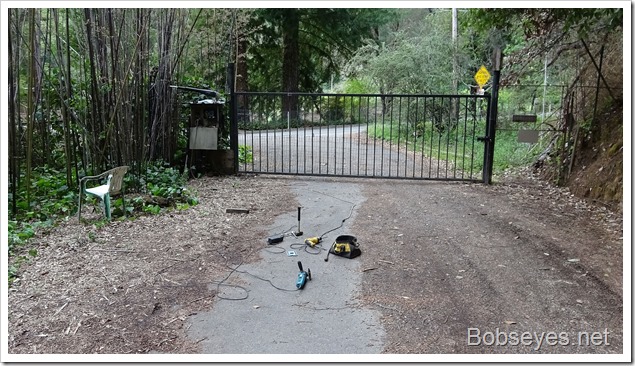 Here is the new lock finally mounted and all bolted up. 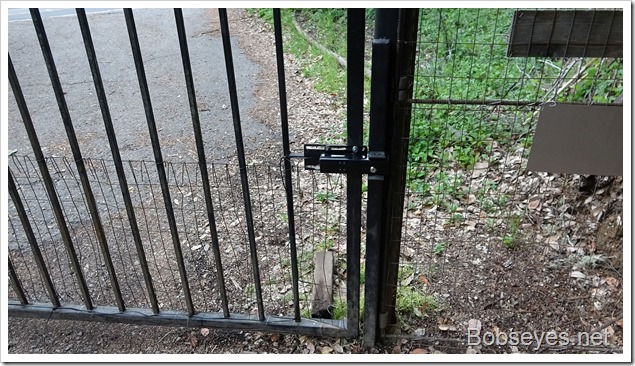 Here’s a closer look. Metal had to be removed from all the slots as they were different on the new one, off about an eighth of an inch each.

Once I had the lock mounted I went into the control box to hook up the wires. 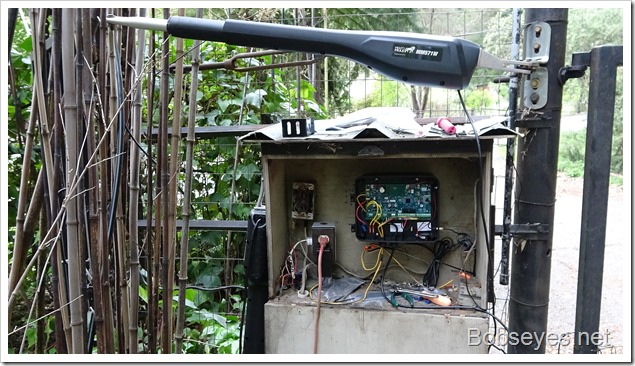 Once things were all hooked up I gave it a test and had to make some adjustments to the lock mount to make it all work as it should and now it does.

It was late evening when I got the gate done so I did some chair hopping once I put a warm shirt on and sat around until dark.

The rain clouds are starting to come in for the next rains coming in tonight. 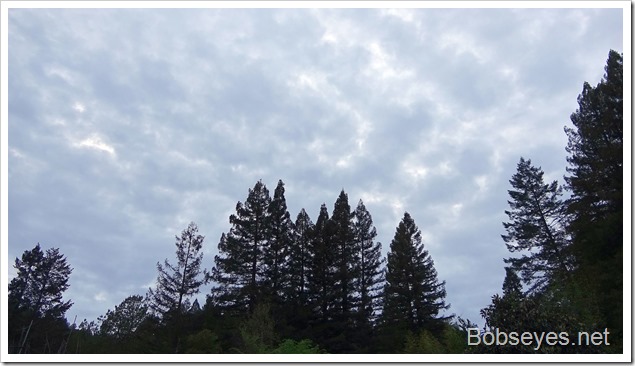 Nice day, I’m happy to finally get the gate all working again.