It was cool out today, so I put some lighter clothes on as I’d planned to do some trail work up in the hills but when I looked out the window my brother Barry was there with his dirt bike.

I went out and fed the chickens and told Barry to give me a minute so I could change into some warmer clothes which I did.

I put some gas in the bike and we were off stopping to get a couple of apples to eat later up in the hills.

We rode all around for about an hour going up and down and around and around. Then we rode up this ridge heading for the top of the hills where we usually take a a good break and just enjoy the day. 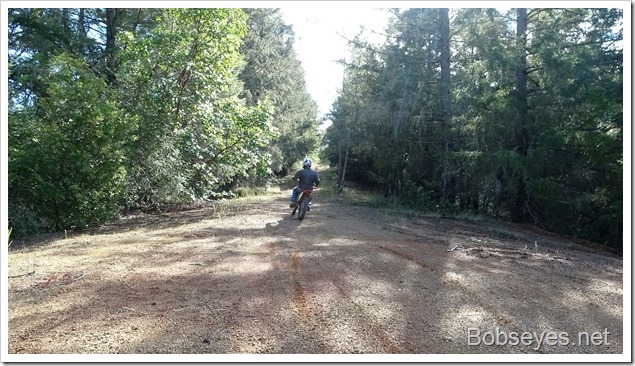 Our usual break area on the hill top. 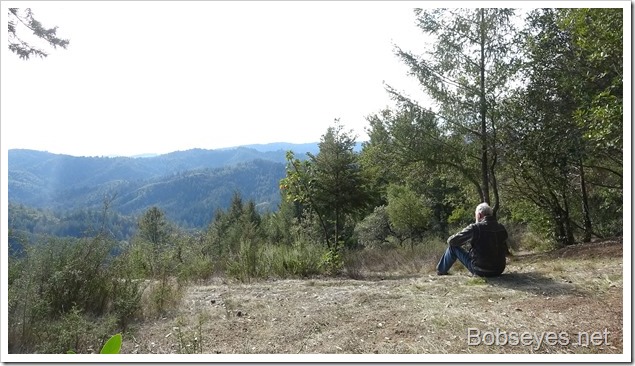 And the clouds were putting on a show up in the sky. 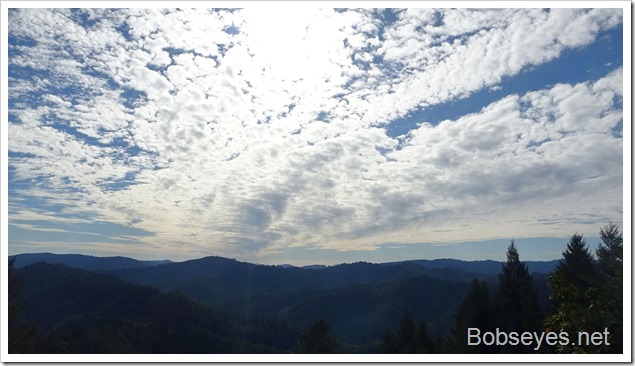 After a good break we took off again going down this road, likity split. 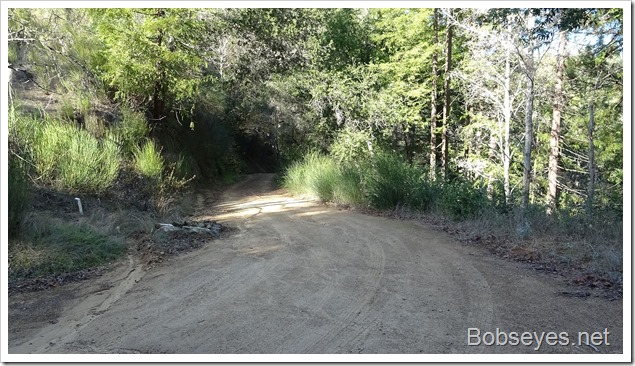 I let Barry go first as he likes to ride faster than I do and his bike has more power than the one I ride. 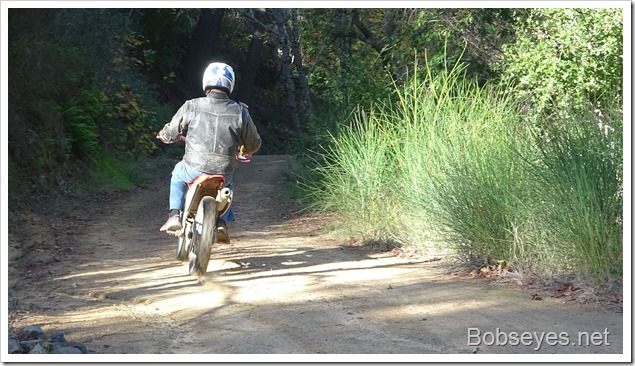 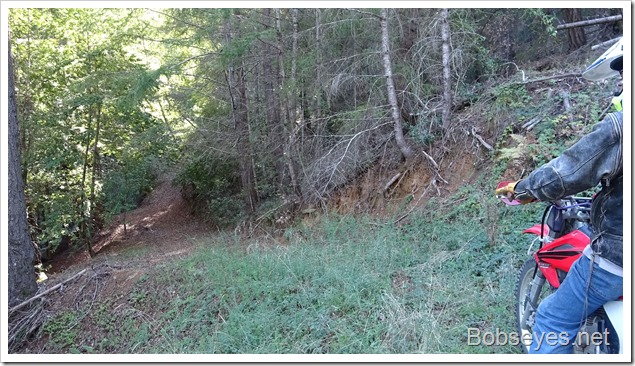 We headed back to my house and Barry took off for his house.

I had some stuff to do that I was planning to do,………But.

The nap won out.

After a good rest I went outside for awhile looking around. That darn squirrel is eating lots of my avocados and looking at the tree ,I don’t think I’ll be able to keep it out of the tree as there’s another tree next to it that it can jump from into the avocado tree.

He hasn’t found the pineapple guavas yet, but I did. They are just starting to get ripe and are pretty good. 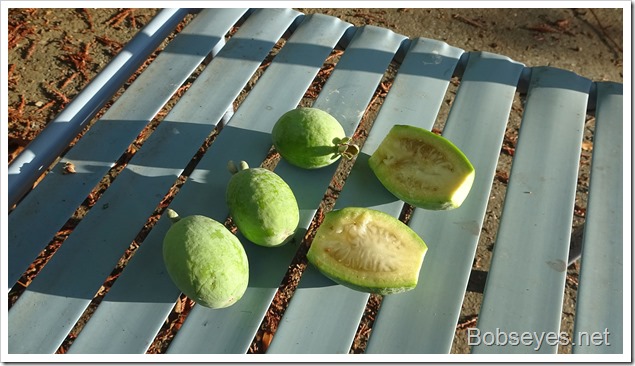 Since my quad runner battery died the other day, I put the charger on it for a few days. So now, I’ll check the voltage and see if it will stay charged or not. I’ll do this for a few days to see if the charge holds or not. I don’t remember the battery being that old so I was surprised it had died. Maybe it was just a loose cable so I tightened them up. 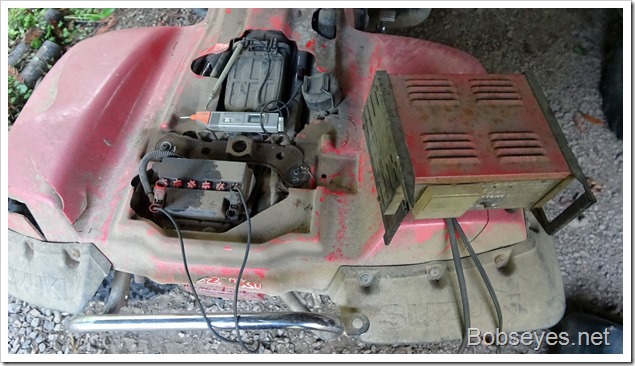 Darn, I had to have crab for dinner again tonight. If you want fresh crab you have to eat it while it is fresh. I pigged out again. Yummy.

(Visited 126 times, 1 visits today)
This entry was posted in Uncategorized. Bookmark the permalink.

1 Response to Plans Change Again, So I Change Clothes