Picking Raspberries,Trip Planning and a Family Get Together

Once I got it going this morning I needed to get out and pick some raspberries for a raspberry pie Dominique promised me and they need picking.

I mowed some of the weeds down in the patch yesterday. 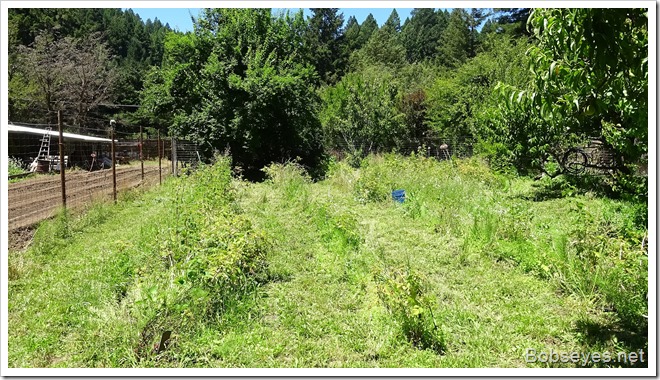 I picked about two quarts or so and froze them for later use. They sure are nice big berries. 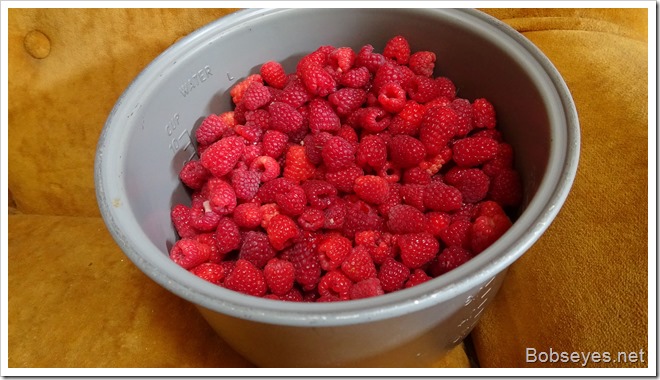 After lunch I drove on down to Ray’s house to talk with him about going on a trip a bit later. He’d follow me in his truck to the Jarbidge area and the Troy area in Oregon for a couple weeks trip. He seemed interested so I hope we pull it off.

From there I went to a family get together bbq and did some visiting. 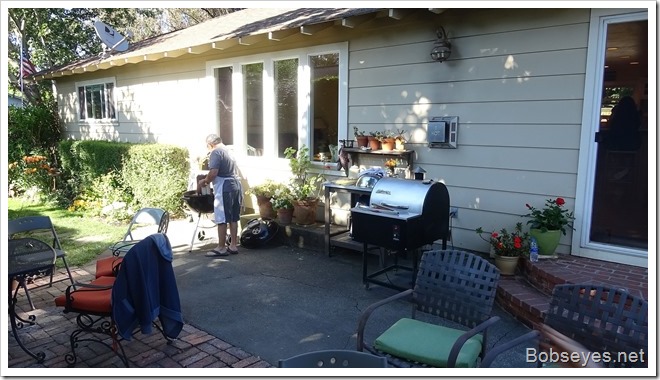 He cooked up some good stuff but I didn’t partake because of my corn thing.

Here’s the gang chowing down. 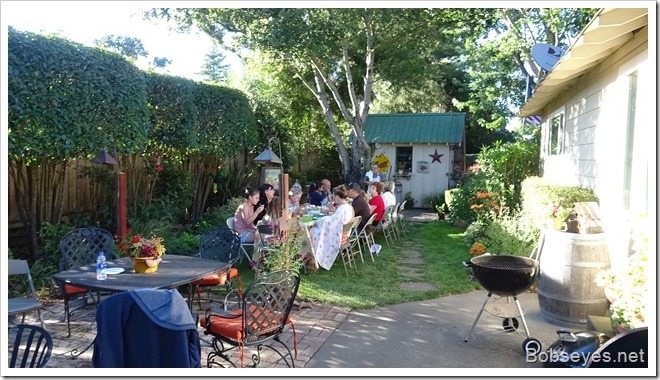 However when it came to dessert I did partake as the pies were made by Dominique of Dominique’s Sweets and she knows how to make them without any corn stuff in them. Let’s see, I indulged in peach, then apricot. Hummm good. And I had seconds on both types. :O) 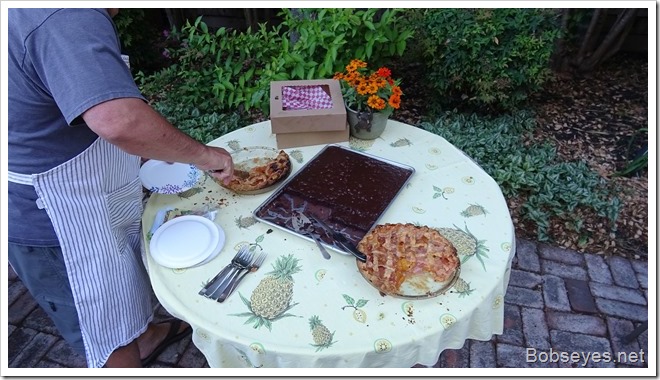 I had to pass on those nice looking brownies though, darn.

I made it home around dark and checked the chickens out which were all in bed and seemed to be doing ok. I have another chicken going broody on me but I stole her eggs for the second day in a row. I’m thinking if she keeps at it I’ll let her nest as what’s a few more peeps. :O)

Once in the house I put a cup of coffee on and relaxed and started this blog.