Steve said there’s perch off the Sixes mouth area in the ocean and we should kayak down there and catch some for dinner.

We were off early around 9:30 to catch the incoming tide from the low.

We drove down to the Hughes House launch area and put our boats in the water taking all the fishing stuff.

We just got on the water and Steve is way up ahead headed towards the ocean about as far as you can see. A bit foggy today with it waffling around. 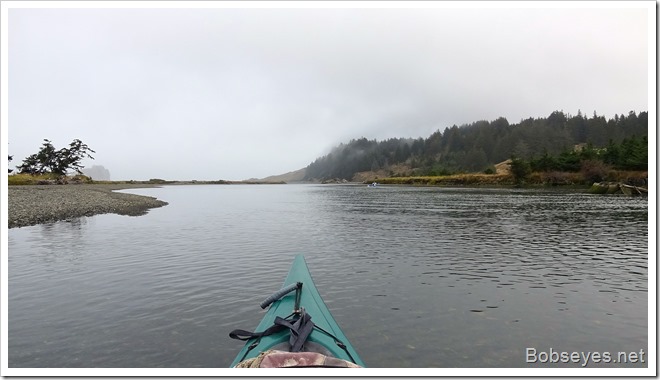 I caught up with Steve and followed him past these birds on the right. 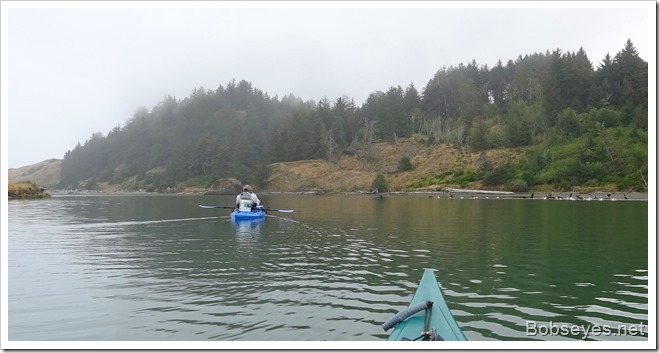 We landed here on the sand and had to walk over it to the ocean, not far. 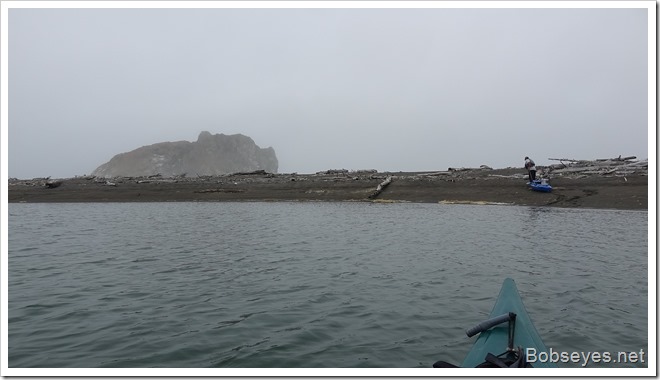 Steve set up base here and put his fishing stuff together to go fishing in the ocean. 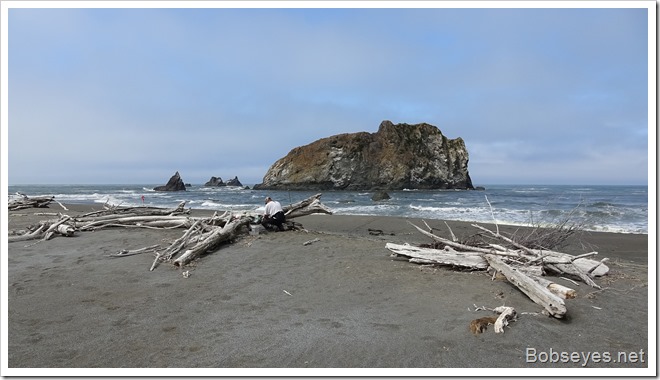 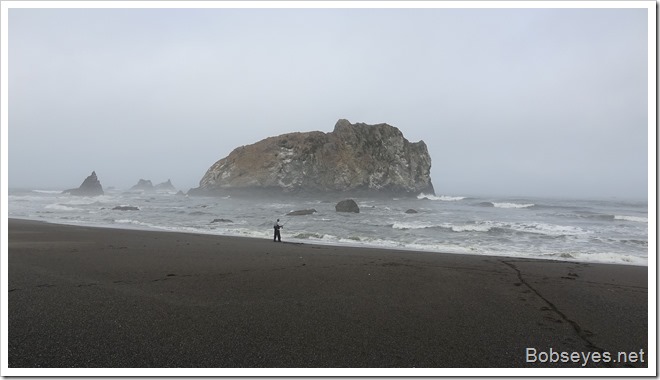 The only trouble was the ocean was a bit rough and dirty so the fishing wasn’t so good but Steve kept trying. 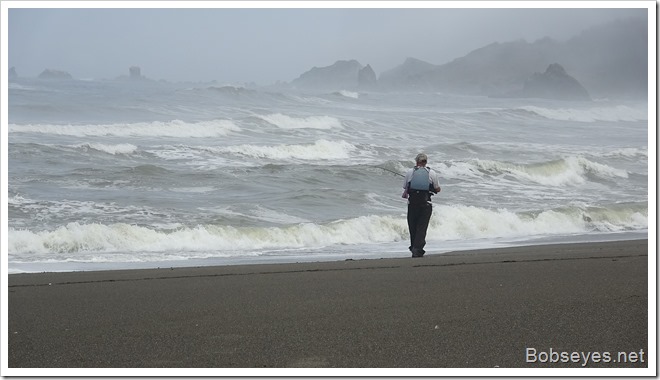 Walk to the mouth

While he was doing that I went for a short walk over to where the river was flowing into the ocean which is called the mouth.

I passed by these birds resting on the shore. Some of them took off as I passed by. 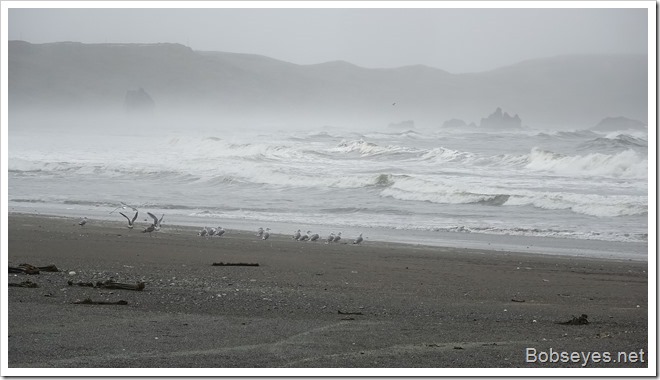 Here’s the Sixes River flowing into the ocean. 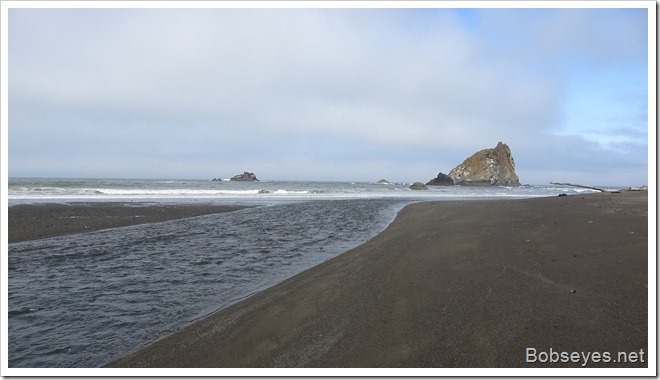 No sand crabs either

I took a different route back. Steve was using the shovel to try and get some sand crabs for bait but no luck at that either. 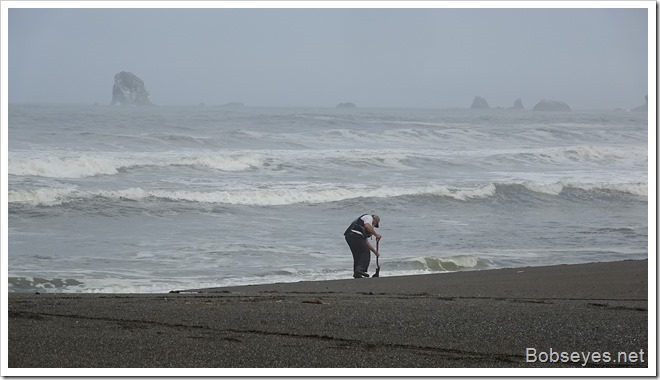 Steve kept at the fishing using his squid for bait. 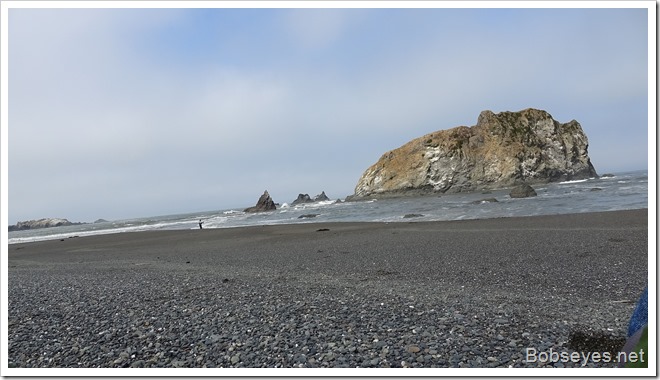 But still no luck, not even a bite. 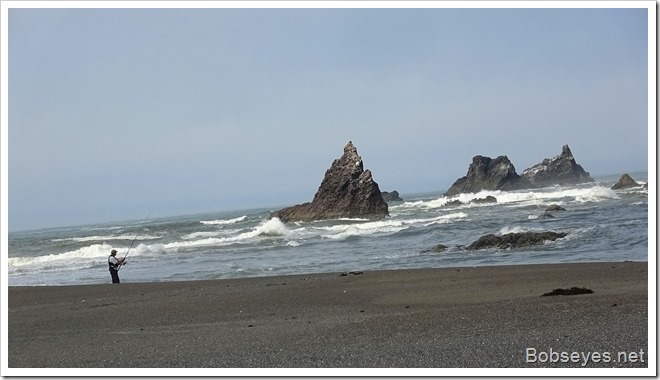 Paddling around the mouth area

After a good try he gave up and we put our stuff back in the boats and took off to have a look around the mouth area.

We stopped here in our boats for a break. 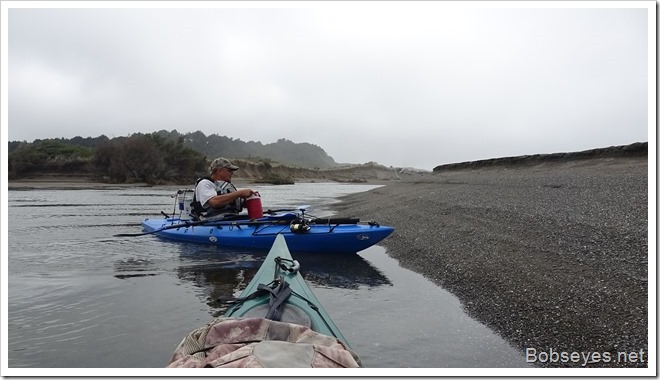 After a bit we paddled off going by these terns resting on the shore. These ones have some white spots on their heads which the ones in our area don’t have. They are a sky diving bird for small fish. 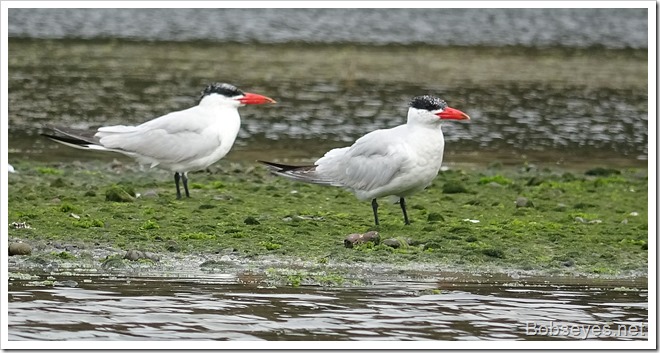 We paddled by the cormorants again and some took off. 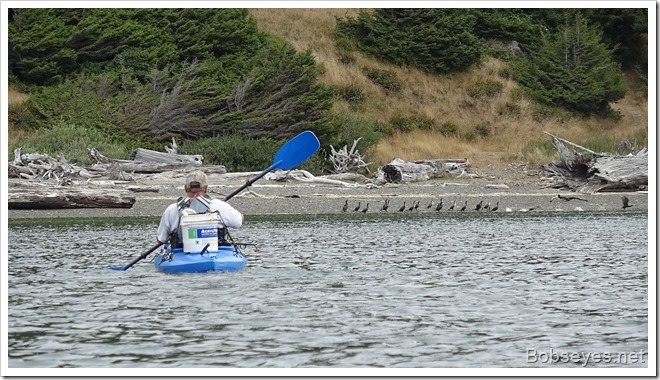 The boat takeout is just in front of Steve over there where we loaded our boats and stuff and drove on home as we were tired out. 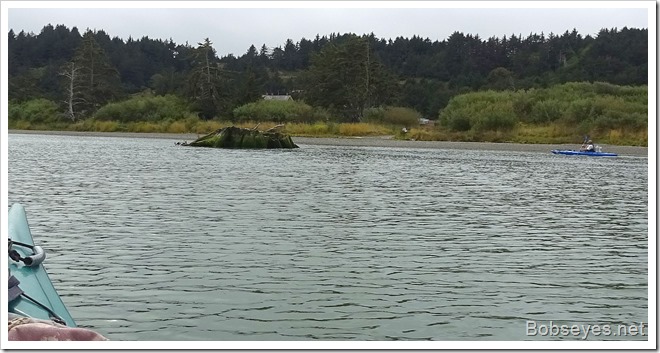 Something about going to the ocean makes you tired out whether you do anything or not.

So it was nap time when we got back to Steve’s.

Steve said not to worry, we have two more Steelhead steaks to eat for dinner. He cooked them up with some potatoes and they were excellent. Yummmm.

After dinner I returned to my camp spot and didn’t stay up long before turning in for the day.

Tomorrow I’m headed on home an all day drive.

Nice day trying to catch fish and having fun on the Sixes River.