Peeps Outside Already and Working On the Smoker Cart Rebuild

Messing with the peeps

I set up the pen for the new little peeps this morning. At first they didn’t want to come out of the coop so I shut the door and locked them out of it to force them to use the pen. They just need to get used to it. 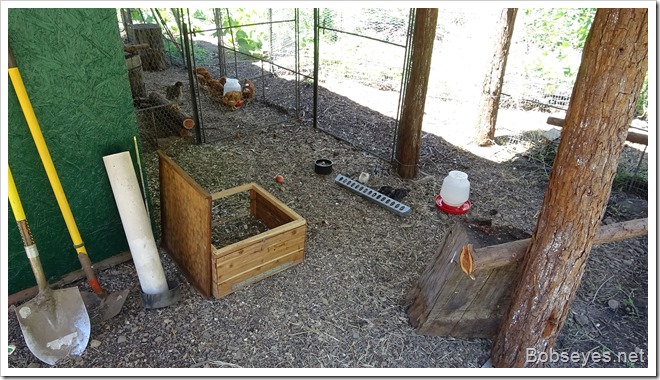 Carmelo is the only named chick and was watching the process. 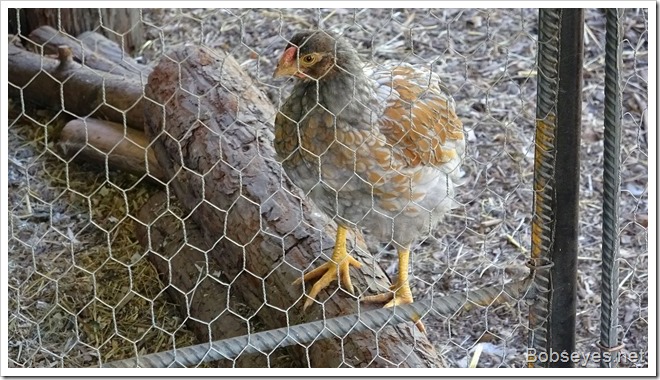 It didn’t take the chicks long to start running around and finding things on the ground to eat. 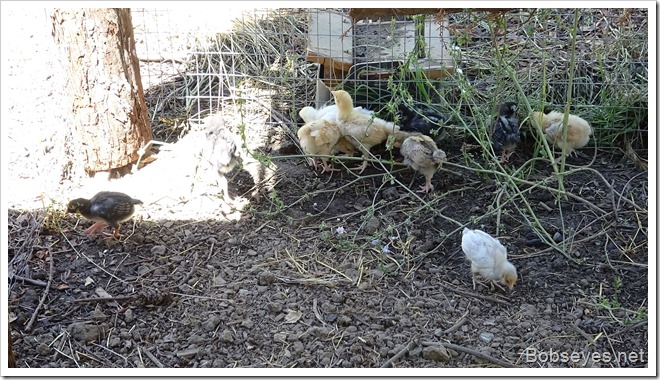 Working on the smoker cart

Eventually I got to work on the smoker cart. I got it cut in half and will use the part on the right with the wheels to mount the smoker on. 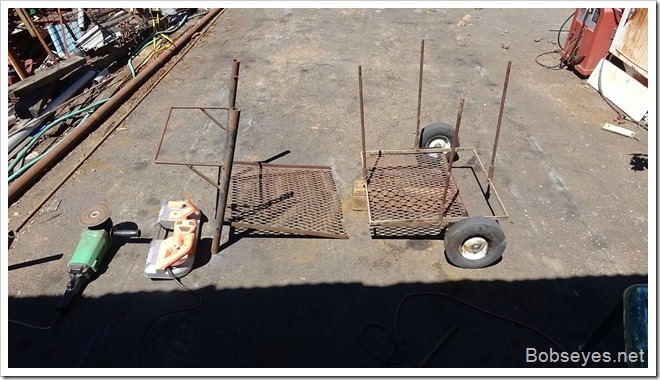 I cut the part on the left down some and am now getting ready to weld it back together.

It’ll be a lot shorter once I get it welded up. 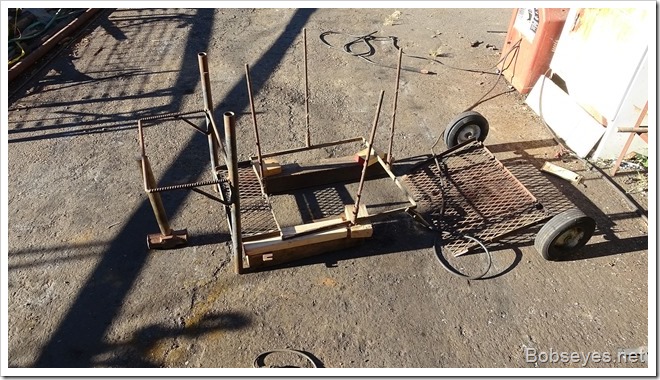 When I checked on the peeps they were doing well and seem to have adapted well to the pen already. The larger bird in the pen next to them only seemed interested in what they were eating and wanted some. 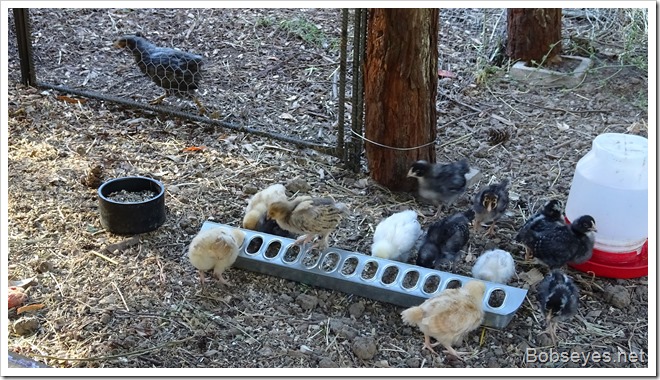 In the afternoon, I picked all my pole beans and cooked them up for an afternoon snack.

Here’s the pole bean plants in my garden. 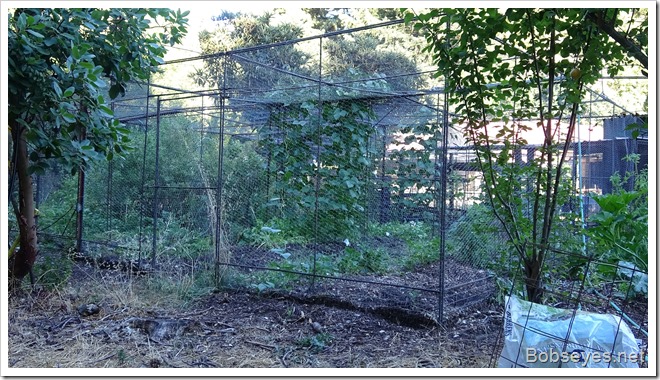 After that I went back to work welding up the cart which now looks like this. 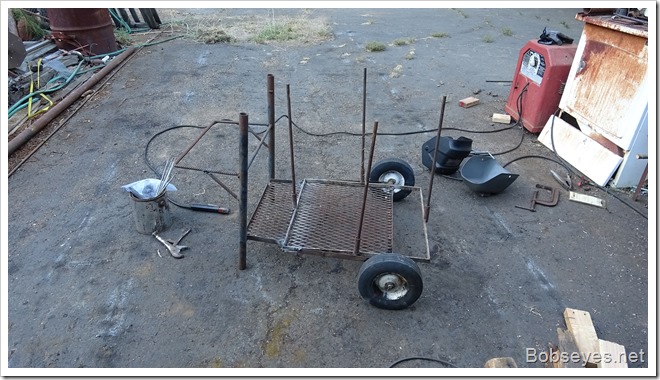 I didn’t have enough energy to get the smoker mounted on it, maybe tomorrow.

Near dark I found the new chicks resting just outside the coop door. 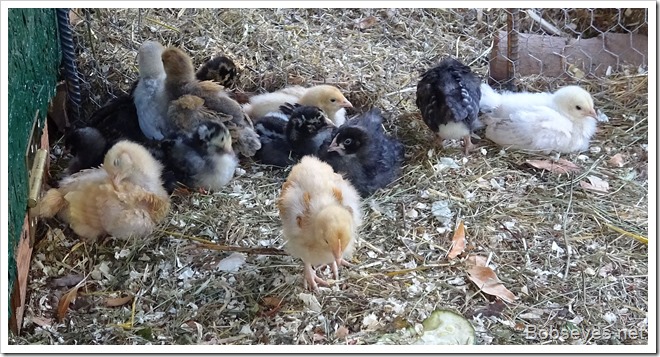 I opened the coop door so they could get in if they wanted to, but last time I checked they were still outside.

They are doing so well outside that tomorrow I think I will keep them outside in the pen and shut the coop on them as they don’t seem to really need it.

I’m also thinking of getting a few more of the Brahma’s, the white one on he right as they are big birds and would be good for meat, but we’ll see.