Peeps Doing Well and A Little Boo Boo Slows Me Down

The first thing I did today was chick on the peeps to see how they were doing. Things looked pretty good. They didn’t turn over the food dishes now that I’ve put the rubber bands around them to keep them from standing in the bowls. Now they stand on the rubber bands instead which is ok.

I cleaned out their water device as it gets full of wood shaving from all the scratching they do. They are starting to drink more so I’ll need to get some bigger water holders soon.

In the middle of the day I removed the cardboard I have around the sides to see if the chicks were big enough or they could still get through the one inch slots in the wire. I did find one of the black ones got through when I checked later.  It scooted back through to get back with the rest of them when I came in.

Here they are as I saw them this morning. 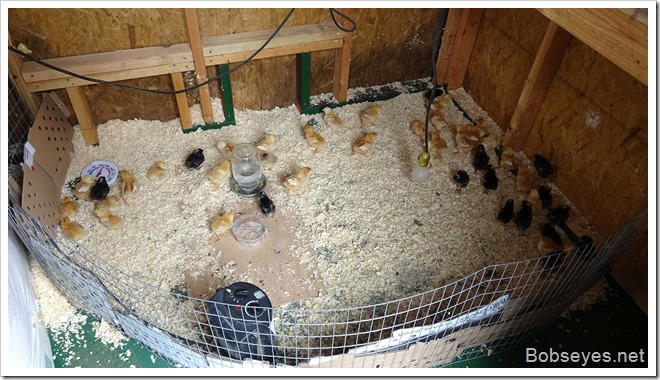 Working on panels and doing one wrong

It took me awhile to get into working on the panels, but eventually I attached the wire to the mulch area panels. They aren’t nice and square so they were more complicated to make.

Unfortunately this largest one I made wrong and had to redo. 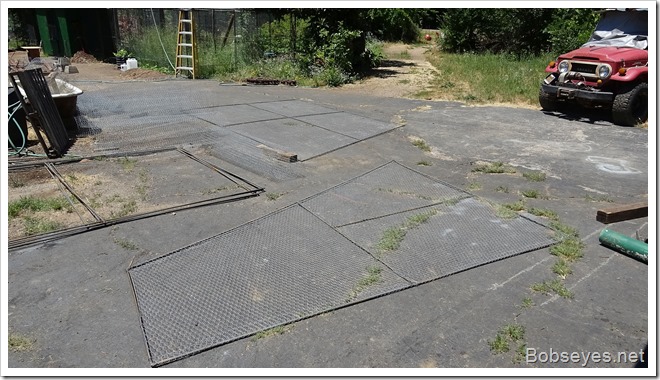 No way around it

I moved that largest panel over to the spot where it goes and tried to install it, but part was too large and part of it was too small, so I took it back to the welding area after studying the problem for awhile and realizing there is no other way.

Here’s the panel ready to install, but it was the wrong size. 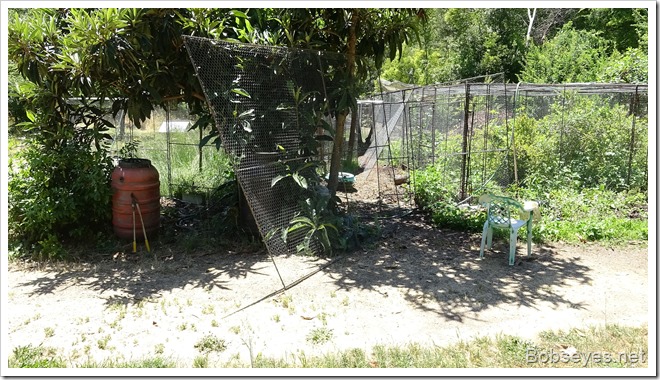 What I did wrong

I had transposed one of the long bars with one of the short bars and also measured one of them wrong too. Not sure why, but that’s sometimes the way it goes when making stuff. Nothing to do but redo things the way they should be.

After I installed more chicken wire on the panel I dragged it back to the enclosure. It was still a little off, but by tweaking it this way and that I was able to get it all installed.

Finally the panel is up

Here’s the  mulch area with the ceiling panels installed. I still have a small one in the back to do and that will be complete. 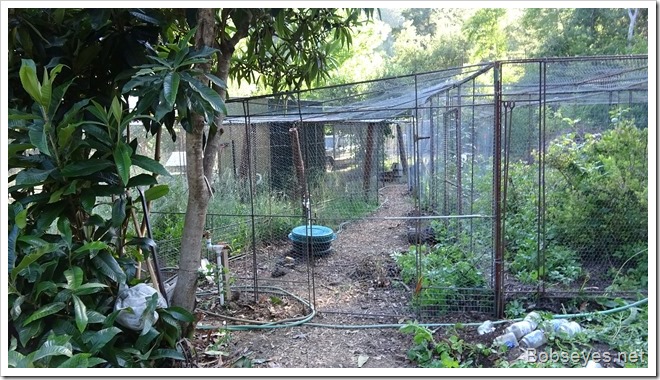 Munching around the yard

I was in the blueberry patch several times today snacking as the blueberries are starting to ripen up faster now.

I also have a lot of plums trees that the fruit is getting ripe so I eat quite a lot of those plums and I did a visit to my brother’s raspberry patch too. The berries there are just starting to ripen.

Because of my mistake I didn’t get what I had planned to get done today, but that’s the way it goes.