First thing I did today once I got it going was to check on the new peeps to see how many. Only three. There were four yesterday. Looking around I found rats had tunneled under the nesting box and must of ate one of them. I plugged up the rat hole and made it harder for them to do that.

Here’s two of the three that are left. The hen is still sitting on some eggs that may or may not hatch. 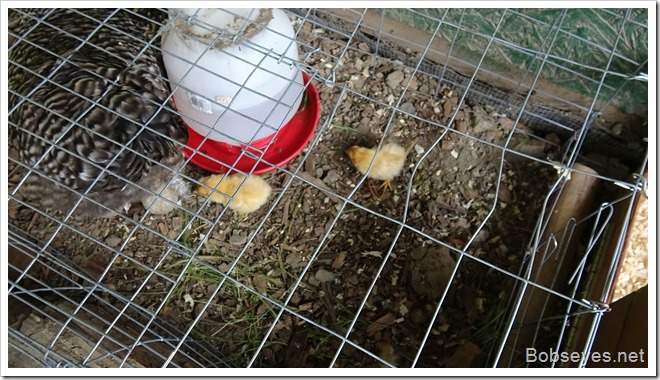 I was working on removing this collapsed bulkhead from this ditch when my brother Barry drove up. 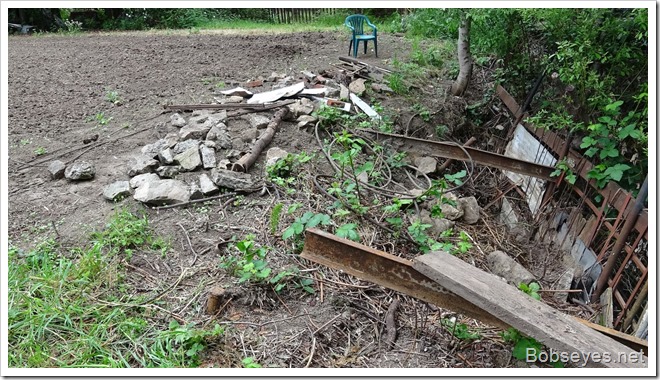 Skid plate and a ride

He had a new skid plate for his dirt bike and was trying to put it on. First we had to find a nut we didn’t need then somehow he got me down there doing the job. We got it done so I got my other brother’s bike and  joined him on a ride up in the hills for an hour or so. 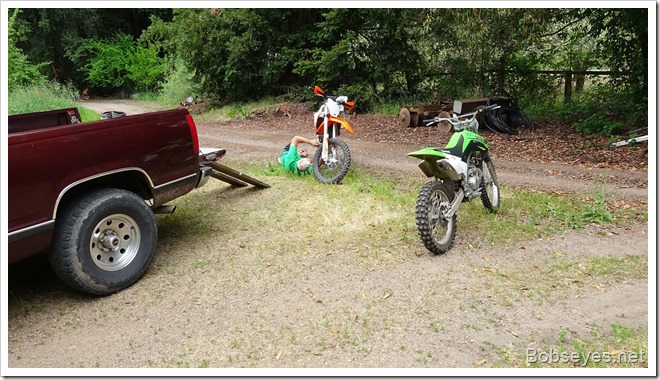 I followed  him but stayed back a bit to avoid the dust which wasn’t really too bad yet. 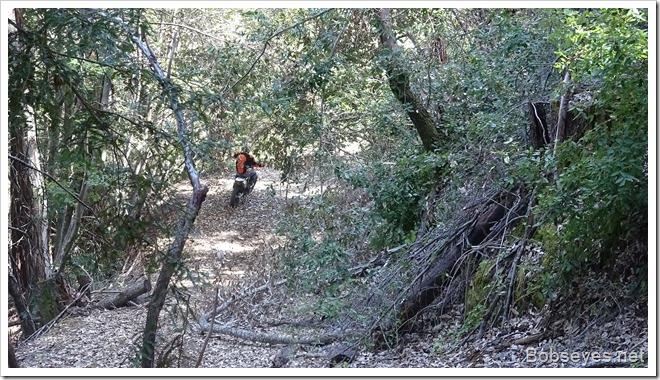 We stopped at what is called Top of the World for a break. 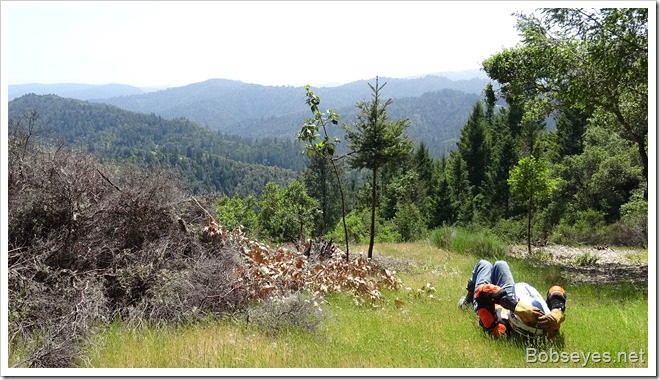 We continued on and rode around until we were fairly tired out going through this area. 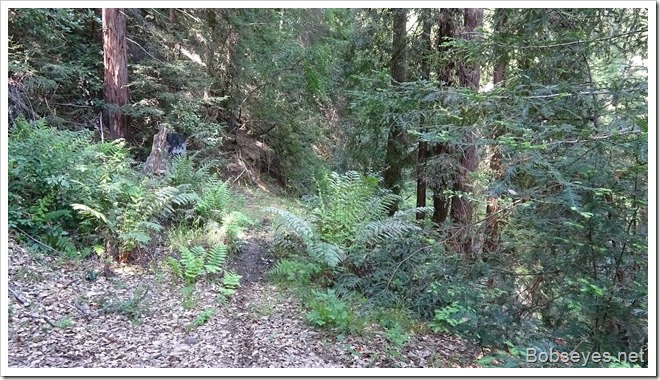 When I got home I could barely move when I got off the bike so I took it easy for awhile.

Back to the hard work

I soon was back removing the rocks from this bulkhead. It’s not easy but keeping at it slowly gets it done. Once I get all the stuff out I will cut the steel stuff out and repair things hopefully doing a better job then the first time. I also want to fence the dirt there on the left as it’s a planting area and a good growing area.

All I can do today

I still have a few more rocks to get out but I have most of them out and that’s all I can do today. 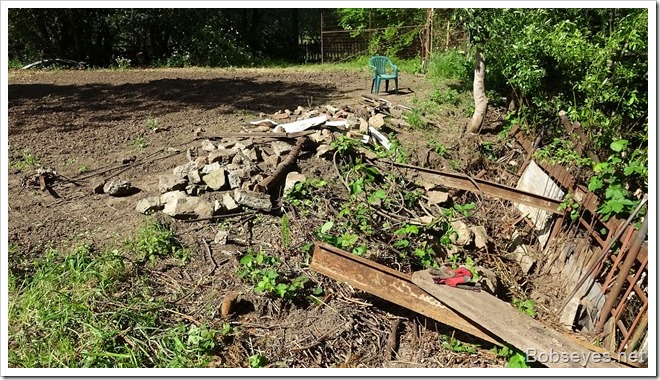 Can’t do what I used to do

Just getting up out of my chair I can hardly move and it hurts a bit too. :O) Just loving this older age. :O)