Peeps and Chickens, Some Gardening and a Darn Deer

This is what happens when I let the chickens out into a new pasture to graze. I only let them into this spot late in the day for a couple hours. They run and hop and fly on out like hey, this is great. 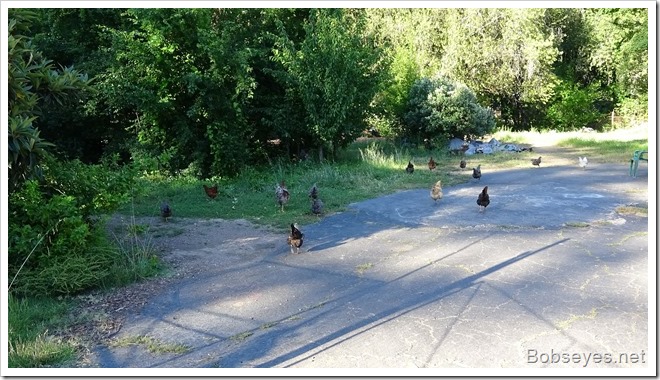 When I go into the pen with the chicks this little chick runs up to me and peaks my shoes real hard. It’s like hey, let me up there. 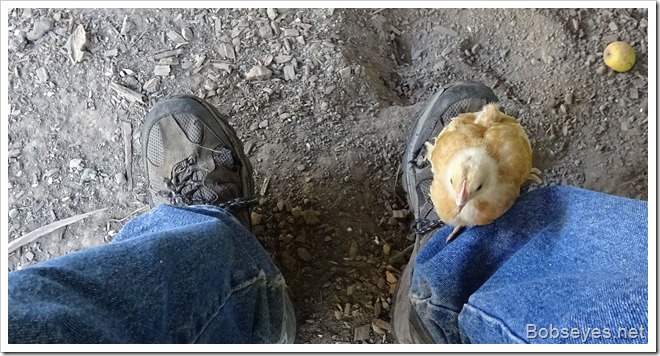 So I reach down and pick it up and it’s happy. I call it Lil Red. 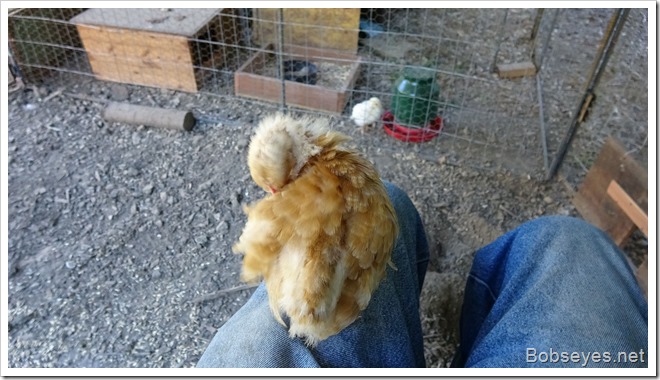 The raspberry patch is just coming on with ripe berries so I’ve been munching them as I go by during the day. These are ever-bearing so I should be eating them most of the summer. I’m still waiting for our big patch to kick in as those berries are a bit behind these ones. Lucky me there’s plenty of these. 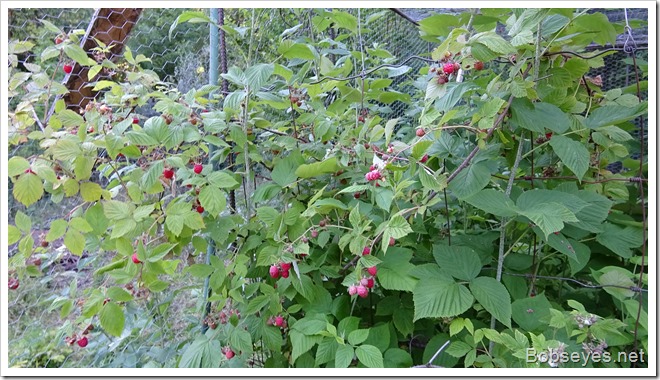 Here’s one of he little store bought peeps, a meat bird getting a drink of water. 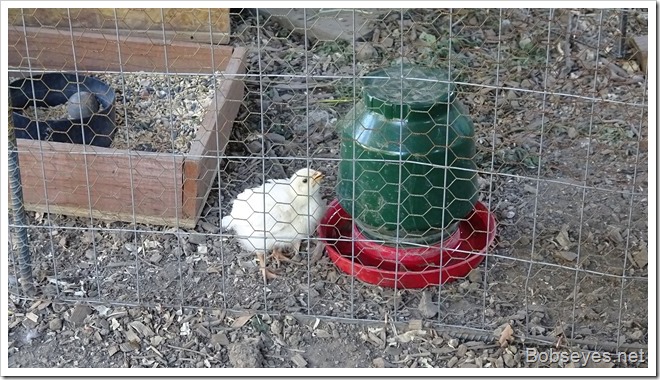 Earlier I threw this bird peaked loquat onto the peeps floor but they didn’t touch it. I picked it up and broke open the surface just a bit and through it down on the ground again and kicked it around a bit to attract them. With the little taste from the broken skin they got right on it. 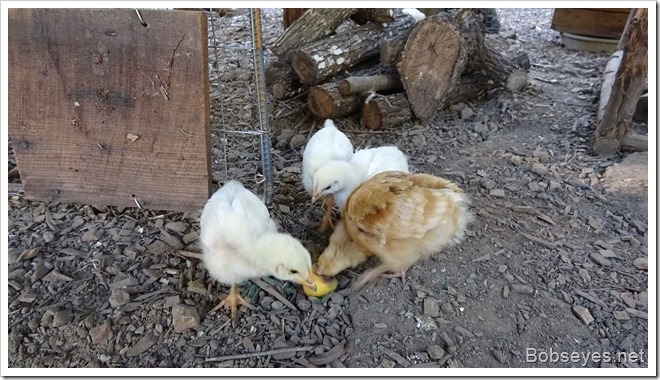 Later in the day as the sun was low in the sky I dug up this dirt. I have some squash and pole bean plants to transplant from another spot into this spot. 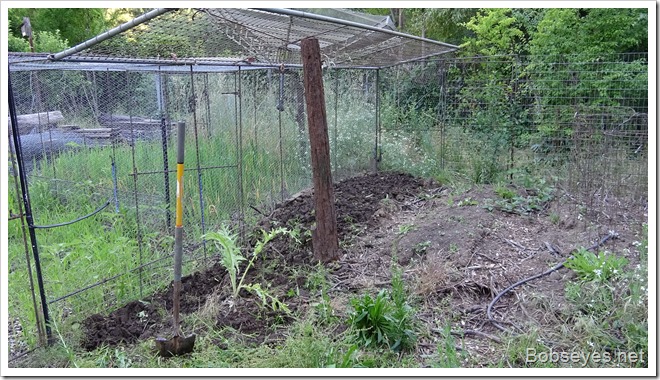 Once dug up a bit I went to the other area and dug up the plants and put them in here. 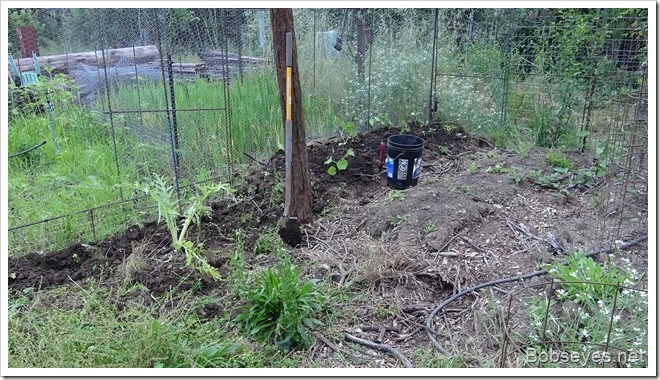 Then I turned the automatic sprinkler timer to manual and watered the new plants in. 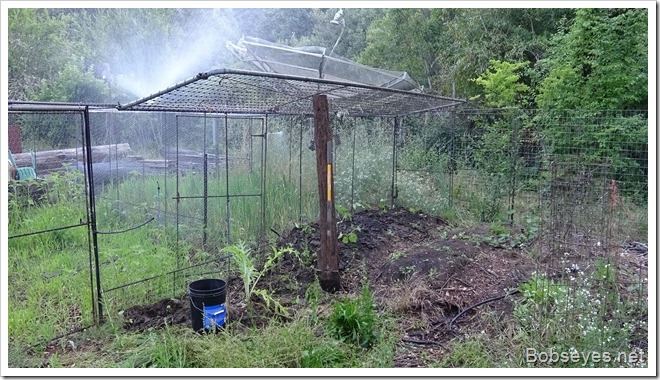 Here’s the chickens in their roost at the end of the day. They came in early today for some reason. Must have been full. 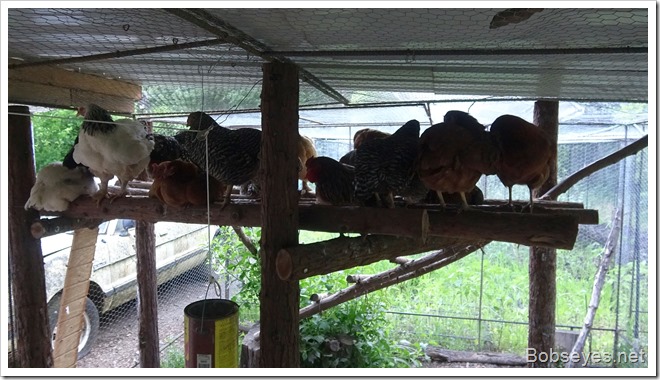 At the end of the day I was going around the yard checking gates and stuff and I spotted this deer in the garden. I had already chased it out that gate once today a bit earlier. It comes in this way when my brother goes through it with his golf cart and leaves it open. I had to chase it around the yard after I got the gate open to get it out. 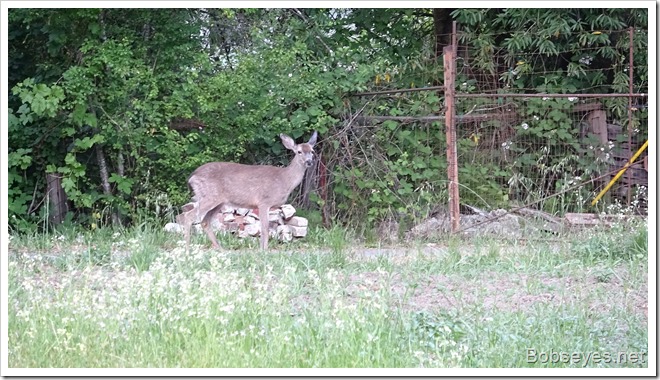 Other than some chair hopping and a bit of watering the weeds that was pretty much my day.