Peeps, a Motorcycle Ride and Finishing Prepping the Van For a Desert Trip

Testing how much the chicks eat

Last night I emptied the black feeder as I wanted to see how much feed the chicks consume in a day. Turns out they only lowered the white pipe six or seven inches which means I have plenty of feed to tide things over while I’m on this trip. 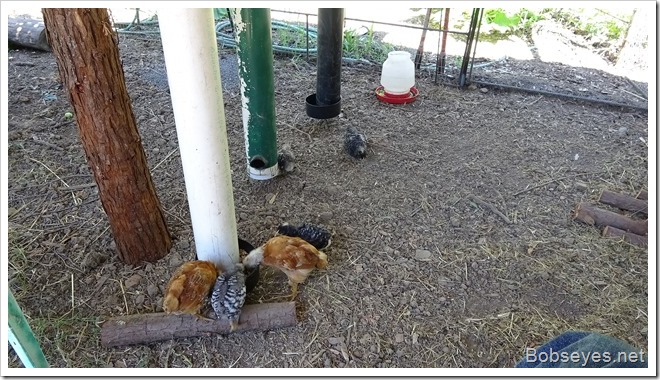 This was a puttering type day as all I really had to do was finish getting the van loaded up for this trip to the desert and I didn’t have too much of that to do either. So it was mostly a sit around day. All my other projects are mostly completed so there was no need to deal with any of that stuff either.

In the afternoon I decided to charge my brother’s motorcycle battery and also check the water tanks to see how full they were.

Here’s our water tanks and they are full of water, to the top. 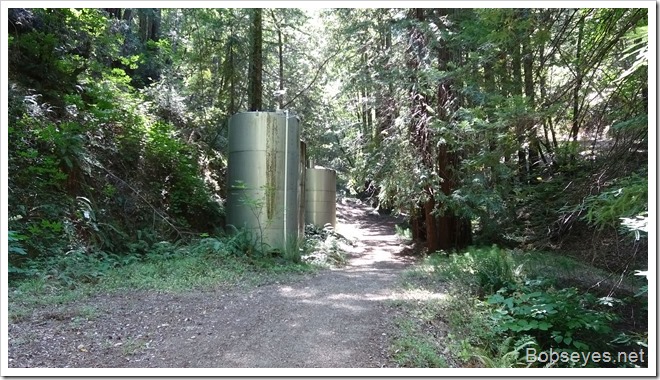 I rode the bike up the hill to the ridge top and had a nice break here for a bit. 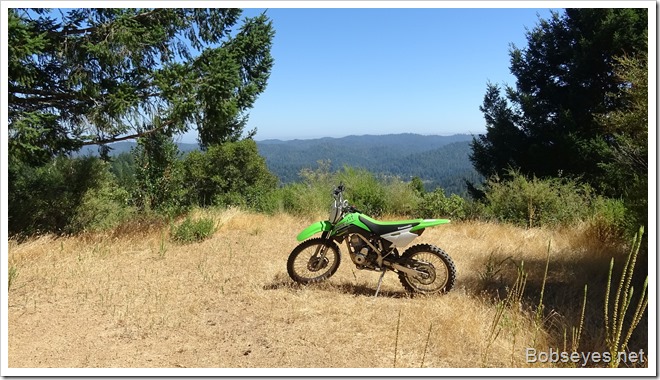 Of course there’s always the view of the town of Guerneville down there. 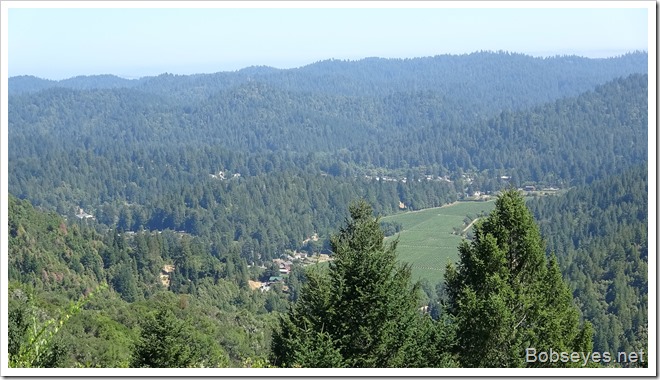 As the day cooled I got to work

Once I returned home I sat around some more waiting for the sun to start down. Once it was down a bit I loaded my kayak and paddles and stuff for the boat and since the van was cooled down I loaded some more food stuff and some shirts. I never know what I might need in shirts so I always end up with way more of them than I need, but at least they are light and store easily. 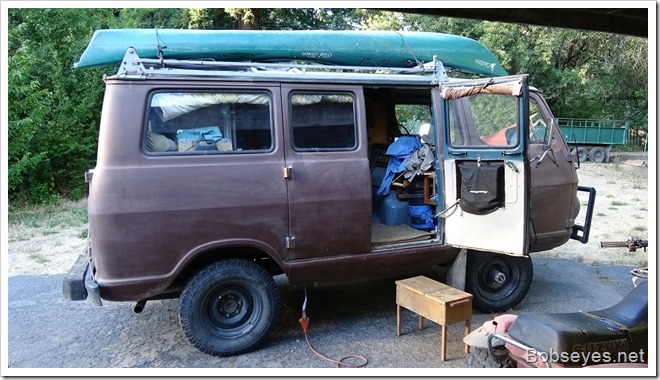 It mostly just needs the cold stuff loaded which I will do in the morning.

That was pretty much my day for a lazy one.

Off to the desert

Marty and I will be leaving tomorrow morning for the north eastern part of Nevada and south Idaho. We’ll be near the Duck Valley Indian Reservation and the Jarbidge area and internet might be a bit shaky but I’ll post when I can.

(Visited 242 times, 1 visits today)
This entry was posted in Uncategorized and tagged motorcycle ride, prepping the van for a trip. Bookmark the permalink.

3 Responses to Peeps, a Motorcycle Ride and Finishing Prepping the Van For a Desert Trip