Lost a chick I think

One of my baby chicks disappeared yesterday. I think a hawk might of got it as it’s been going outside the pen where it’s not safe for little guys. At least I think I lost one but I’m not sure for certain yet as they can be hard to count sometimes.

To prevent this I needed to make a special chicken door that would let the larger birds out but not the little guys.

I measured and cut some rebar and welded it together and put some wire on it and made a small door that would open at the top to let the big guys go through but not the little guys.

Here is the thing I put together with the door propped open and now needs to be installed. 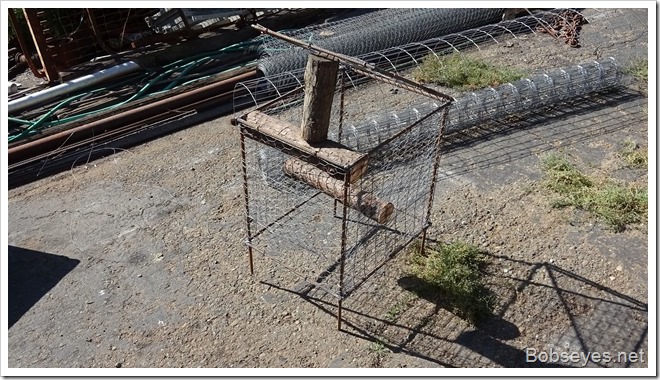 Checked out the Ford tractor

I went over to check out my bother’s old Ford tractor as there was something wrong with the fuel line as it wasn’t letting much fuel down to the carb. 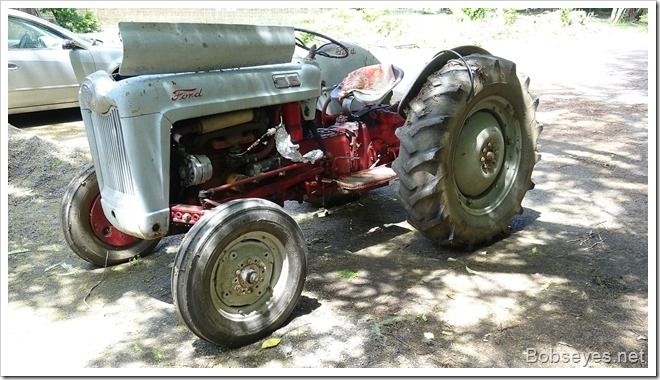 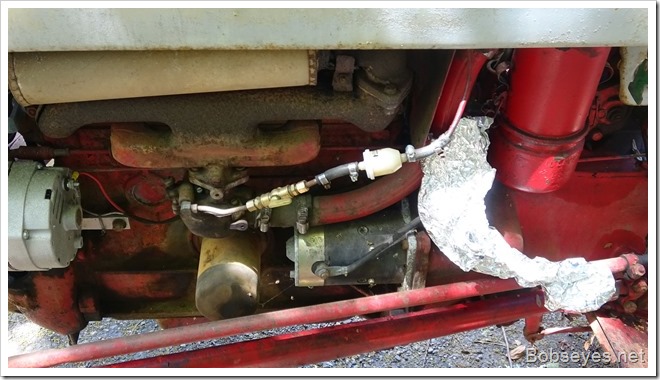 I was eager to get the new door thing installed before I lost another peep.

I worked on installing it. There’s  a chicken run there that the big birds use but if the little guys use it they can get out as there is some wire there with big holes in it that the little guys can use to get out.

Here’s the new door with the door closed up so no birds can get out to  keep the pen safe at night. 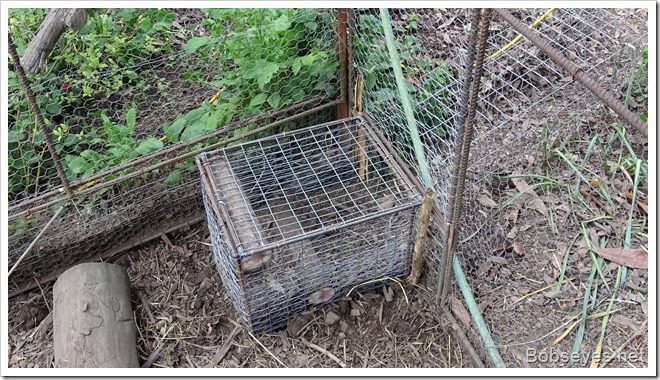 Here’s the new door with the door open for the big birds to get to the run. The smaller birds are too small to get up to the door to get out so this should work to  keep the little guys in and away from the hawks. 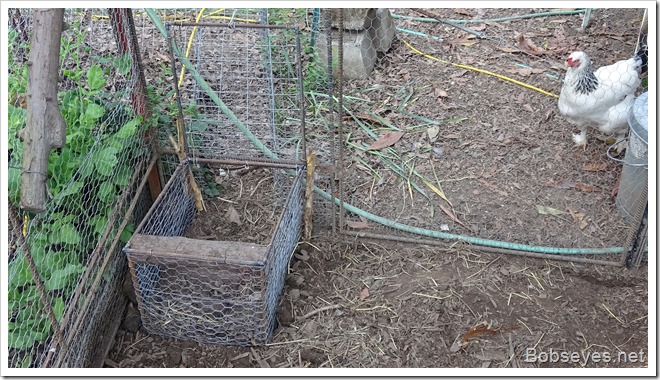 Late afternoon I got to work on replacing the broken shackle I broke on my last desert trip.

Because of the rubber mounts the old one is real difficult to remove but I eventually got the old broken one off. 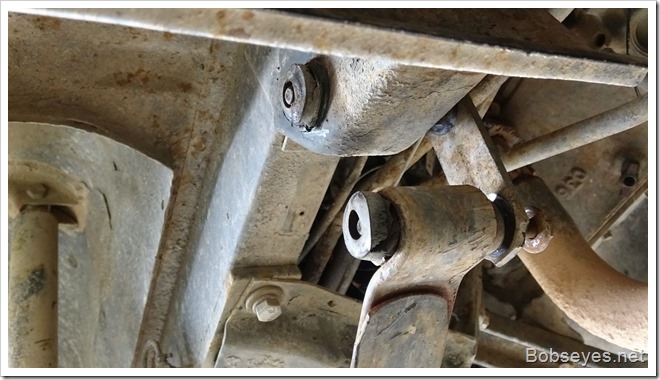 The new part was a bit different than the old one and I wasn’t sure it would work but after I got it all tightened up it appeared to fit ok and I got it done. 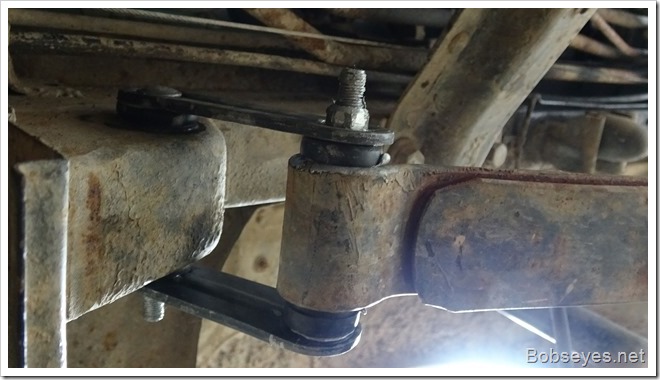 I only have a couple small things to do to finish off the van project, but not today.

Towards evening I moved one of the chicken’s water bowls to this new spot. I think it will be easier for me to clean it out in this spot. 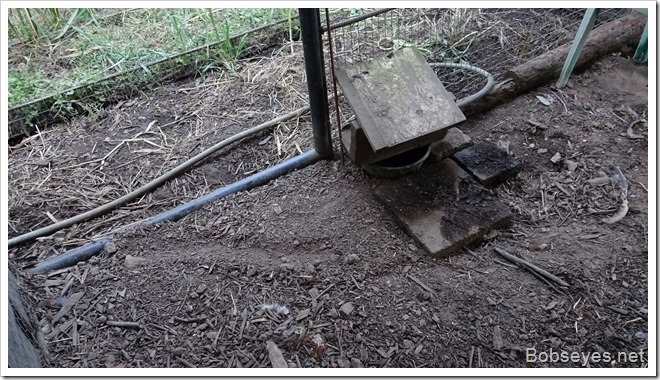 The chickens must know it’s supposed to rain tomorrow so they went to bed early today. 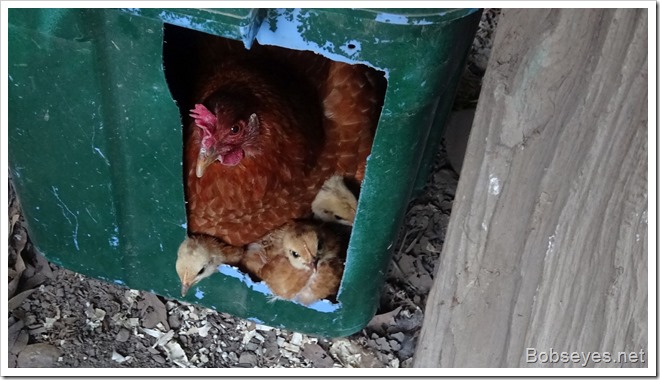 I put a few things a way that might get wet in the rain and did some chair hopping and puttering around and that was my day just taking it easy and getting stuff done.