It wasn’t raining today when I got it going and there was even some sun out, but I hear there’s more rain storms coming soon so I thought I better get out for a yak while I could.

I drove on down to the Jenner Overlook that looks out over the river and ocean.

The view of the river on the left with the ocean on the right. 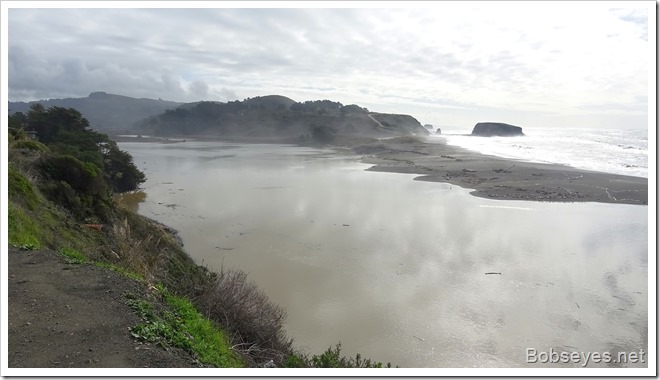 Looking out over the river’s open mouth into the ocean. It looks like the mouth opened naturally this morning or so as the water level was slowly going down in the river. 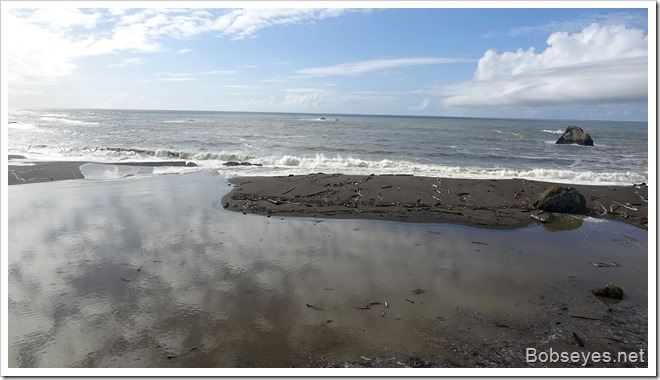 Looking south from the overlook. 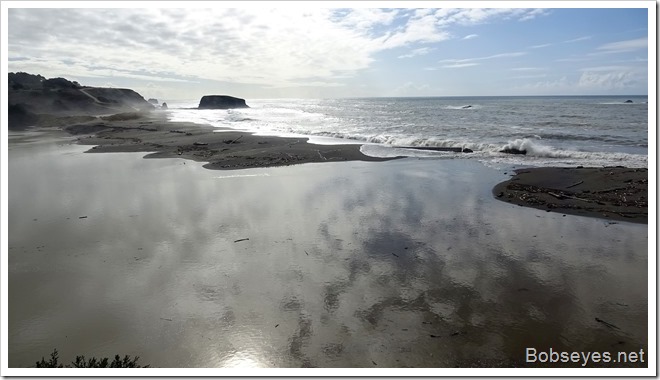 From the overlook I drove on over to the boat ramp at the visitor’s center and put my boat in the water. I decided to paddle around Penny Island and go down the back channel towards the ocean here where I stopped for a bit on the island’s upper end before starting down the island’s back channel. 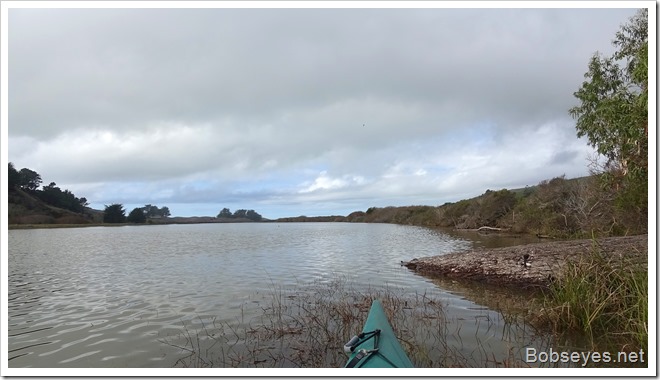 As I paddled down the island’s back channel I could look across the island over towards the town of Jenner. But what I was looking at was some Panda bear stuff on the grassy ridge top. 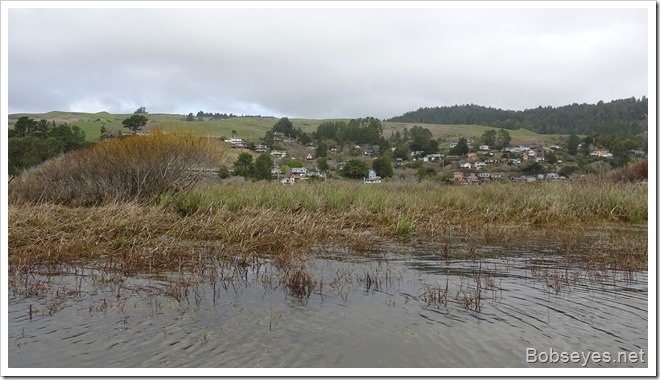 Looks to me like Panda bear cows on the ridge top above the town of Jenner. 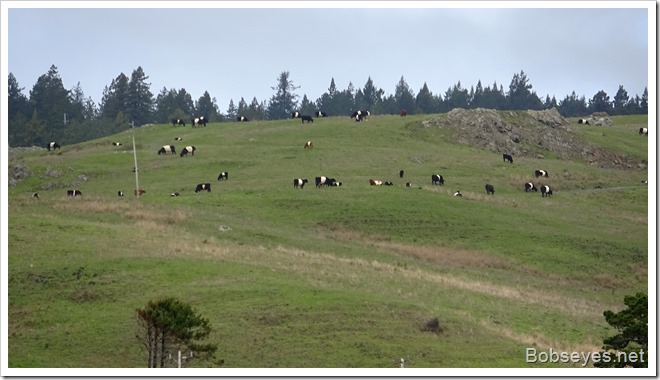 I continued on down the island’s back channel and stopped by this big redwood stump for a bit before continuing on. 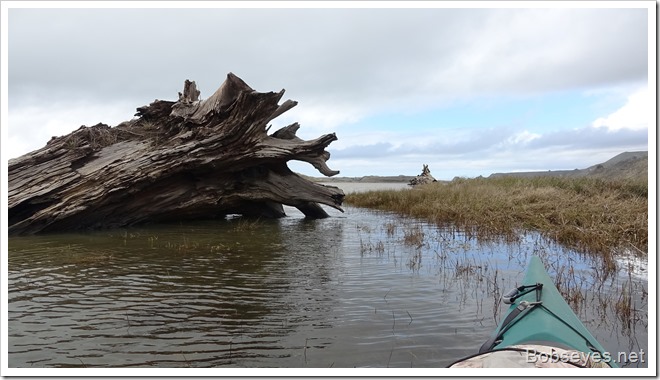 From the island I paddled across the river headed down towards the open river’s mouth just up ahead a bit. 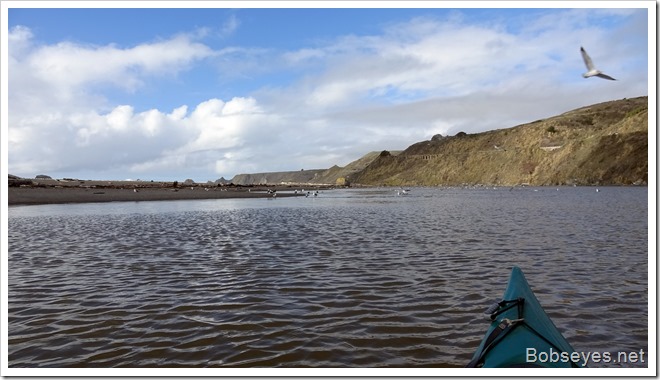 The ocean was real rough and making a lot of pounding noises as the waves hit the beaches, looking out the mouth into the ocean. 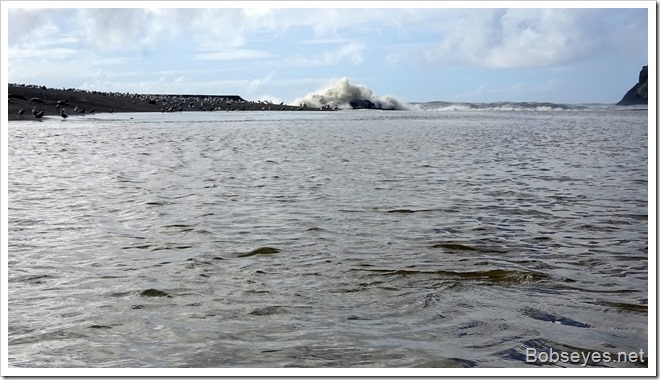 There were two groups of harbor seals resting on the sandy beach. 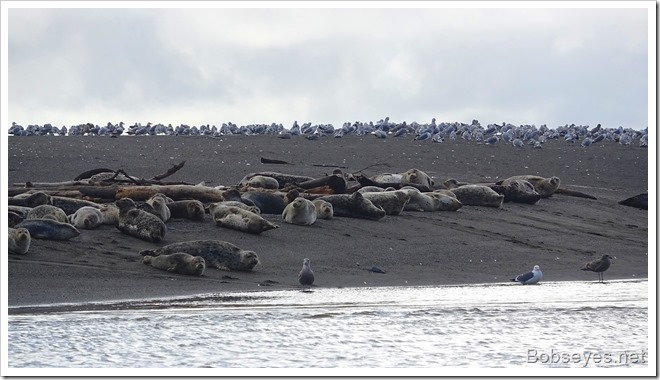 And this group of resting harbor seals.. 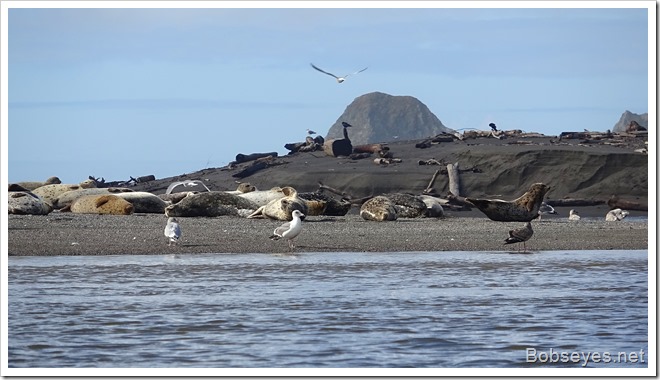 I hung around the mouth area for some time. I saw and heard a sea lion inside the open mouth area. Sea lions in this area mean they are usually hunting the big spawning fish coming into the river to spawn.

I left the open mouth and started back up the river towards the boat ramp. 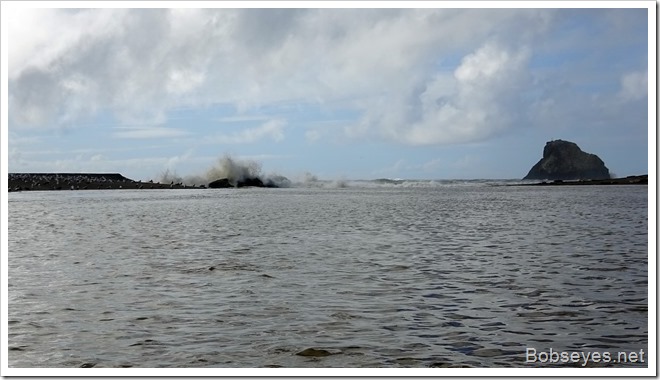 With the recent rain storms the river is up a bit and a bit muddy with lots of debris floating around as I paddled by this spot. 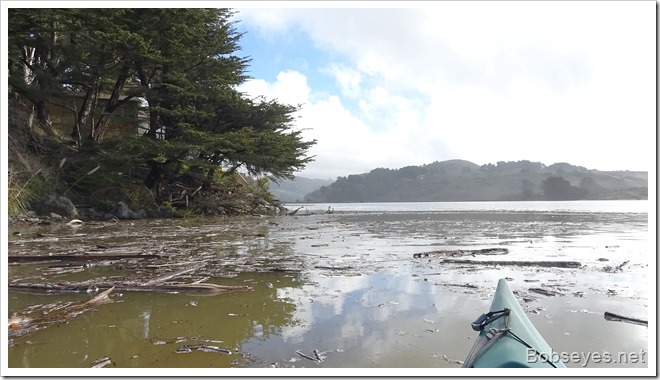 I paddled along here headed to the boat ramp up ahead. 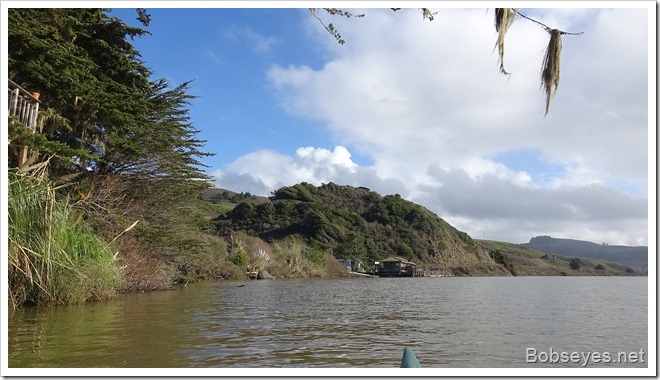 That was a nice day for a paddle and even had some sun out with lots of big clouds. The wind was also down which makes for a much nicer paddle.

I made it to the boat ramp and put the boat on the car and drove on home up along the river to Guerneville about 15 miles to my house.

Once home I checked on the chickens and went in the house for a good nap.