I needed to get a coat of paint on the parts for the motorcycle carrier I’ve been building for my van. I could see it was going to be too cool outside today for the paint to dry so I took the parts outside one by one and painted them and then brought the parts back in the house where I hung them to dry for the day.

Next I drove on down to Monte Rio

The wind was up a bit at Jenner today, so I decided to check out the steelhead fishermen at Monte Rio where the wind would be down.

I got on the water around noon. I could see most of the fishermen had already left for the day as evidence by the water leading off from the boat ramp from boats pulling out.

I saw Rene’s truck and trailer in the parking lot so I knew he was down there somewhere in his boat.

I put the boat in the water and headed down river drifting along. 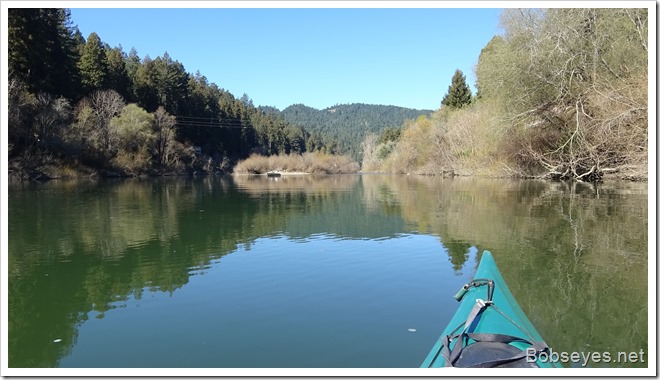 This pair of merganser ducks swam by in front of me. I saw Rene fishing away in his boat just down stream. 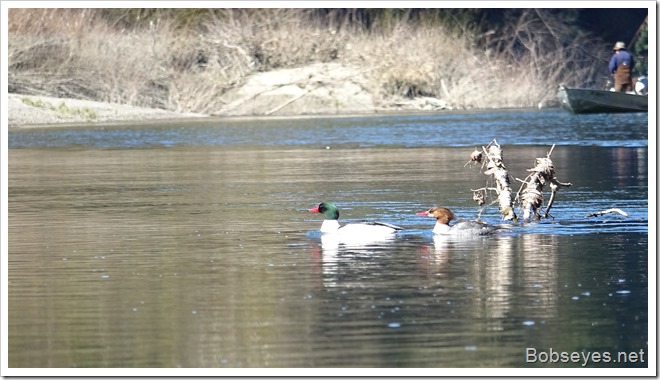 He said he was on a small pod of steelhead swimming in circles, so I stopped to shoot the bull and watch for a bit.

Here’s Rene shooting the bull and fishing away. 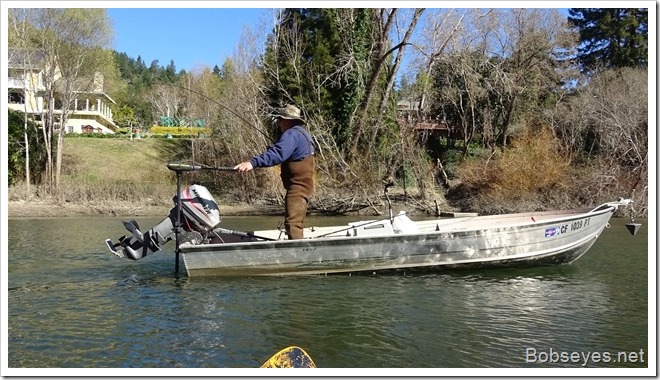 After a while he hooked a steelhead, but released it. A short time later he hooked another one

Here he is with a steelhead on. 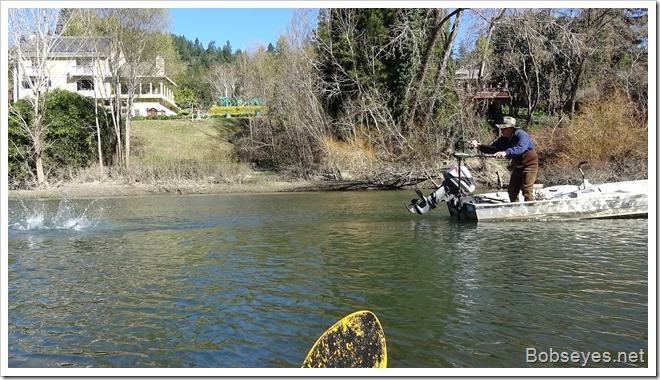 Steelhead can give a good fight which is one of the reason’s people like to fish for them.

Here the fish jumps out of the water fighting for it’s life. 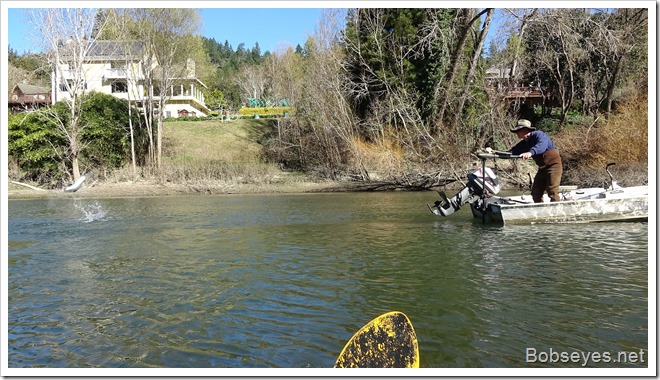 Rene landed the steelhead. He had his two fish limit so headed on up the river headed for home. 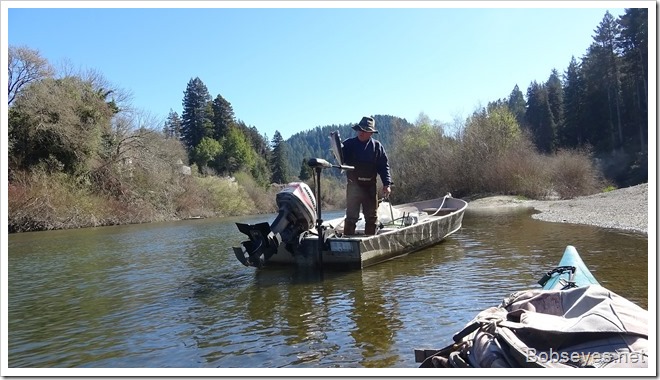 I continued my drift down the river. The sun was out and the wind was down for a nice day on the river. 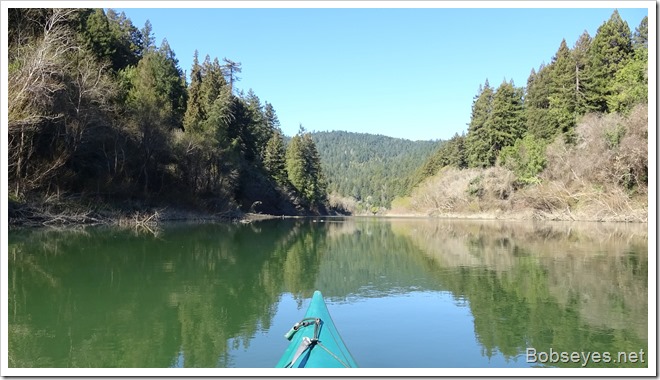 This female mallard duck was doing a lot of splashing taking a bath. 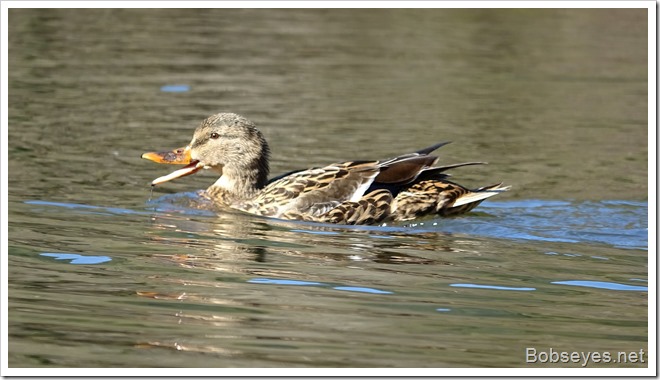 I’m only going downstream about a mile today to the Villa Grande Pool, just up ahead. 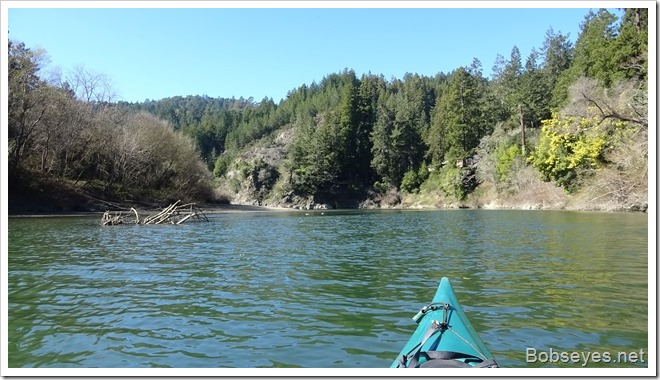 I sat in my boat watching and relaxing in the sun for a half hour or so. 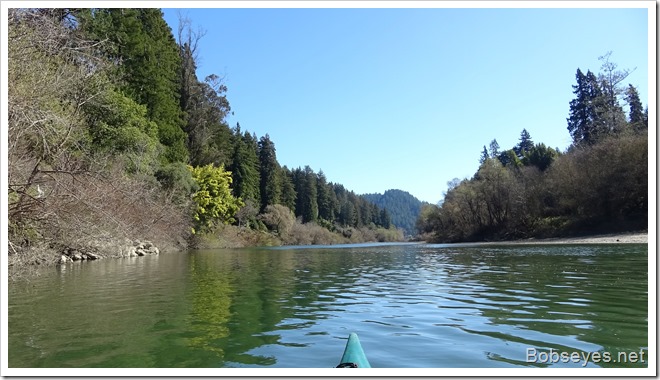 Then started a slow paddle back up the river to Monte Rio to just below the bridge. I paddled around a bit before going to the boat ramp and pulling out for the day. 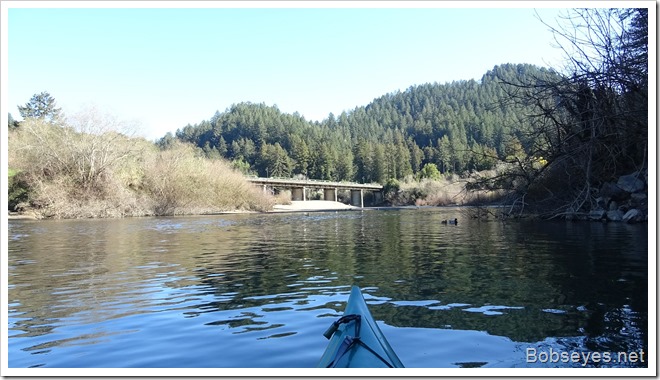 I needed to get on home to put another coat of paint on my van’s motorcycle carrier I’m building. I did that and then just puttered around the yard looking to see what needs to be done to get the yard ready for spring.

My daffodils are blooming nicely. 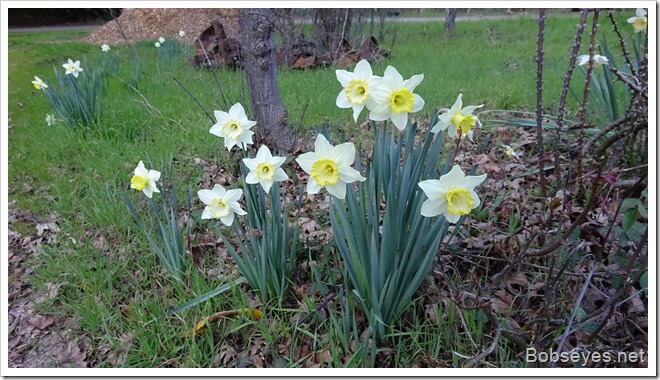 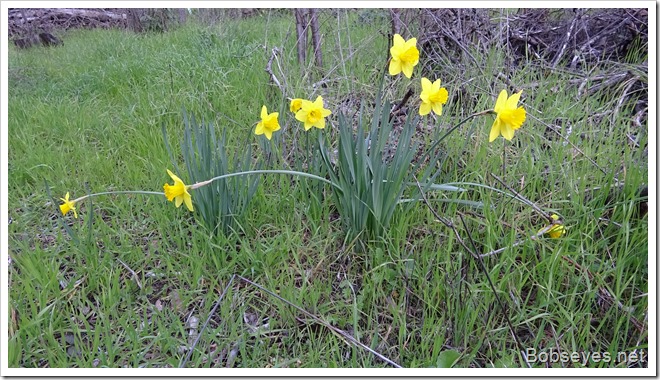