I got out the paint brush I put in the freezer yesterday to start it thawing out. I store the wet brushes this way between paint coats in a plastic bag so I don’t have to clean them until I’m done.

I applied another coat of green paint on this little shelf I’m working on. I was planning on putting on another coat today but just never got around to it as a bee got in my way. 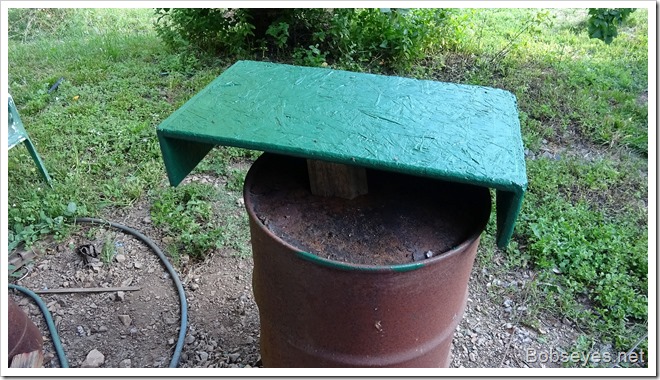 After that I rounded up my loppers and wet around the yard cutting out any unwanted blackberry vines which seem to be everywhere this year.

I had been doing that for about an hour when I bent over under a rose bush and some kind of bee got me in the upper left eye lid. Needless to say it was a bit painful. I couldn’t see where it stung me but somewhere on that upper eye lid. Ouch and ouch.

I took a couple antihistamines to help the sting along and sat around inside the house for most of the afternoon until the eye lid felt at least a little better. Still hurts.

I finally went outside and moved some more woodchips into this mulch pen run for the little peeps. I also rounded up some fresh weeds for them to chow on in the mulch bin there. 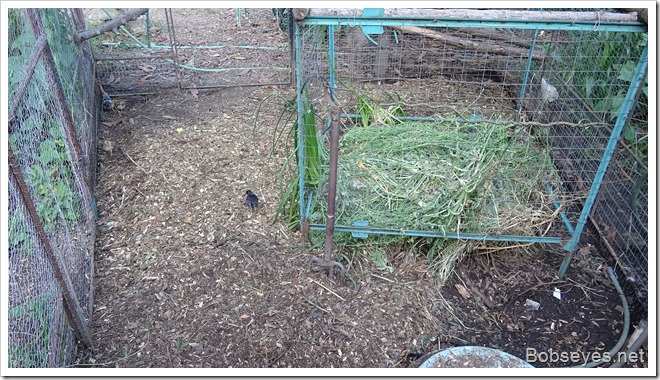 Here’s one of the younger little peeps. I think I have about thirty little peeps but I can’t count them as they move around too fast, like little speeders. 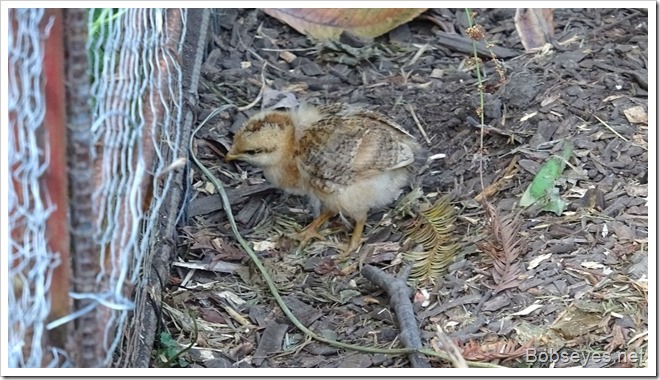 I spent some time doing some weeding in the raspberry patch and planned to move some more woodchips but never got to that after the bee sting thing. 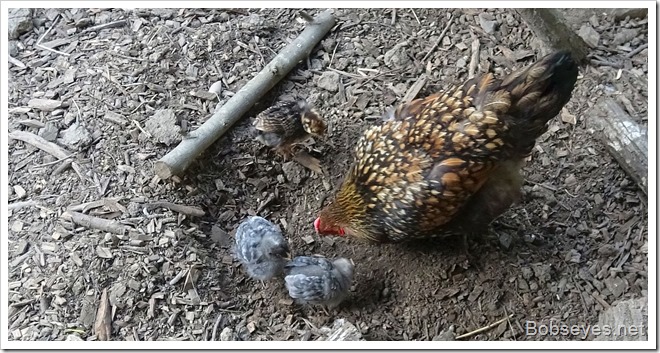 Here’s one of the grow pens the little peeps get to use. 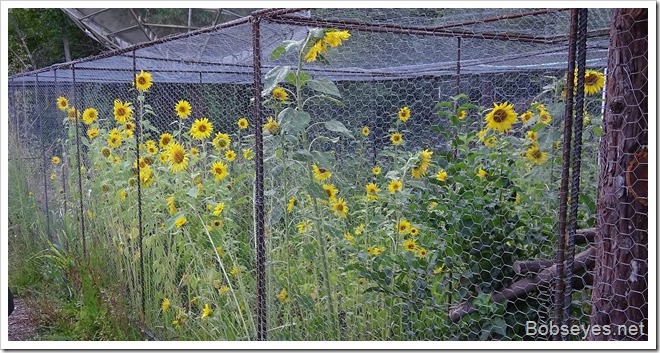 And here’s the other grow pen for the little peeps. It’s like a jungle in there and they seem to love running around in it. 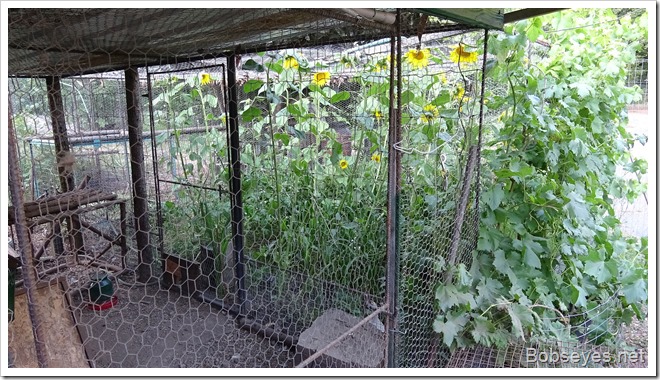 Late in the day I got the loppers again and started cutting out more of the blackberry vines that were starting to grow in the yard and this time no more bee stings. I did check the spot where the bee got me to see if there was a nest there but I didn’t see anything.

One plus was the wild blackberries are getting ripe so I was able to eat a good deal of them while I was working. Yummy.

I spent the rest of the evening chair hopping and enjoying the day.

Nice day except for the darn bee. :O)