Some Rework, a Hike In the Forest and Some Watering

I noticed the pipe I installed yesterday was dripping just a bit. Seems some water got into my glue joint and so it didn’t seal. The only thing to do was cut the part that was leaking out and install some new parts and be more careful keeping the water out of the glue joint.

So I cut the part out. 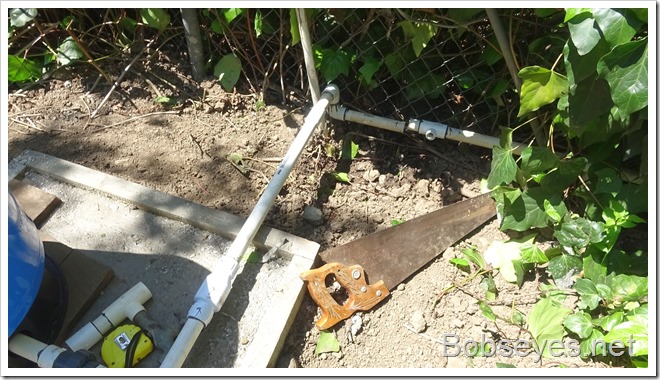 I got the part cut out and a new piece made to replace the bad one. 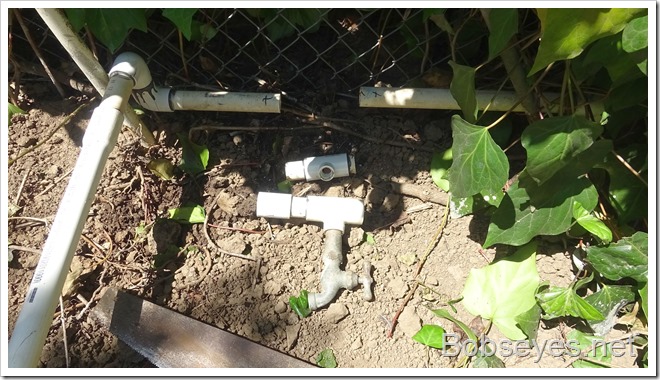 Hike in the forest

Instead of gluing the new part in I decided to go for a hike in the forest to give the water left in the pipe time to drip out of the cut pipe so that’s what I did.

I hiked up through this area taking my time and enjoying the nice spring day. 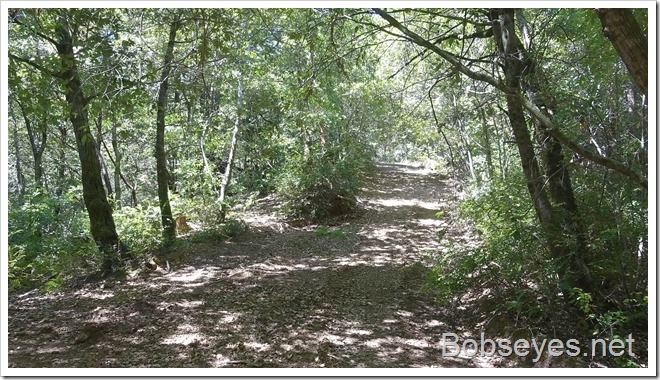 I only covered about a mile but some of it was up hill so that slowed me down a bit.

I walked through this area on the way home. 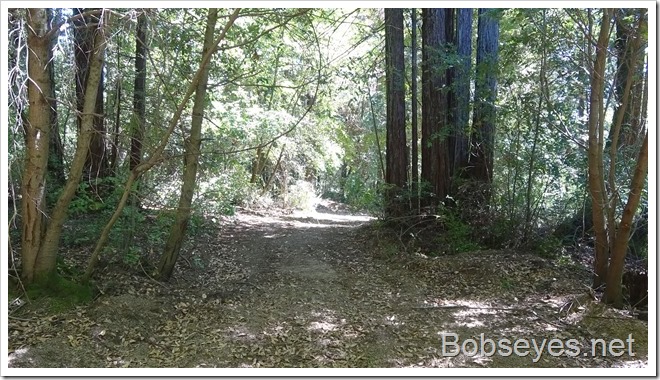 That little walk was just about right to get a little exercise and let the pipe water drips stop.

Finishing up the pipe repair

When I got home I checked the pipes for water drops still coming out of the pipes but the drips had stopped so I glued the new part in like this and after giving the glue time to set I turned the water back into this water line and tested it. No leaks which was good. 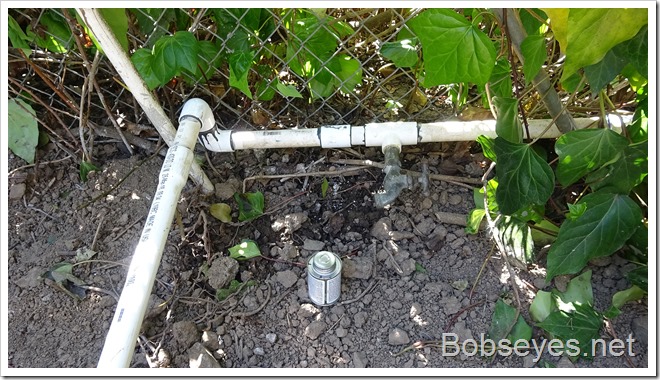 For some reason after fixing the water leak I was real tired so I went in the house for a much needed nap.

After a good rest I was back outside turning some water on to water some weeds for the chickens.

I also put the water on this raspberry patch where the chickens were grazing. They didn’t like that much and left the area. 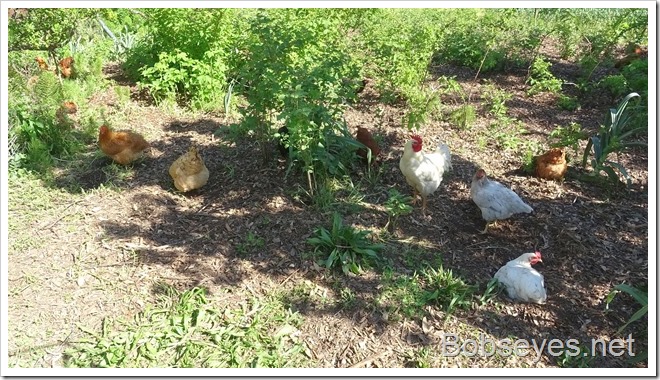 For the rest of the day I  moved water around watering and did a bit of chair hopping.

Waking Up the Dozer and Strawberries Soon

Waking up the dozer

If you own a dozer you know it has to be used occasionally to keep it in shape. It’s been sitting all winter so now it needs to be woken up.

I put some fuel in it and installed the well charged battery for starters. 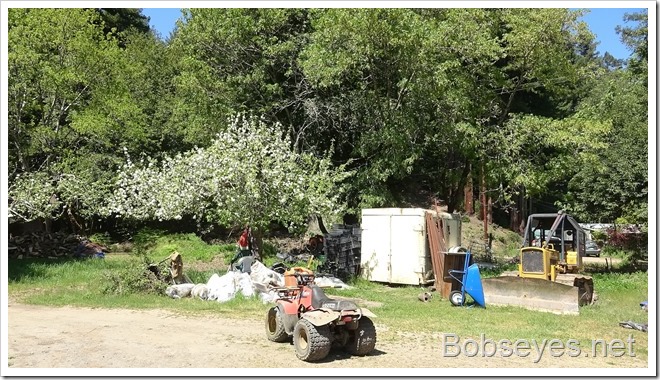 Then I topped up the transmission fluid and greased it too. 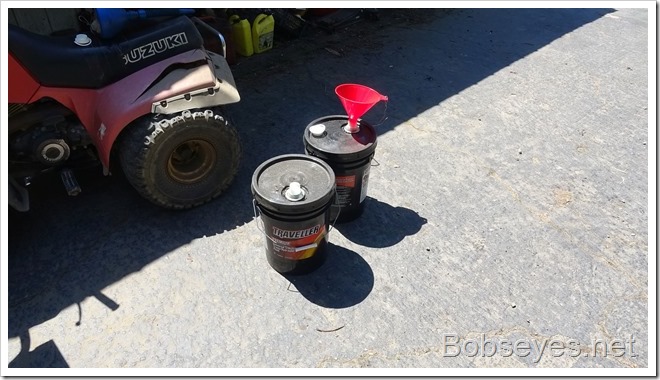 Touching up some fire break areas

I mostly took the dozer for a little joy ride but as long as I was on it I touched up a couple of the forest fire break areas. The fire break areas made it though the winter and stood up to the rains nicely so are in pretty good shape. 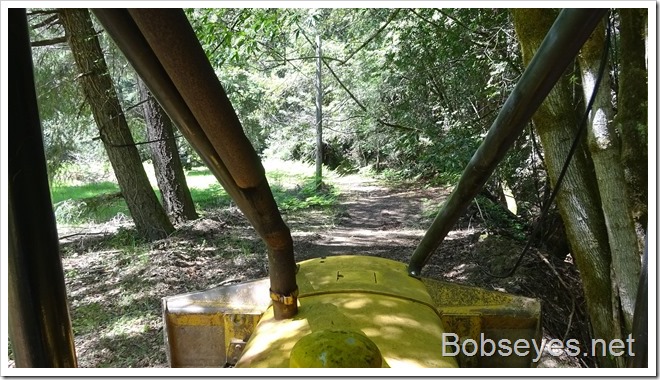 I worked the dozer here and there and made a loop through this ridge top break area on the way back. 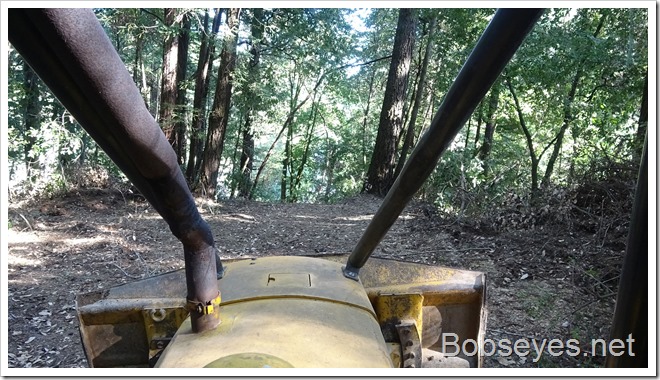 The dozer got parked here and I went on home for a nap. 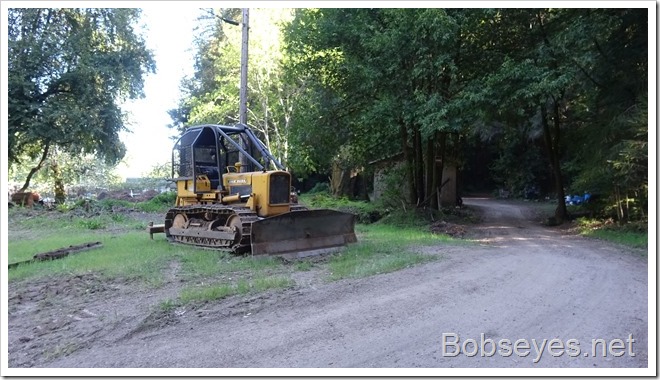 After the nap I went out in the yard to do some chair hopping. I noticed the strawberry plants are starting to take off and there’s some green berries in there too, so it shouldn’t be too long before I’ll be eating strawberries. Yummy. 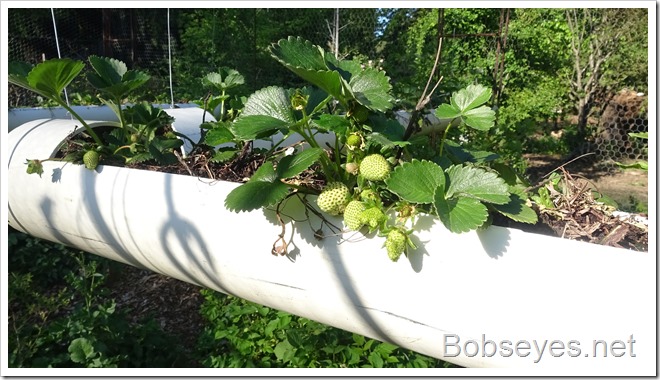