Paddling Up to Willow Creek and Materials for a Motorcycle Template

I heard it raining hard this morning before I got up and got it going, but when I got up, it had stopped and wasn’t bad out.

I headed on down to Jenner to do a paddle for the day. It was overcast, and no sun, but the wind was down so it looked good to go for the day.

I put the boat in and paddled across the river to Penny Island and decided to go up today, maybe even to Willow Creek, up the river a couple miles. 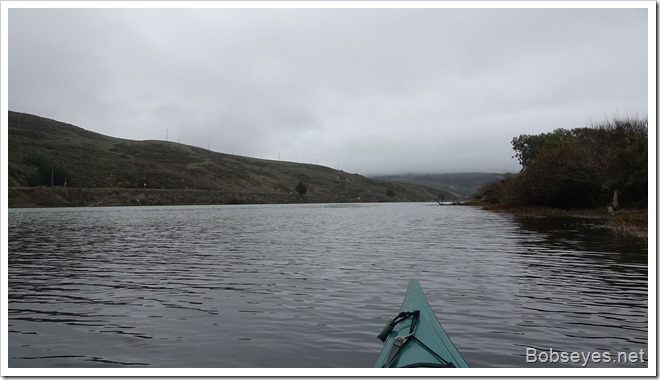 There were a bunch of coots feeding on dead weeds under the water as I paddled on by. 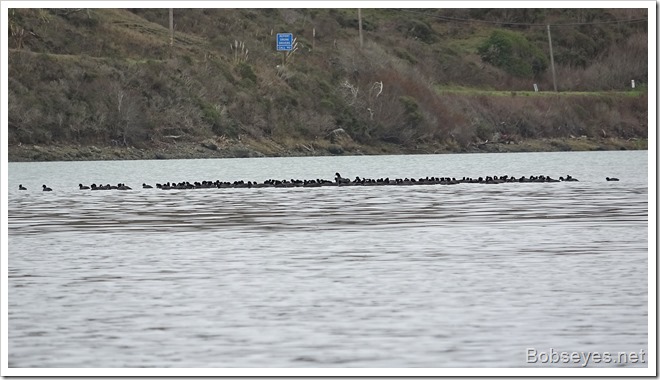 I noticed some buffle headed ducks mixed in with the coots. 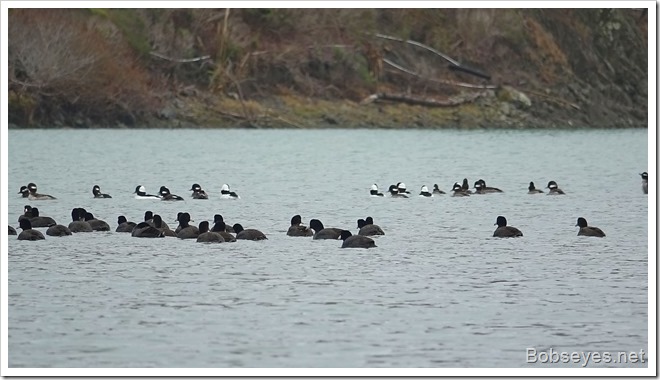 And I paddled by some grebe. They seem to like to travel around with their neck tucked in when they are just resting on the water. 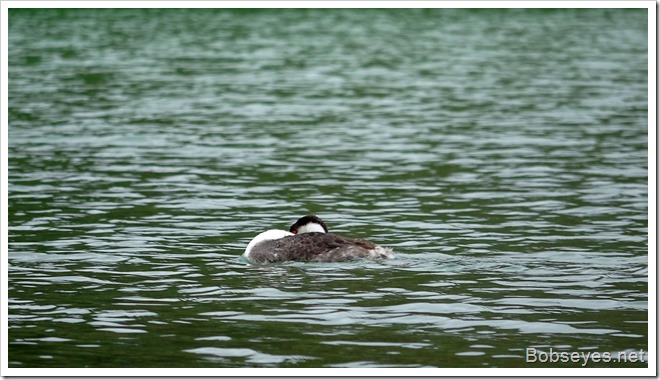 I paddled into the little channel on the upper end of the island and crossed over to the other side and went out here back into the river. 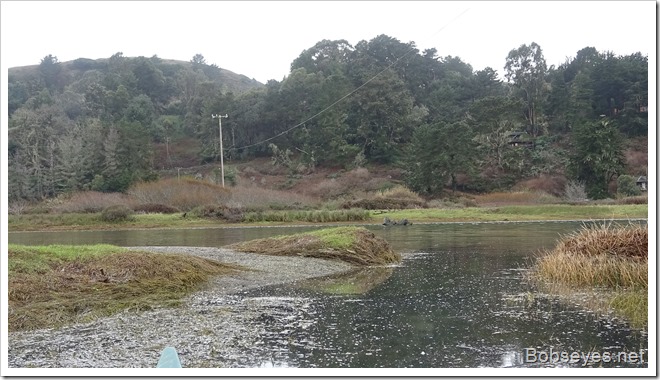 Great beast from the past

And headed on up the river on the south side going by this big thing that reminded me of a huge dinosaur bone from some great beast of old. 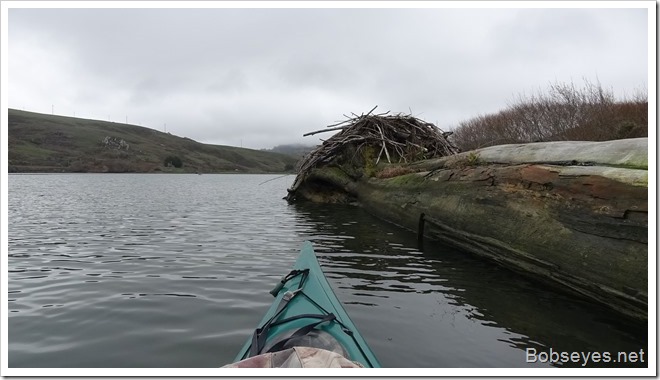 I’m paddling along the edge of the river here and headed for the bridge up ahead as I need to pass under it to get to Willow Creek. 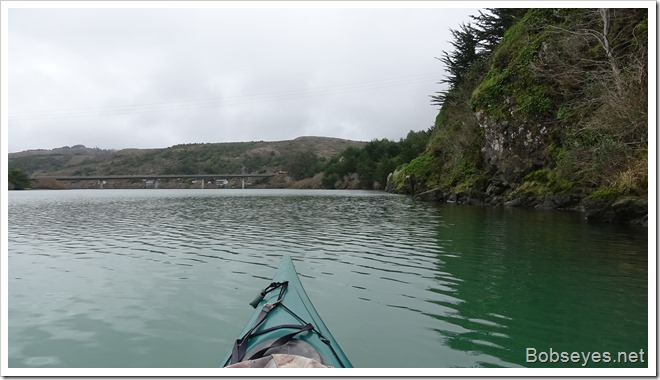 As I was paddling along some big creature passed by close under the water which turned out to be these two sea lions which are in the estuary to eat big fish coming into the river to head up to spawn in the creeks. 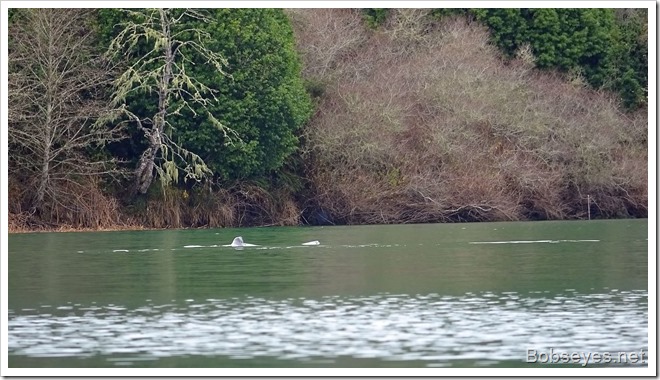 I paddled under the bridge and up the river about another mile and headed over to the mouth of Willow Creek straight ahead. 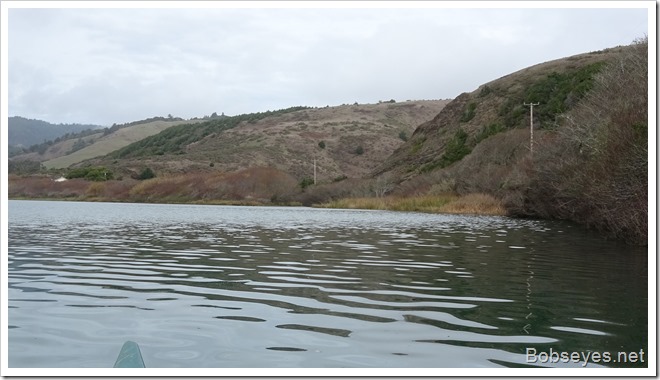 I paddled into Willow Creek. I’m able to paddle in about a quarter mile until the creek is over grown with what else? Willows of course. 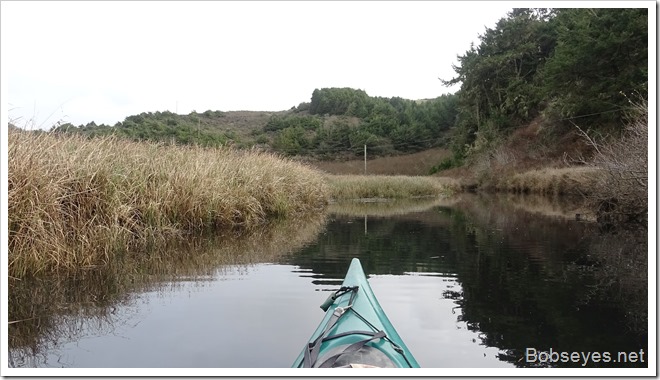 While I was back there in the creek the wind seemed to pick up a bit which is does in this creek which isn’t expected as it seems protected, but somehow it creates a wind here, so I headed back out to the river and  crossed over to the other side, the north side and started paddling back down the river when I went past this splashy thing in the water. All I could see was water drops at first. 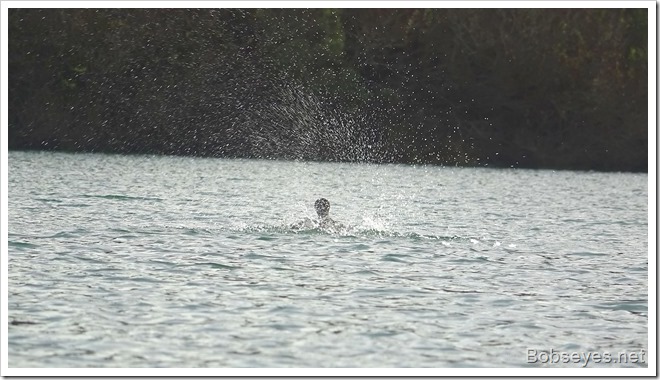 It turned out to be a loon taking a bath. 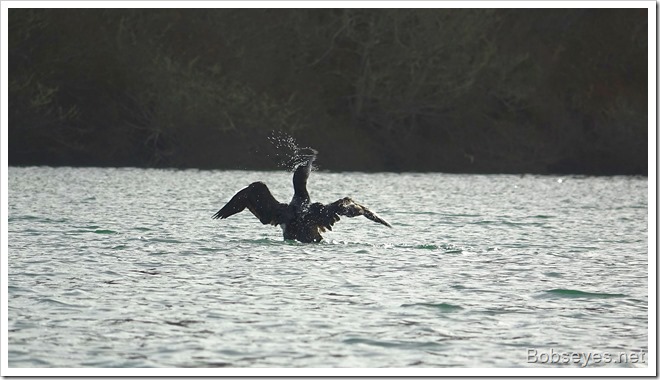 Down by the bridge I went past this mallard duck pair just taking it easy on the bank. 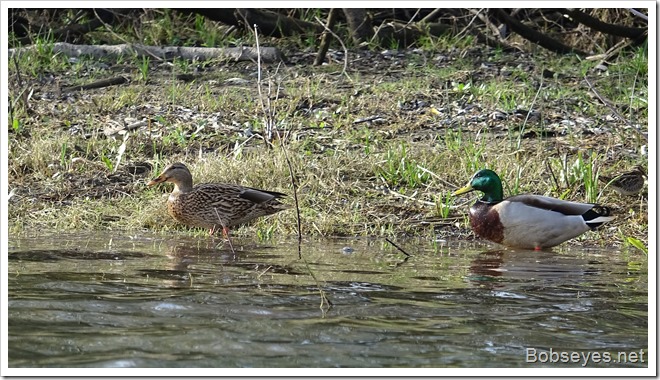 And when I went by Vulture Rock, there was one up there waving to me. 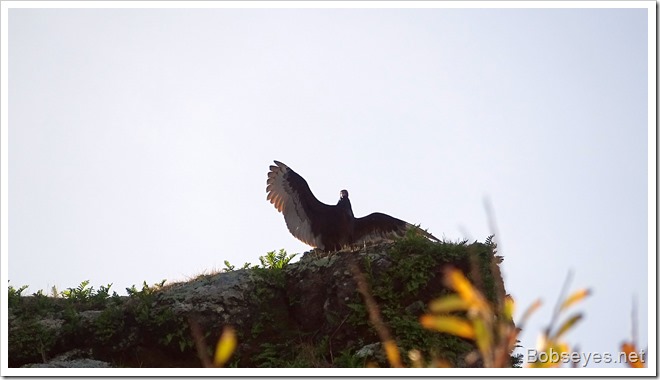 Paddled down along the island

I continued on down the river to the island and paddled down along side it to the bottom end where I saw these deer feeding on the grasses on the island. 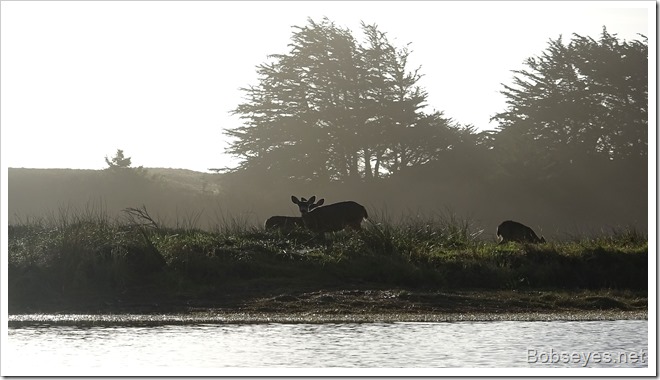 The sun was getting close to going down as I sat by the lower end of Penny island. 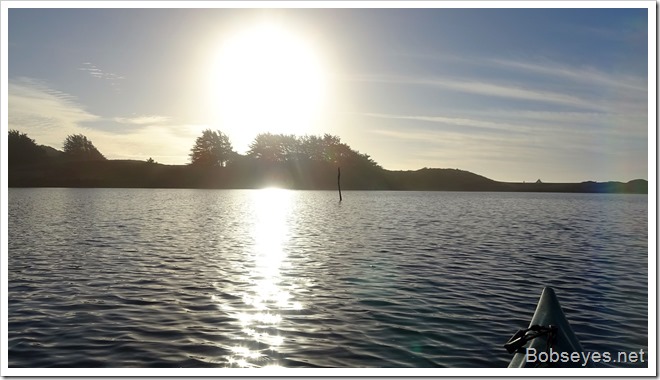 From there I could see the open river’s mouth which looked like this. 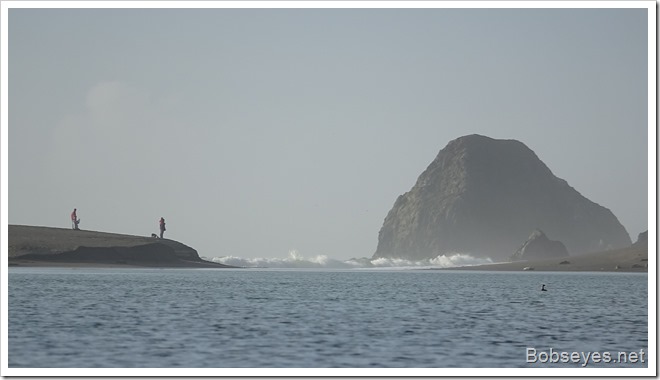 I’d been out long enough today, so I decided not to paddle down to the open mouth, but just take some pics and head on in for the day which I did.

I loaded the boat on the car and drove on home.

I wanted to get the materials together to make a motorcycle template and I needed something to make the wheels out of, but wasn’t finding anything as it seems I threw out the cardboard I keep around for such purposes, so I had to hunt for something and finally settled on a big box I should be able to cut the wheels out of.

I found a board to hook the wheels together to form the motorcycle, but not today as it was getting dark. I need the motorcycle template to complete the design of my van’s motorcycle carrier. With the template I can see where things will hit or not hit when the carrier is in the up position.

I’ll show you once I build the motorcycle what I mean.

That was it for me today for another good one.