Getting a paddle in between the rains

I got a late start today and headed out sometime just after noon.

I stopped at the Monte Rio boat ramp and it was about the same as far as the water level,  still flooded. I saw Bill fishing nearby so went over to shoot the bull with him for a bit. I could see time was wasting away as I only had a couple hours before some rain showers where supposed to hit, so I headed down to Jenner to see about a paddle.

The wind was down but the current was up

The wind was down despite what the weather guys said so I put my boat in the water. The current was pretty fast, I’d say around 8 or 10 miles an hour. I think I can maybe paddle my boat around 5 miles an hour for a short time so I had to plan.

I paddled up along the north shoreline until I got just above Penny Island and then put the boat into the current to cross over knowing I was going to get swept down the river pretty fast. 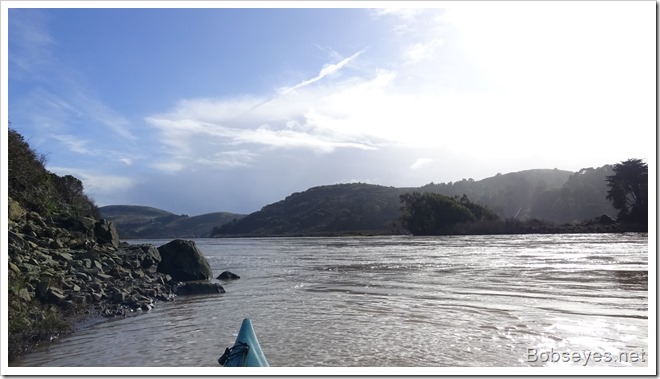 I paddled hard to get across the river so as to hit the island and made it to this spot where I continued on down along the islands edge. 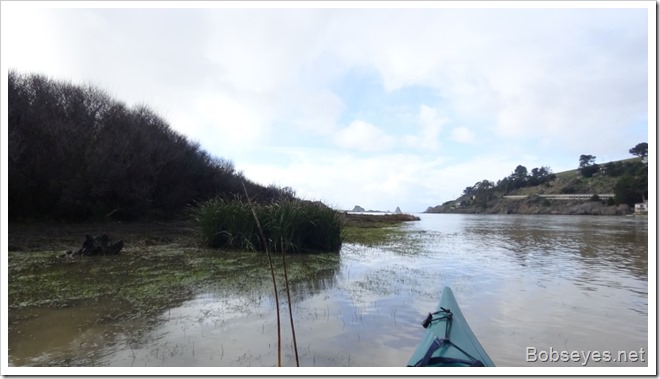 Current takes me to the island’s lower end

Eventually I paddled back out into the current to let it take me down to the lower end of Penny Island. Lots of clouds out in the ocean coming in  with some rain showers. 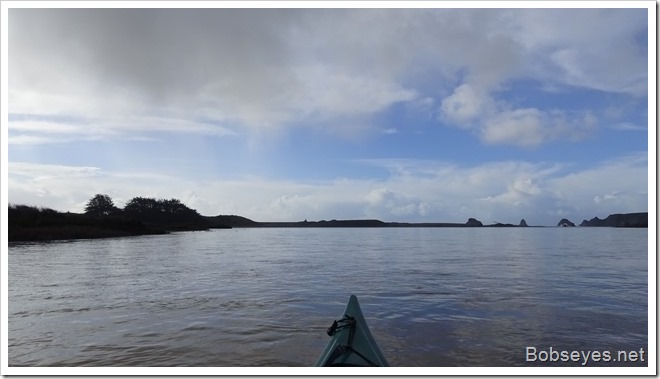 Most of the bird life was at the lower end of the island sitting out of the current. I went by these ducks. 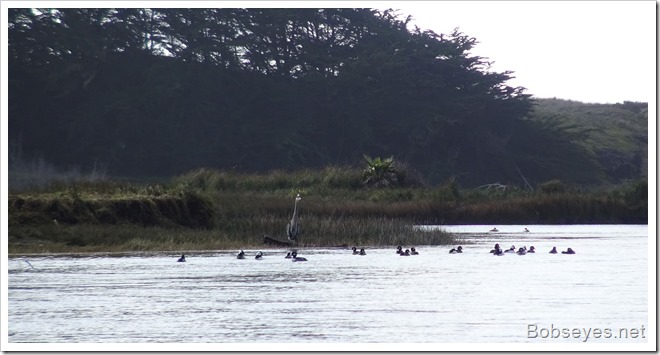 Just past them I ran into this great blue heron which appeared to have been doing some preening as the tip of it’s bill was all white with fluff. 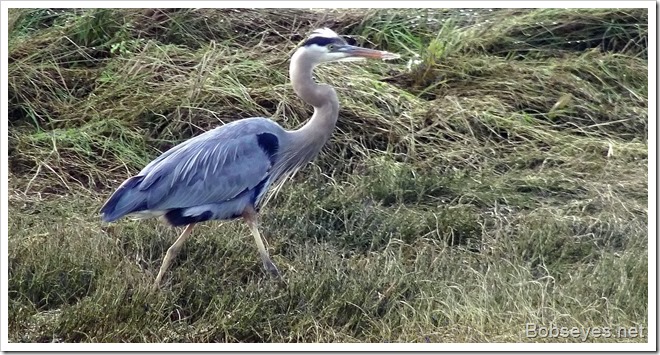 There where a bunch of harbor seals just off the lower end of the island just taking it easy I think. Here’s a few of them. 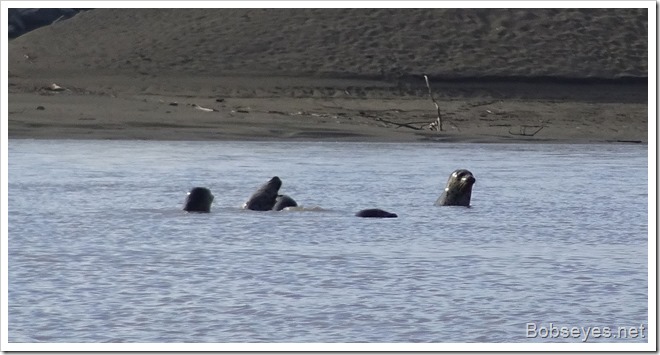 A short walk on Penny Island

The river’s current was too strong to really paddle around much today especially since I seemed to be low on energy, so I pulled into the lower end of Penny Island to go for a little walk. Those clouds out there in the ocean are slowly making their way to landfall. I’m hoping they don’t come in too soon and spoil my paddle, although I have all my rain gear on just in case they do. 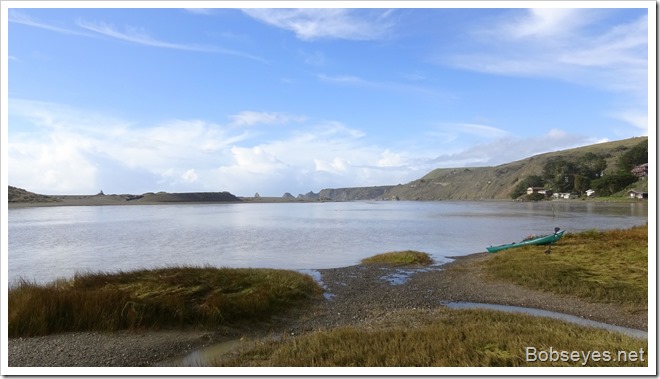 As it turned out I couldn’t go very far on the island as it was a bit swampy from all the recent rains, but I did find enough high ground to make a little loop through these grasses. I mostly followed deer trails as they were on the dryer parts instead of going through the water. 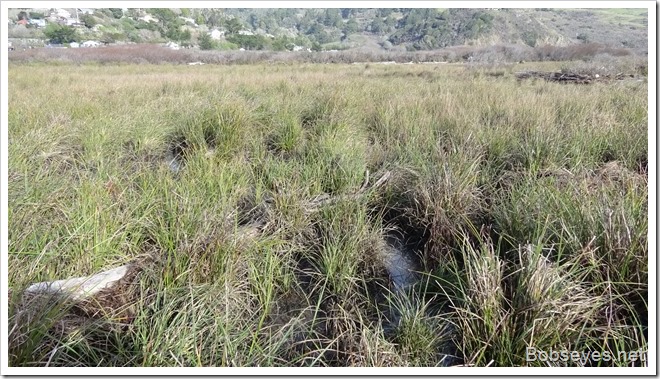 What are they thinking

Every time I see one of these signs on the island I just have to wonder. There’s way more trash that comes down the river than the school kids could possibly pick up and to leave it on the island until October when they show up would be unacceptable and is just not going to happen. And worse than that, the sign is now part of the trash. Someone’s not thinking well on this one, especially since this is state property and the sighs are out of line in the first place. 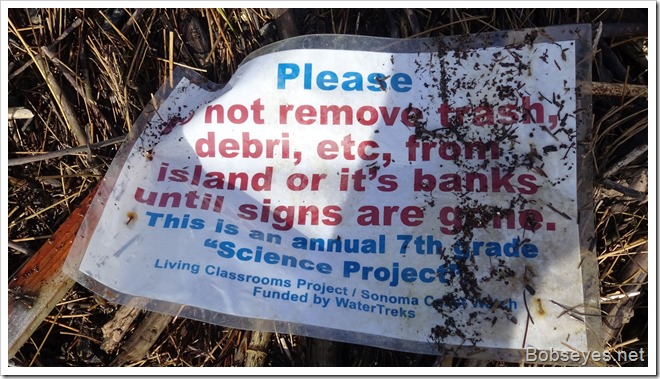 I made my little loop and returned to my boat and started back up along the island the way I came going by these grebe and ducks. 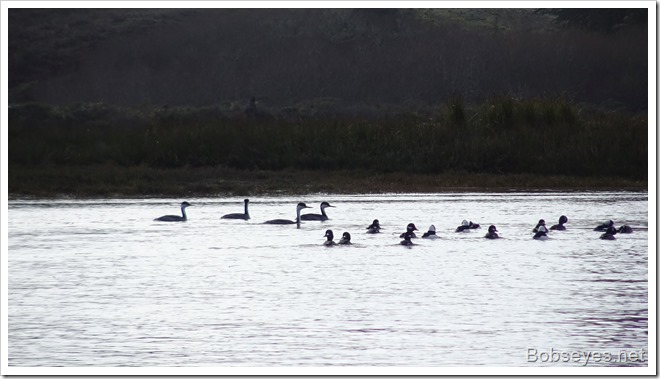 I stayed real close to the island’s edge to stay out of the strong currents and made it up to the upper end of the island where the little channel is.

All that wood debrie gone

Last time I was down here there was a big pile of wood debrie blocking the channel but with the latest high water all that was gone now, just the way I like it. 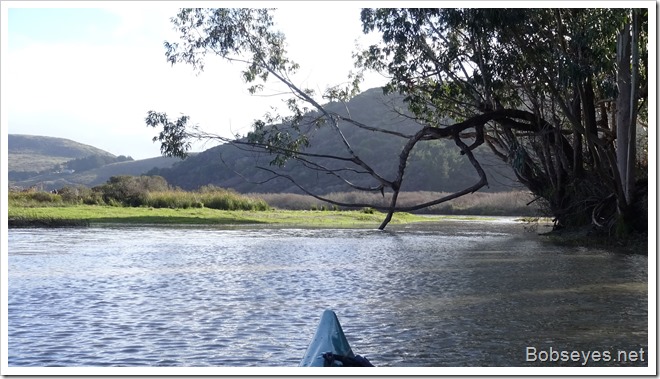 I sat around the channel area for a bit, but didn’t stay too long as I knew those rain showers were still coming in off the ocean and I didn’t want to get caught in them.

Getting across the river to make the boat ramp

So I pushed off the most upper end and paddled pretty hard to get across the current so I would make the boat ramp and not come out below it.

Here I’m making my way across the river current. If I was to fall in here, I would have to work hard to get to shore before I was swept out to sea, which wouldn’t be much fun and likely even deadly. 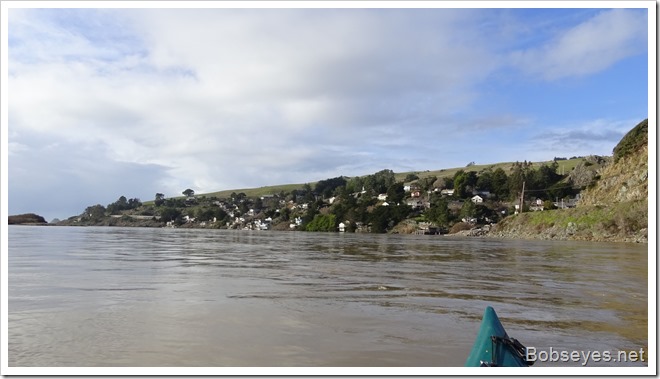 I made it across the river with plenty of room to spare and let the current take me down to the boat ramp.

I put my boat on the car and decided to go down to the river’s mouth overlook.

The mouth is open doubly wide from the rains and you can see the rain coning in out there. 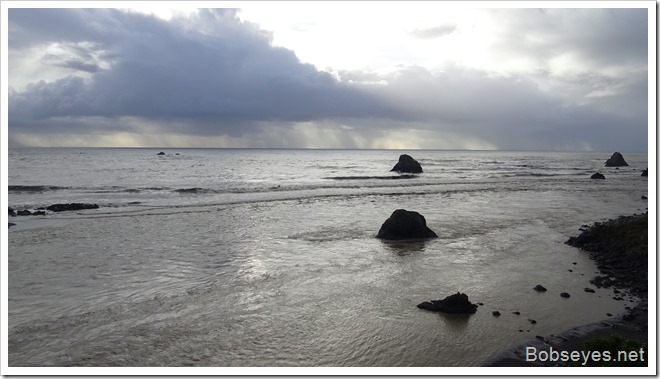 I shot the bull with a couple people I knew down there.

Lots of birds down there by the Jetty end. 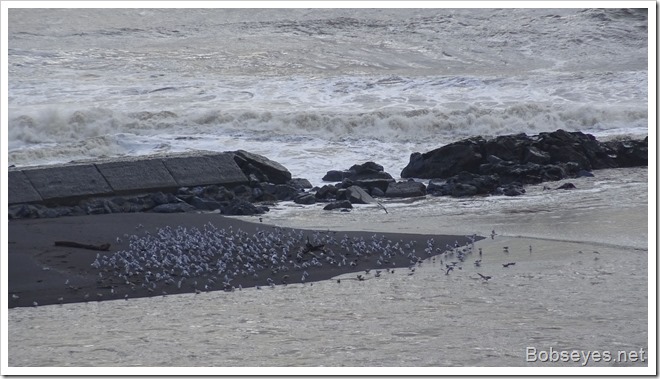 And I did beat the rain

From there I went on home and that was it for the day.

At least I got out to paddle.