The frost was still on the ground as I got it going this morning so off I went to Jenner where they don’t have much frost.

I put the boat in the water and decided to head down to the mouth area going this way along the north shore line instead of along the island today. 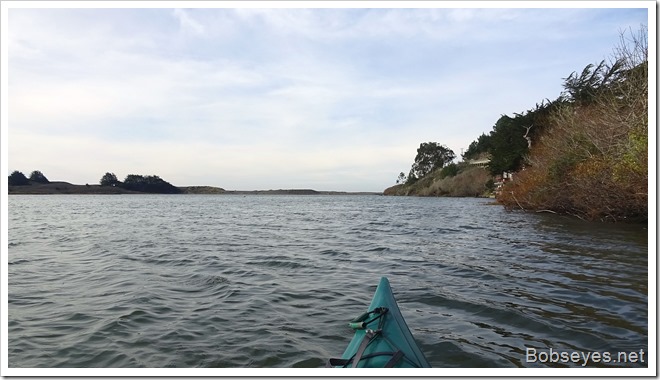 I saw this what could it be? 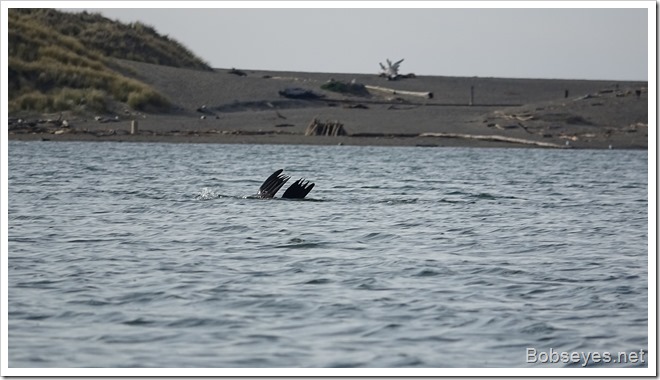 I knew it was sea lions and they were hunting for steelhead pretty  much everywhere I looked. 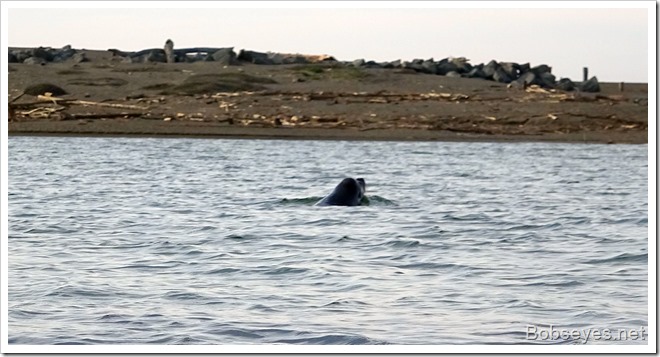 I saw one chug a big fish. They can swallow them whole. They put their head up in the air with the fish in their mouth and sort of chug it down if they can. The sea lions move fast and it’s very hard to get photos of their action.

I continued on down the to the mouth area where I could see lots of birds flying around, seagulls mostly. 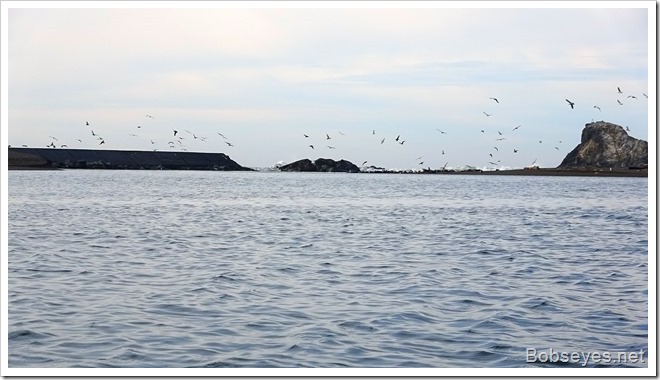 I paddled over to in front of the open mouth to have a look. Lots of birds eh. There’s some harbor seals mixed in there too and that’s a big wave breaking over the jetty from the ocean. 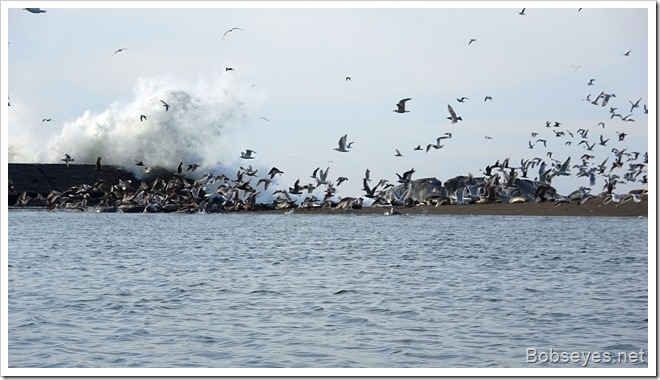 Here’s some of the seals resting there on the sand with a few birds too. 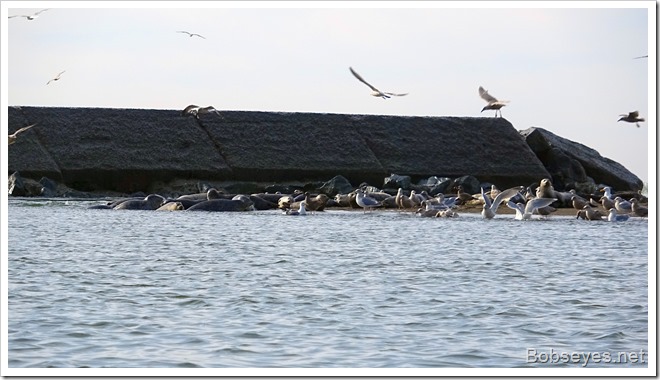 I sat around for a bit watching things then crossed over to John’s house where I saw John and talked with him for a bit. He said there was lots of steelhead action yesterday and today so they are still coming into the river to spawn. 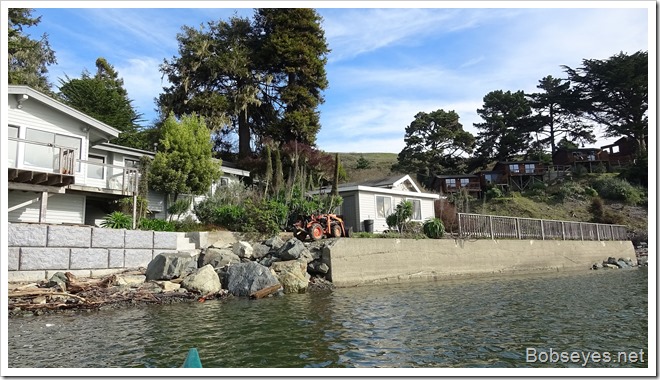 I continued on and crossed over the river to Penny island and pulled into the spot up ahead and watched for a bit. The sea lions continued to fish in front of me and up and down the river. 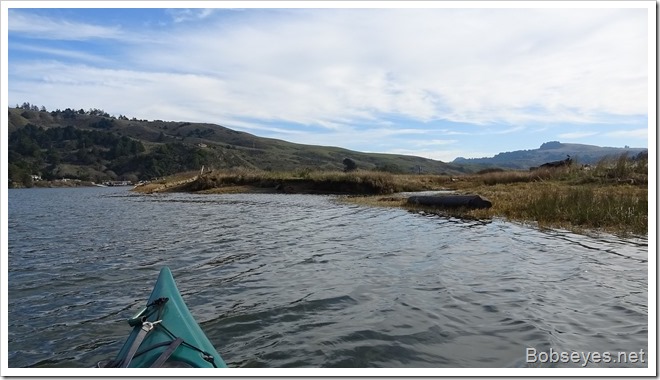 I paddled up along the island to the upper end. 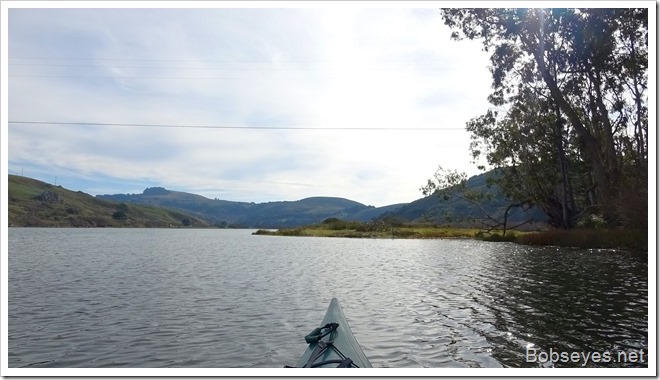 And hung out here for a bit. There was a cold breeze coming down the river so I decided to go in for the day. 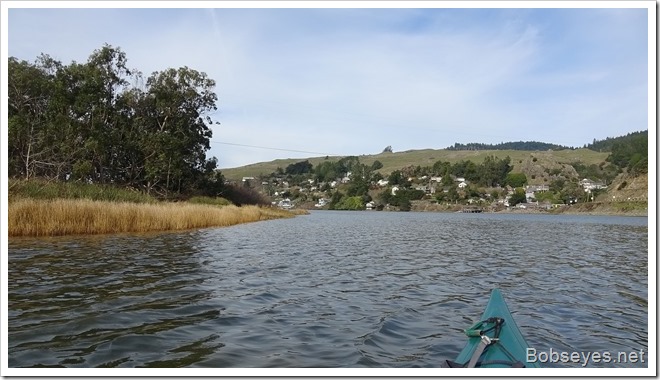 On the way home I stopped at Monte Rio’s boat ramp to see if I could catch any fishermen there to see how things were going as I knew they  must be catching some fish.

This truck pulled in to launch their boat to go fishing. 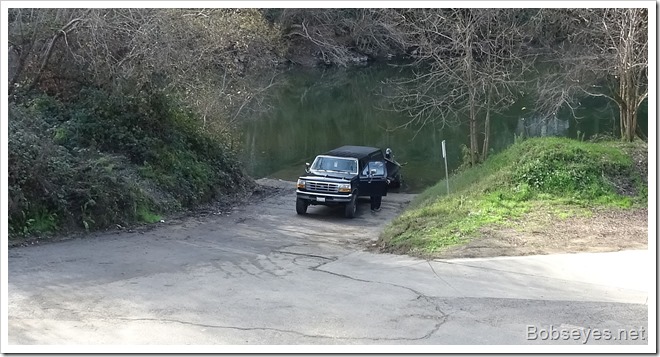 I went down to the ramp and chatted with them for a bit. Marty and Leon from Windsor were headed out to fish. He said he was down here yesterday and did well.

They put in and were off to fish down below Monte Rio. 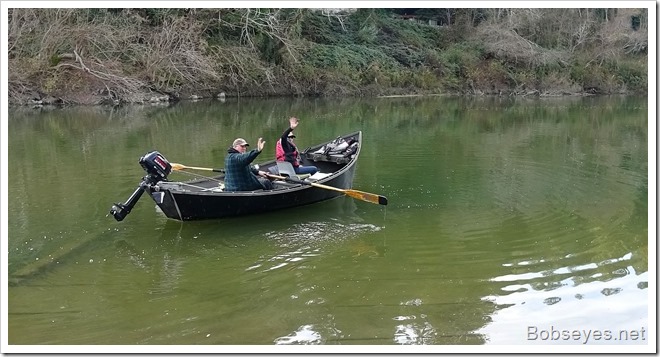 I said good luck fishing and headed on home for the day stopping to do a bit of shopping at Safeway in Guerneville.

Puttering around in the yard

Once home I made a cup of coffee then went outside to see what I could accomplish.

I puttered around the chicken pens improving a few things then decided this apple tree will need to go so I can expand the chicken pen a bit. I put the pen around the tree originally but now I can see it would be better gone. I will leave the stumps in there for now and maybe cut them out later if I need to. Otherwise they should be good for the chickens to play on. 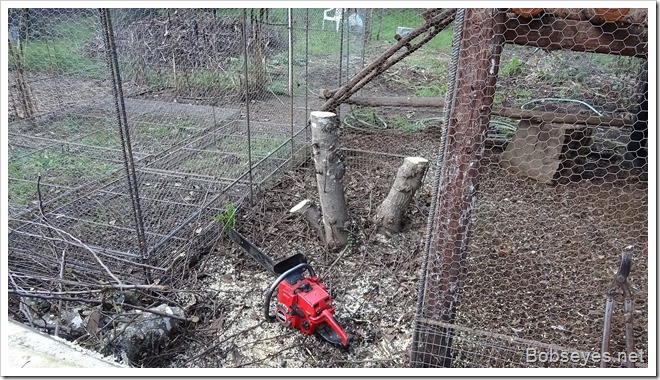 Of course I made a bunch more brush to clean up but that’ll have to wait as I had more to cut up.

I cut up the black walnut tree I knocked down the other day and that brush can wait too. 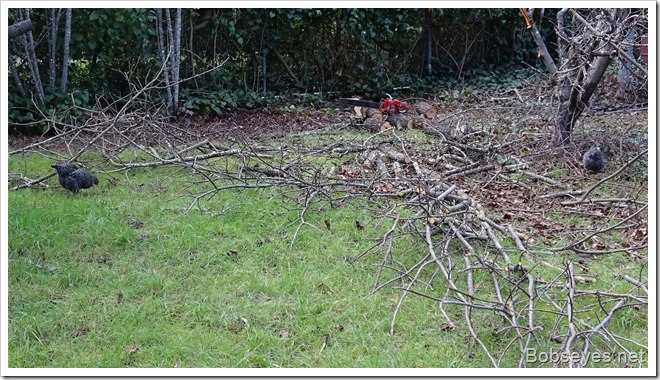 I also cut some of these plum trees down making even  more brush to move. 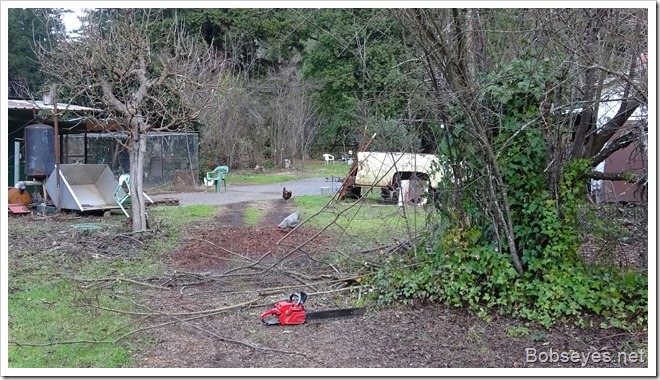 I was about worn out by this time and had to wait a bit for the chickens to come in to roost so I sat around in a chair watching them until they did.