Paddling Jenner With Lots of Birds and Planting Raspberry Plants

Headed towards the river’s mouth

I was off to kayak Jenner this morning after I checked on the chickens to make sure they had enough food.

The wind was down as I put my boat in the water. I decided to head on down to the river’s open mouth to see what I could see.

Headed down river towards the mouth area up ahead. 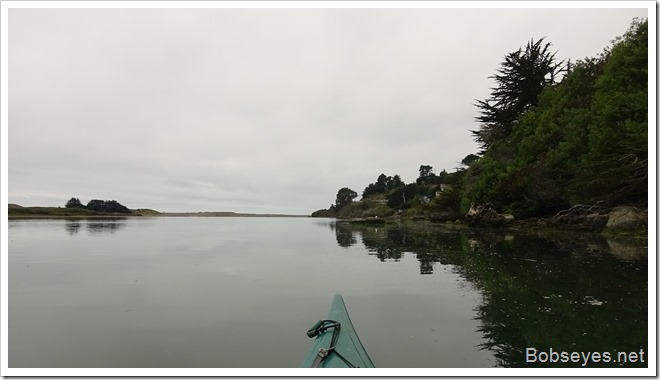 I paddled by these cormorants sunning. 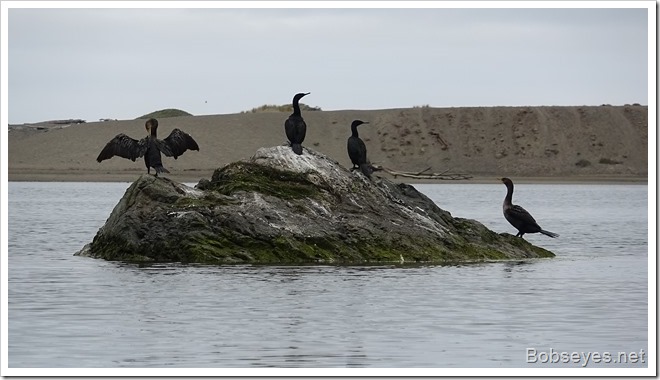 And by these white pelicans on the lower end of Penny Island. 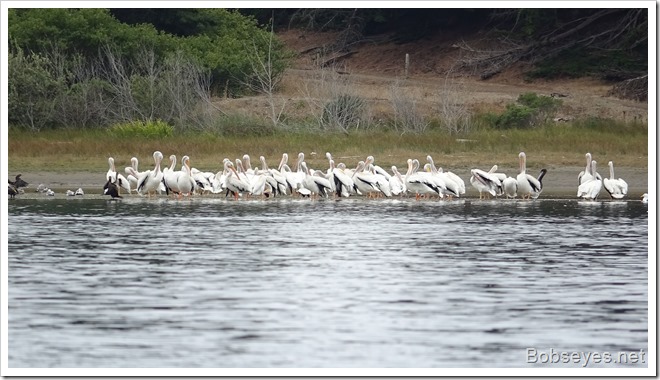 I could see a lot of birds resting on the sand down near the mouth. 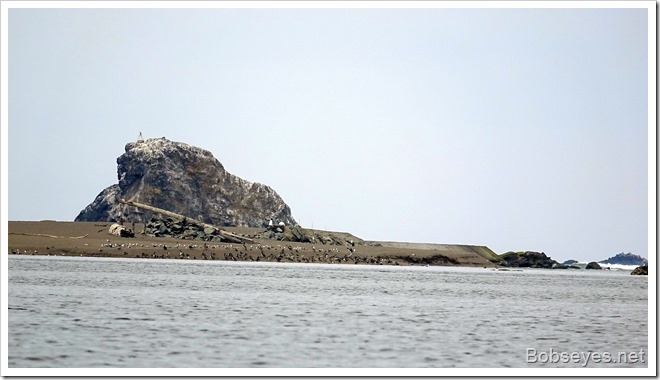 I paddled by these brown pelicans and cormorants. 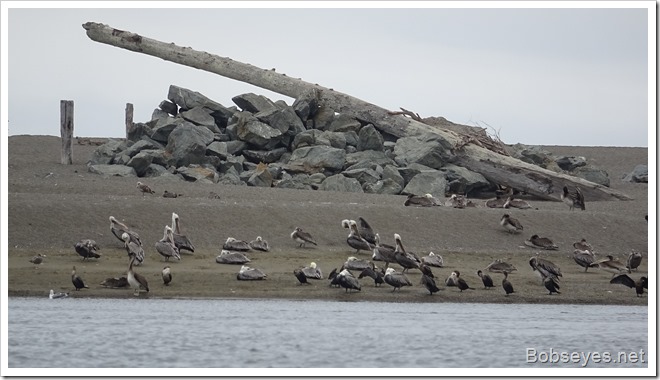 I noticed the seagulls are catching these small crabs to eat. They just jump up in the air and dive for them a foot or so under the water. 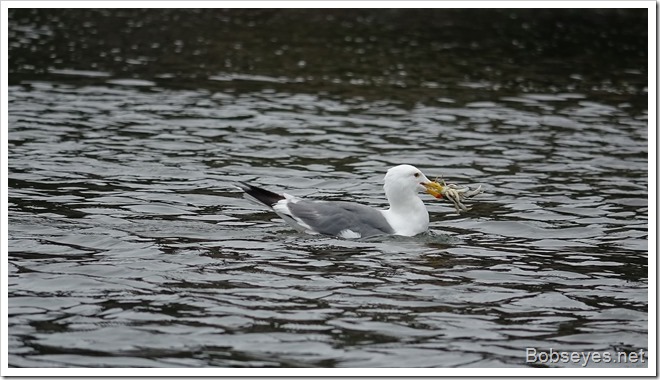 Sitting in the mouth

I pulled my boat into the open mouth and looked around.

Some harbor seals were resting on the sand. 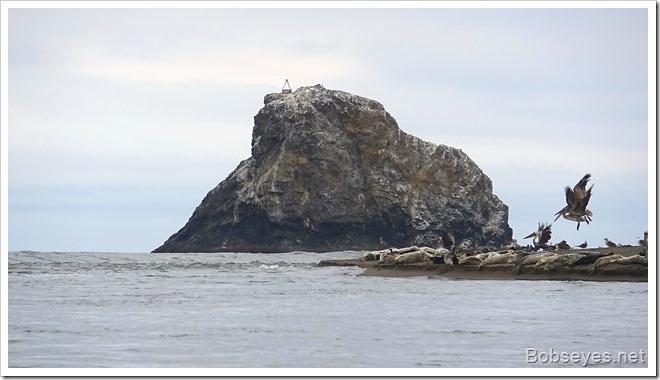 And lots of birds. 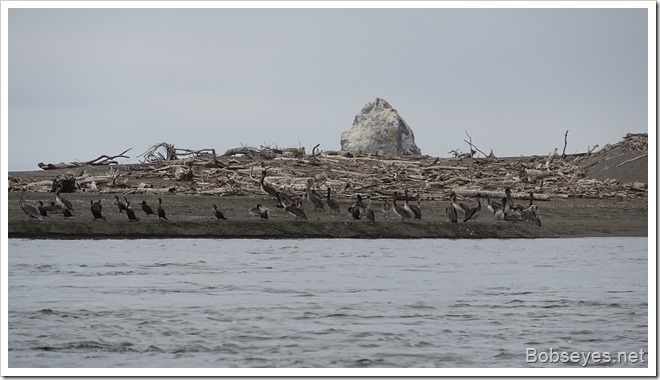 I went by this group of harbor seals resting on the beach. 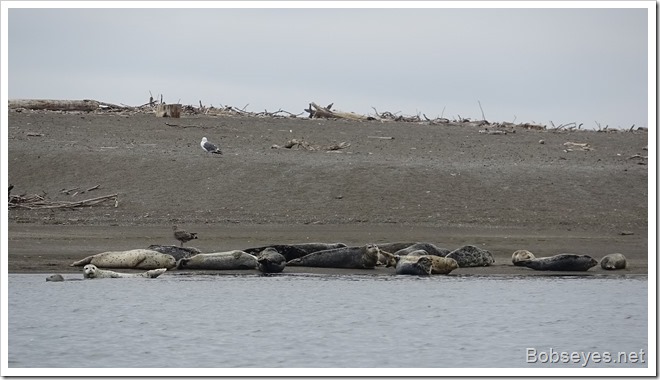 From there I paddled on down to the end of the river where this great blue heron was sitting. It flew off as I approached making a dinosaur type noise. Squawk, squawk. 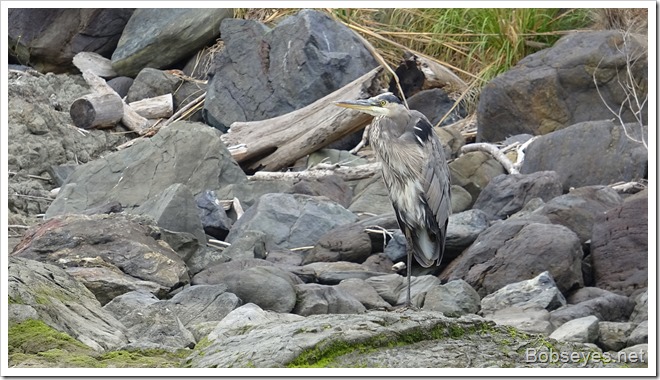 This loon swam close to my boat as I was sitting there at the end of the river. 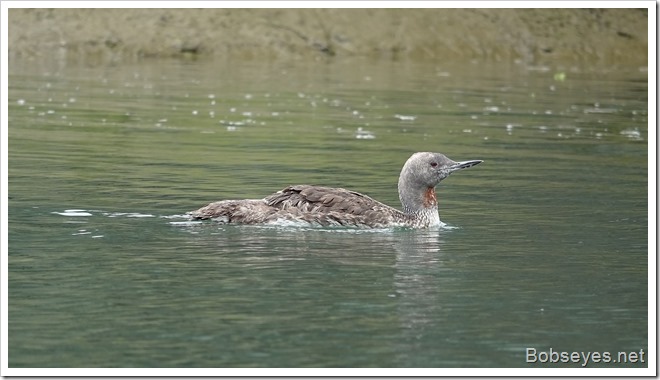 There were two other loons resting on the beach. Their legs aren’t made for walking on land so they just barely get out of the water doing a sorta crawl which you can see in the sand. 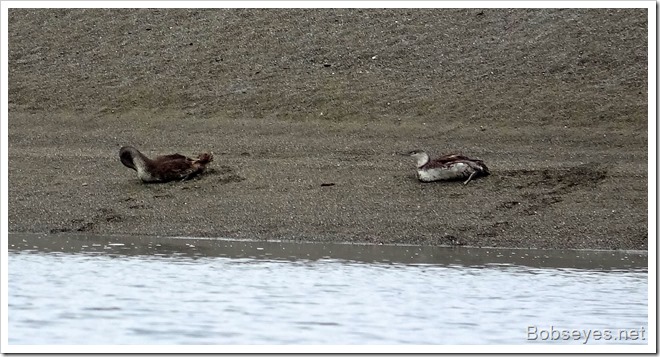 From there I headed back up the river going by the white pelicans on the lower end of Penny Island. 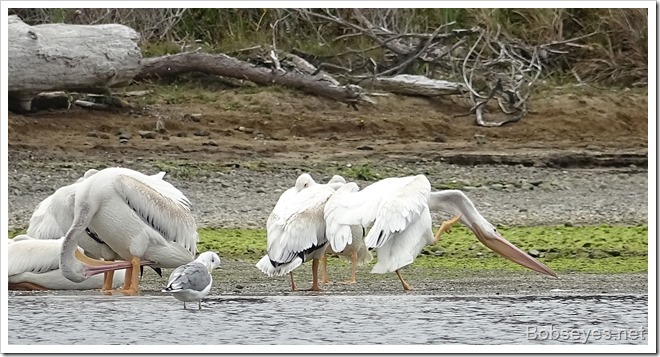 And I paddled by this egret sitting on a tree branch on the island. 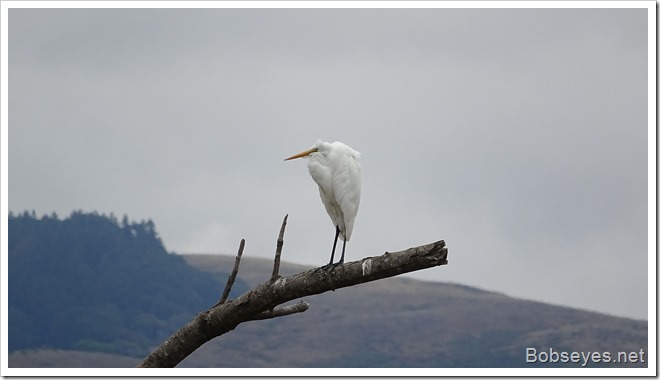 I continued on up the river as far as Eagle’s landing where I rested then headed back down towards the boat ramp going by this great blue heron on the way. 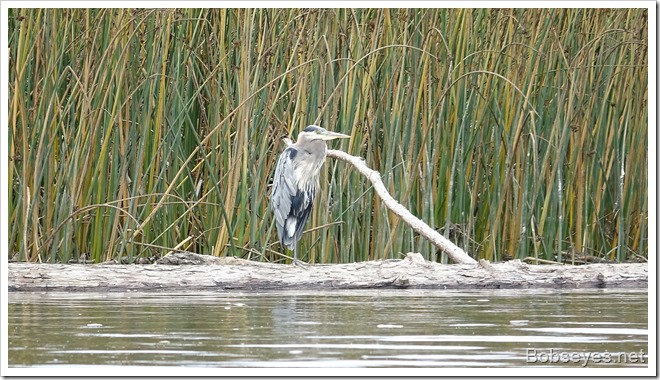 I hit the boat ramp and loaded my boat and went on home for the day.

Once I was rested up I went out in the garden and planted some raspberry plants I dug out of the blueberry patch the other day and gathered some more weeds to feed to my chickens.

I also picked some more prunes to put in the truck trailer dryer to dry. I noticed some animal has been eating some of my prunes drying in the trailer so I’ll have to find something to cover them up at night.