My brother Barry wanted to take his wife out to try out a kayak so we headed on down to Jenner around noon to let her have at it.

There was a bit of a chill in the air but the wind was down so it was a nice day for paddling.

Headed to the closed mouth

Paddling down along the island’s edge. 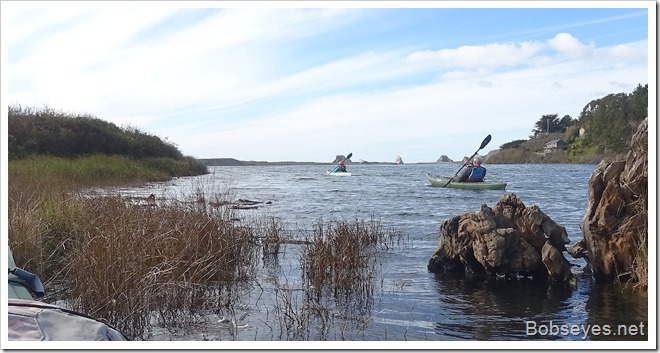 As we got close we could see some birds but not near as many as last week. 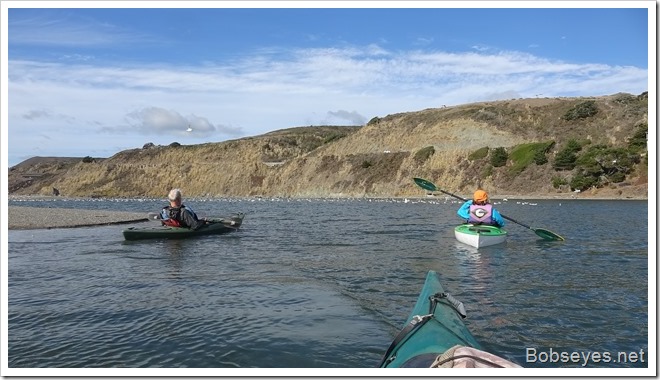 They stopped for a picture just before getting into all the birds. 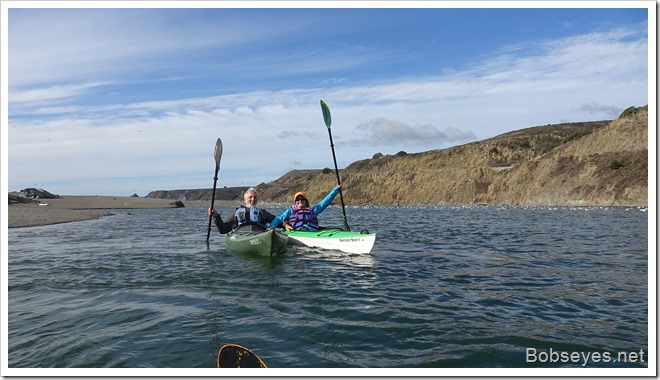 We checked out the birds for a bit and I looked for the harbor seals but didn’t see any. I thought they might be on the other side of the birds so we headed on down through them to Hay Stack rock at the end of the river to see if there were any seals down that way.

We decided to go to shore to have a look at the ocean and see if there were any harbor seals on that side.

We landed here on the sandy beach and walked over the sand to the ocean. 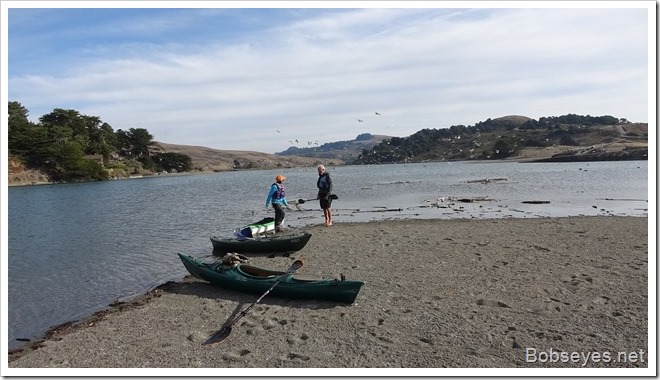 I looked north but no harbor seals, just a few gulls. 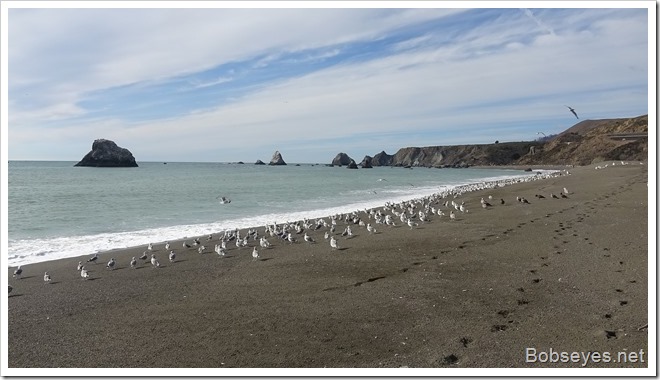 And looking south, still no seals. 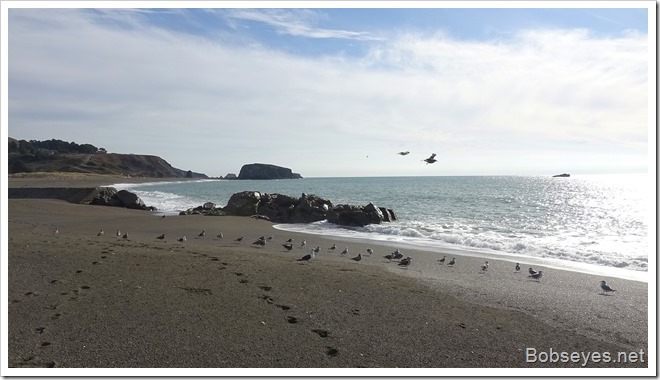 We got back in our boats and went back over to the closed mouth area to watch birds for a bit. 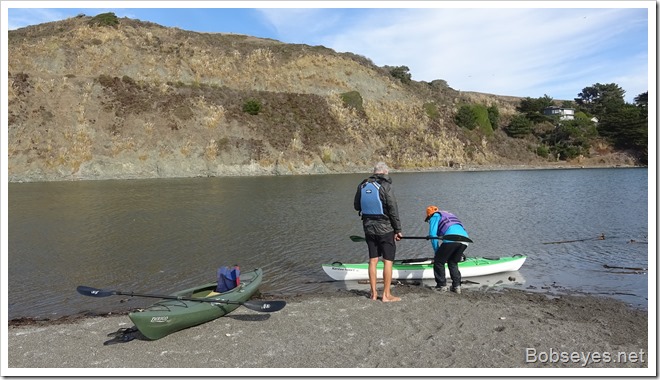 There weren’t too many brown pelicans here today but some were coming in off the ocean, likely after chowing down out there on small fish. The pelicans were coming back from the ocean around noon before but with the time change I think we were just a bit early as there seemed to be more coming in as we left the area and headed back.

They splash a lot taking a bath in the fresh river water and doing some preening too. 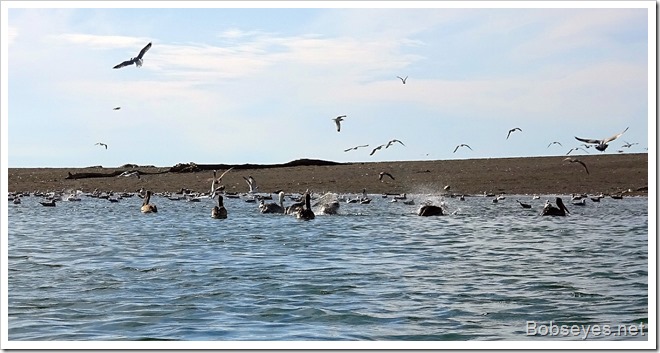 My brother’s wife, Mary Jane said she’d had enough and headed back to the boat ramp with us following, something about sore muscles here and there. :O)

We got our boats back on the rigs and  went on home for the day.

When I got home my chickens were waiting for  me to let them out to graze. No body told them about the time change either and they get set in their ways. I let them out. 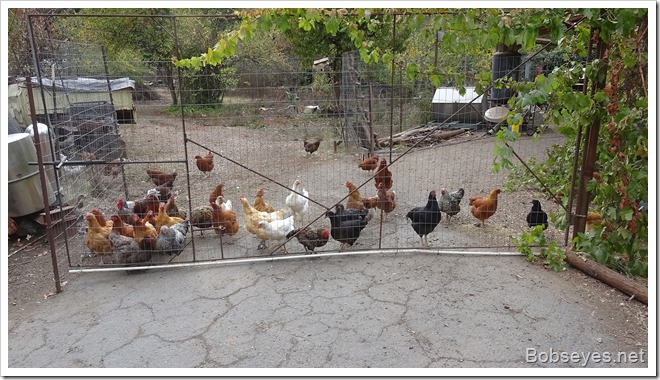 I was trying to think what I did after that. Seems I ate some food and did a a bit of chair hopping and the day was over.

1 Response to Paddling Jenner With Barry and Mary Jane