The wind was supposed to be down at Jenner today so off I went for a paddle about noon.

I put the boat in the water and paddled across to Penny Island and headed on down along it’s edge to it’s lower end where a bunch of seagulls and some terns were resting on the gravel. 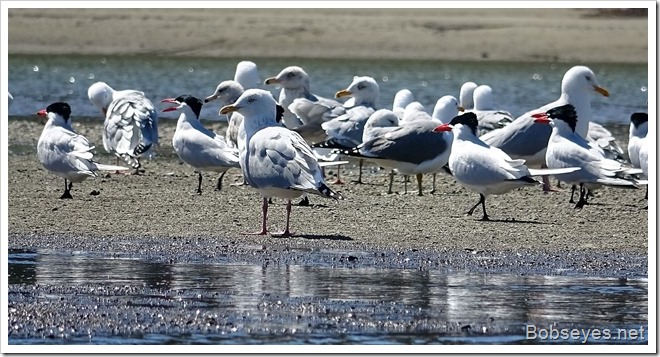 John tells me his story

I paddled on by them and headed across the river to John’s house. I hadn’t talked with him since his heart operation. John’s a Vet and get’s care through the Vets system in San Francisco. He’s still alive but not doing too well. He said he barely made it out to talk with me. So I let him talk and heard his stories. Sounds like a rough time. One of the things he told me was when he was last in the emergency room he gave the heart doctor there his medical card with his heart condition and his heart surgeon’s name on it. He said the lady started to leave while she looked at it and stopped and turned and said surprised, did you know you have the best heart doctor in the world which surprised John. John said from now on he won’t question the guy anymore and just show up when he’s suppose to for a procedure. John’s scheduled for another operation in a couple weeks to try and complete what they tried to do on the last operation, so I wished him luck and took off for the river’s mouth area, just ahead.

Here’s John in front of his house as I talked with him. Part of the time he laid prone on the ground as he said he felt so bad. He looked sort of dead laying there, but he wasn’t and I watched as he made it back into his house. 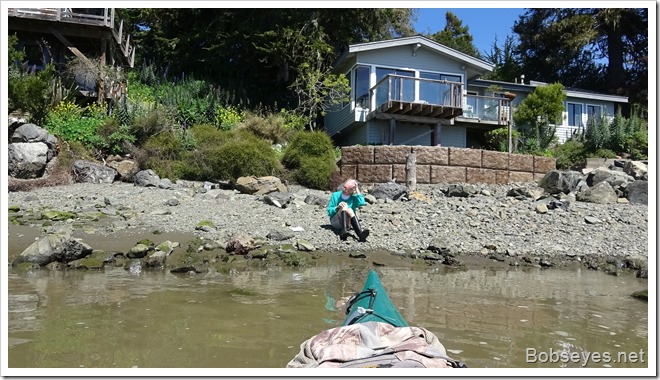 Mouth area up ahead

The little wind we had died down for a bit as I paddled to the mouth up ahead. 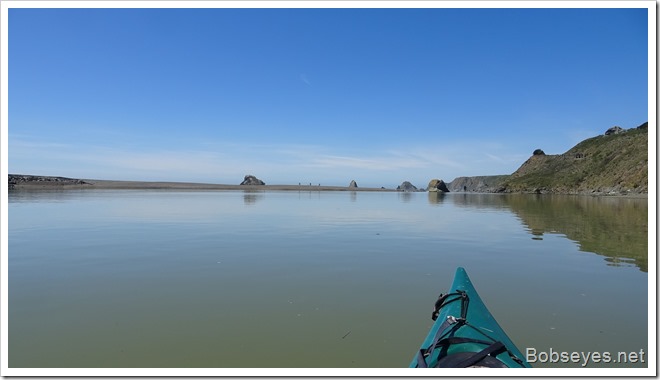 The river’s mouth is open and going out the north end just up ahead, so I paddled on into it. It was low tide but the outgoing current wasn’t very fast. 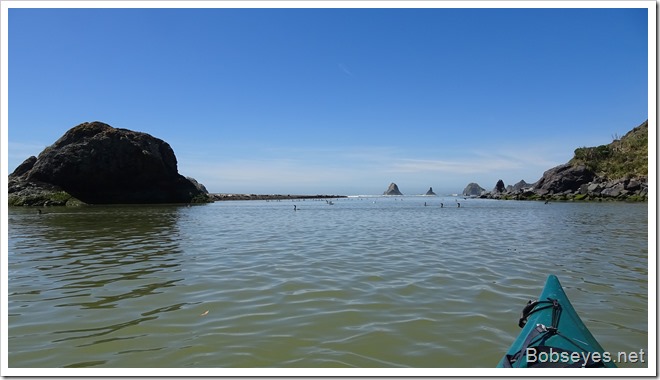 The water is clear enough for the cormorants to fish in the clear ocean water in the mouth. 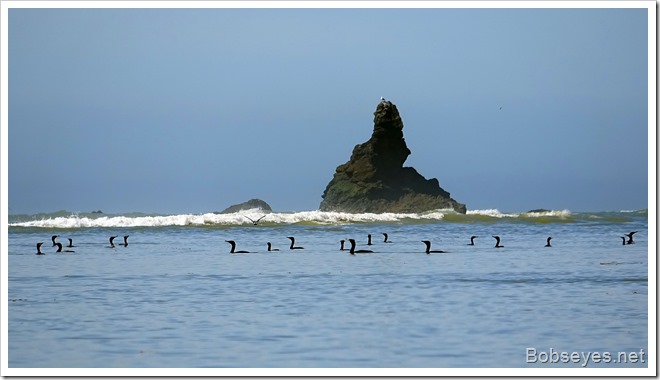 They looked like they were catching smelt, a small fish about five inches long.

This is looking out the open mouth into the ocean with some harbor seals resting on the sandy beach. 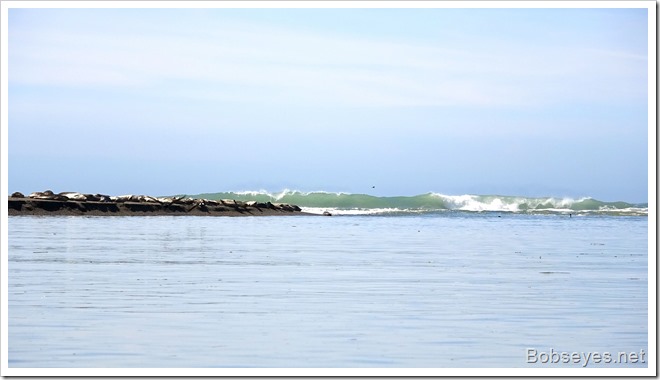 It’s getting close to the seals pupping time. I looked all around and didn’t see any new pups yet.

These geese swam by me. 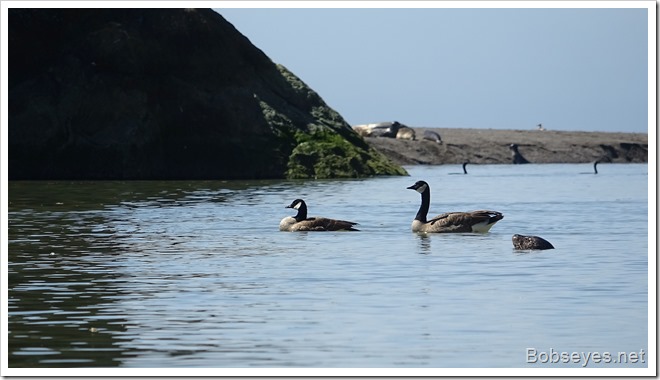 And I got fairly close to these cormorants on the rocks. 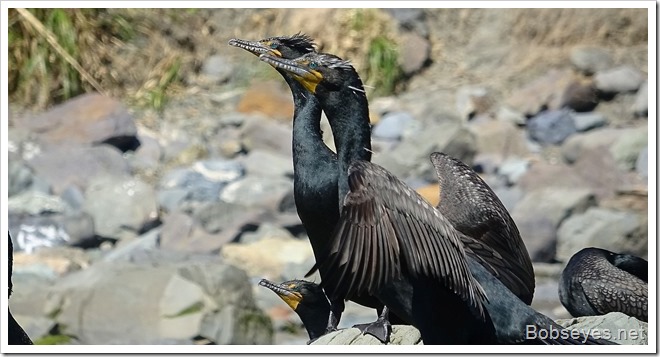 Eventually I headed back up the river taking my time and stopping here and there to watch.

I made it about a mile up the river to this spot I call Muskrat and stopped in my boat by the green grass and sat for awhile. 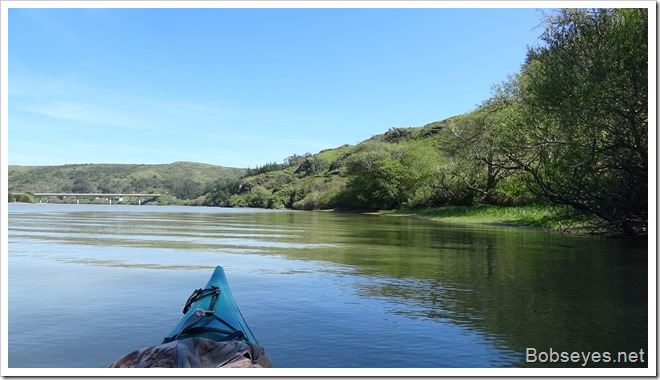 I crossed over the river to the north shore when I left that spot to look for wildlife on this side. Here I’m just coming up on Paddy’s rock. 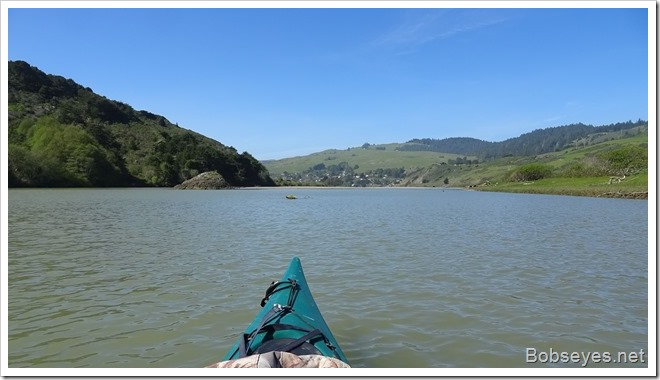 After I rounded Paddy’s Rock, I went by these geese which were resting on the shoreline. 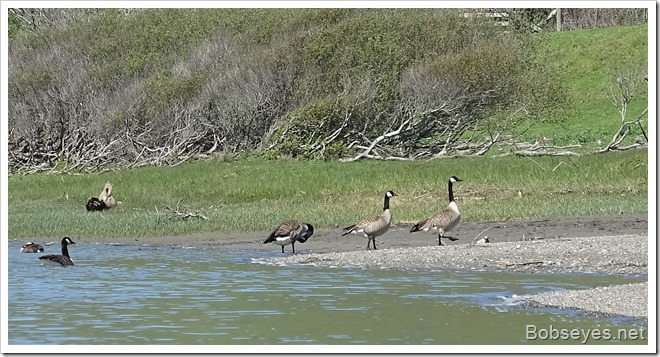 And I watched this hawk land in the tree for a bit before taking off again. 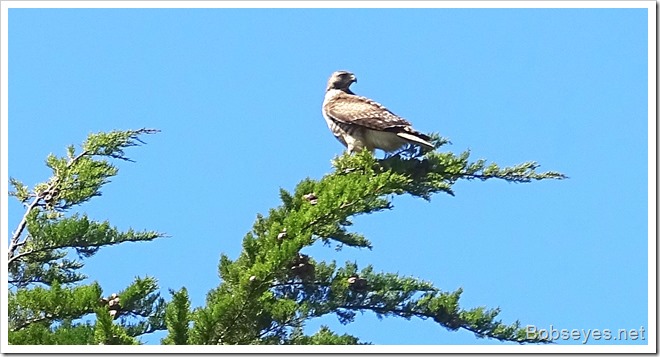 I continued on to the boat ramp just up ahead and took my boat out of the water and went on home for the day. 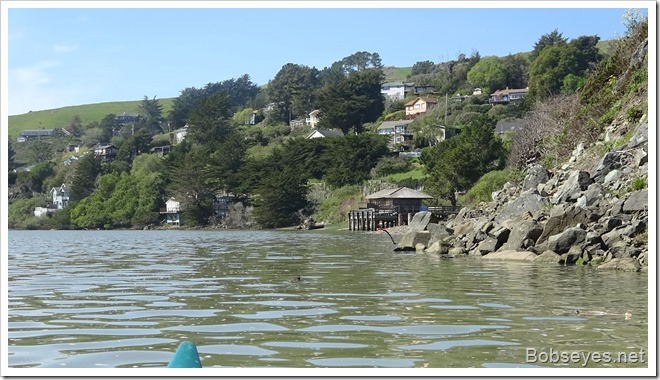 Still working on the garden enclosure

After a nap, I went outside and got to work on the garden enclosure. I cut the last two pieces of the bottom wire and installed one of them.

Here’s where I’m cutting the wire and bending it. 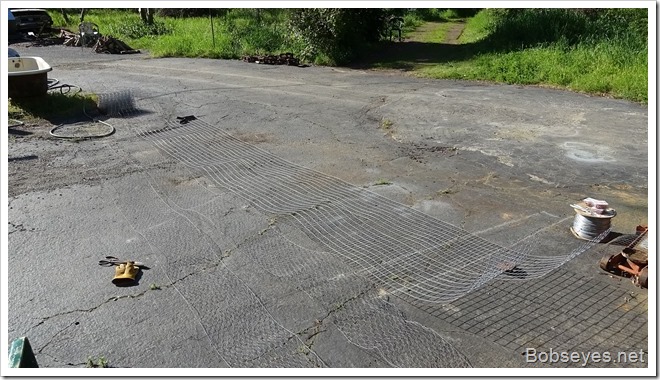 The grass is growing real fast right now and some things could use mowing so I spent some time getting the weed mower started for the season. I did a little mowing, but the mower’s engine kept dying every few minutes and I got tired of starting it, so I only mowed a little. I think the dying engine means I need t clean out the carburetor bowl for dirt which I think is plugging up the jets, so I’ll do that tomorrow, maybe.

All the starts wore me out

I mowed and kept starting the engine until I decided I’d had enough of all the restarts which was wearing me out pulling the starter rope, so I quit.