Nice day for a paddle on the river

Today John and I were going to do a shuttle from Guerneville Beach to Monte Rio then continue down below Monte Rio to Rein’s Beach and paddle back up the river to Monte Rio where John’s truck was parked.

I met John at his house in Guerneville where we loaded his boat on my car and then drove to Monte Rio where we left his truck at the boat ramp.

We then drove back to Guerneville in my car and put our boats in at the summer dam at Guerneville.

John wasted no time paddling across the river to look for fishing gear stuck on the trees. The river was up flowing about 3000 cfs and muddy from the recent rains.  Just enough water for a nice drift. 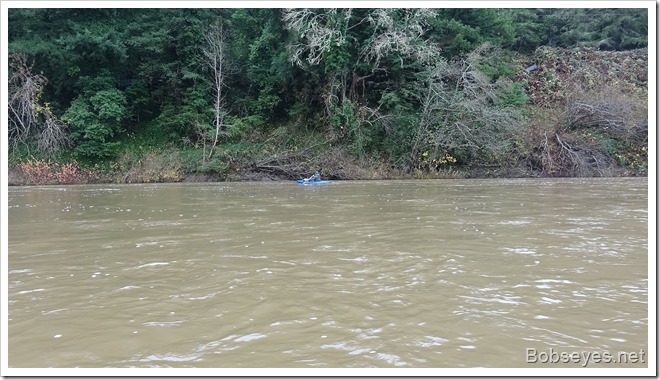 Just below Guerneville we ran into this old boat John had to check out. It appeared to be one someone set adrift to get rid of it which people sometimes do as old boats are hard to get rid of. 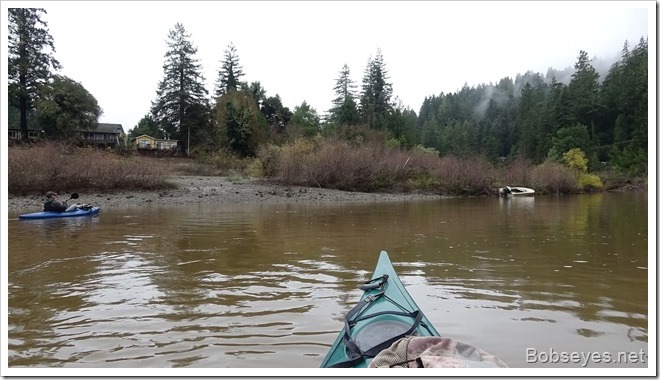 We continued on down stream drifting along. 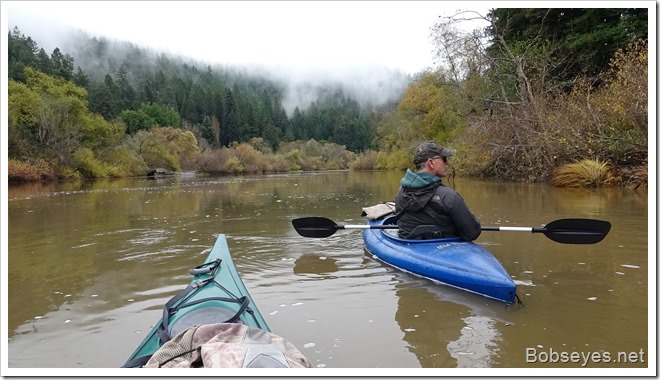 We spotted this boat stuck in the trees. John spent about a half hour trying to dislodge it but in the end he couldn’t get lit out of there so we left it. It appeared to be some kind of kayak. People tend to leave them on the water too late in the year and the river takes them when it comes up during a rain storm. 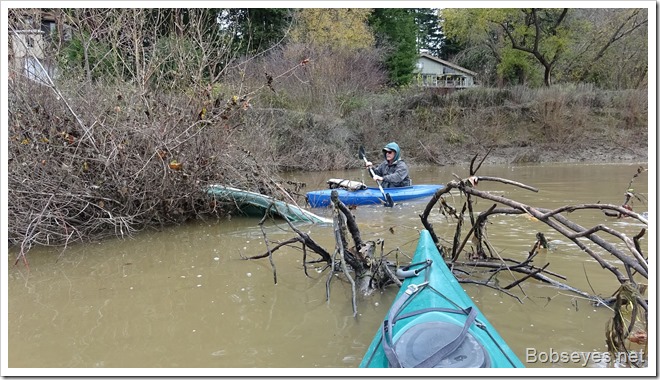 We drifted on down the river. No one else was on the river which is always nice. 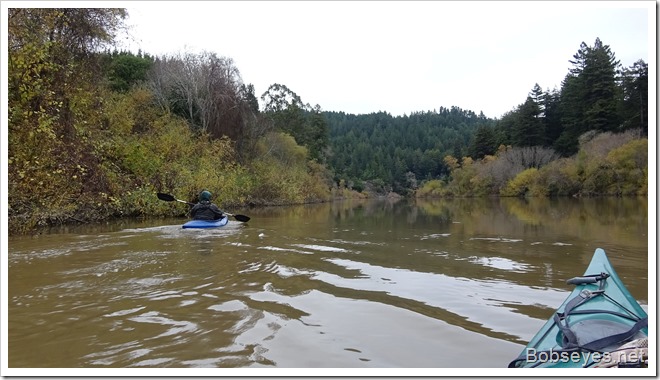 Going by Bohemian Grove here, a nice spot on the river just above Monte Rio. 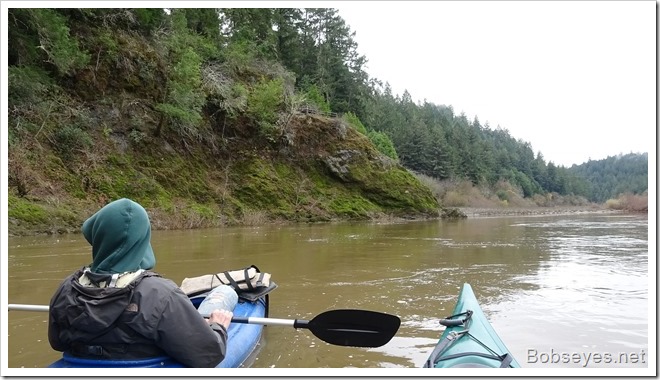 Here we are going under the Monte Rio bridge where John’s truck is parked but we went on by for now. 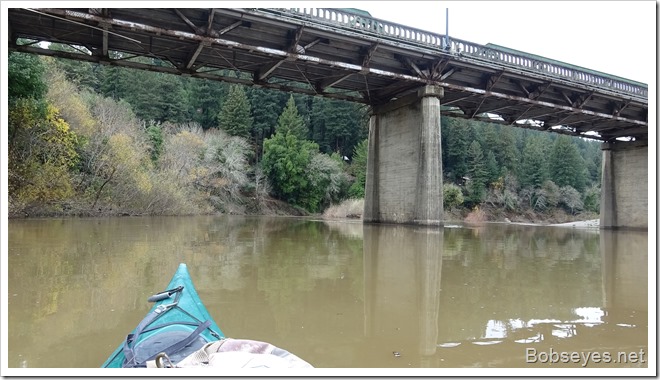 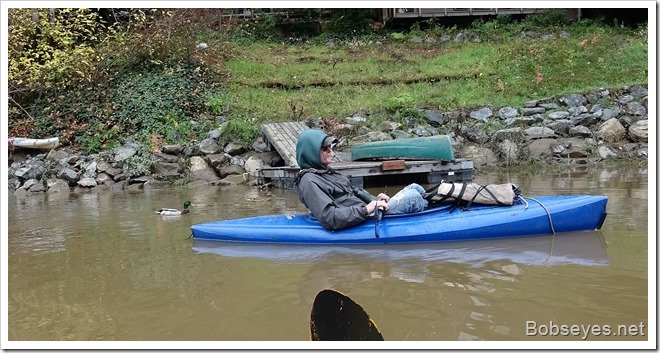 And we saw a red mink on this board but it ducked under the pile as I was lining up. You can just barely see it’s head looking out at us if you look hard. 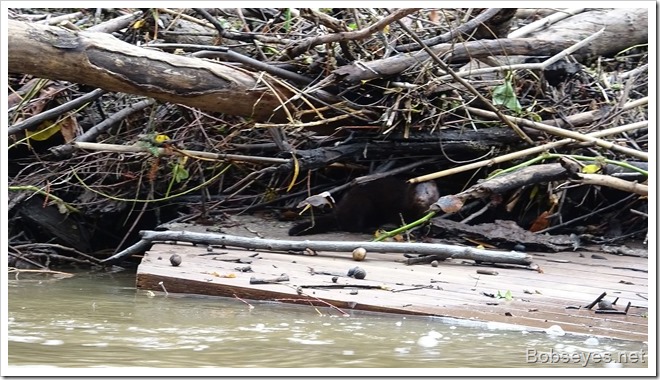 We drifted on down the river below Monte Rio. 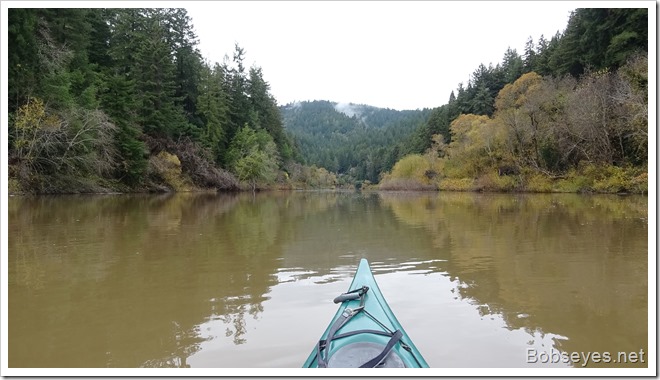 And went by the Villa Grande hole here. Note the beach is real muddy as the river was just up a bit higher during the rain storm. 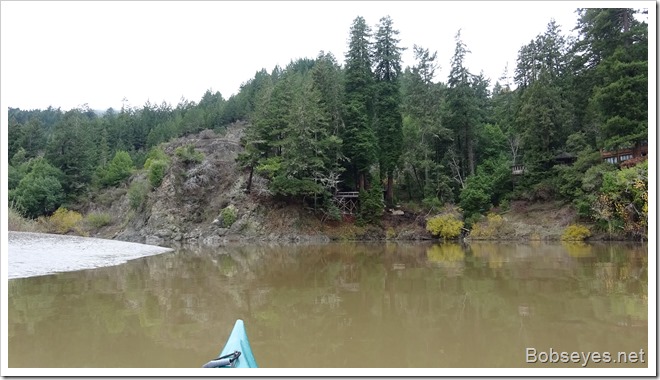 Another no salvage kayak

Just below there John spotted another kayak turned over in the water but the current was too strong there to do anything with it but John tried before giving up before he might turn his boat over. 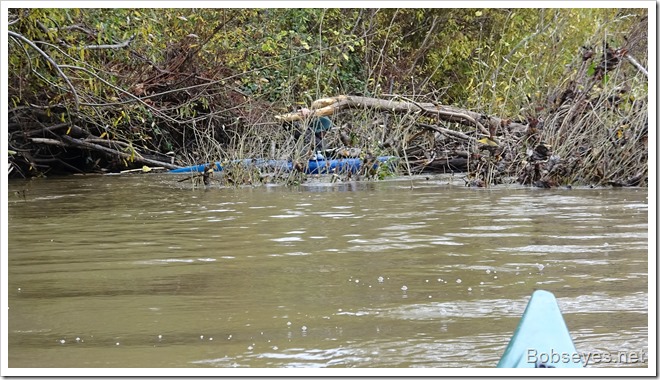 We stopped here at the Sheridan beach so John could get his lunch out and eat it. John had his rubber boots on but I didn’t so only he got out as it was very muddy, snot. 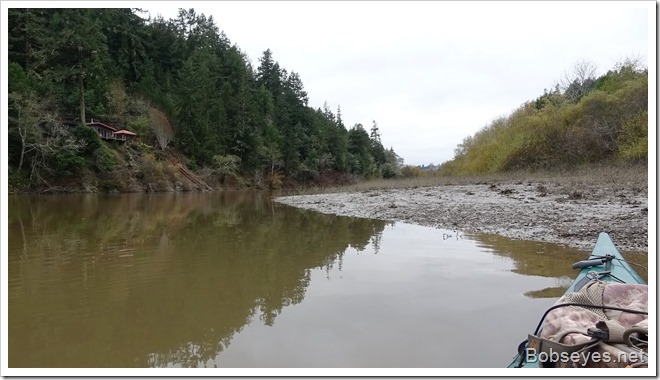 Turned around at Rein’s Beach 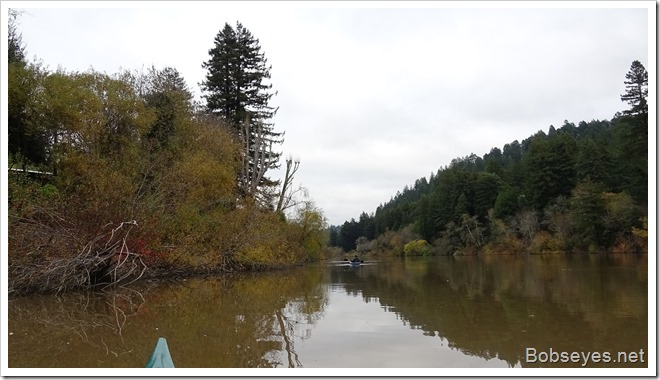 We stopped here at the Villa Grande hole for a short break by this little creek coming into the river. 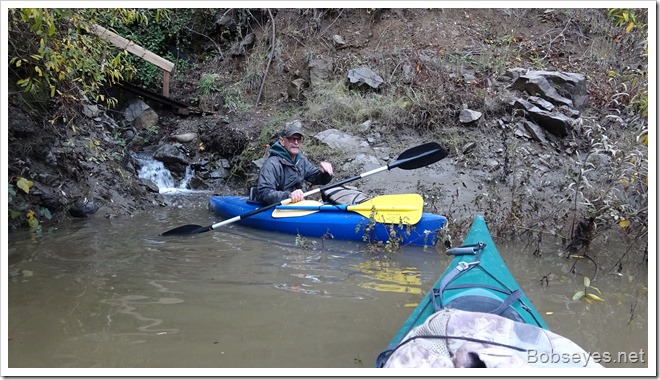 The great blue heron was eating a fish but I was too slow to catch that with the camera. 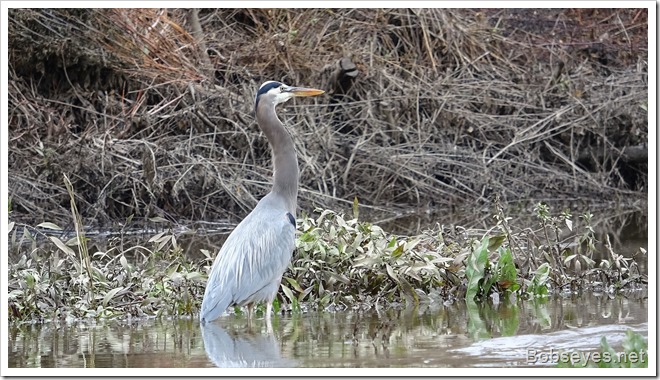 Here we are approaching Monte Rio where the boat ramp is on the left there where we are going to get out and load up John’s truck with our boats. 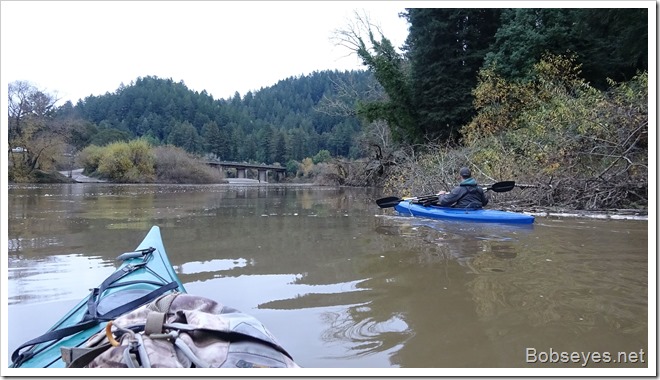 Here we are at the boat ramp. That’s about six inches of real slimy wet mud on the ramp. John’s rubber boats saved him but I  only had shoes on so John got his boat out and then helped me get mine out so I didn’t get too muddy. 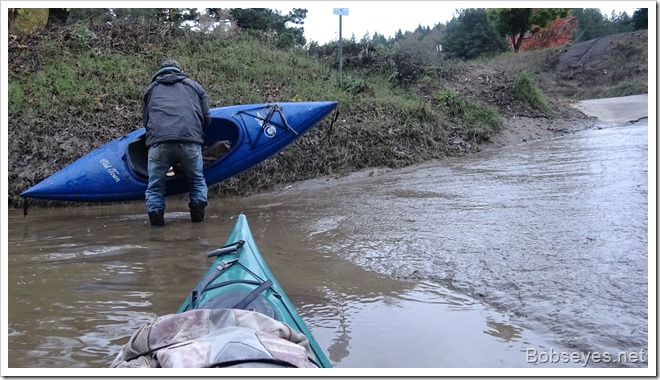 We were careful and left most of that mud there and loaded our boats and drove back to Guerneville to retrieve my car. 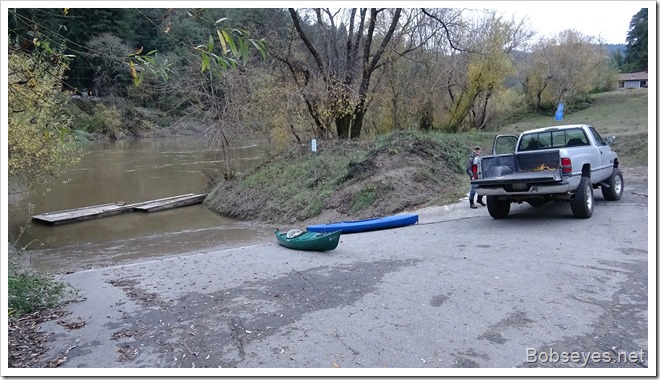 That was a real nice day on the river much better than staying home.

By the time I got home the chicken’s were already on the roost so I closed them up and that was it for me today.

I did cook up an instant pot of white beans I was soaking which I added some wild pig bacon I got from John. That turned out real good and was dinner and I have more for more dinners which is always good. Yummy.

Real nice day enjoying our river in the winter.