Paddling Down Below Monte Rio Amongst the Steelhead Boats

I headed down to Monte Rio today with my kayak and put in at the Monte Rio boat ramp. I knew there’d be a  lot of steelhead fishermen out today as with the recent rains there was finally enough water in the river to make it legal to fish. 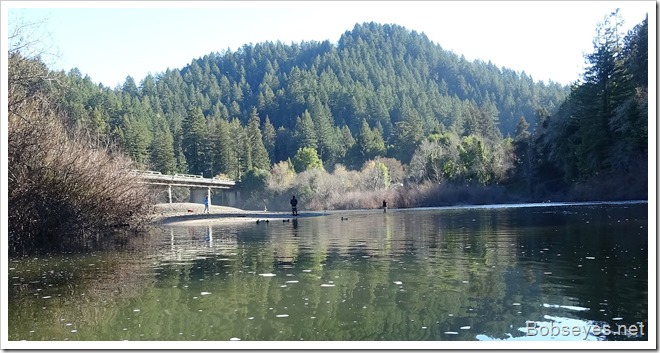 I was headed down river this way. You can see some boats in what is known  as the Slot just up ahead. 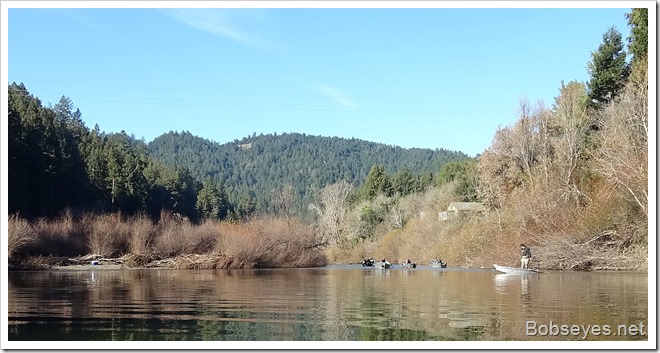 I carefully pulled in by them in this brushy area so I could shoot the bull with them for a bit. Seems fishing was slow today so the bull stuff was flying. 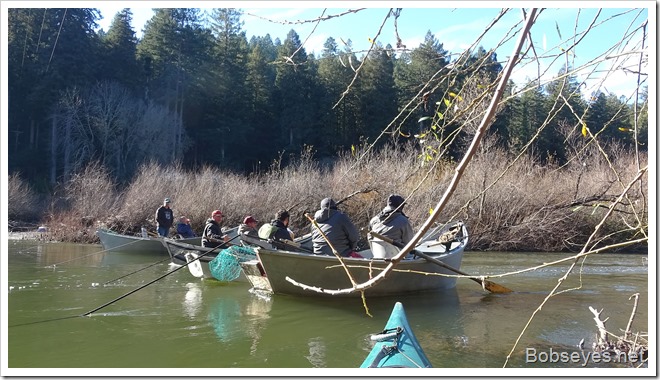 After a bit I started on down the river going by this guy. 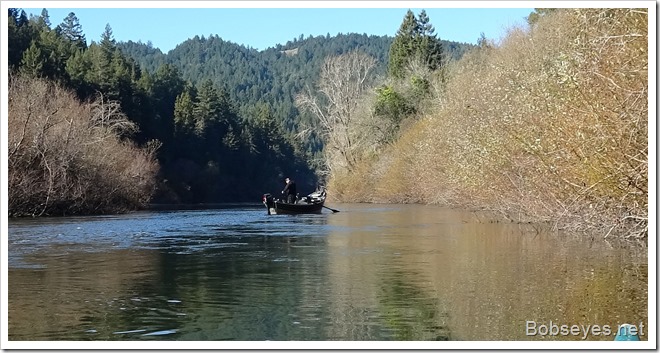 I was headed to the Villa Grande Hole in this spot to sit and see what was going on and just enjoy the day as it was a nice one. 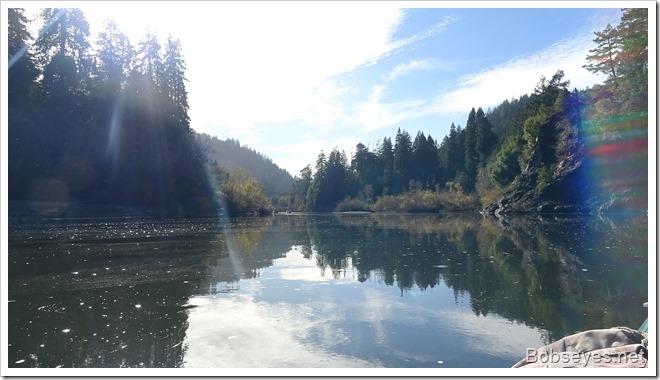 This great blue heron was watching me from these rocks. It was getting some sun and likely had already filled up on fish earlier in the day. 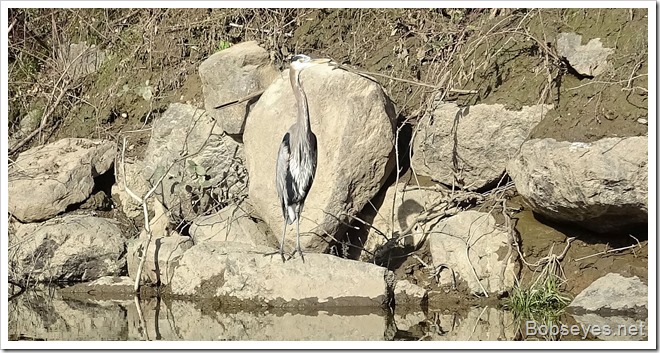 I could see a couple of fishing boats over there on the left but I wasn’t sure who it might be so I stayed my distance. 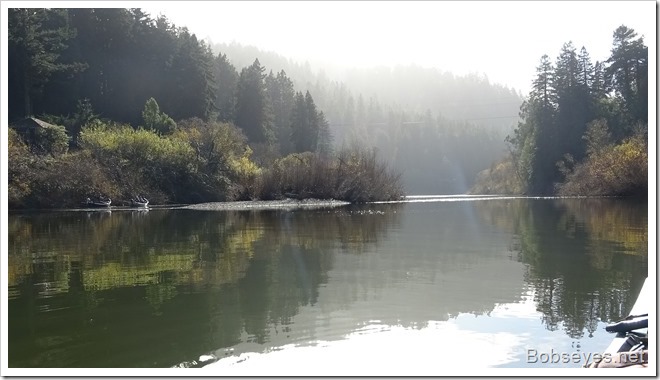 Eventually someone said, hey Bob so I paddled over there and shot the bull with Bugby for about an hour and a half. Not much fishing action but one of the guys had caught one earlier in the day up at the Slot. 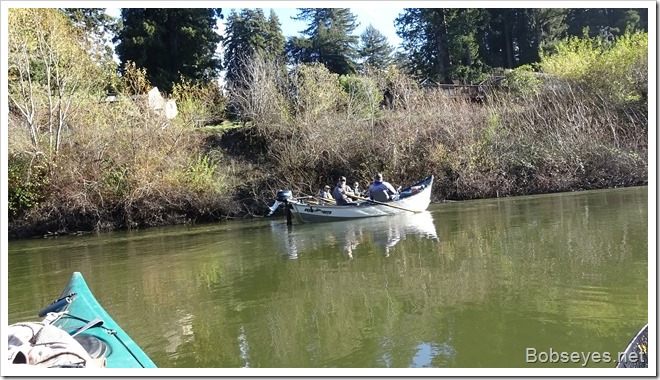 The guy in the front of the boat on the right was the only guy I heard that caught a fish down this way today. I left to go down the river a little further. 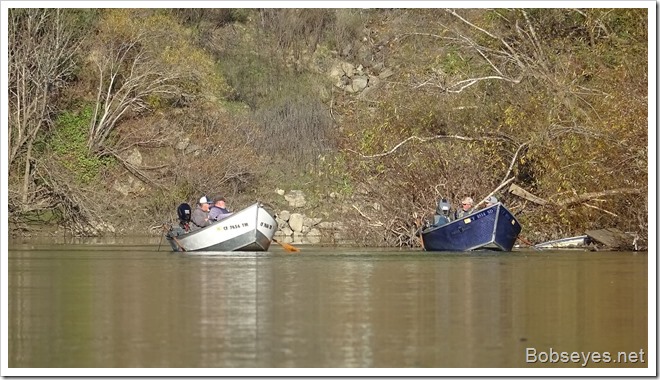 I stopped here and looked back before drifting on down the river another half mile or so. Nice day eh. 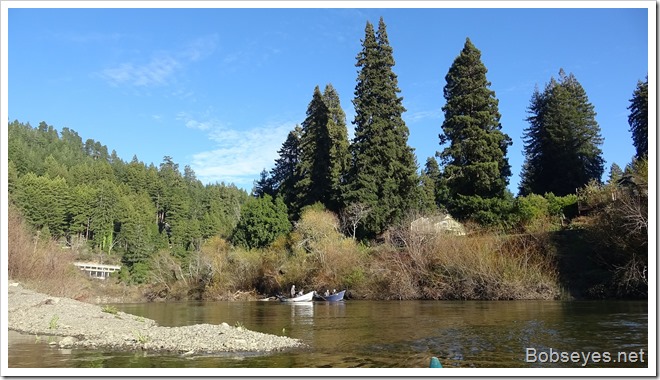 I made it to Sheridan Beach where I saw this pair of merganser ducks. The male seems to be feeling his oats. 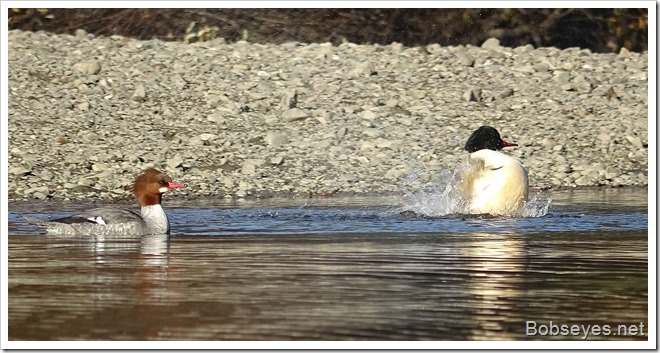 Paddle back up the river

Eventually I started my paddle back up the river and am just below Monte Rio here. 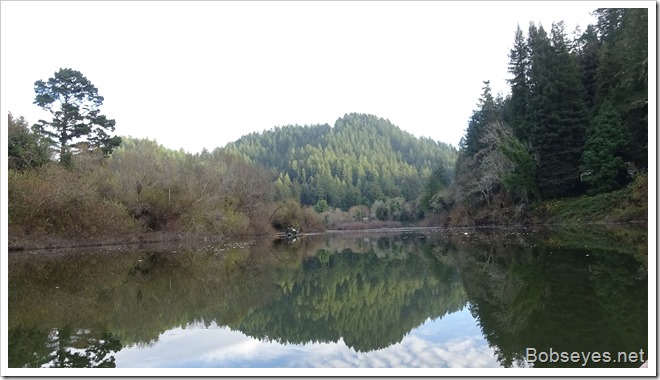 I could see a fishing boat up ahead it was Bugsbee just below the Slot. 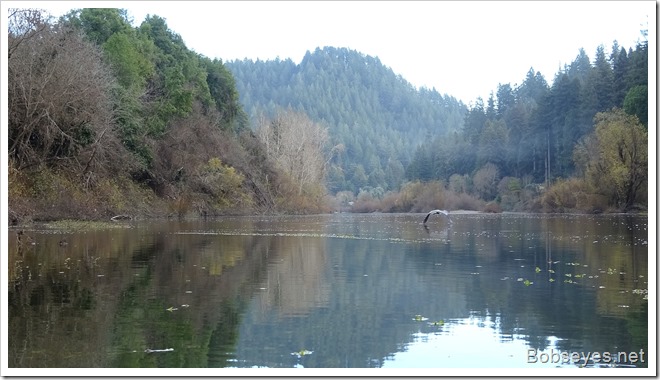 I passed by them then they passed by me using their motor. 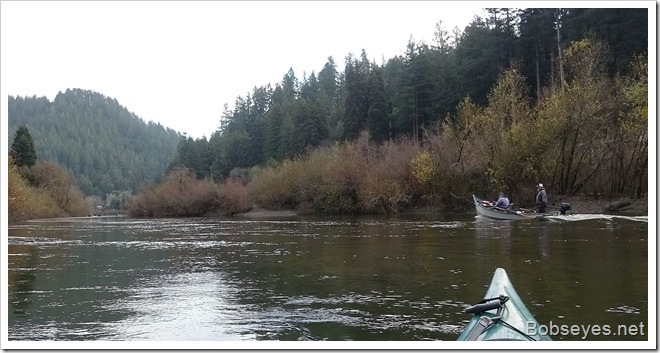 I made it back up to the Slot where these guys were still fishing or at least shooting the bull as the fishing was still slow. 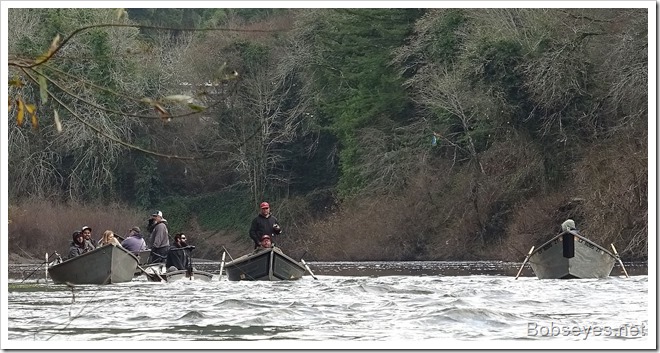 I paddled up by the Monte Rio bridge and saw Bill standing there fishing. It looked like he was sleeping standing up to me so I went over and woke him up a bit. No fishing luck there either. 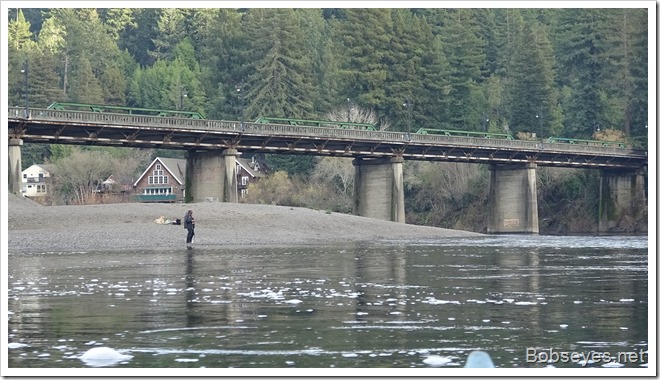 I turned and went back to the boat ramp. Looking down towards the slot the sun was going behind the hills on the left. 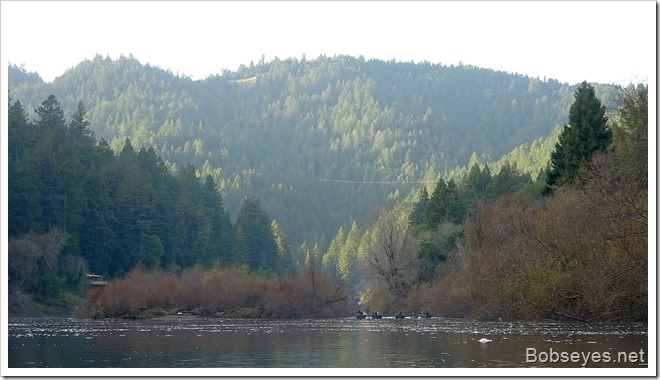 I pulled my boat out and went on home for the day and a nap.

Rat in my van

Last night I put my video camera on my van as a rat had been getting into it through the slightly open window and making a mess. I wanted to make sure it wasn’t in there before I shut the window to keep it out.

Here’s the rat, after I locked it out. It’s climbing the steel radio antenna looking for a way in. How it can get traction to do that I don’t know. 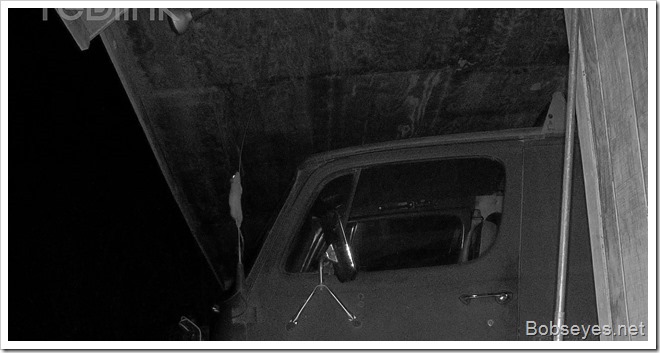 Here it is on the window after I shut the window. 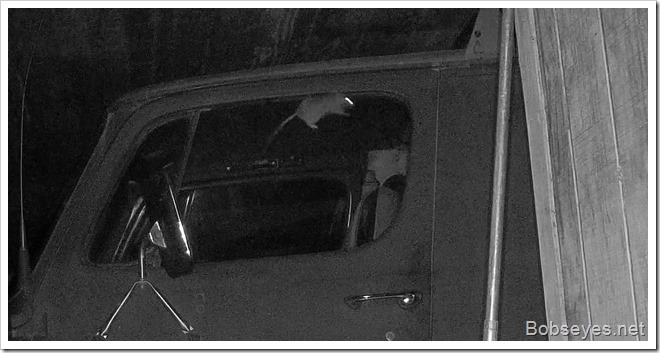 It tried hard but I think I won this round. It’s making one last effort to get in but can’t. 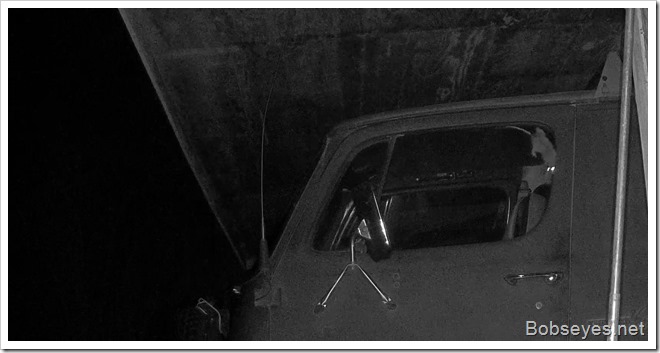 That was my day kayaking on the Russian River with the steelhead fishermen. I did see one fisherlady in the crowd too.

Nice day on the river for sure.