Yak while I can

The weather guys say there’s some more rain coming in tomorrow so it seemed like a good day to head on down to Jenner for a yak. The weather guys also said the wind would be down today and cloudy.

I checked the chickens and gave them some feed and was on my way.

It wasn’t long before the boat was in the water and I was paddling across he river to Penny Island looking down towards the river’s mouth area. 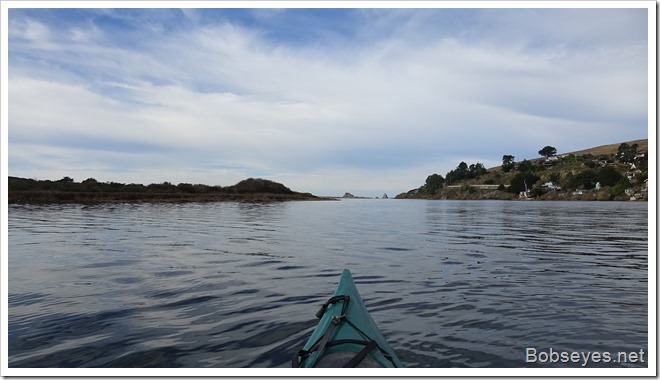 Looking down towards the mouth area I could see the river’s mouth was wide open into the Pacific ocean. 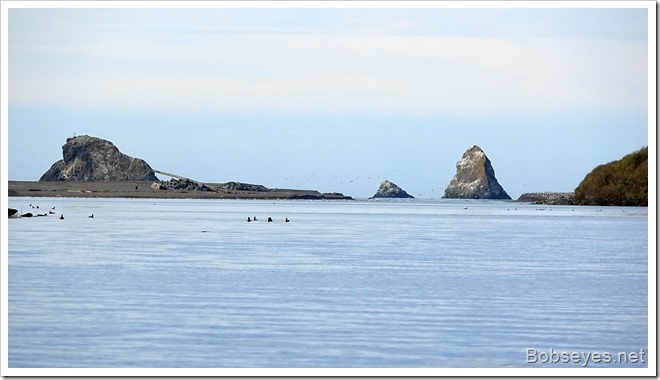 Maybe I’ll paddle down to the mouth later but for now it was up river to this spot I call Muskrat looking back to the town of Jenner. 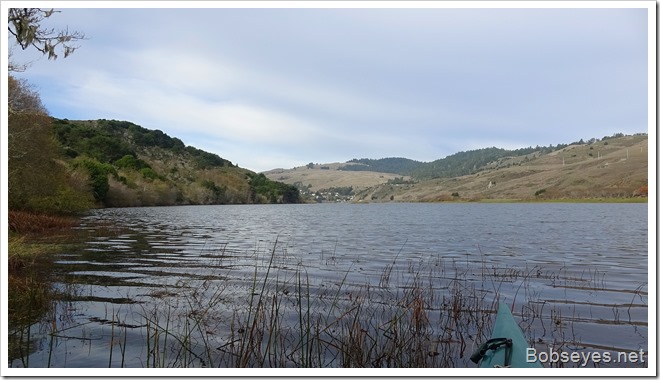 I sat there for a bit then crossed over the river to the other side and paddled on down looking for critters. 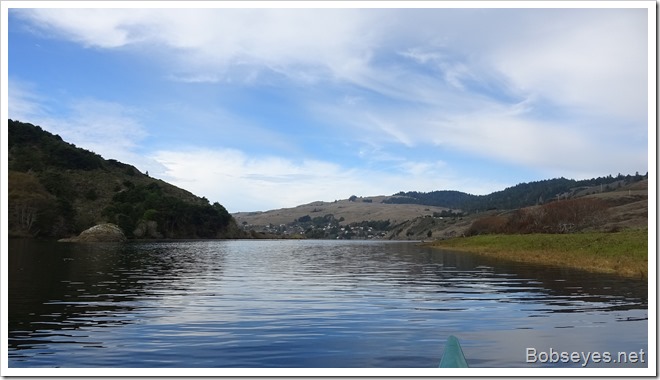 I didn’t see many critters but I did paddle by this great blue heron keeping it’s eye on me. 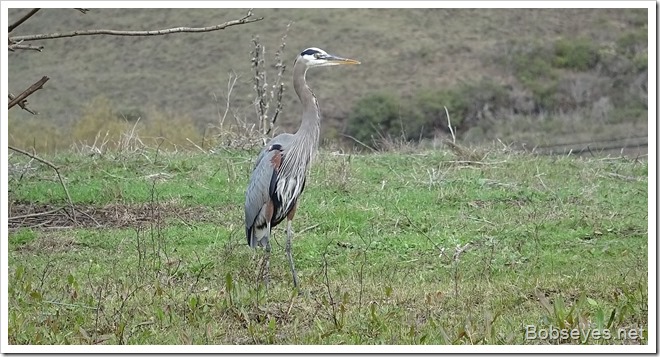 I made it back to Penny Island and paddled down along it’s north side to the bottom end and pulled into this little spot for a break. 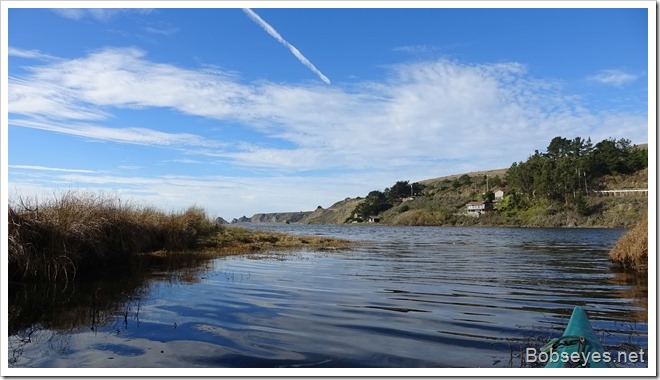 From that spot I could see out the open mouth which looked like this. Some big waves coming in off the ocean. 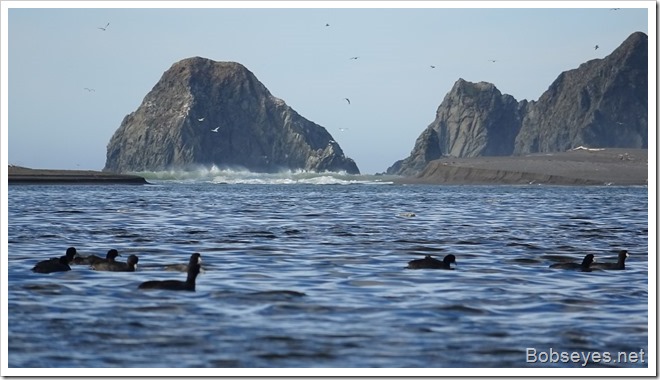 I decided to paddle on down into the open mouth to see what was going on. As I paddled across the river headed to the mouth the sky looked like this. A bit of sun out which is always nice. 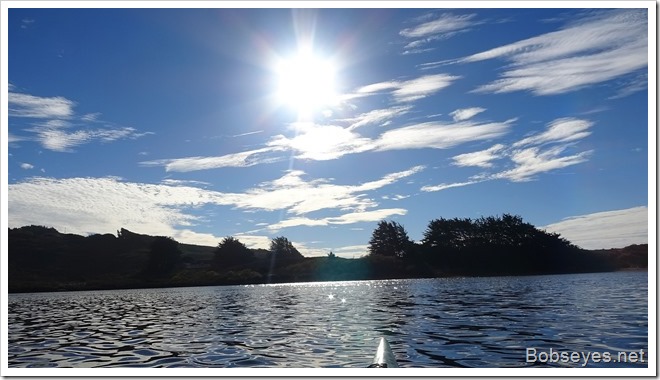 Into the river’s mouth

The river’s mouth was open real wide and it was high tide so I paddled right into the mouth and looked out at the ocean. 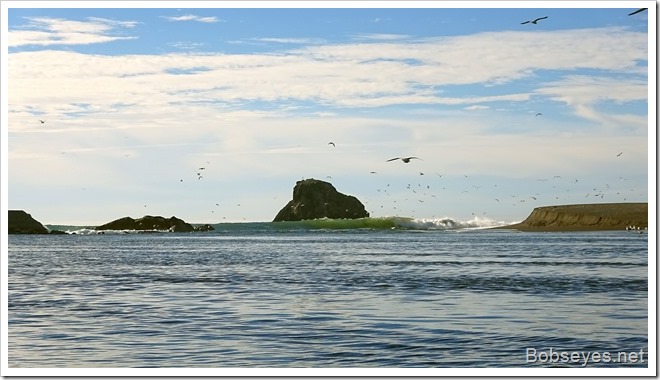 There were some birds and harbor seals resting on the sand close by. 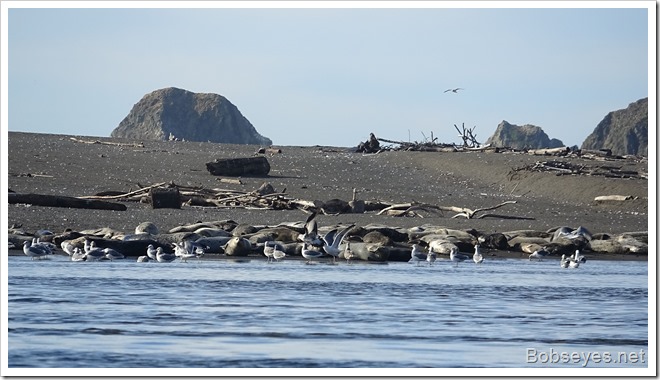 I sat in the open mouth for a bit just watching things then paddled across the river to these rocks where I spotted this gull with something.

It turned out to be it a small star fish it was trying to swallow but not having much luck. 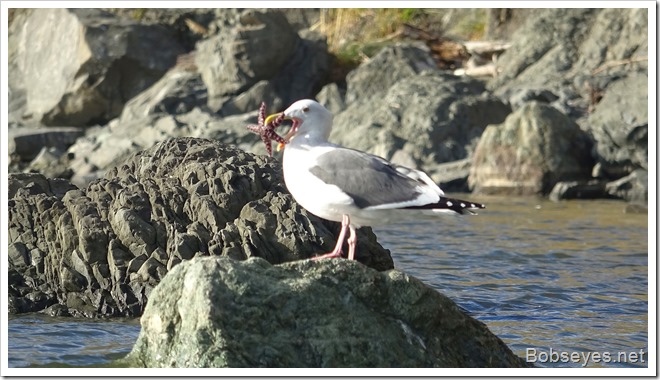 Close by another seagull had this little crab it just caught. 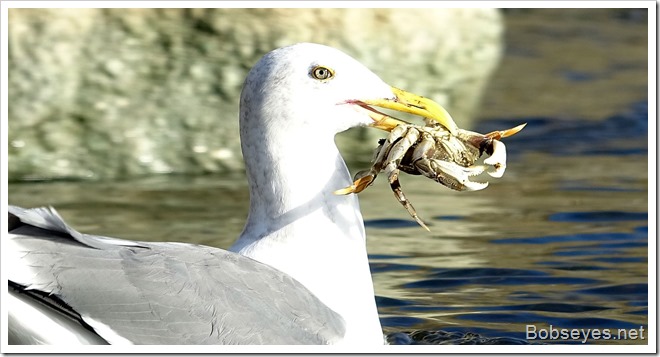 It took it to shore and started pulling it apart and eating it. 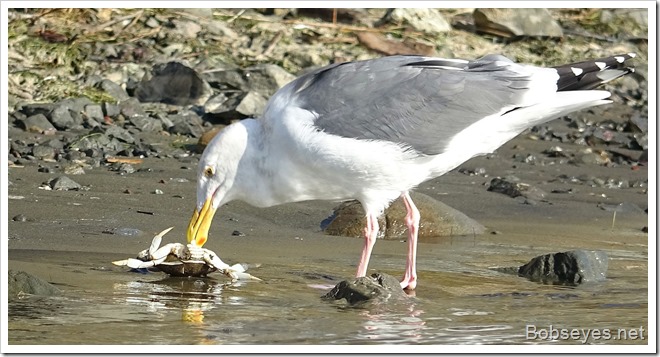 I sat around in that area for about a half hour then headed back to the boat ramp and loaded my boat and went on home for the day.

I had time for a snack and a nap before I went out to let the chickens out into the yard to graze a bit. 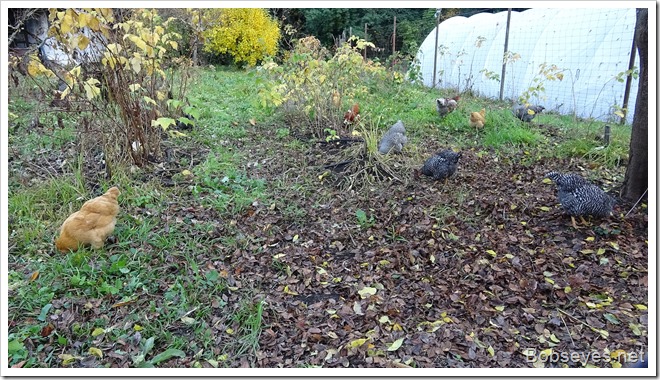 I give them about an hour out before it’s roosting time when they come in to roost for the night at which time it’s about time to go in the house for the day as dark is fast approaching.

That was my day for a nice one mostly just taking it easy.