Paddling Around the Estuary and Ripe Oranges

There was frost on the ground as I got it going this morning. The sun wasn’t over the eastern mountains yet, so it was cold. So off I went to Jenner  where I was hoping it would be a bit warmer and it was. The sun was out, but there was a cool breeze coming off the ocean.

I paddled across to Penny Island and headed on down along it’s edge. 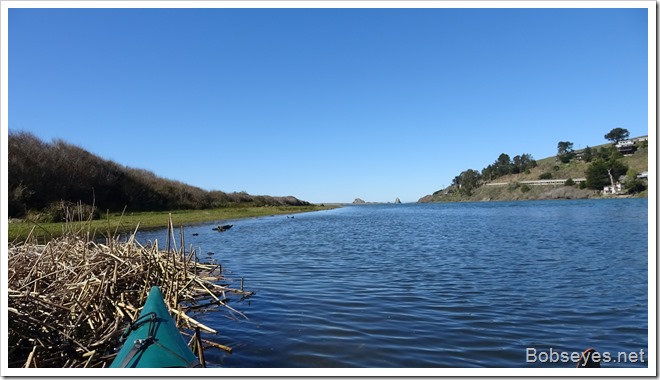 I went by this pair of mallard ducks feeding in the shallows. 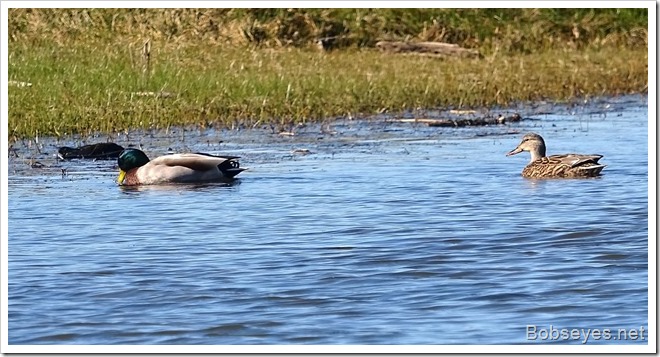 I could see the river’s mouth was open to the ocean as I looked from the island. 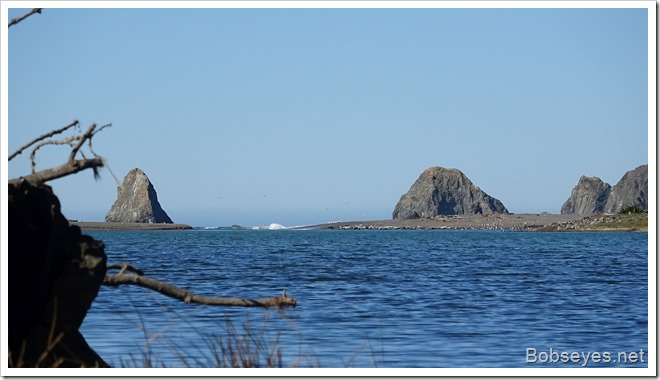 I continued paddling on down to the end of the island and stopped for a bit here before paddling across to the open mouth. 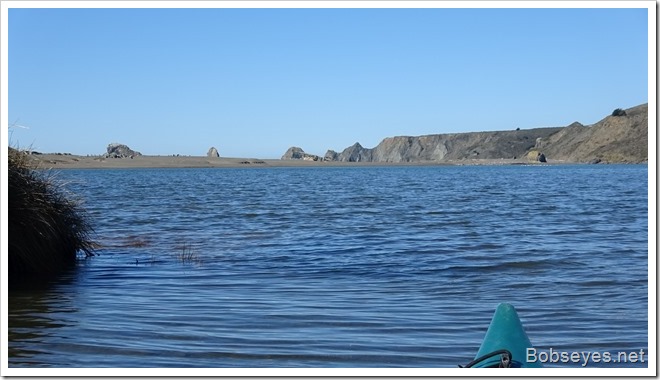 There were lots of birds and harbor seals resting on the sand by the open mouth. 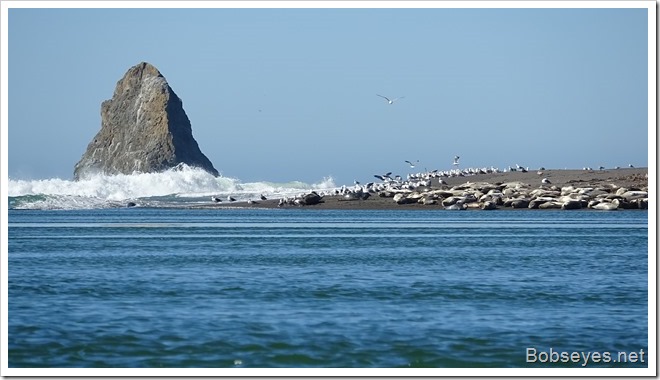 These two seals were curious and were watching me. 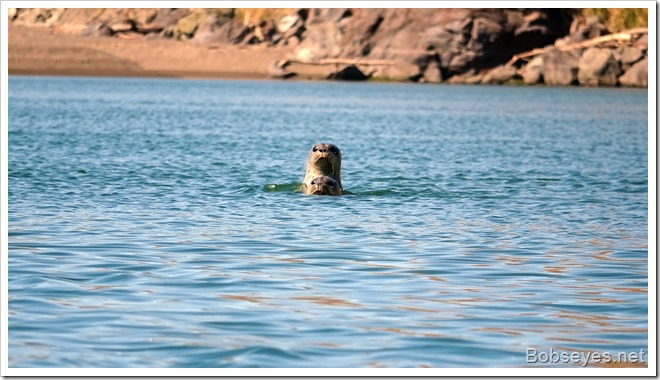 Sea lions mean big fish are in the water

There were some sea lions swimming around in the area indicating that the spawning steelhead were in the water.

I heard this sea lion barking and watched it come out of the water by the harbor seals. 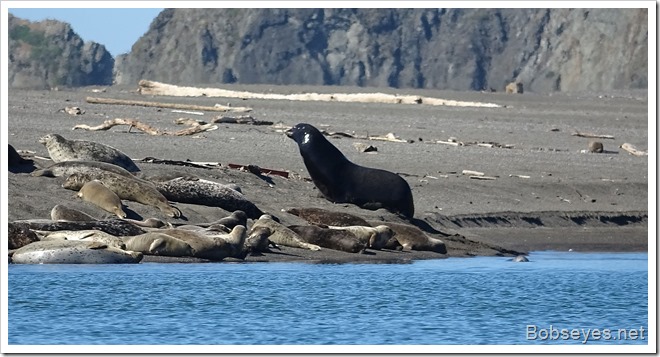 I sat in  my boat in the open mouth and watched the goings on for a bit. 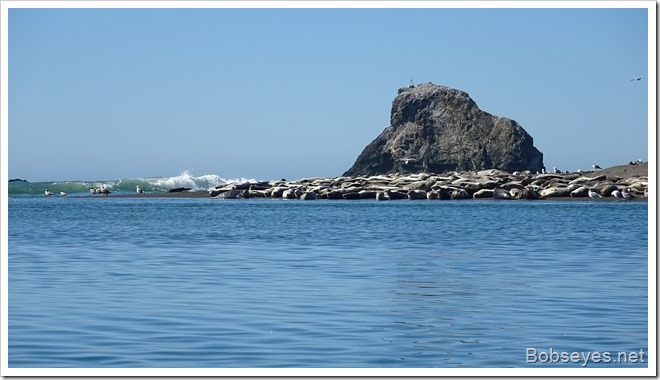 Resting in the slot

Eventually I turned and started paddling up the river going by way of the back channel of the island. I stopped here in this little slot for a rest before continuing on up the back channel. 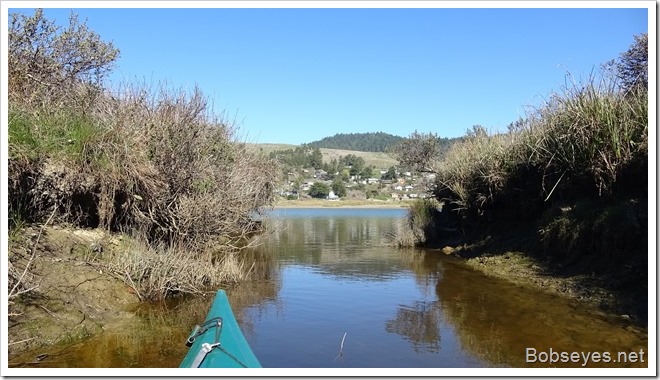 At the top end of the island I spotted this large flock of coots resting by this submerged redwood log. 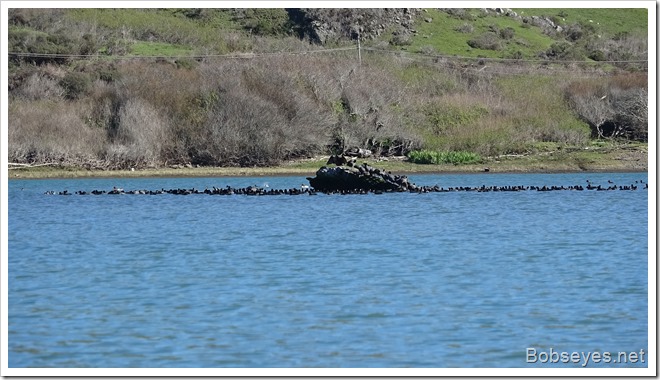 I continued up the river along the south shoreline. 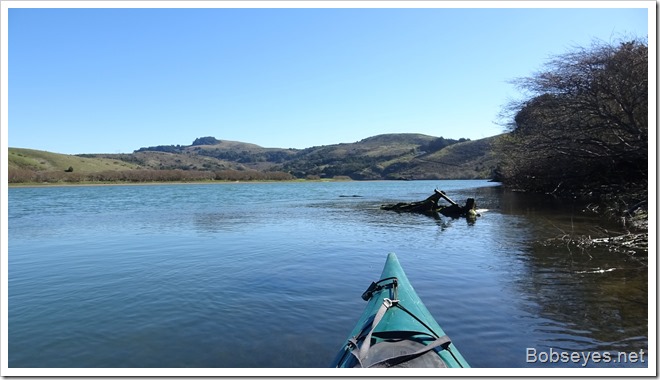 I didn’t go far before turning back down the river headed back to Jenner. 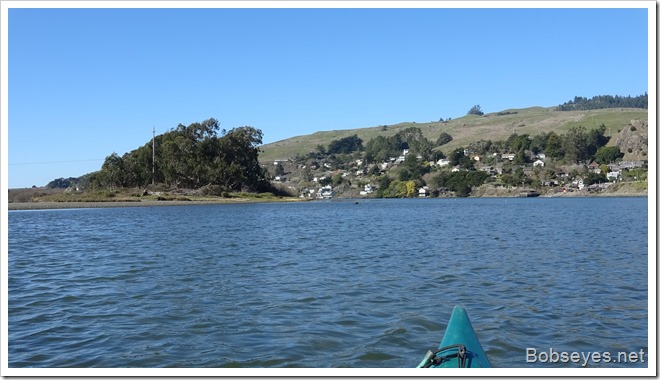 This egret was hopping around fishing away as I paddled by quite vigorously. 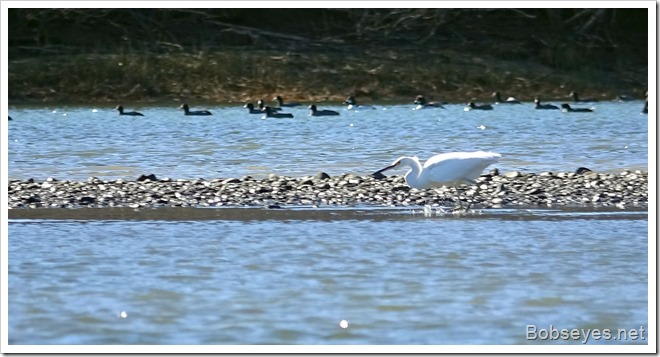 I headed over to the boat ramp and went on home for the day.

I wasn’t’ in the mood to do much so I just puttered around the yard.

My brother Tom brought one of his golf carts by. He’s having some battery problems. I got out my volt meter and measured the batteries. Two of them had dead cells so he will have to replace his golf cart batteries, about a thousand dollars.

I noticed he had some nice oranges from another brother Mike. Tom sells them at the farmers markets. I asked if he had some rejects and he did so I grabbed a half dozen or so of them. Nothing quite like ripe oranges fresh off the trees. Yummy.