Jenner Paddle and a hike

I headed down to Jenner to kayak for the day. Wild flowers are blooming and it looks like it might be a foggy day kayaking as I approached Jenner today. 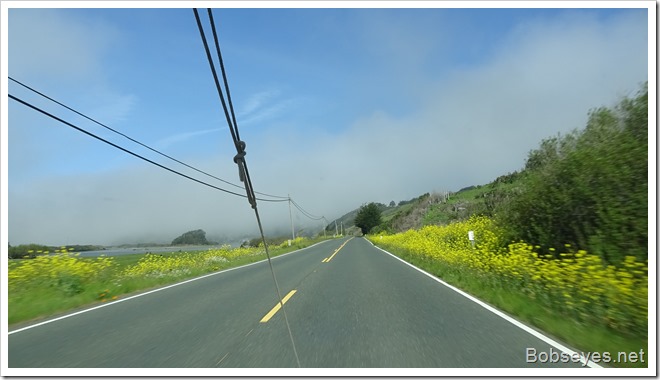 I saw Ray’s truck in the parking lot so I knew he was down here somewhere in his boat, but with the fog I might not be able to locate him.

Paddling in the fog

I headed on down towards the open mouth area in the fog. 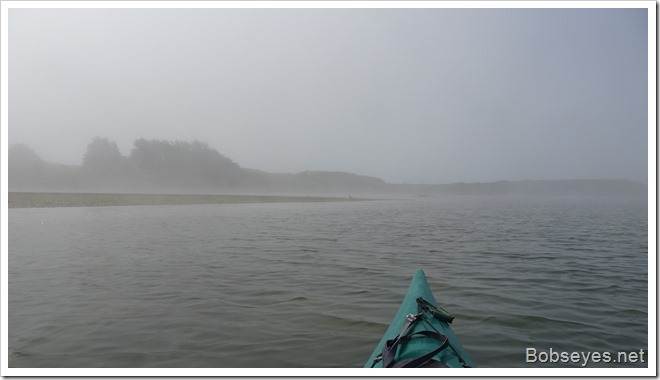 These terns and mallards were sitting on the lower end of Penny Island as I paddled by. 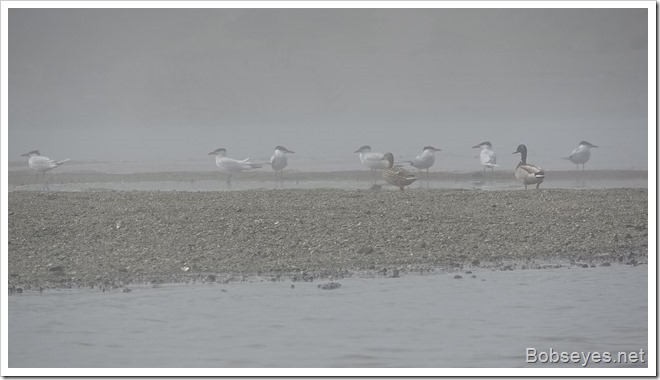 I paddle by some of the harbor seals resting on the beach down here, but I didn’t see Ray anywhere. 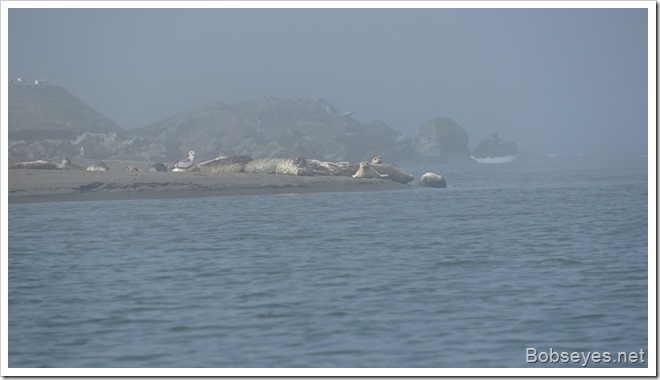 I headed back up the river going by the island back channel where I went by this merganser duck on a submerged redwood log. 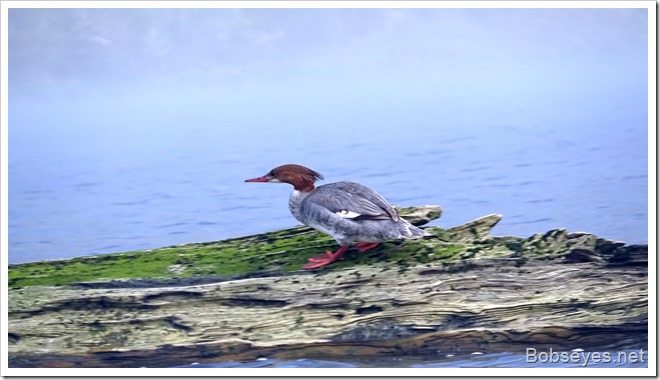 This is going up the island’s back channel as the fog was lifting. 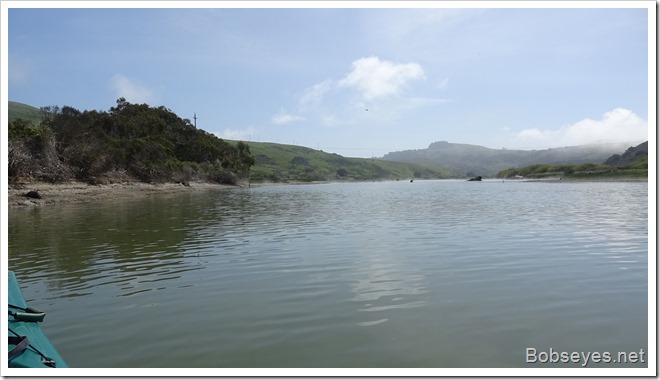 This were a number of these great white egrets fishing along the shoreline today. 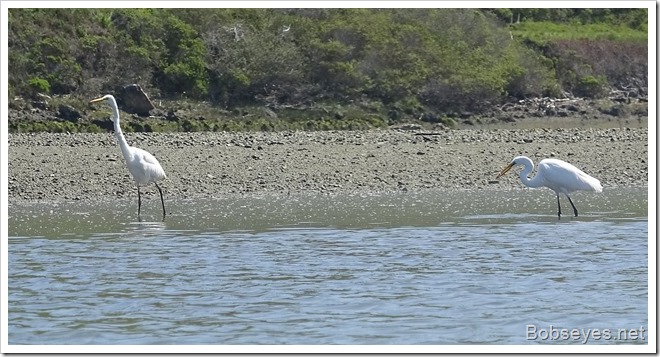 I ran into Ray in his boat just below Eagle’s Landing. We decided to take a hike up to the Old Indian Lady’s Face rock, so we paddled the half mile up the river and pulled out here for our hike up the hill to the rock. 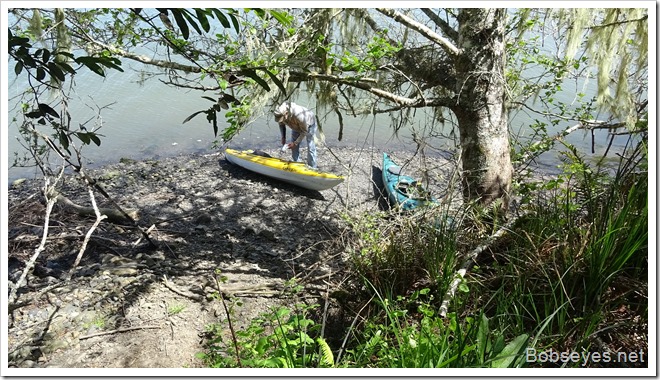 There’s the rock we are going to hike up to, maybe about a half mile or so. 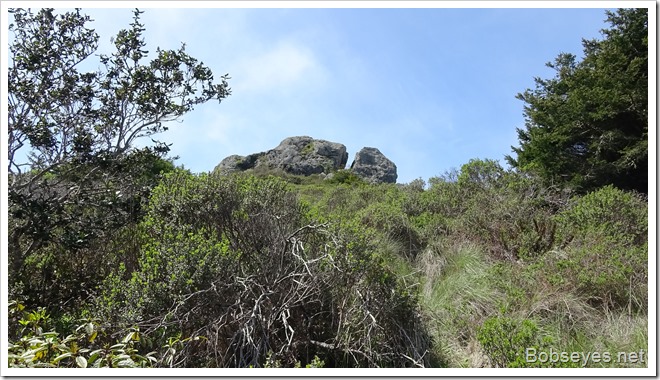 It’ a fairly easy hike up through several different micro climates. Here’s Ray as we approach the big rock. 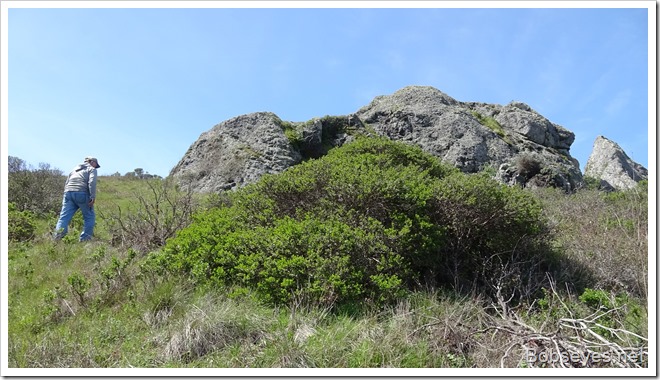 The view down river from the big rock. 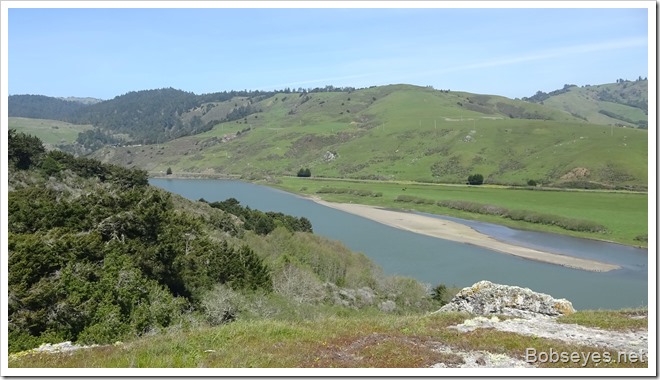 And the view up river from the rock. 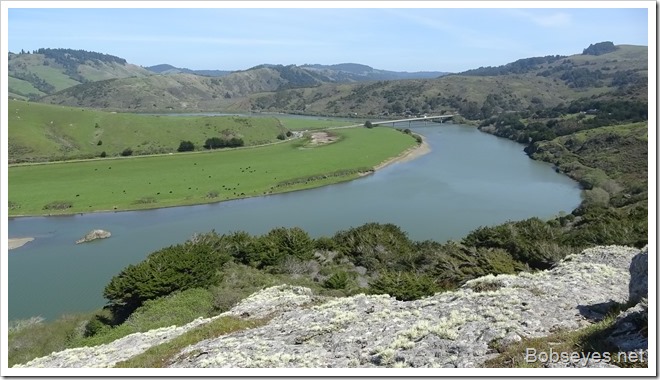 We hung out on the big rock for awhile shooting the bull. It was a nice day for just sitting around.

Eventually we headed back down to the river going by these ferns and trees. 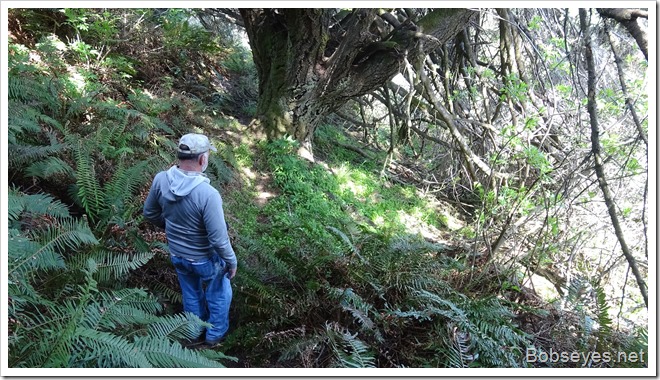 Once back in our boats we headed down the river. Ray says there’s an eagle flying there and it’s going to land at Eagle’s Landing which it did. 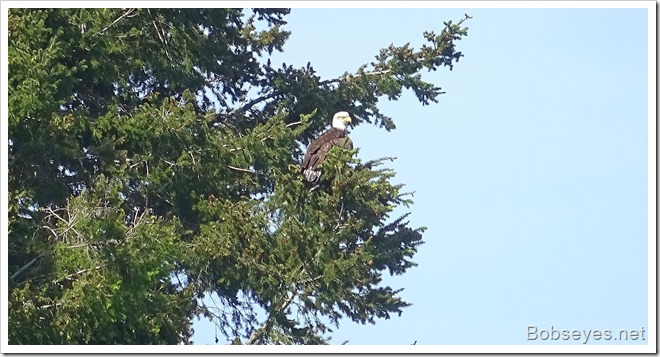 It flew off as we approached.

We paddled on and just in front of the upper end of Penny Island I spied these two big birds sitting together which they rarely do. A great white egret and and a great blue heron. 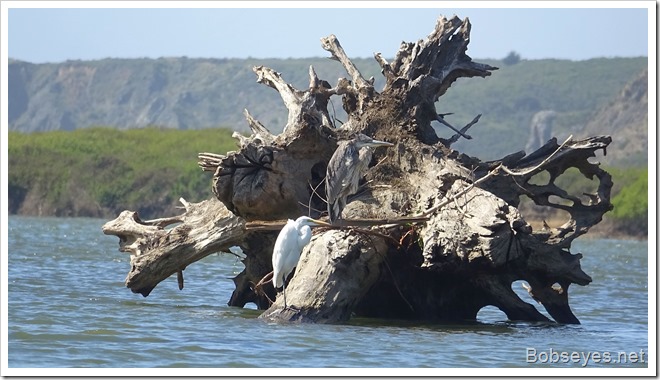 From there we headed back to the boat ramp and went on home.

For some reason I was tired out today so I didn’t do anything at home and went to bed early.