Paddling Around Jenner and I Do the Wood Stove Chore

Suns out for a paddle

It was quite a bit warmer today than it was yesterday, so I headed on down to Jenner hoping the wind would be down and it was.

I put the boat in the water and paddled across to Penny Island. 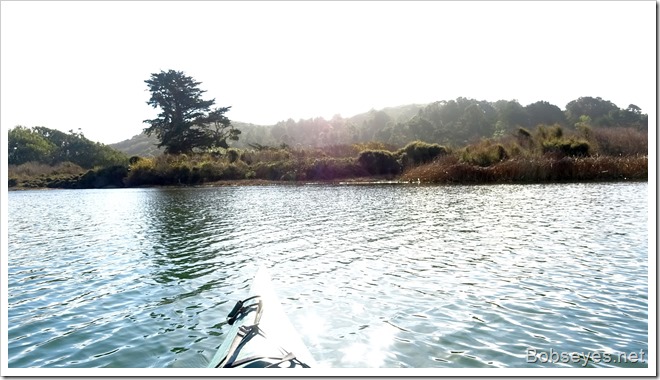 I headed on up the river towards Muskrat.

On the way I passed by this great egret fishing along the shoreline. 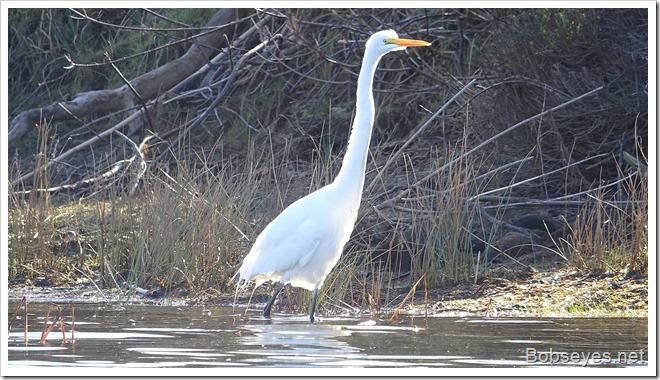 I paddled along here and stopped by that egret up ahead which is where I call Muskrat. 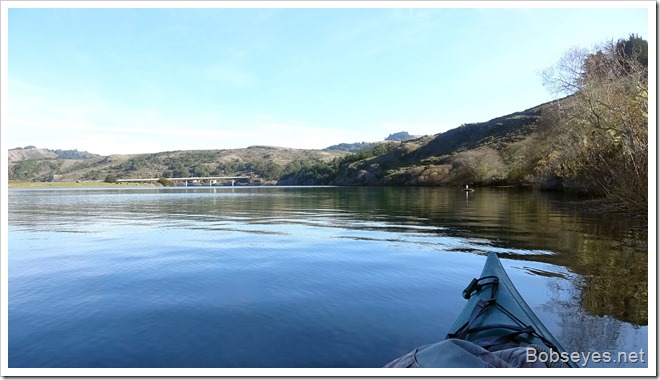 This is a snowy egret, see the yellow legs. 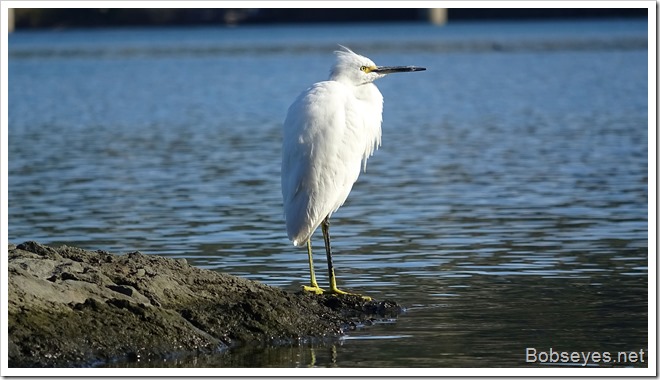 It flew over to the shoreline by me and commenced fishing. It wiggles it’s legs as it walks to attract fish. 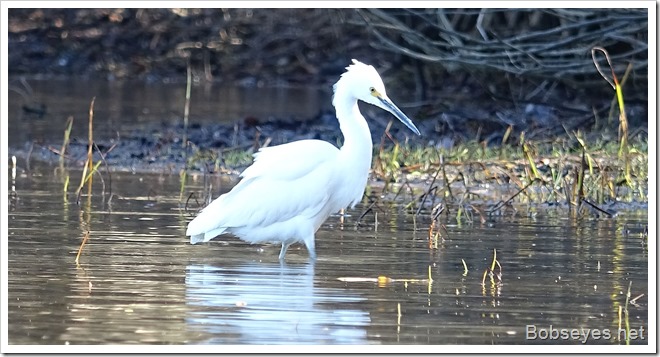 I watched it for a bit then headed across the river towards Paddy’s rock where these buffle headed ducks went on by. 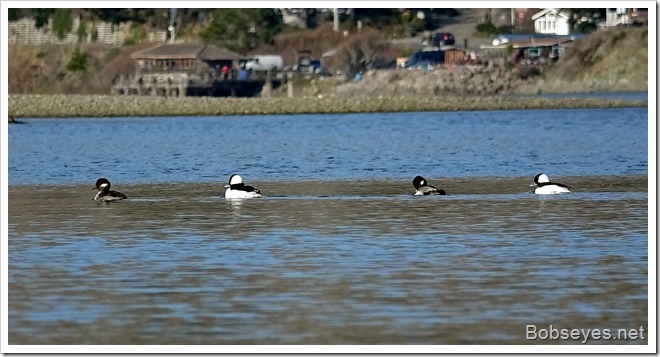 Geese feeding along the shoreline

Just past the ducks and past Paddy’s rock I passed by these geese feeding on the grasses there. 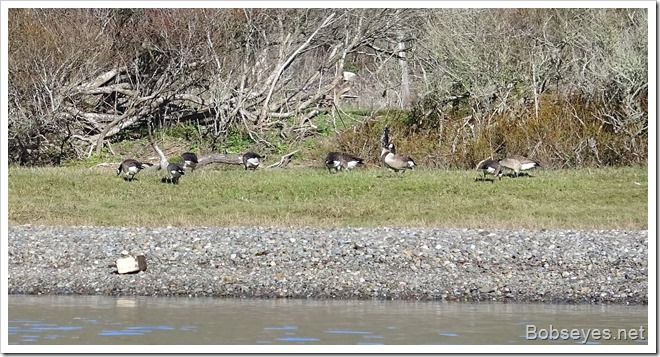 I was headed back over to Penny Island by the pole. I had to go by all those ducks down there and a bunch of them flew off. 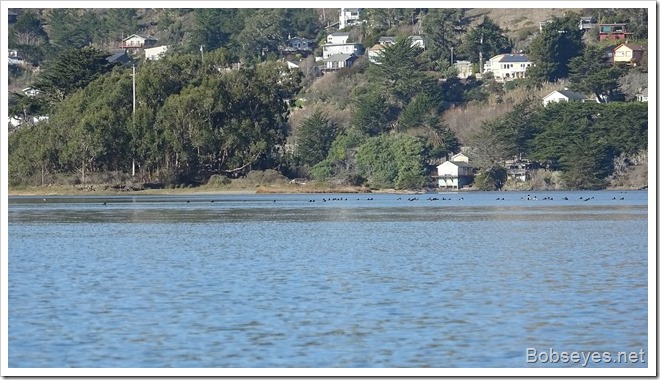 I’m pulled onto the upper end of Penny Island here were I stopped for a bit. 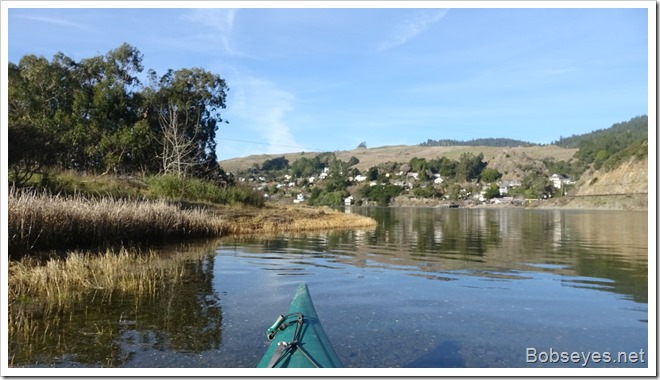 I heard this loud screeching up in the tree just ahead of me. A Red tailed hawk I think. It flew off. 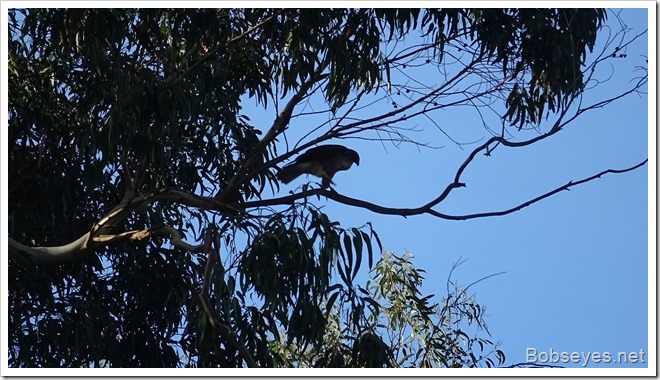 Since the water was so nice with very little wind, I decided to head on down towards the river’s mouth along the north side of the island and stopped in this spot for a bit. 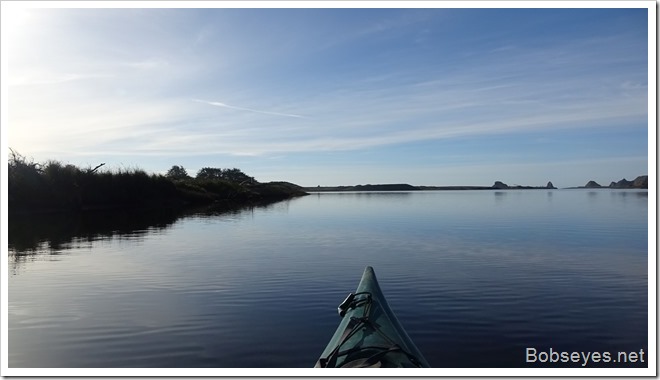 I paddled off the lower end of the island and could see a lot of birds flying around down by the river’s mouth where I’m headed. 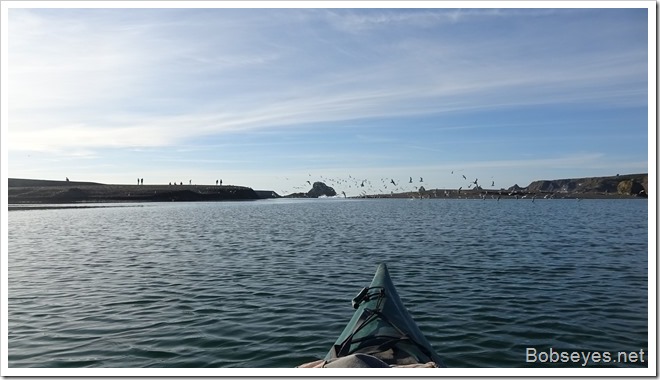 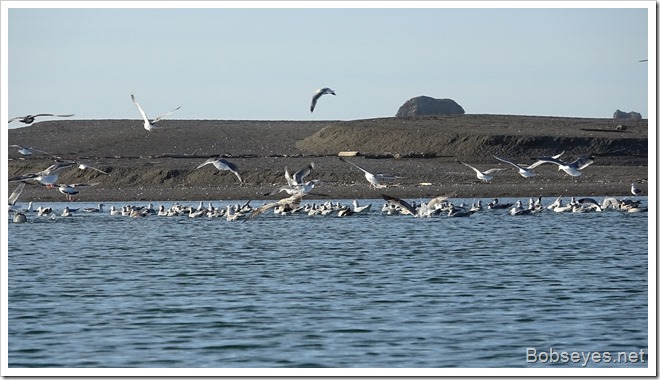 I sat here in front of the open mouth and watched. I watched a sea lion come in fishing away, which usually means there are some big spawning type fish coming into the river. It was low tide. The ocean had some big waves coming in occasionally as I watched. 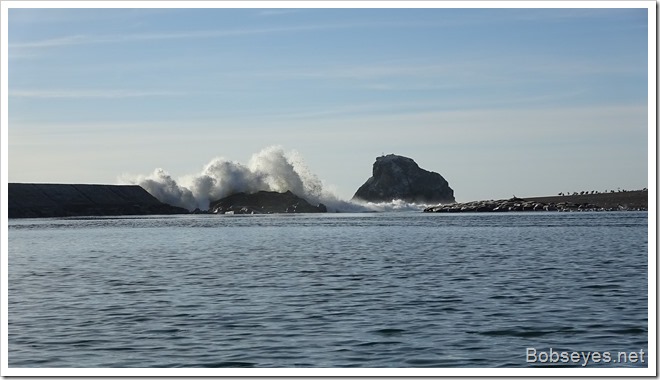 I hung around the mouth area for a spell. It was getting late in the day and the sun was low in the sky as I headed on back.

I passed by this surf scooter duck on the way in. This is the first one I’ve seen down here this year. I noticed them for the first time in this area last year. They will hang around here for most of the winter. 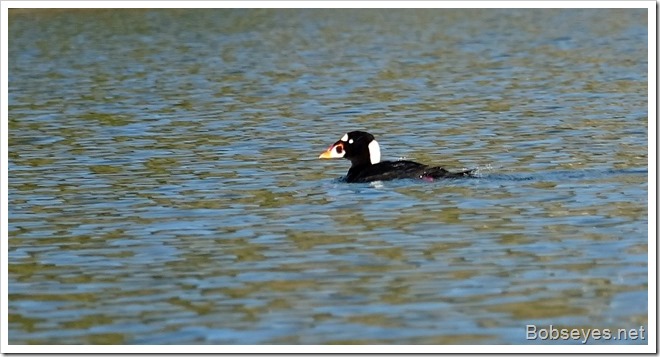 John picks up what he can

I made it to the boat ramp and pulled on out for the day. I talked with John the trash picker upper who lives down here. He said he was having trouble picking up stuff today as he was feeling faint a lot. John has heart problems and cancer problems, but he keeps picking up as much trash around the area as he can, when he can.

Chore to do today

I drove on home and had a chore to do today that needed done. That chore was to remove the ashes from my woodstove as they were falling out the door when I opened it.

I got the wheelbarrow and a flat shovel. I opened some windows and turned on my whole house fan to help remove some of the ash dust I was going to make as it’s impossible to shovel it out of the stove without making dust. I try to keep it down, but loose ash falls off the shovel and I get dust. The whole house fan helps a lot sucking a lot of it out of the house.

Making use of the ash

I wheeled the  ash out to  my garden and spread some out on my mulch to let the next rains wash through it for nutrients for the garden.

Now all I needed was some firewood in for the night which I attended to.

Of course I had to start the fire in the stove again which I did and once I shut the windows the house started to warm up.

And that was my day for a good one.