Paddling Around and a Walk On Penny Island

I checked the wind conditions down at Jenner this  morning on my computer and the weather guys said it was going to be around five miles an hour which wasn’t much so I drove on down to Jenner and put my boat in the water. It was a bit foggy, a light high fog.

I crossed over the river to Penny Island and stopped here to figure out which way to go today. 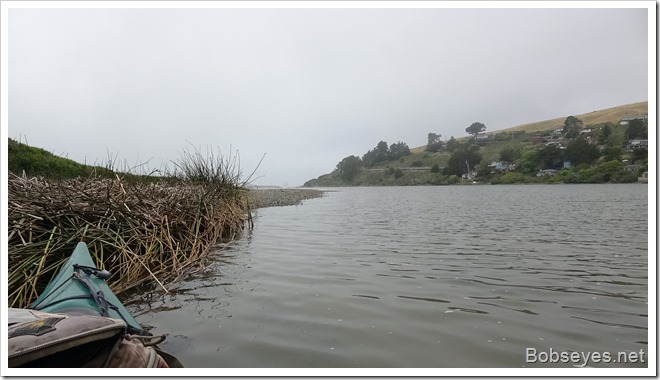 I thought I might paddle down to the river’s mouth which I could see up ahead. 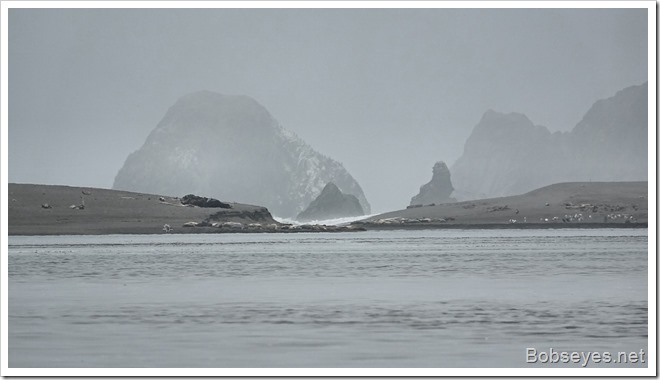 But  then thought better of that idea and decided to paddle around Penny Island instead so I continued down along the island’s edge taking my time. 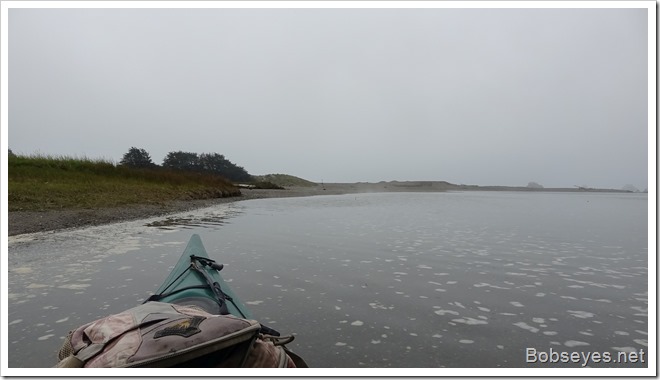 The island is maybe a mile or so long so it wasn’t long before I rounded the bottom end and started up the back channel looking like this. The island is to the left. 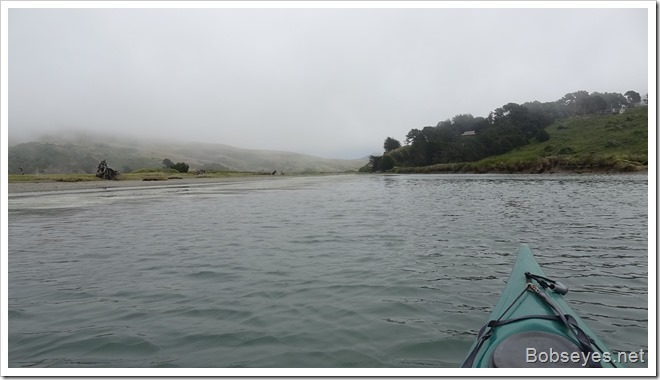 There’s a place in the back channel I call the Slot where I like to stop and sit for a spell so I did looking back to the island I’m paddling around. 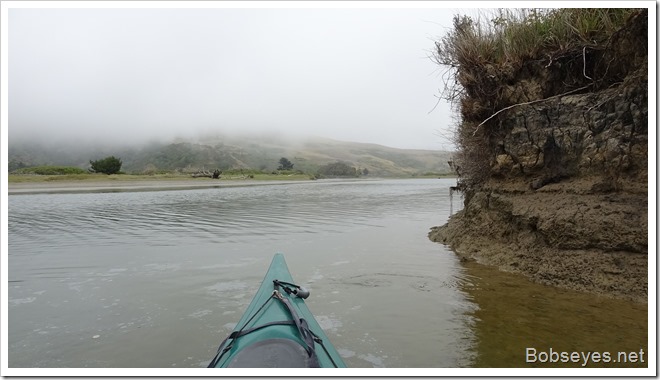 Eventually I pushed off back into the back channel and continued going around the island which is to the left. 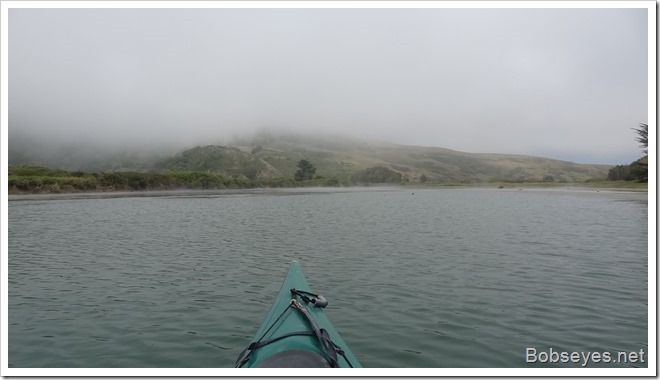 This area was fairly calm and some fog was rising from the water with the island on the left. I stopped in this spot to sit for a spell before continuing on. 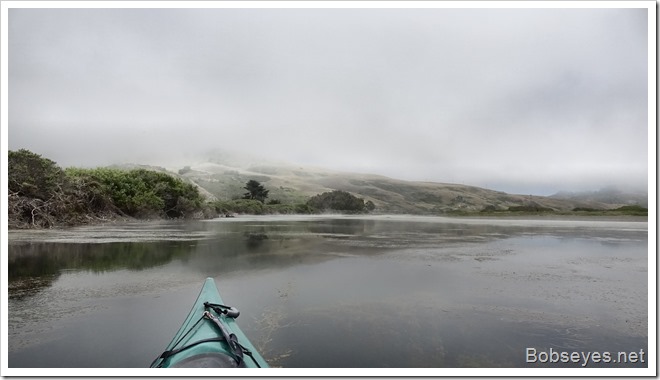 I was nearing the upper end of Penny Island where  there’s a place to go ashore so I did in this spot. That big log looked like a good place to lay down by for a spell which I also did after taking a short hike around the island looking for berries. The tide was going out so I knew my boat was safe. 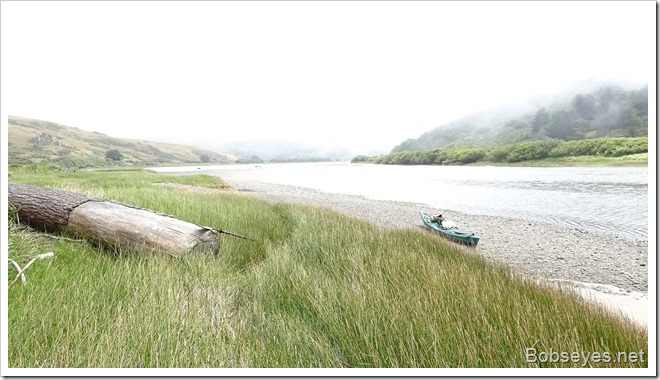 There’s lots of berry bushes on the island and it’s hard to get around. One has to know where the trails are to get around and even those get real overgrown rather fast. 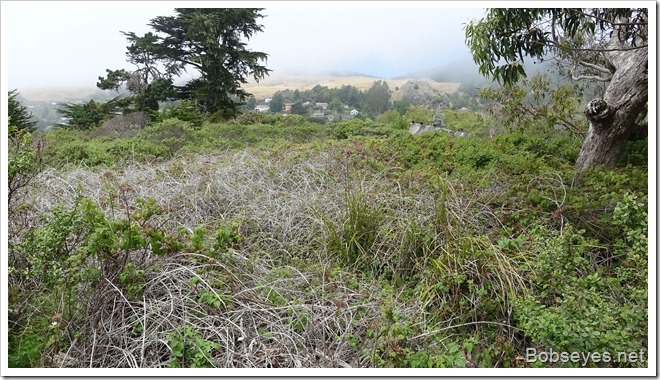 I went by this plum tree I planted a number of years ago to see how it was doing. It looks like it’s doing real good. 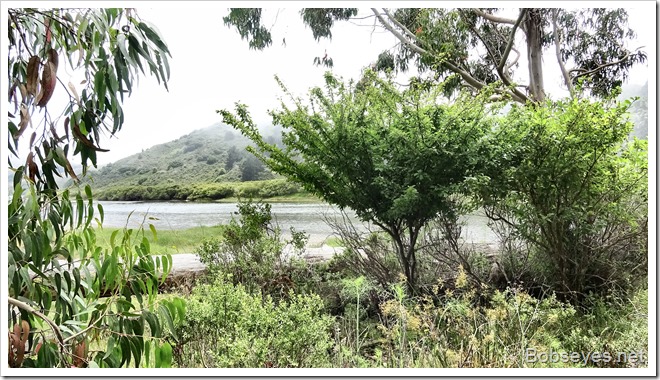 It only  had one plum on it for me. I take that as a thank you for planting me there and I made that plum disappear as it was ripe. 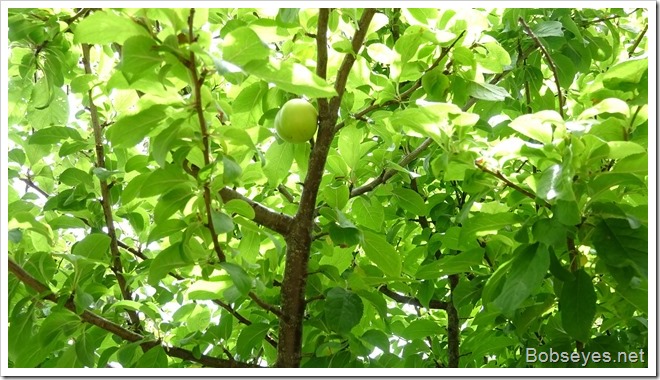 I headed over to the processing shed behind that big tree. 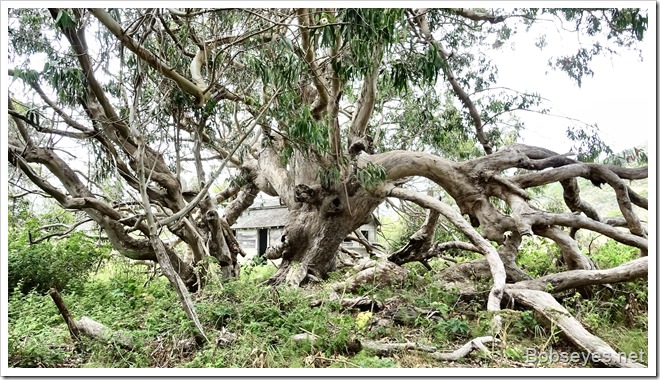 Going by the shed. They milked cows and goats in there and processed other items for sale locally. The local Indians lived on this island before say, the 1960’s. 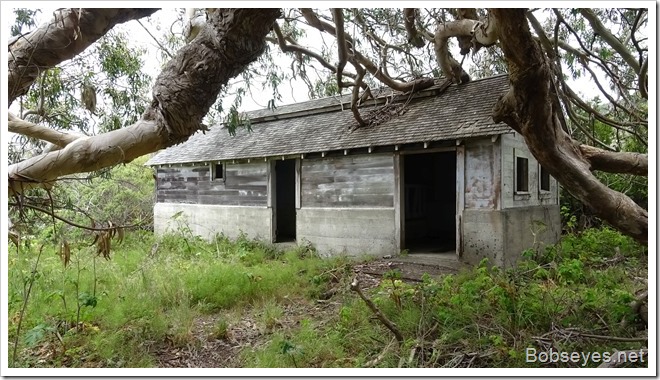 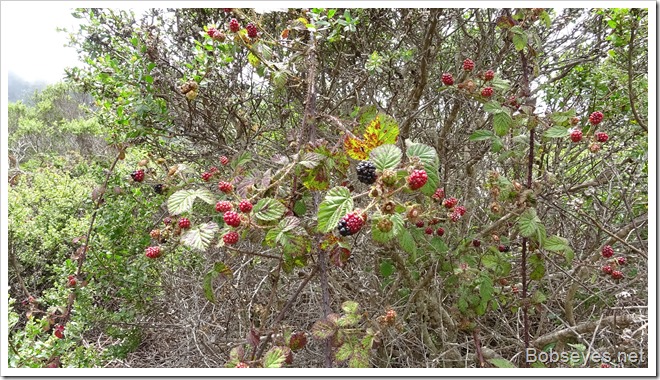 I didn’t go very far before returning to where my boat was and settling down by the big log there to rest up and enjoy the day for a bit. 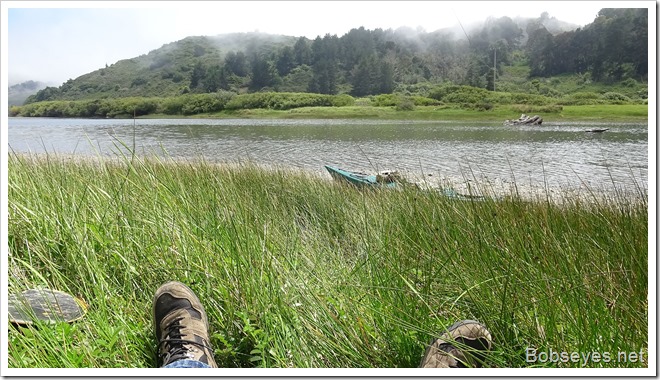 After resting up I put the boat back in the water and headed for the upper end of the island which is a left turn from here. 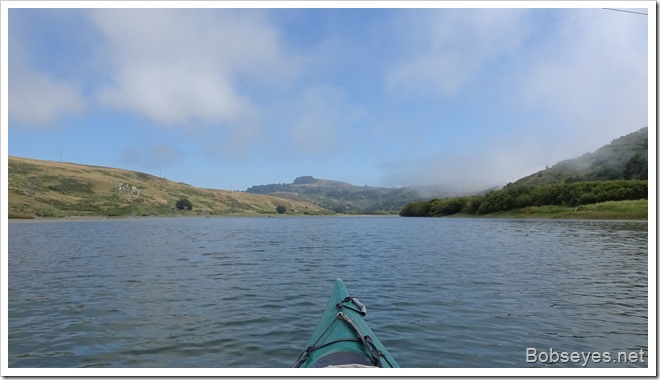 Once I made that turn the island was just up ahead which I continued around but then veered off to the boat ramp at Jenner on the right. 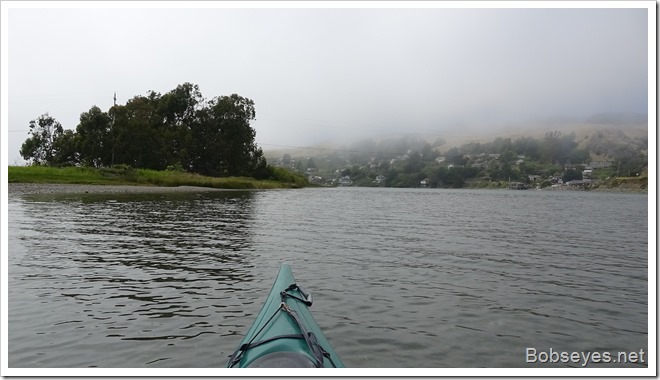 I put the boat on the car and headed for home.

However I had a stop on the way to do some visiting with Charlie and his son in Monte Rio. Charlie gave me a nice office chair he had extra and we put it in my car.

I said my good byes and drove on home and that was pretty much it for me today.

1 Response to Paddling Around and a Walk On Penny Island