Paddled Up River From Jenner, Dug and Mulched Dirt and Drying Fruit

A paddle at Jenner this morning

The fog was waffling around the river as I put my boat in at Jenner this morning, but at least the wind was down.

I crossed over the river and headed up as there was less fog that way than down by the river’s mouth area. 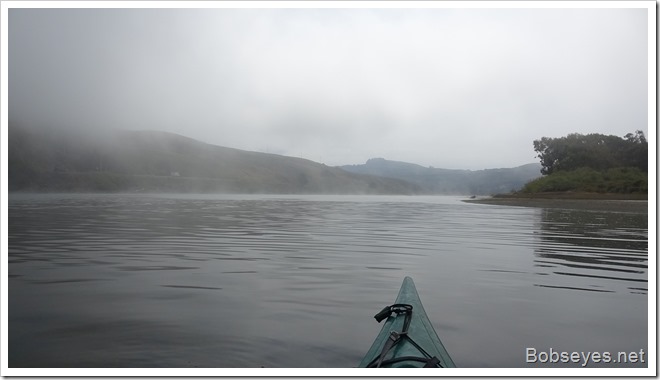 I spotted this hawk resting on this old redwood stump. 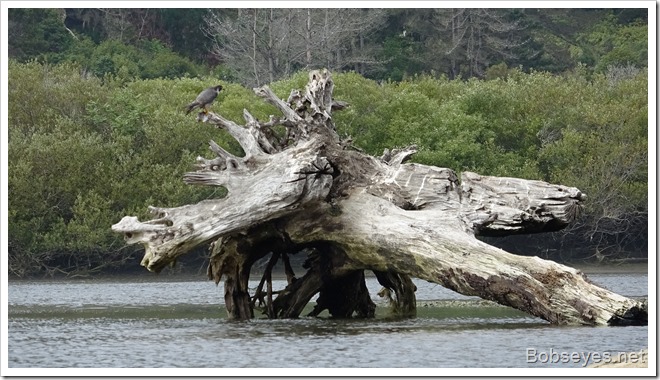 It watched as I paddled on by then took off. 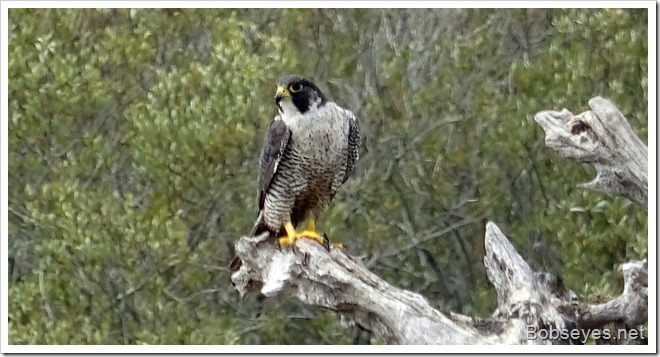 A bit further up the river I pulled in behind these merganser ducks and followed them for a bit. 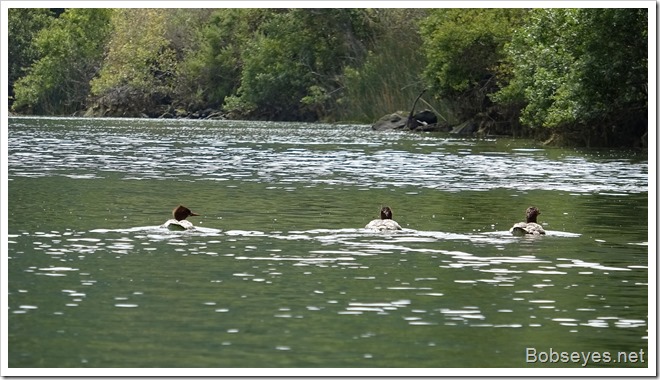 They were diving and fishing and catching some kind of fish, but I couldn’t tell what. 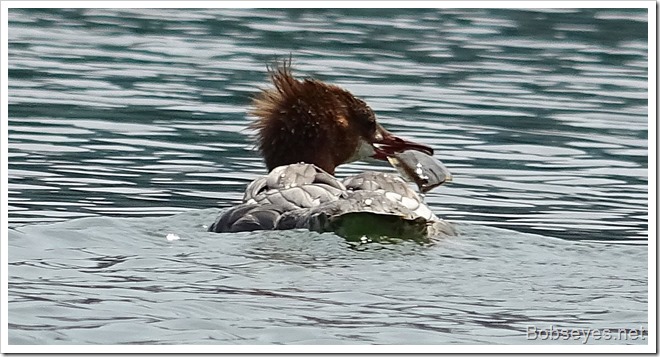 I paddled up along here headed for muskrat just up ahead. 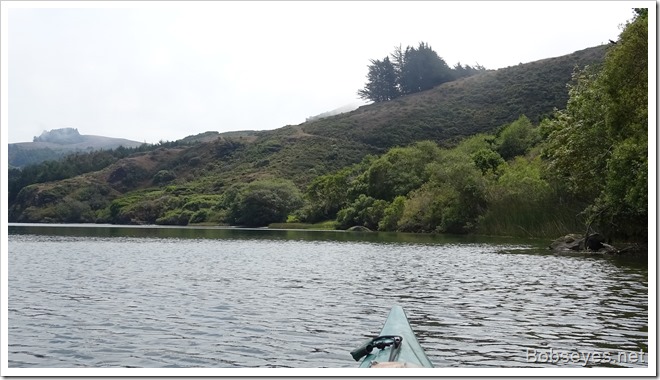 This little grebe was diving but veered off and let me pass. 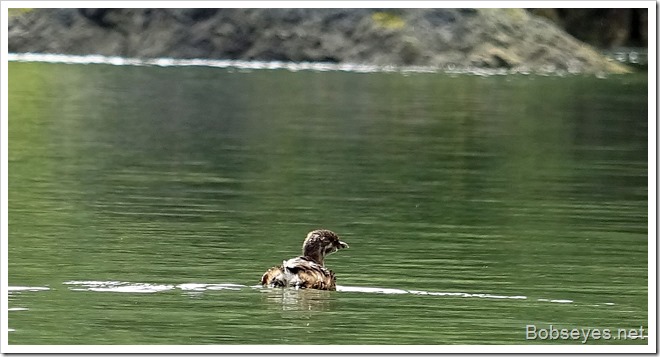 I pulled in here at muskrat and sat for a spell taking it easy and watching things. 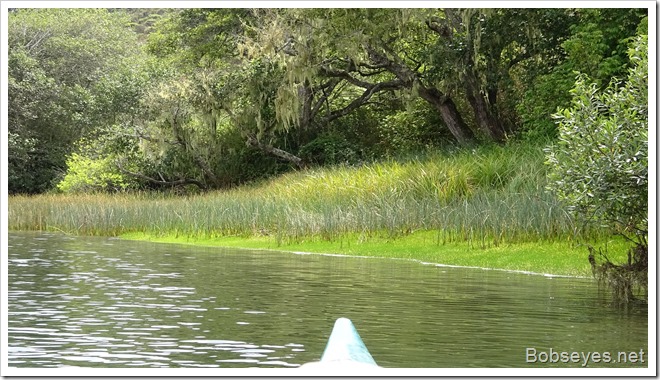 Here was my view down river from the spot I sat at Muskrat. 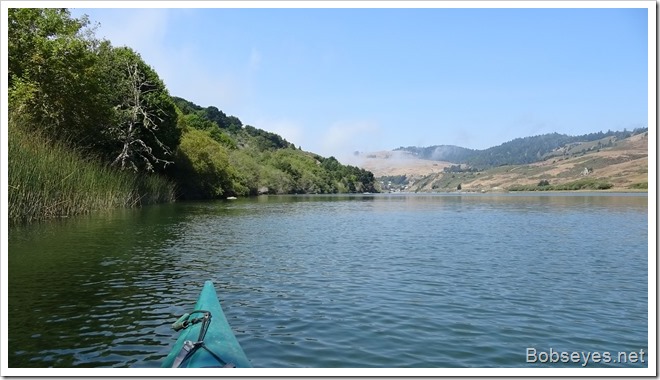 Eventually I worked my way down stream and saw this turkey vulture land in a big tree. 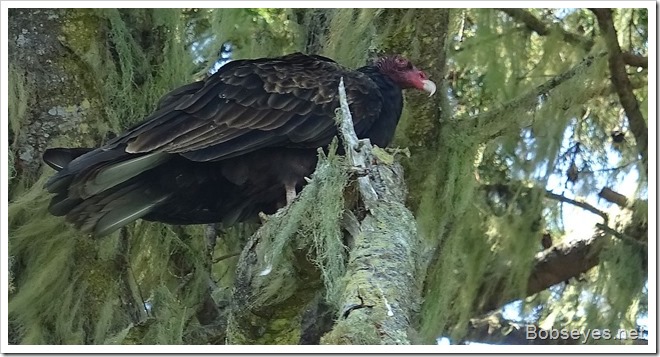 I was sitting in some debrie when this little bird landed and sat with me for a bit. It looks like there is some kind of bug on it’s lower breast. This bird was three or four inches high and was still sitting there when I paddled away. 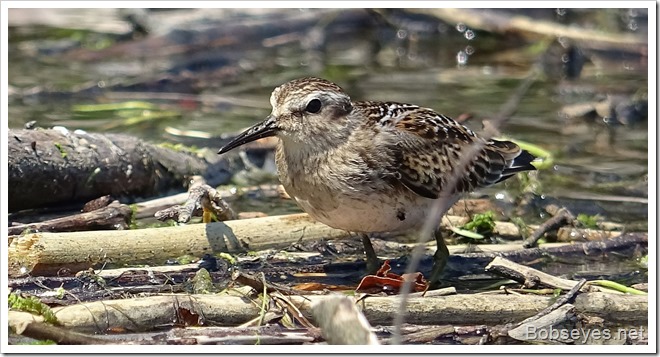 As I crossed over to the boat ramp I looked down river towards the river’s open mouth and could see some brown pelicans diving and fishing. 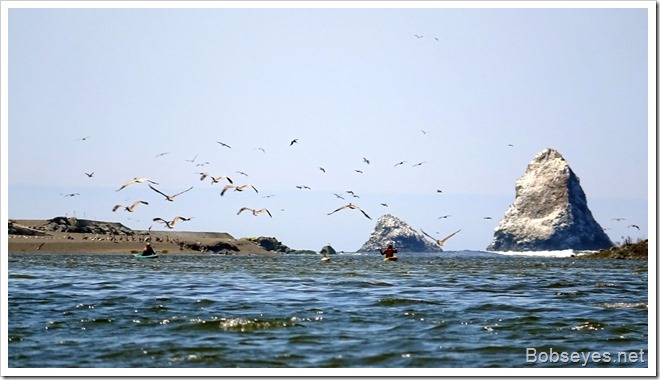 I pulled into the boat ramp and put my boat on the car and went on home.

After a nap I went outside to do some digging, digging up the dirt in this pen and another one that I’m mixing some wood chips into. The dirt below the woodchip pile is rather hard so I’m mixing stuff into it to soften it up a bit. Makes it easier to pull weeds. 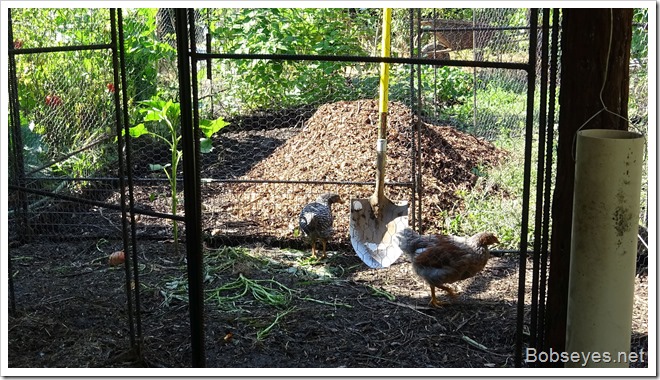 After I dug it up and mixed some woodchips in, I let the chickens in to feed and mix thing up some more and do a bit of poopping to help things out. 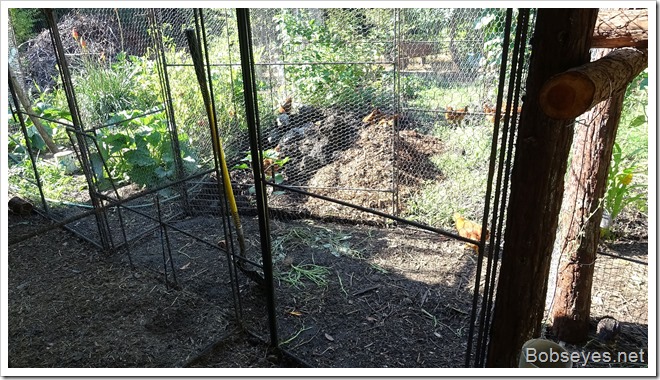 I’ll move more mulch into the garden and keep working on making the soil better.

I checked on the plums and prunes I’m drying in the old truck trailer. Some are starting to dry but we could use some nice hot sun to help them along.

I’ve had to cover them up with a tarp to keep the dew off them at night and keep the raccoons out too. 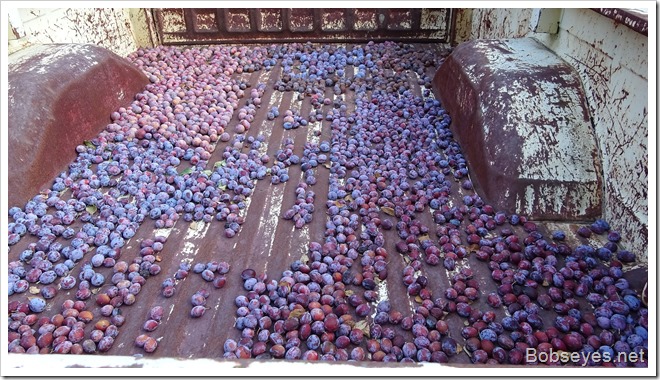 The runt chicken that wasn’t doing well died last night. It could barely stand up yesterday so it wasn’t a surprise. I buried it under a blueberry bush so it wasn’t wasted.