The day of the smiley

The weather guys said the wind would be down at Jenner today around 2 miles an hour, just a breeze.

I arrived and put the boat in the water and crossed over to Penny island here and started my trek down towards the river’s mouth at the ocean. 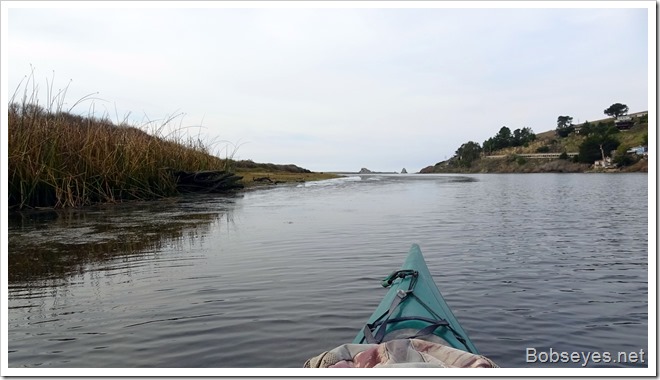 Looking down that way from that spot, the open mouth looked like this. 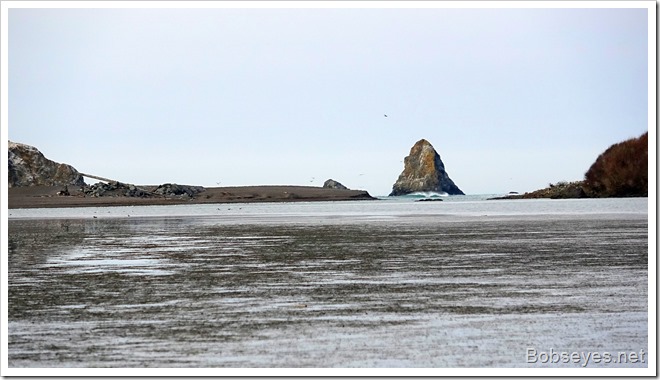 I passed by about a dozen grebe swimming around just taking it easy as none were diving. They tend to like to tuck their head down like this one. They seem to be getting use to me and didn’t seem to mind my presence much. 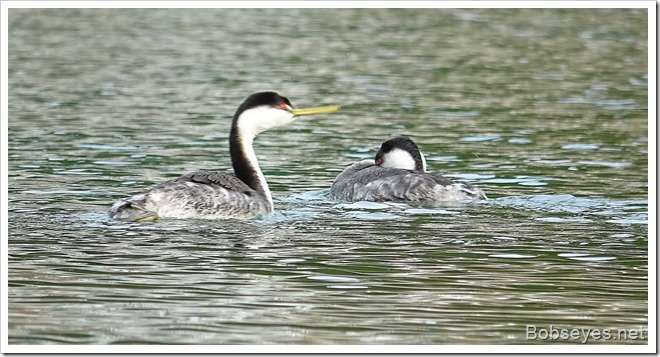 I continued paddling towards the open mouth headed right for it. 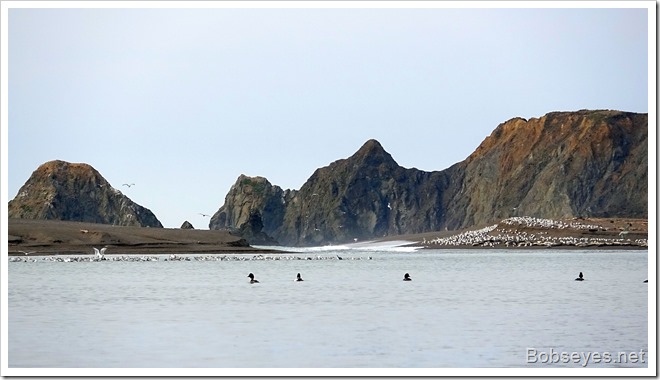 These golden eyed ducks took off in front of me. They tend to be skittish. 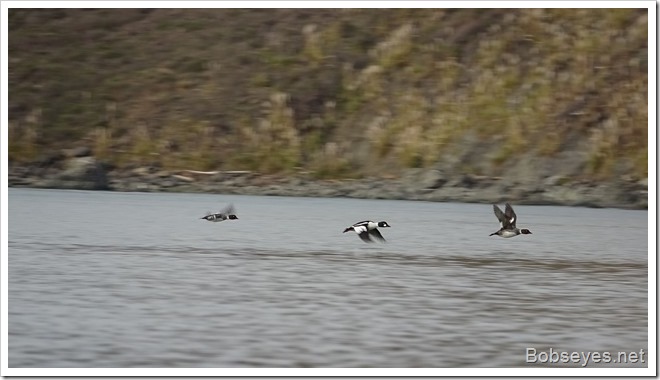 I paddled right over to the open mouth and sat right here as the high tide just started to come in. 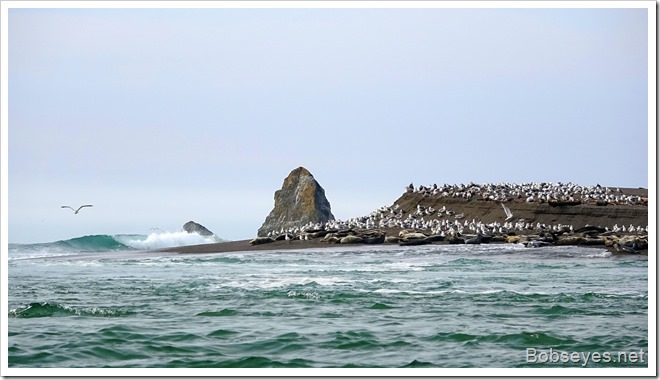 Harbor seals and seagulls resting by the open mouth as the high tide starts to come into the river. 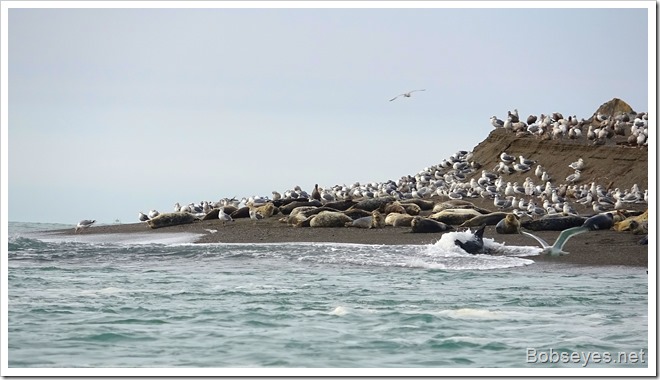 Up at the overlook

There’s almost always some people looking down this way from up on the overlook. 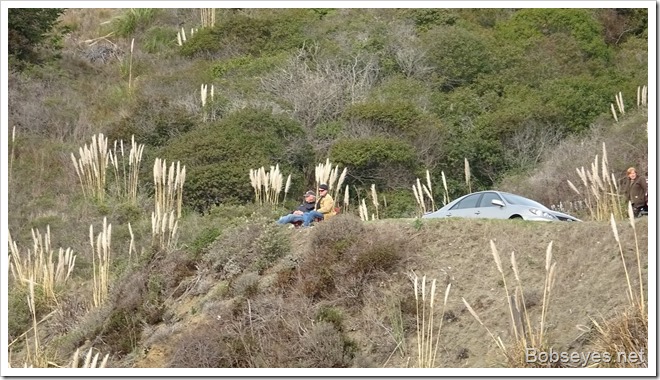 The high tide was really coming in and pushing me back a bit. The foam is from the ocean and indicates where the cold ocean water is diving under the warmer river water. I sat in this water for about a half hour watching things. 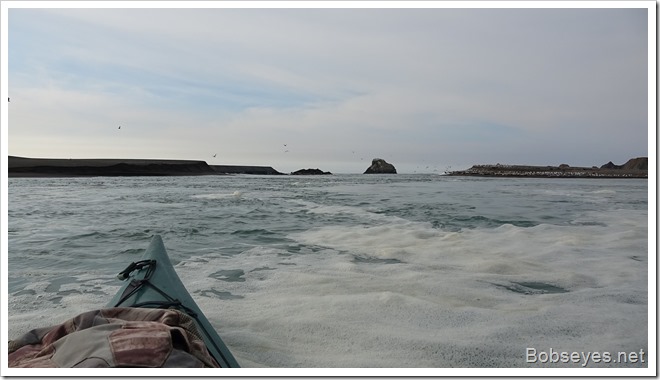 Eventually I let the incoming high tide water carry me back up the river. There were lots of seagulls resting on the water just in front of Penny Island. Here’s a few of them. 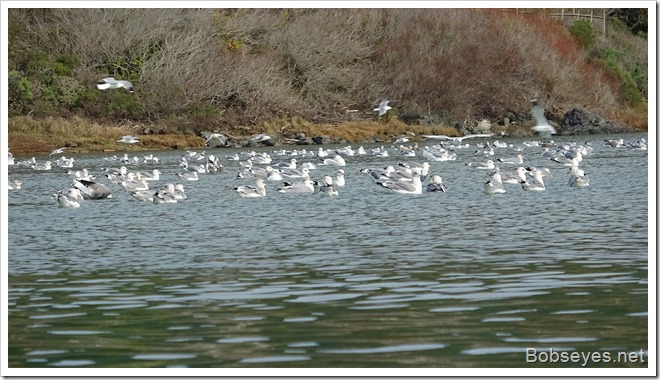 The breeze was mostly dying as I paddled up the island’s back channel. 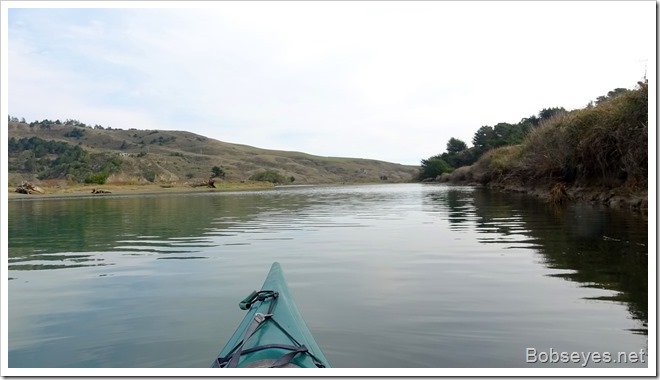 What’s that yellow thing up ahead

I paddled up along the river’s south edge, past Eagle’s Landing to this spot when I spied that yellow looking thing up ahead so I had to paddle over to investigate what it was. 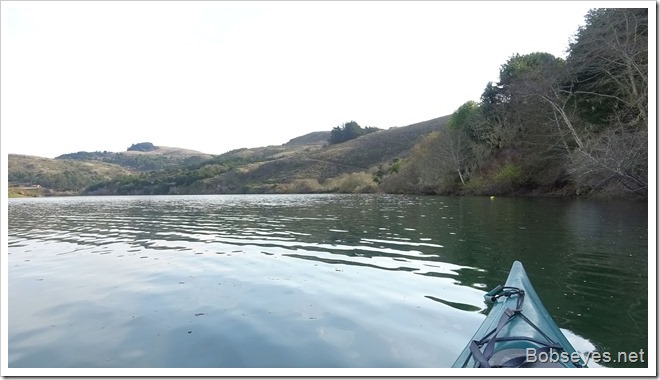 Turned out to be a helium filled smiley. I considered picking it up, but then was thinking I should leave it for one of the trash picker uppers around here as I thought it would give them a smile, so I left it not knowing someone I knew would come by in less than ten minutes and pick it up smiling. :O) 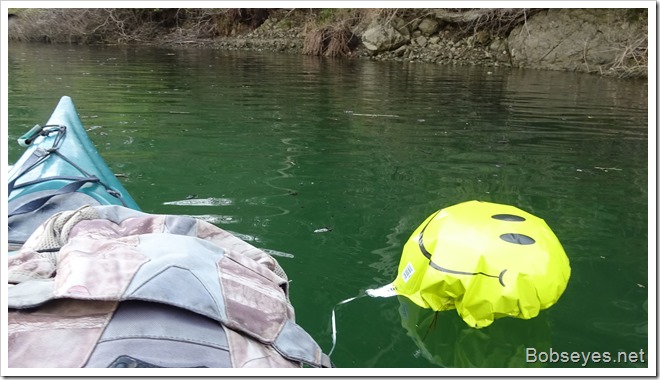 So I left the smiley and paddled over to Paddy’s rock where this egret was resting. 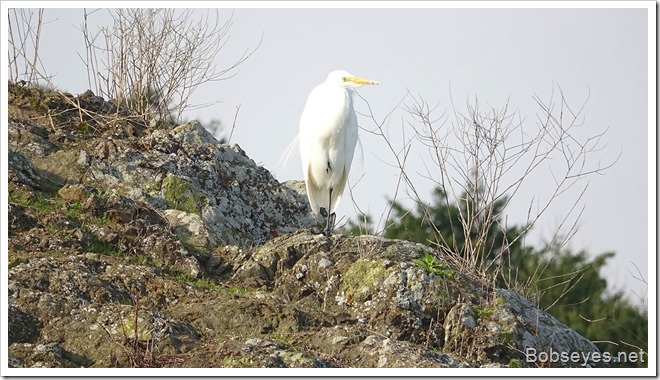 I continued down along the river’s edge headed for the boat ramp.

When I got to the boat ramp there were two kayaks there. It turned out to be one of the trash picker uppers, Mary who lives at Bridge Heaven. That’s at the big bridge you often see in my photos just above Jenner. She was there with Allen and had stopped to put some trash in the trash can there.

She said she just picked up the nicest thing she has ever picked up. She was all smiles as it turned out to be the smiley I had just seen, so it all worked out great. :O)

They paddled off towards the mouth and I hit the boat ramp and went on home for the day.

I was hungry when I got home and the sun had already gone over the western hills so it was cool outside. So I heated up a pot of my vegetable soup and then had a bit of a nap and that was my day for a good one.