Paddled Around Jenner and Did Some More Spring Yard Work

It was sunny and the wind was down as I drove into Jenner this morning. I put the boat in the water and decided to head on down to the mouth area to have a look paddling along here. 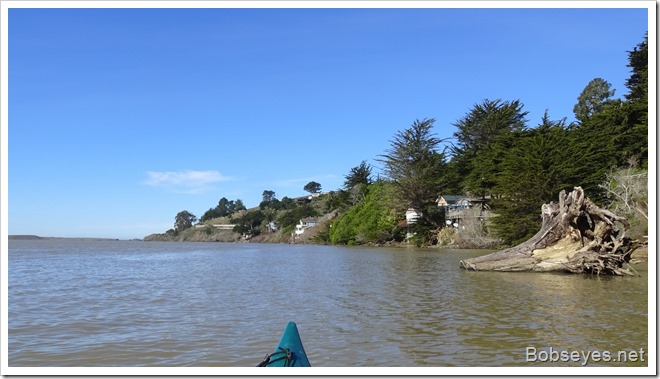 I saw John by his house so stopped to chat for awhile. He’s been having some pretty bad heart problems so I sat patiently while he related all his recent instances with his doctors and his emergency visits. A bit more than I wanted to hear, but I let him get it all out. 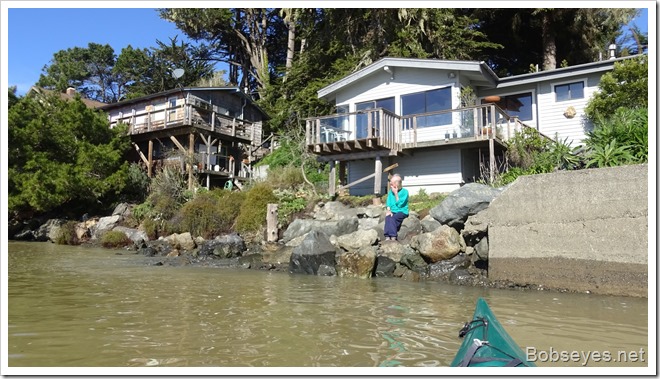 This is his view from his house of the jetty area. 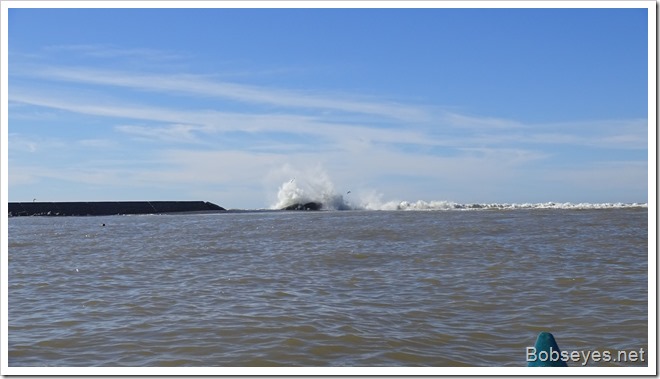 It was high tide and the ocean was pretty rough today. I watched as the ocean repeatedly broke over the rocks at the jetty. 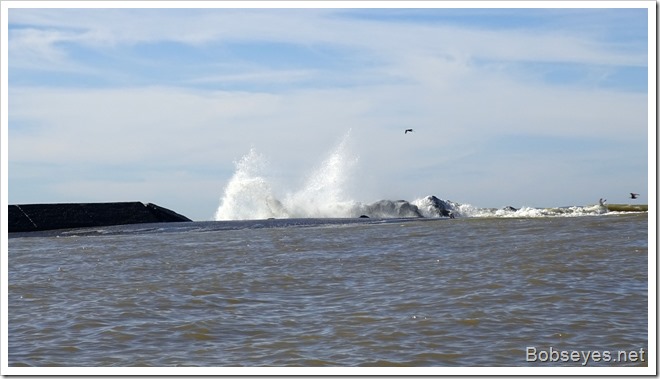 There were a bunch of seagulls sitting on top of the jetty which is unusual as they are usually on the sand, but most of the sand has been washed out for now. 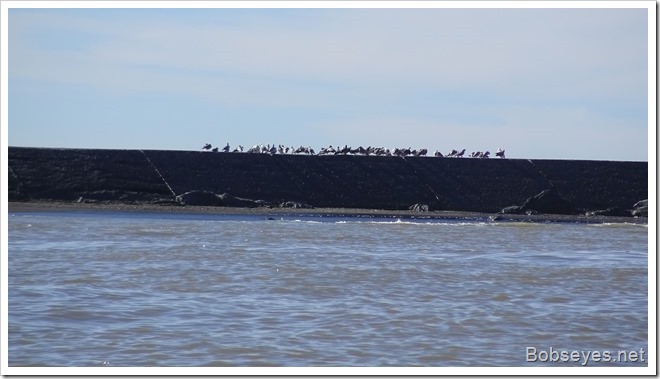 With the rough ocean and the high tide, waves were washing into the river making the water go up and down so I didn’t hang around too long as I get motion sickness easily. I paddled past this bunch of harbor seals taking it easy in the shallows. 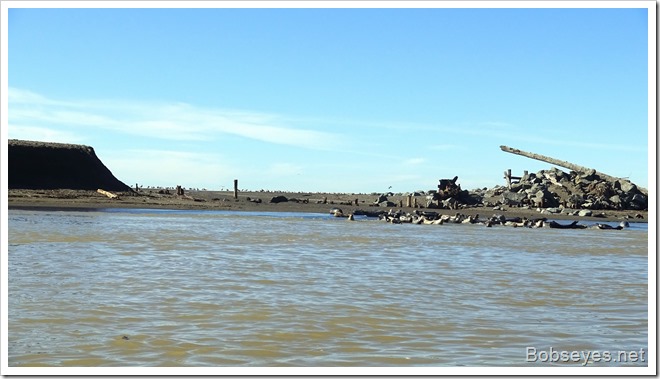 And paddled under this big hawk sitting in a big tree. 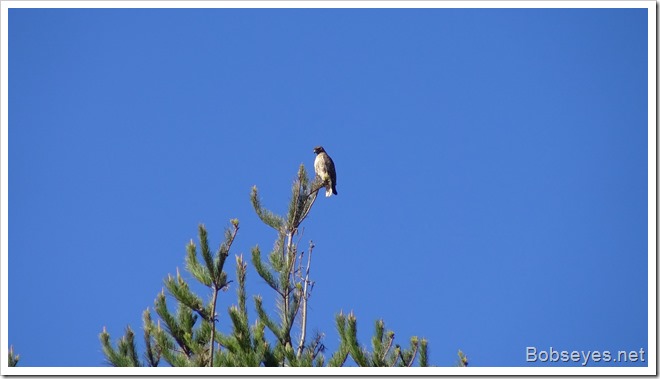 I crossed over the river to Penny Island and paddled up along it’s side. 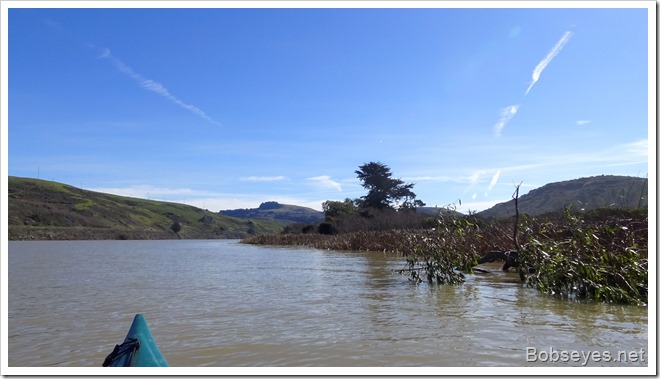 And eventually made it up to the Eagle’s Landing area here. I sat in my boat by that rock in the water up ahead. 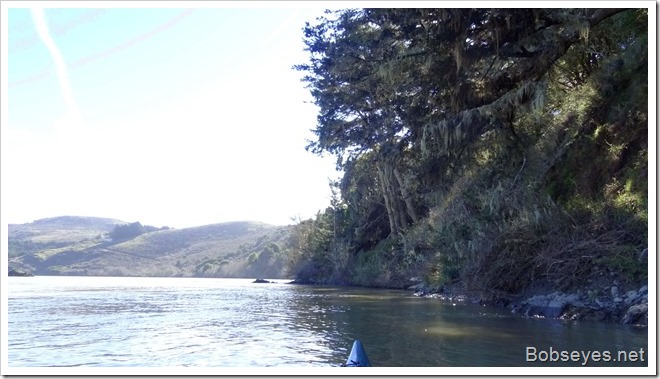 In this spot. That was as far up the river I went today. 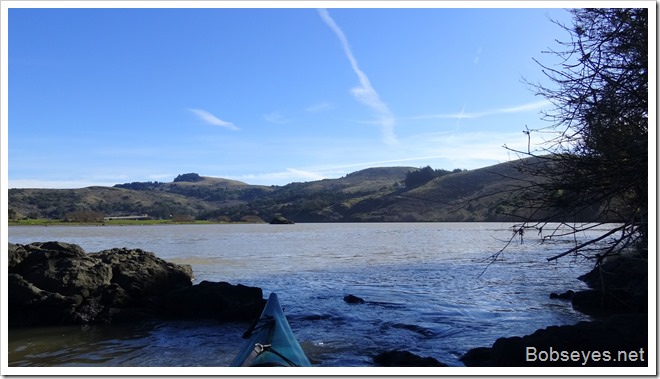 My buddy the seal came by to say hi as it usually does in this spot. 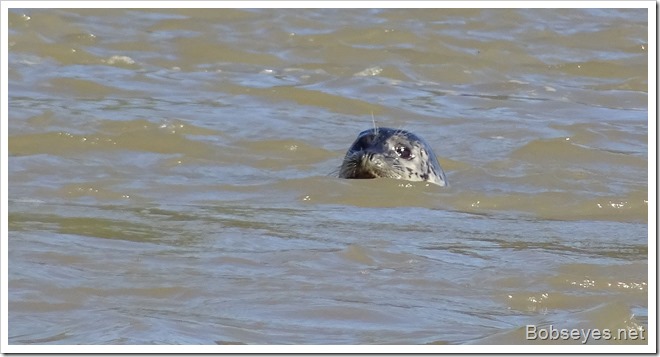 Across the river I could see and hear these geese honking away by Paddy’s Rock. 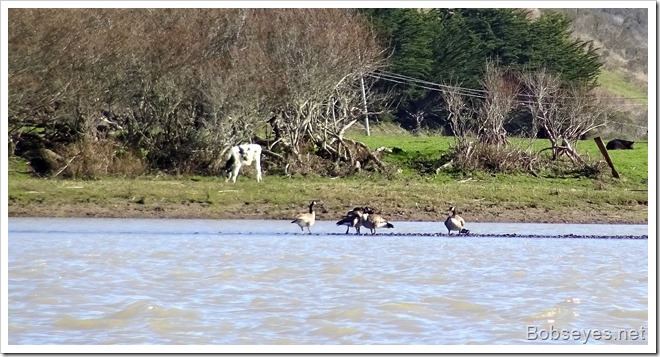 A couple of geese flew by honking as they went past me. 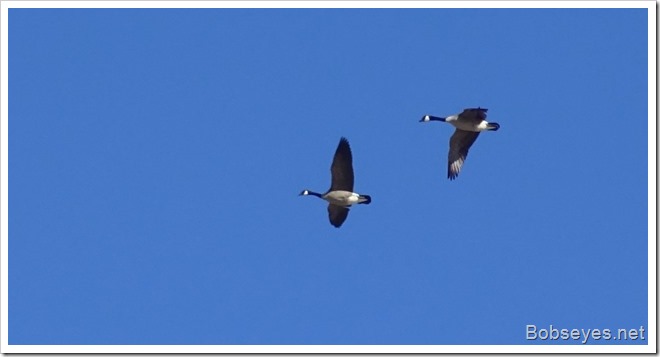 Changed my mind about this

I was thinking I should call it a day early and go over to Santa Rosa to do some shopping so I headed on in for the day. 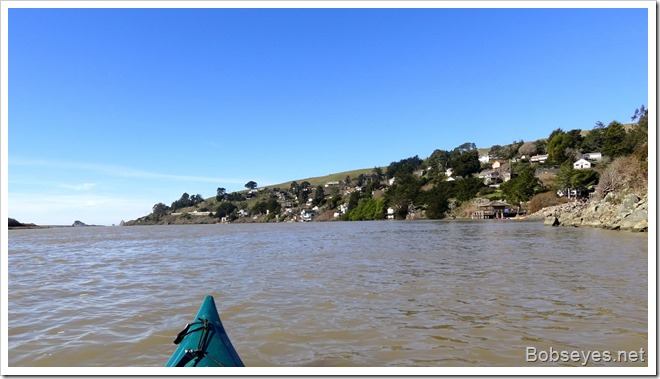 But as I as driving home, I changed my mind about going to Santa Rosa and stopped at Safeway in Guerneville instead as I didn’t really feel like driving in the traffic.

Got some of the brush picked up

From there I drove on home. At home I did some more spring yard work. I did some more tree pruning and picked up some of the brush until I was tuckered out and then just sat around in the yard until it started to cool down.