Paddle Day and Practicing Making Videos From My Kayak

I’d planned to go on down to Monte Rio and kayak on the river today. I wanted to practice making videos from my kayak and had my new lapel mic to try out.

But I started the day chair hopping around the yard. The day was so nice I was reluctant to go, so I prolonged it a bit and finally just had to set a time to get going or I wasn’t going to get out of here. 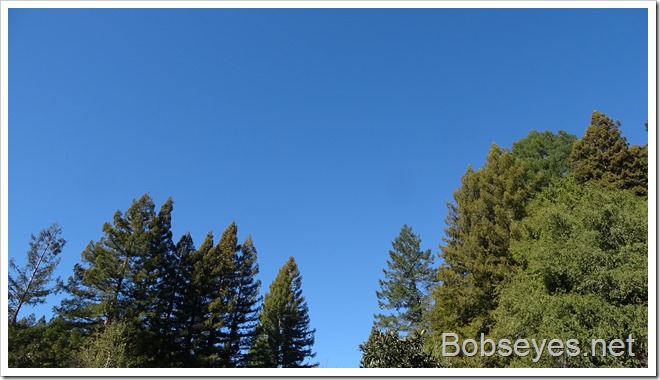 It’s about a ten or fifteen minute drive down to Monte Rio from my place on a very scenic road along the river.

I arrived and put my boat in the water at the boat ramp and parked the car.

I planned to head on down river to a spot to work on making videos from my kayak so I headed on down the river stopping to talk to this guy. His name was Chris and he lives down here, four house down. 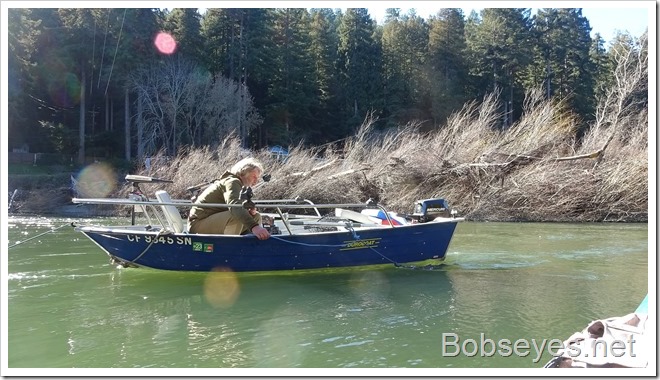 He turned out to be quite the character so we shot the bull for a bit.

I noticed he had a steelhead on his line in the water that he had caught, so I asked him if he’d mind holding it up for me and my viewers, so he did. 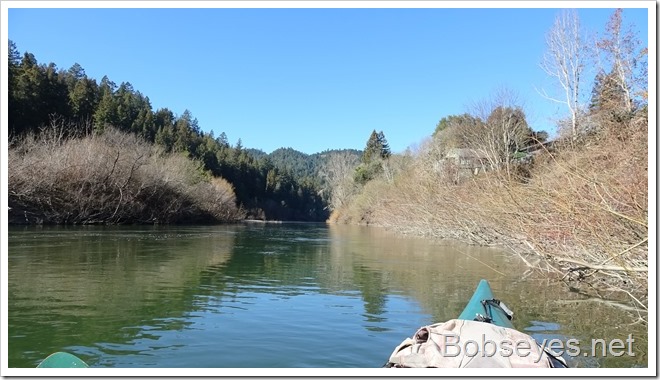 There seemed to be a lot of chainsaw action on both sides of the river today. The guys on this side were trimming a big redwood tree likely to remove it. 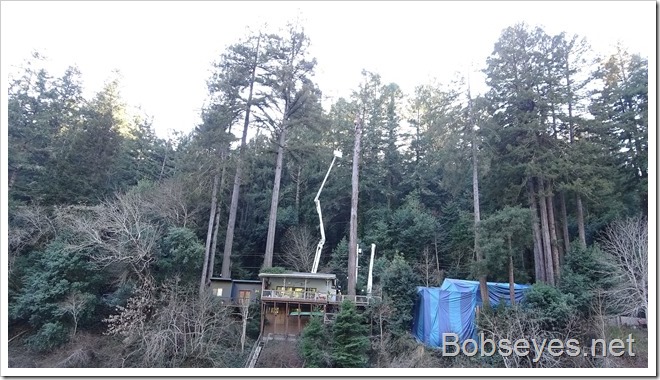 I watched for awhile as the guy was trimming off the small branches and then I headed on down the river with intentions of checking it out on the way back up the river.

I continued on down the river to the Villa Grande hole where I sat and worked on making videos from my boat. I made a half dozen or so videos mostly about the disaster of earth loosing most of it’s beaver in the early 1800s and what does that really mean.

I think I made about six of them. I’m a little too critical of myself in the videos, but they each got a message across so I think I’ll work on posting them with very little editing for now.

My  new mic seemed to work good and the sound of  my voice is acceptable now.

I’ll be working on posting these videos on YouTube as I get time.

I also shot videos as I travelled down and back up the river so I’ll be working on getting a video together on that.

Right now I’m not shooting for perfection but I’m just trying to get started in putting some videos up and will work on making better ones as I go.

Back up the river and the tree guys

I worked on the videos for about an hour then started my paddle back up the river and stopped to see how the guys were doing on the redwood tree removal.

The guy on the tree is cutting it down in sections. 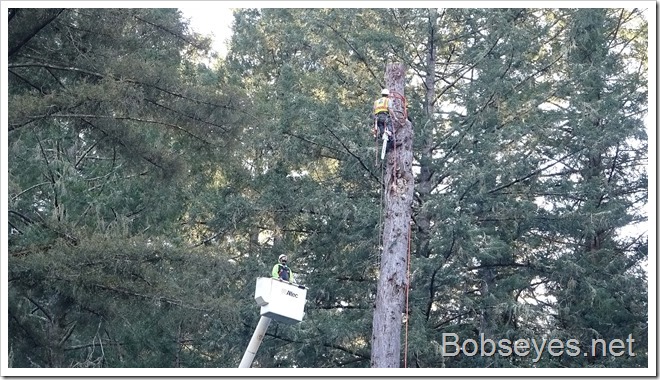 I don’t like heights so it’s not a place for me. He’s tied up the top section of the tree and is now going to cut it off and lower it down to the ground with that big red rope. 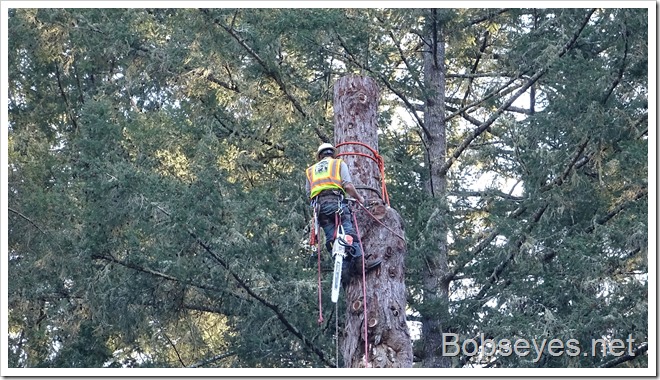 I left them at it as it looked like the process was going to take a long time and I continued paddling on up the river.

I could see Chris was still fishing in the slot so I stopped to chat with him for a bit. He hadn’t caught any more fish. 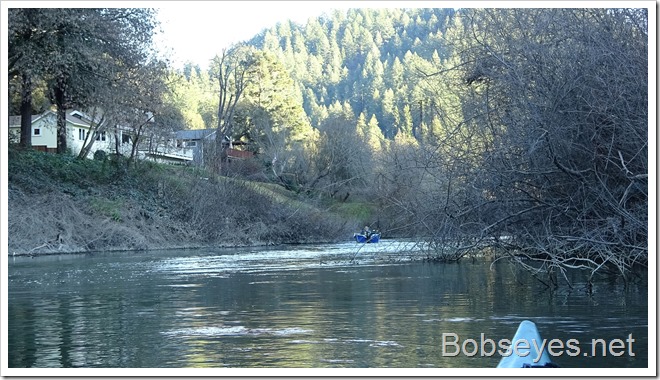 He’s quite a talker so eventually I had to excuse myself and paddled on up to the boat ramp on the left there. 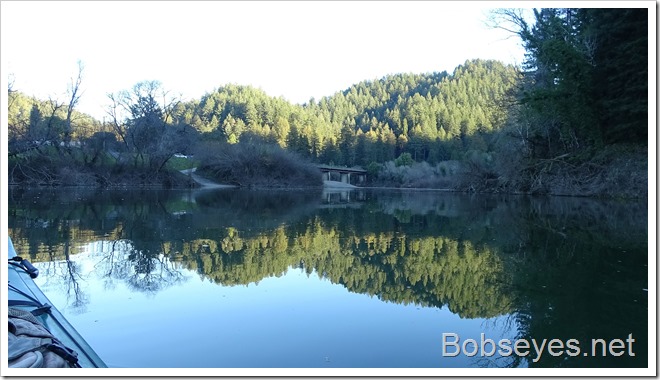 I was soon back home and wanted to practice with my drone so I got it out and set it up. I mostly practiced flying it around the yard walking around following it between the trees, trying to get close to the trees but not too close. 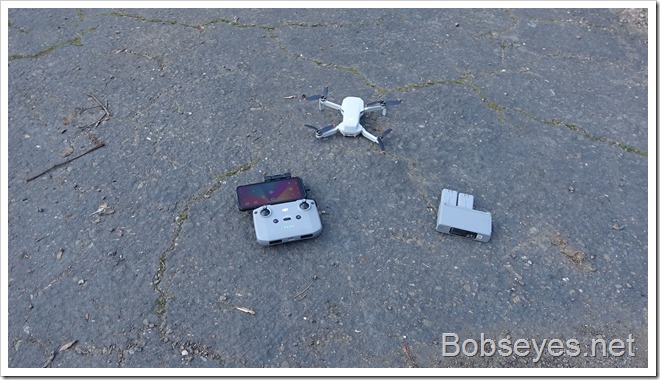 One battery pack was enough for the day and the night chill sent me into the house after closing up the chickens on their roost.

(Visited 129 times, 1 visits today)
This entry was posted in Uncategorized and tagged Making Videos On the River. Bookmark the permalink.