Paddle at Jenner With Waffling Fog and an Old Bottle

Around noon today I headed down to Jenner for a paddle in the Russian River Estuary. I put in at the Jenner boat ramp and started across the river.

Looking down towards the river’s mouth area it looked like this. High fog waffling around. 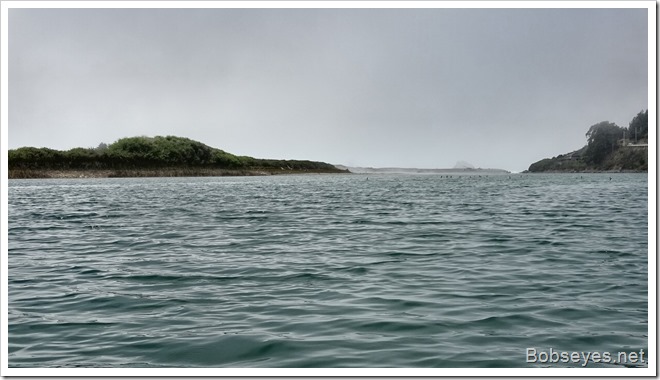 Looking up river I could see the fog starting to move in a bit so I headed down river instead. 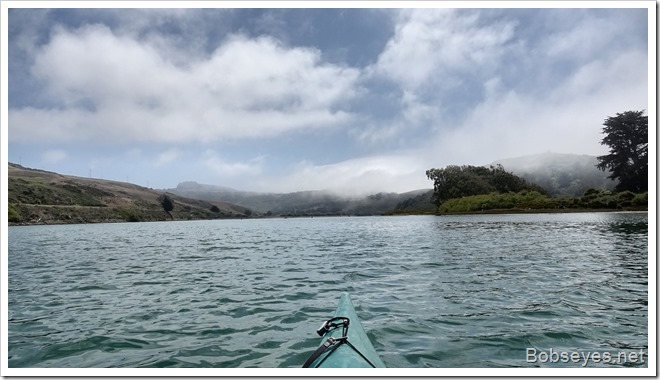 I saw this old bottle just under the water in the shallows by the island so I stopped and turned it up. It had a small chip out of it’s mouth. 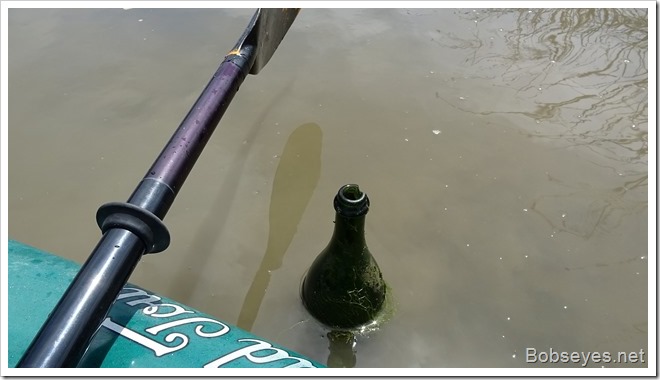 Now that meant something, the chip out I mean. Korbel winery is up the river about 20 miles and they used to dump their junk by the river in a small gorge. That’s where all their old bottles went that weren’t any good and slowly some of them have washed down the river. We’re talking maybe 60 or more years ago.

This is what I think is an old Korbel wine bottle from long ago. 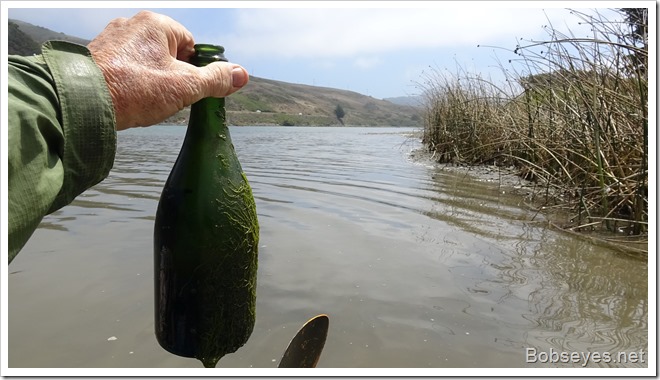 I continued on down towards the river’s open mouth which was a bit foggy. 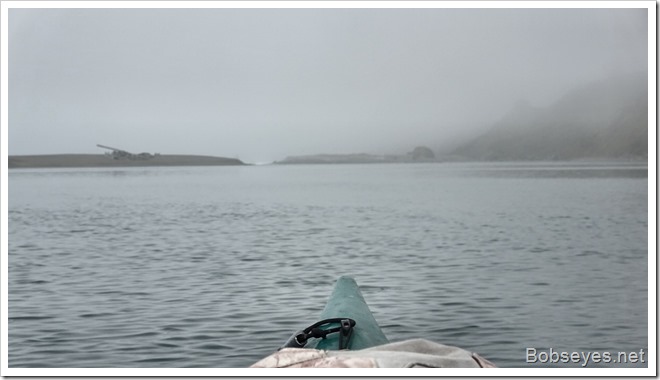 It was high tide and the ocean was splashing over some rocks as I checked out the harbor seals. 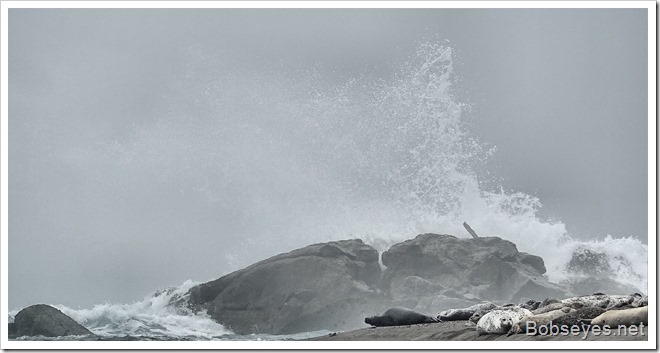 As I was watching the seals these two brown pelicans lined up on me and looked like they might run over me. 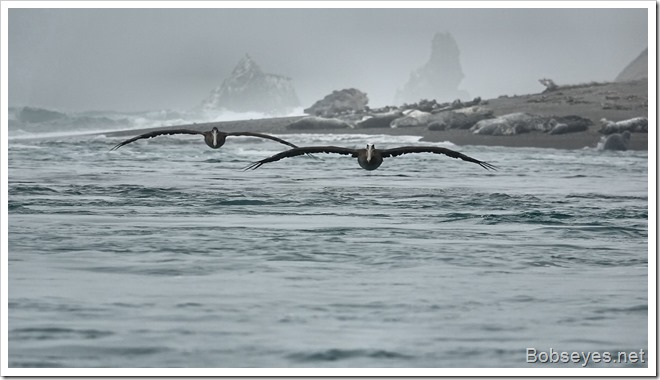 But they pulled up at the last instant and went right over my head. If a big one of those guys ran over me it might not fair so well for  me as they are huge. 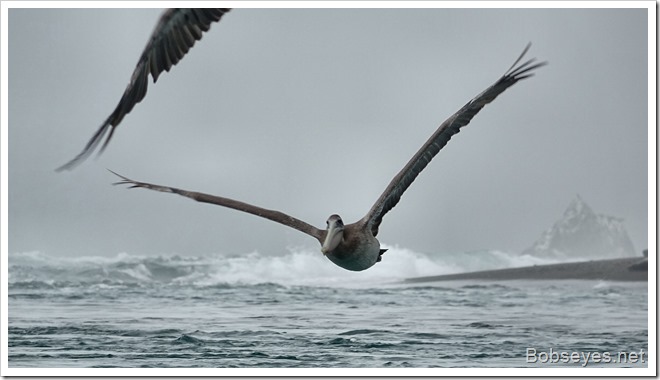 I checked out some of the other wild life down this way, cormorants and more seals. 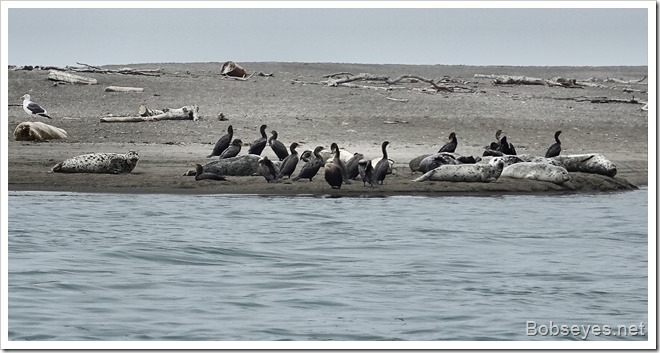 After about a half hour watching these guys I turned and started back up the river. 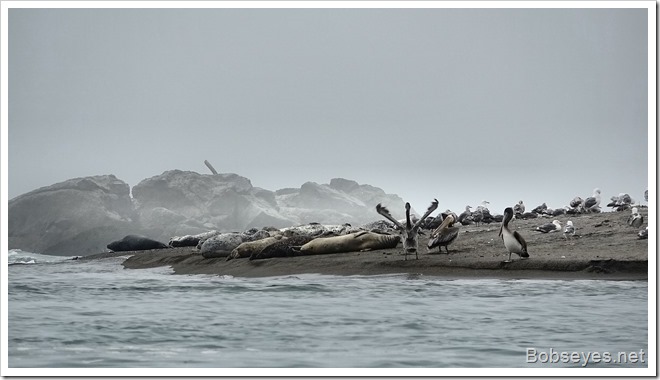 The fog had moved in up river but it was moving in and out, waffling I call it. 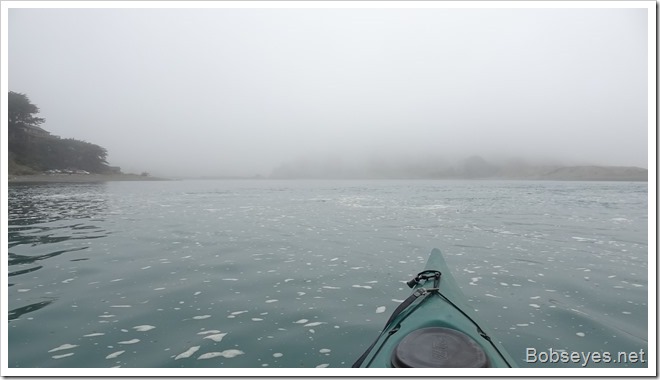 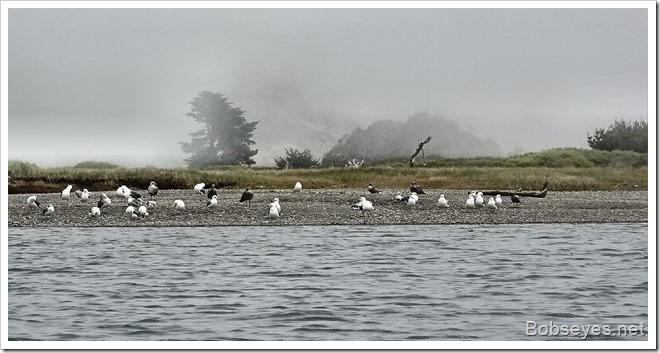 I paddle the edges 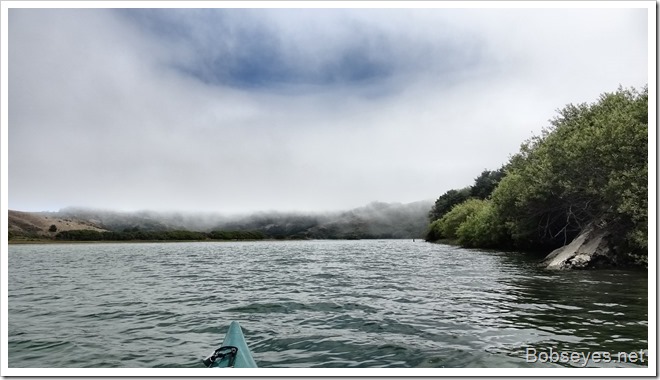 There were quite a few cormorants diving and fishing in the area. Here’s a few of them resting by Paddy’s rock a favorite spot of theirs. 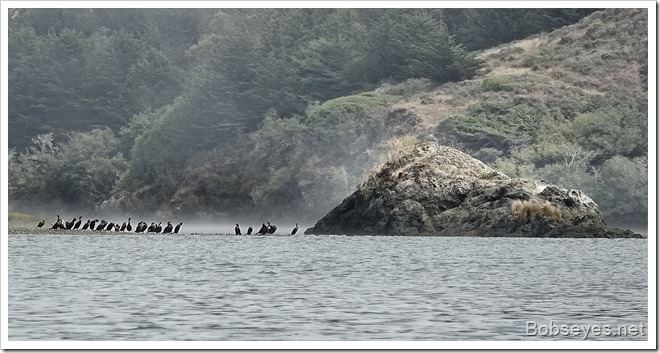 Some of the fog had moved out of this area for a bit.  I was headed just up ahead where I like to stop and sit in my boat for a bit before starting back. 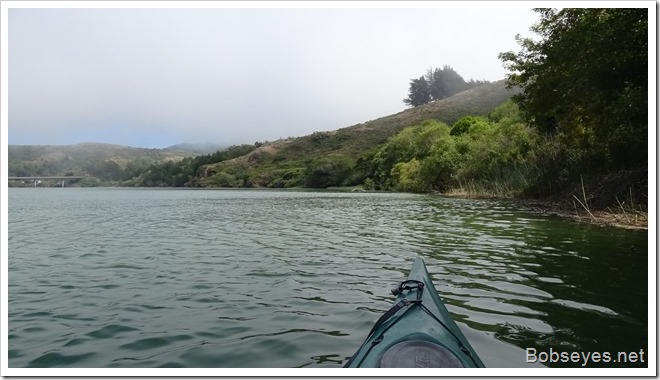 Tis is the spot I like to stop and set for a bit, see why? Jenner is now fogged in. 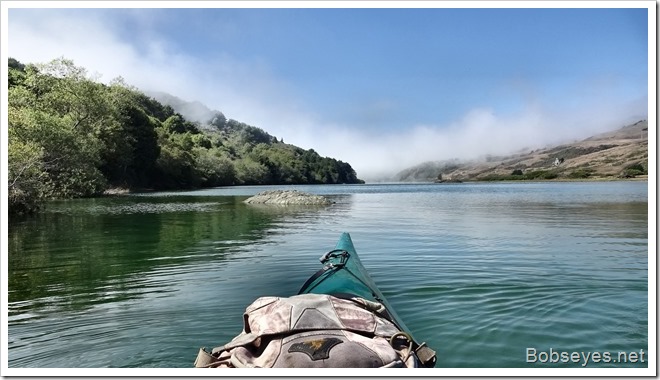 Eventually I headed back down the river to Jenner which looked like this. Fogged in a bit. 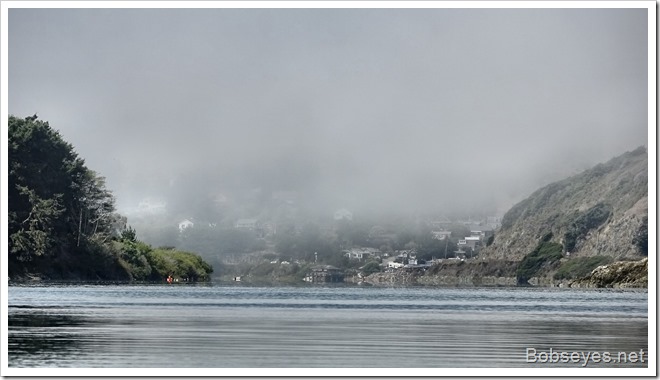 As I paddled closer the fog moved in more. I headed to the boat ramp to pull my boat out for the day. 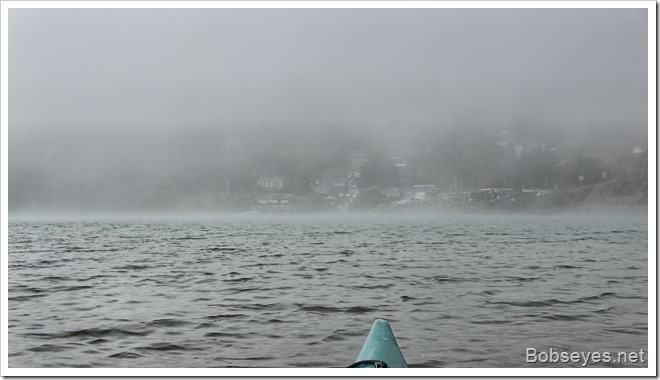 That was a nice paddle. I headed on home for a much needed nap.

The rest of the day I spent chair hopping and just taking it easy. I did do some stuff for the chickens. Seems there’s always some stuff that needs done for them.