Paddle At Jenner, River Otter and A Magical Glass Ball

I hadn’t been out for a paddle in awhile. I checked the weather down at Jenner mostly to make sure the wind was down and decided to go.

I put my boat in the water around noon and paddled across to the upper end of penny island where there is a little channel. I was thinking of going up the river about a mile today as I hadn’t been up there in some time.

This is looking up river from the little channel on the upper end of Penny Island where I will soon paddle up from after a break in the channel. 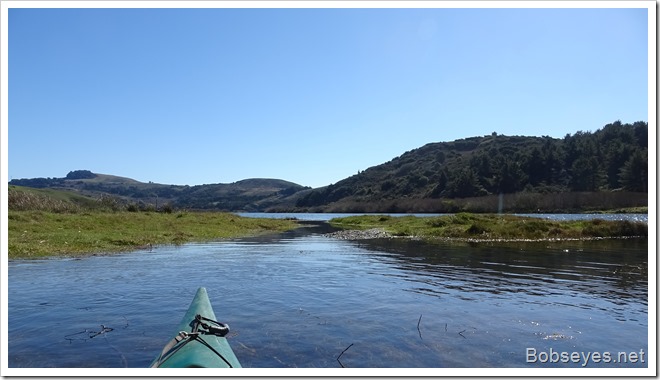 This is where I took a break in the channel. My breaks are mostly just sitting around in my boat some times shutting my eyes and just listening. 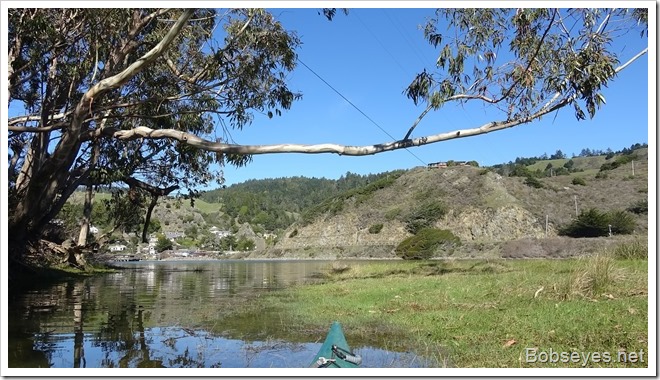 After a good break there I headed out paddling up stream going by  here taking my time and enjoying the day. Lots of blue sky with low wind. Nice. 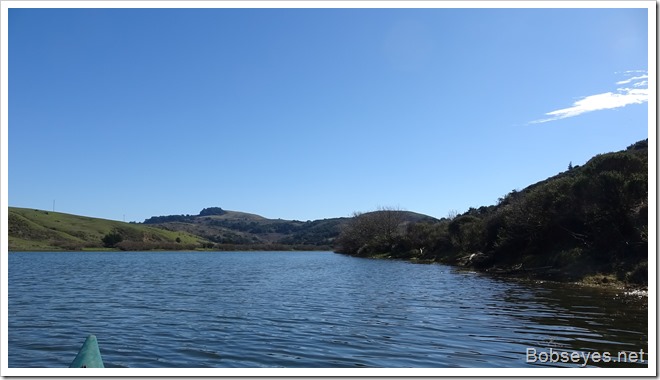 I was going along here where some movement caught my eye. See the river otter under the tree swimming along. 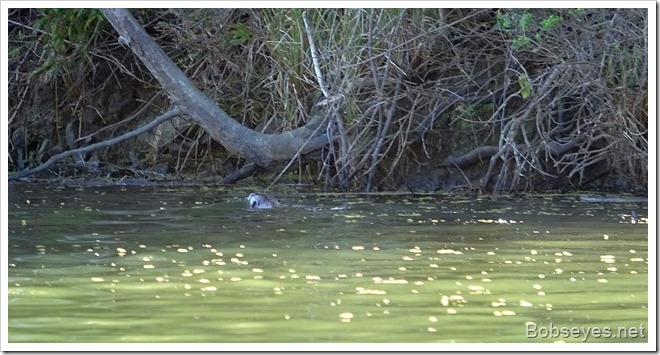 I followed the otter up to this rock and got around 20 feet from it as it spied me. He just got out of the water and is shaking off, see all the water drops. 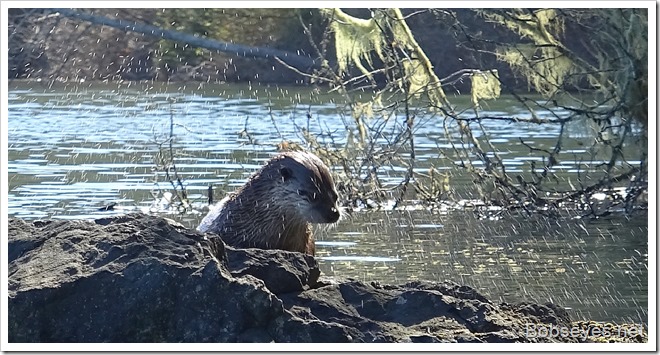 I watched it for a bit as it wasn’t too concerned about me. 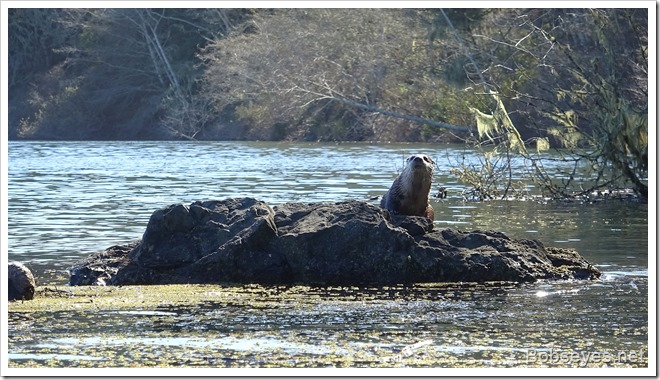 After a bit it sled back in the water. 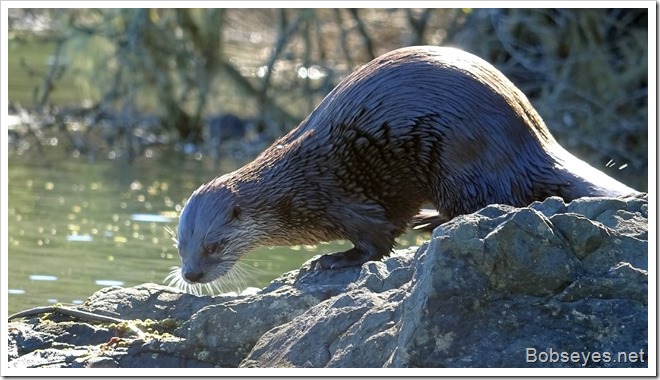 I paddled off up the river the same direction the otter was headed so I will likely see it again as it passes me by. I’m stopping just up ahead in the grass on the right and that’s as far as I’m going up the river today. I call it Muskrat as it’s the first place I spotted muskrat nests down here a number of years ago. 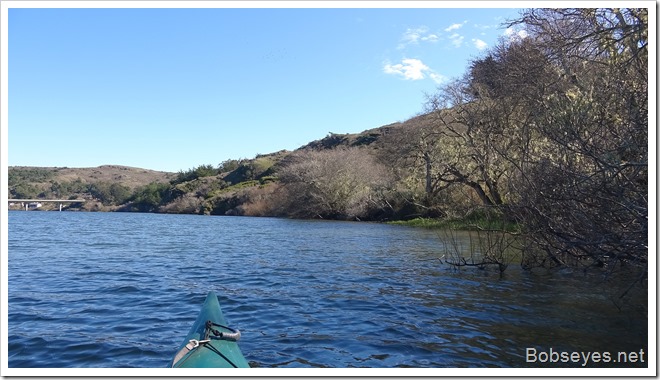 This was the view down river from there of Jenner. 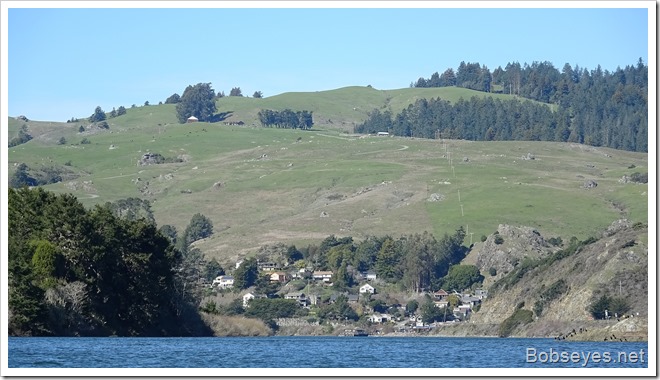 There’s a nice ranch up on the ridge. 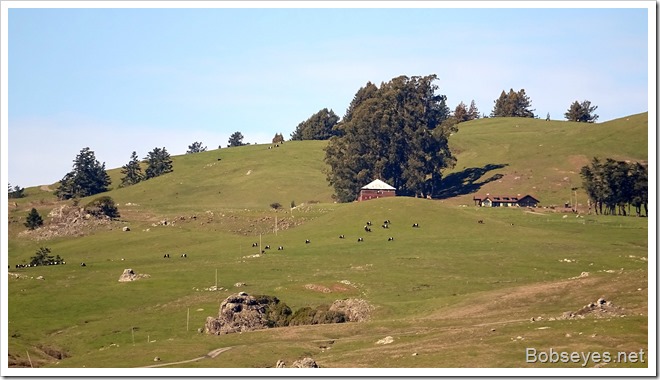 Sure enough that river otter showed up and went on by me. 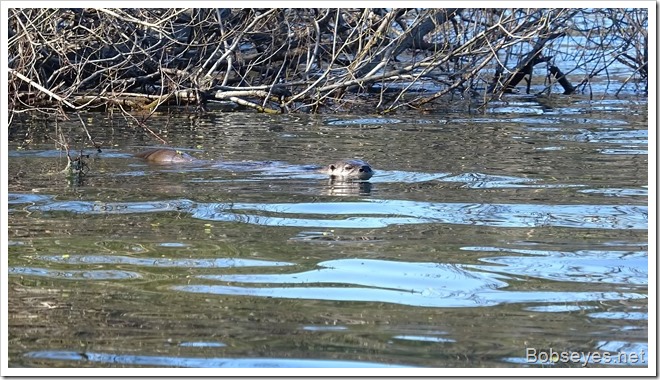 After sitting in that spot for some time I paddled across to the other side of the river and went by these cormorants sitting on Paddy’s rock. So far there’s not as many cormorants down here at this time of year as there usually is as this is the time of year the hatcheries release little fish to go back to the sea and the cormorants usually feast on them. 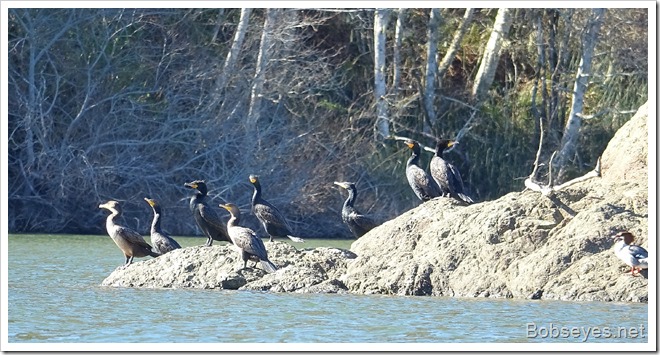 I continued paddling along the grassy shoreline when this thing caught my eye. 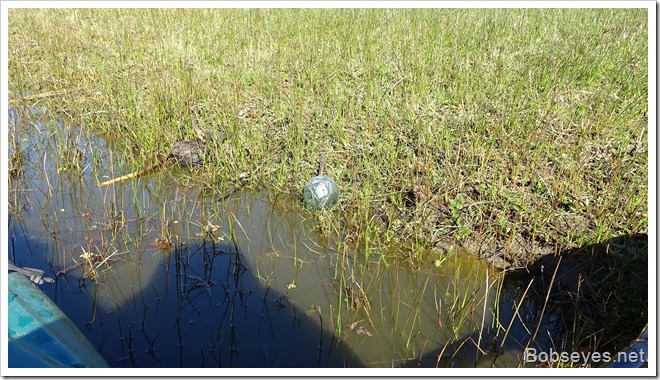 A glass ball. Now you don’t find a glass ball just any old day, they are rare. Could this be a magical one. I took it home to find out. 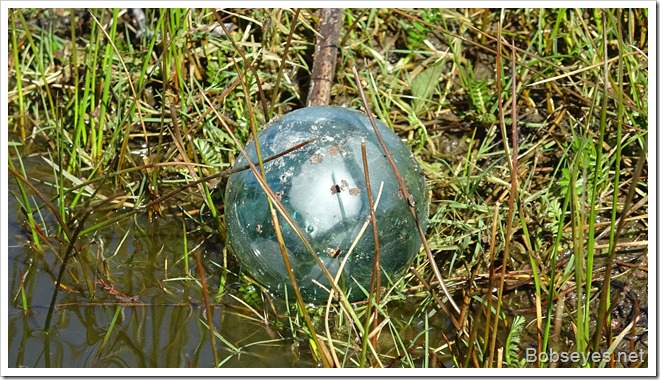 I continued on down the river headed to the river’s mouth at the ocean paddling along here the right side of Penny Island. 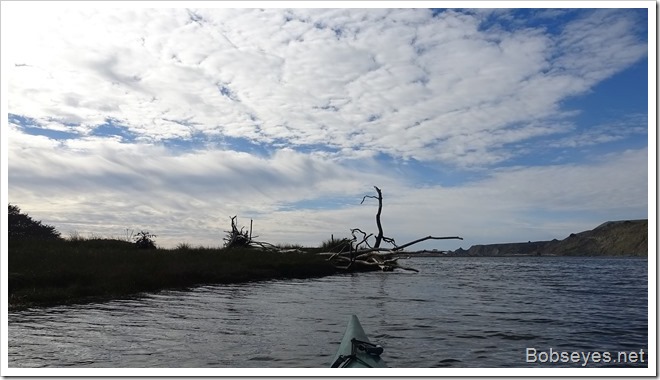 Just up ahead is the river’s open mouth where it flows into the ocean. Some big waves were occasionally hitting the jetty as I approached. 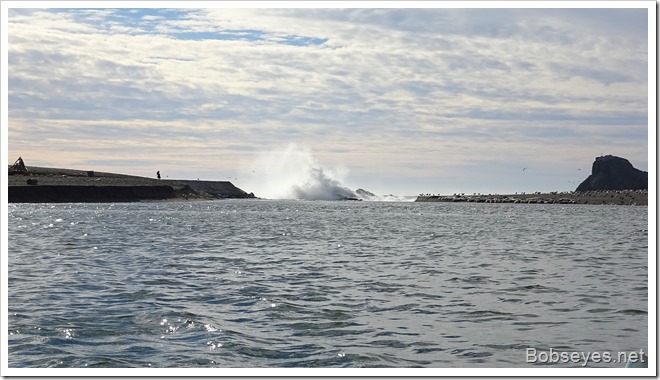 I paddled on into the mouth being careful not to get into the current and taken out into the ocean. There’s some birds and harbor seals resting on the beach to the right. 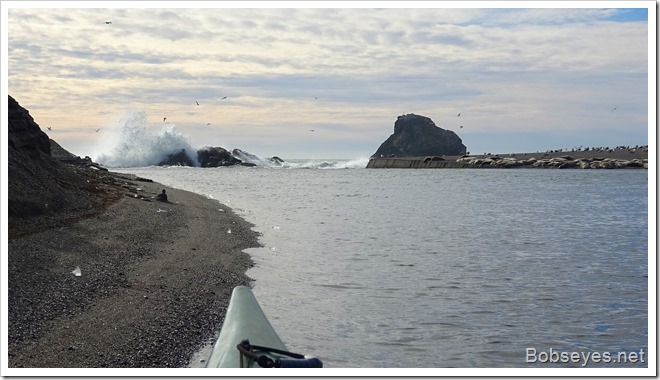 I watched from that spot as the seals swam around the area. There were also about three sea lions hunting fish in front of me. I saw a lot of splashing.

And there was a cool breeze coming off the ocean so I headed back to the boat ramp and called it a day around 4:30. 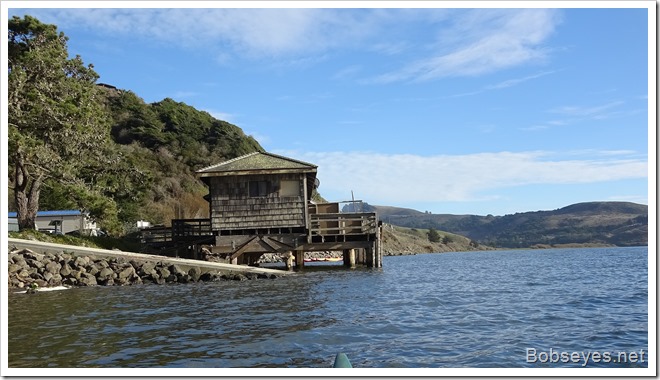