Paddle at Jenner and Some Spring Yard Work

When I got up this morning and I looked out the window, this is what I saw.  Not snow but frost on my raspberry patch. 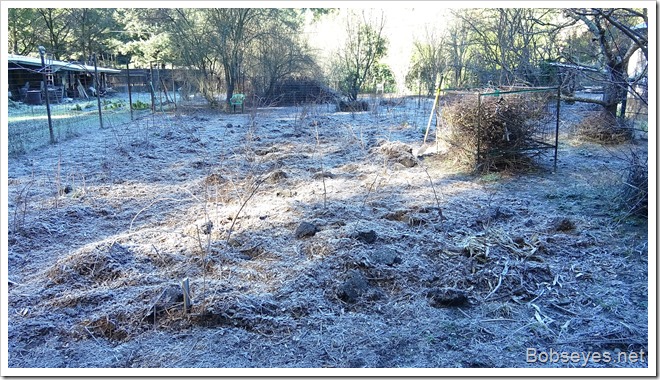 I got things together and headed down to Jenner to kayak for the day.

Once the boat was in the water  I headed down towards the mouth area up ahead where that rock is. 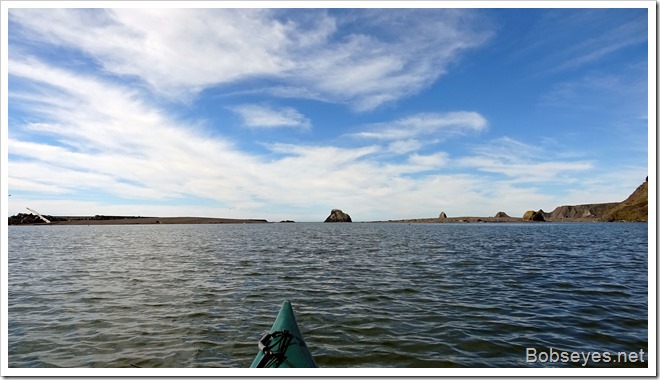 It was low tide and the ocean was not so rough today although some waves were breaking on the rocks. 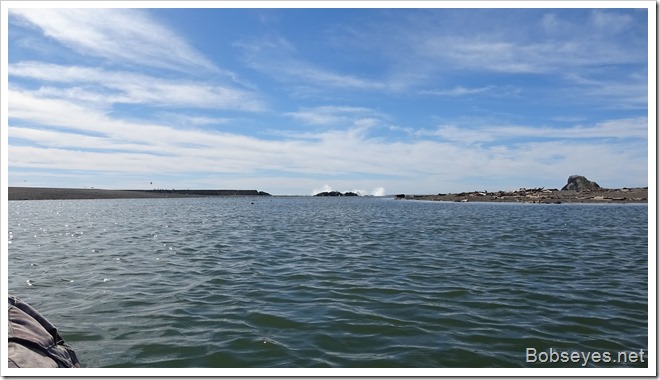 I pulled over to the left side of the open mouth to have a look at things and enjoy. The fishermen like to know if the mouth is open or closed as when it’s closed not too many fish can get into the river so the fishing isn’t so good. 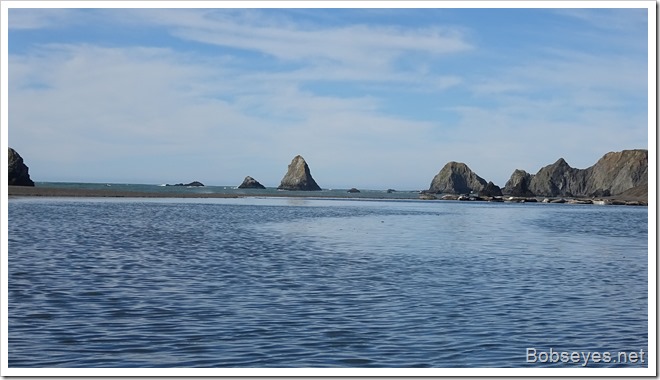 Then I paddled past these harbor seals resting on the sand and headed around the corner to Haystack rock. 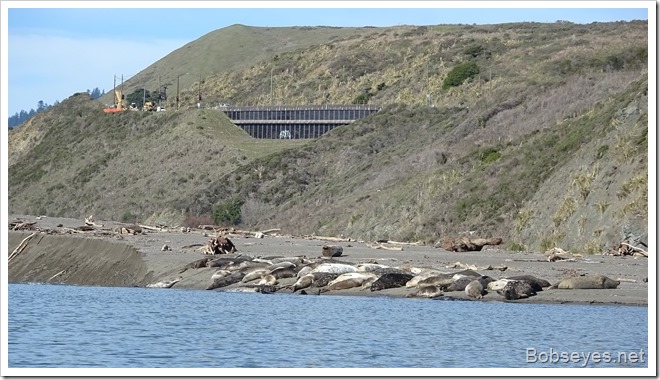 There’s Haystack Rock and some people in a canoe landed. I chatted with the couple for a bit. They said the weather is  much better here than where they come form back East. 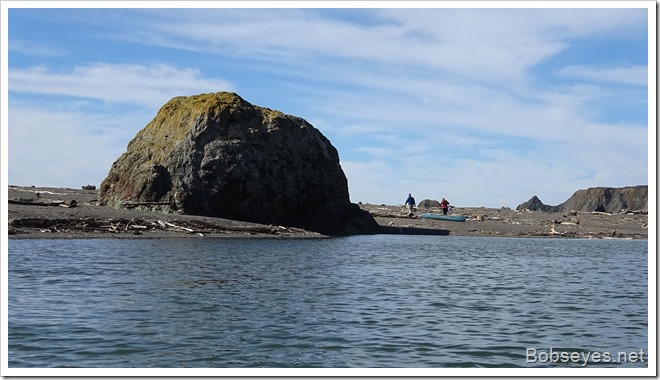 I left there and started up the river going by here. 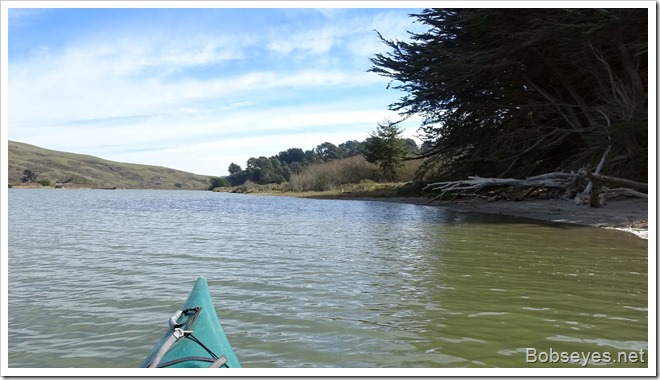 And on up by this big redwood stump, up the island’s back channel. 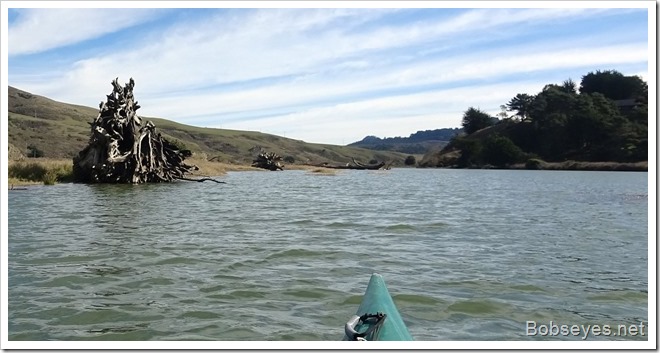 I came out at the island’s upper end here. 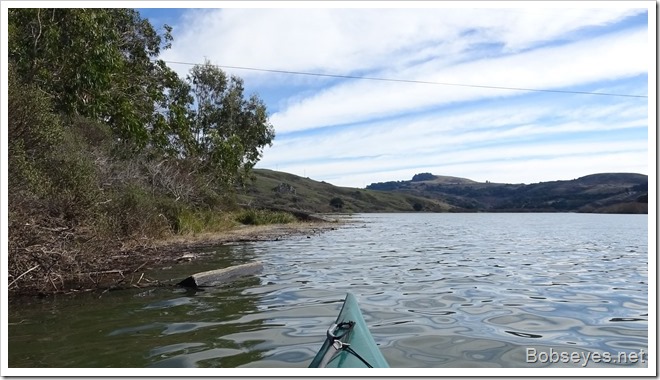 There’s this little channel on the top end of the island where I like to pull in and take it easy for a bit as it’s mostly calm in here. 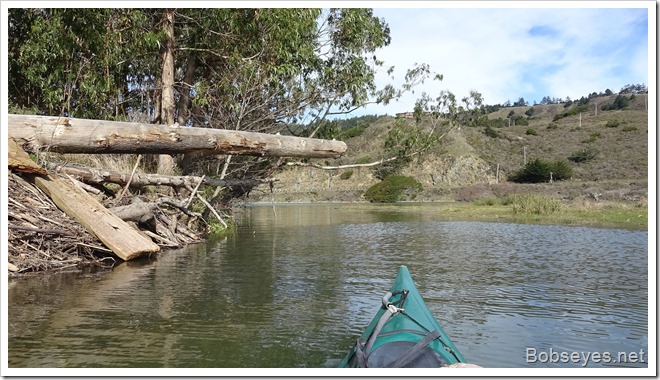 From there I went on in and then drove my car to Monte Rio to see how the steelhead fishermen were doing.

Here’s the Monte Rio parking lot with the fishing boat trailers get parked. 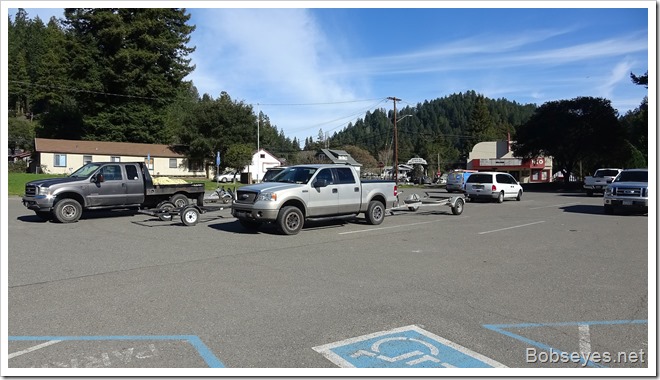 I walked over to the boat ramp and the river sure looks nice here. But I didn’t see any of the fishermen at the ramp so I didn’t get a fish report. 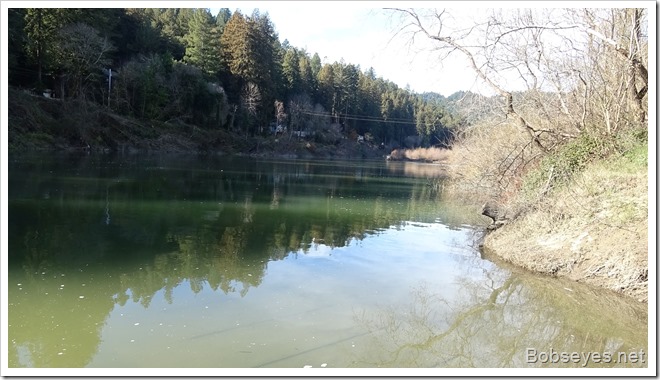 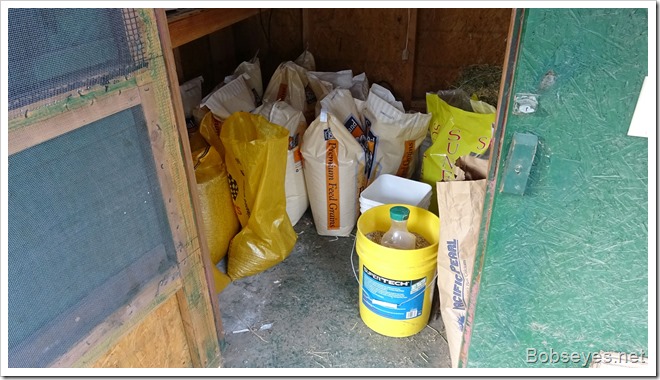 Then I moved a couple loads of woodchips to the raspberry patch.
And it was time for another break.

My brother is having a rodent problem in his garage so he took all the rat traps over there to it. I’d had my camera set up on the traps so now with no traps I moved the camera into the chicken’s mulch pen where they get fed quite often and there’s a bit of seed around in the ground. A good place to watch for rodents. They seem to be able to smell each seed and dig them up for chow.

Here’s the camera set up in the mulch pen. 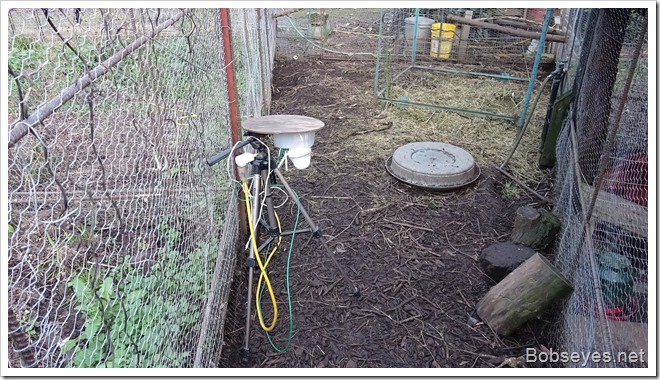 Just before dark I hauled two more loads of woodchips to the raspberry patch. 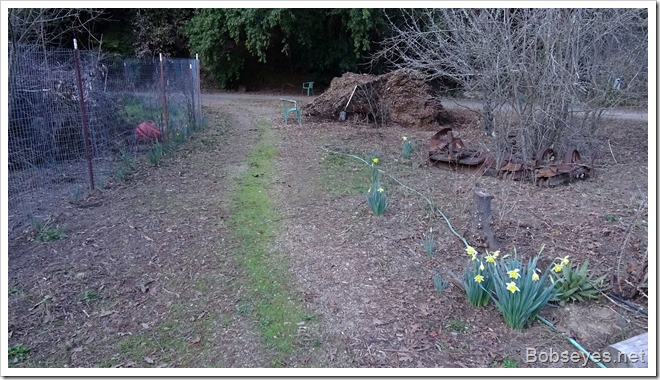 Here’s the woodchip pile and my scoop loader and dump truck and my resting place that I need to use a lot. 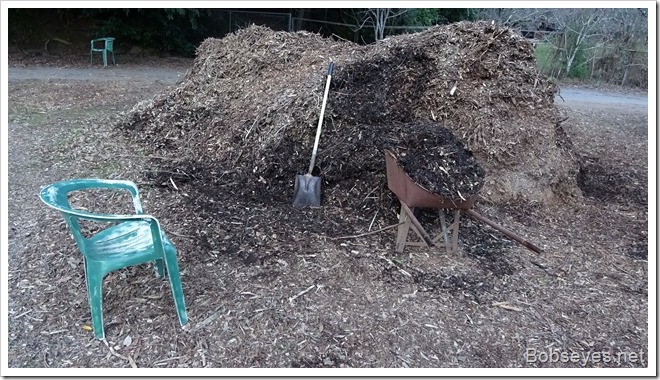 That was about all I could fit into one day.

Nice day playing and doing some work too.

1 Response to Paddle at Jenner and Some Spring Yard Work