It looked like the rain showers were holding off for today so I headed on down to Jenner to kayak. John’s and Ray’s trucks were in the parking lot so I knew they were here so I tried to catch up with them. I knew they usually go down to the river’s mouth area first so I headed down that way. There was a little wind but not too bad.

I paddled down to here and was looking for the guys but couldn’t see them at first. Eventually I saw them off to the left of this picture so I headed that way. They hadn’t spotted me. 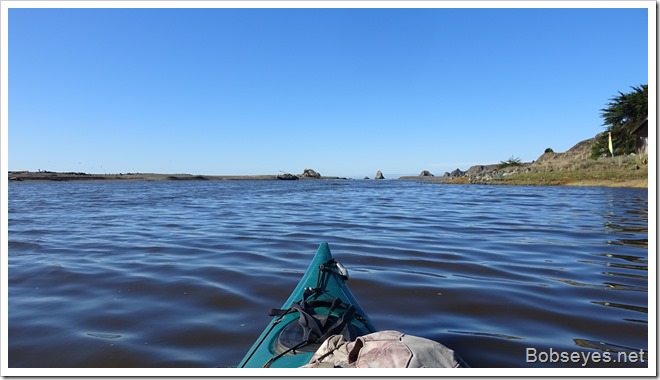 Ray and John are up ahead headed up the island’s back channel and I haven’t caught up to them yet. 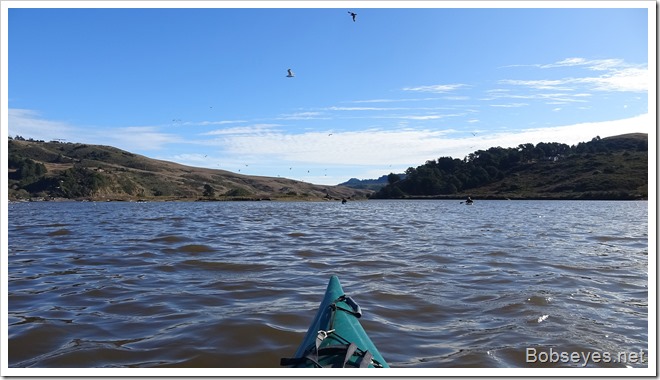 I did catch them and we continued on up the island’s back channel headed up the river going by this egret fishing away. 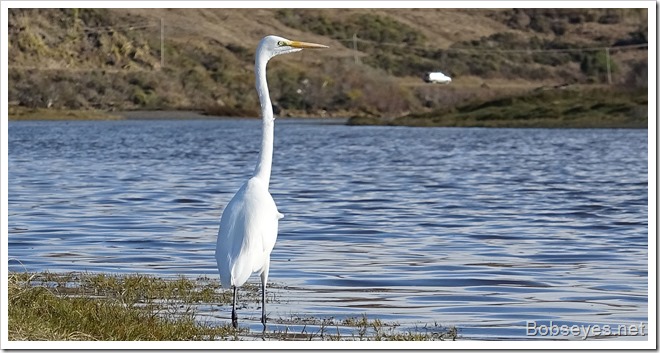 As we topped the upper end of Penny Island the little wind we had mostly died. Nice. That’s Ray in the yellow boat. 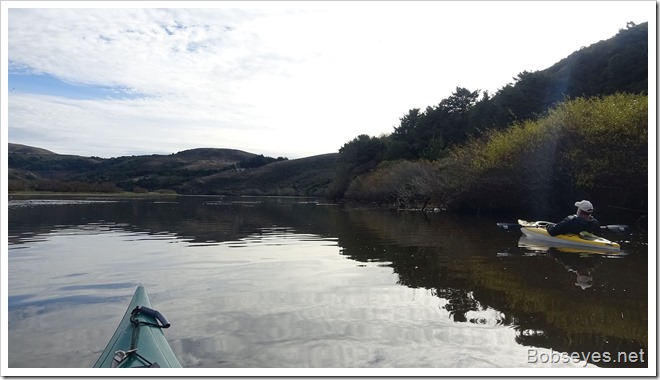 We heard and saw some big splashes in the water so watched to see if a harbor seal had a big fish. The guys are looking out front there at the splashing area. 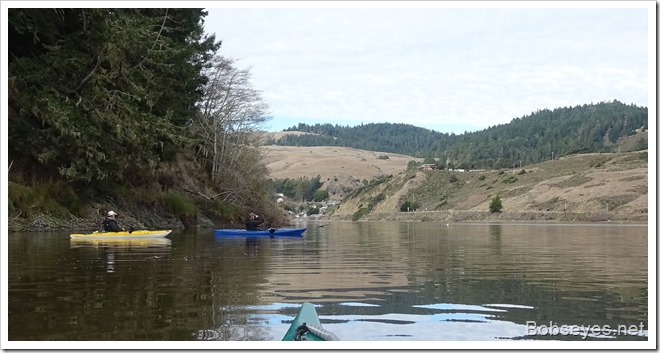 It turned out to be a sea lion hunting, the thing that looks like a rock in this picture, best I could do as it spent most of the time under the water. 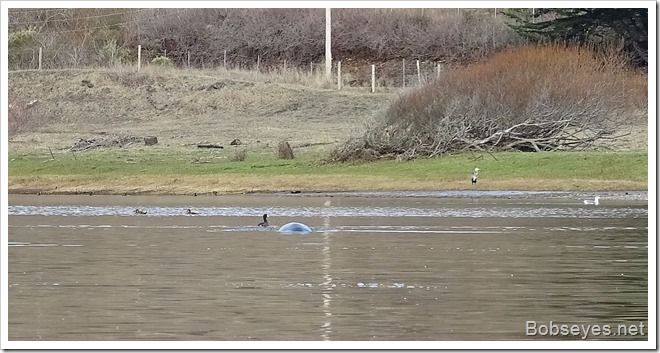 With the wind completely down it was a real nice day so we sat around this spot and shot the bull for quite some time. 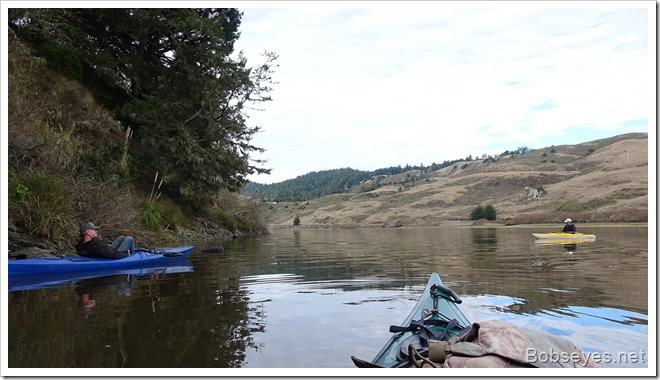 How about a hike

Sitting around there in the water I said how about a hike. John was up for it but Ray was ready to head in so John and I started paddling up the river just a little further to the Indian Rock Trail head.

But first there was something sneaking by us on our right here. 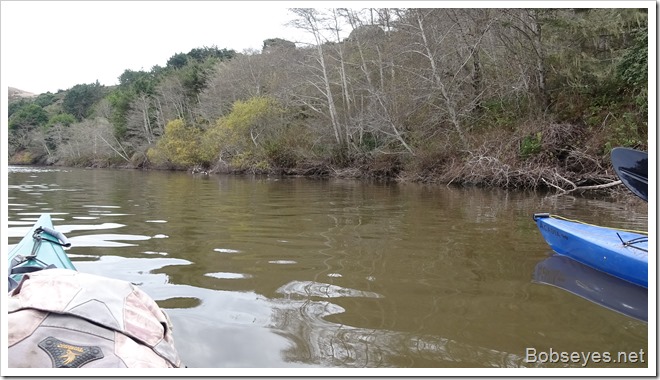 About ten otters were feeding along the shore and trying to sneak by us. There’s two of them just on the other side of John. 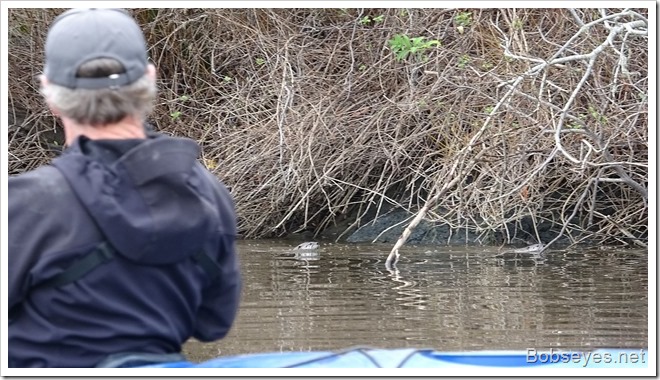 These two guys were looking back for their buddies to catch up. 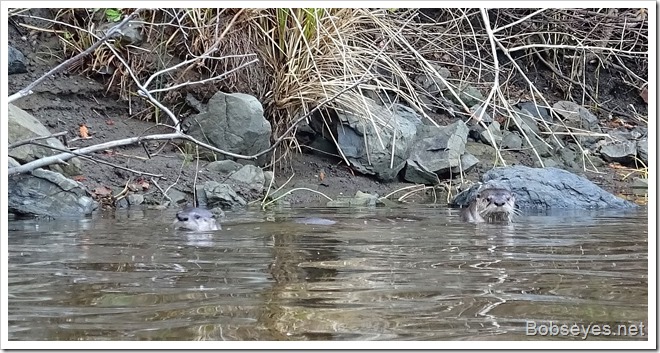 This guy wasn’t sure and it was being cagy and checking us out from the brush. Look hard. Click the picture for a better higher quality one. 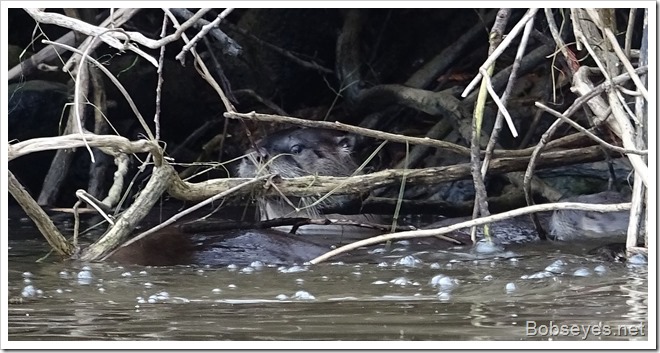 The trial head wasn’t far so we put ashore and secured our boats as the tide was coming in and we started up the trail that starts out pretty steep.

Here’s John starting up the trail and being careful not to to slip as it’s a bit wet from the rains. 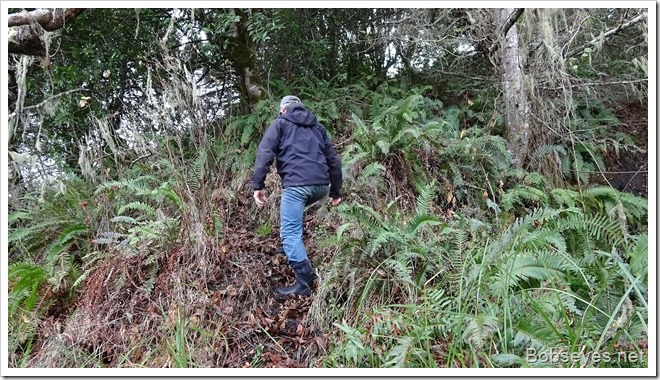 The trail goes through some nice lush stuff with a fair amount of poison oak mixed in. We don’t catch it. 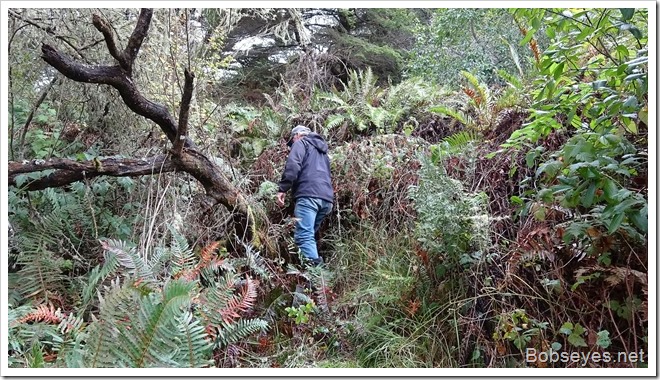 And eventually breaks out into this brush and on up to the rock. 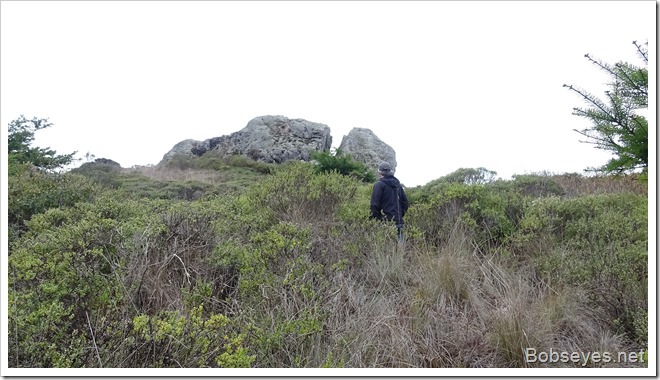 John’s almost to the top of the rock for a sit and a view. 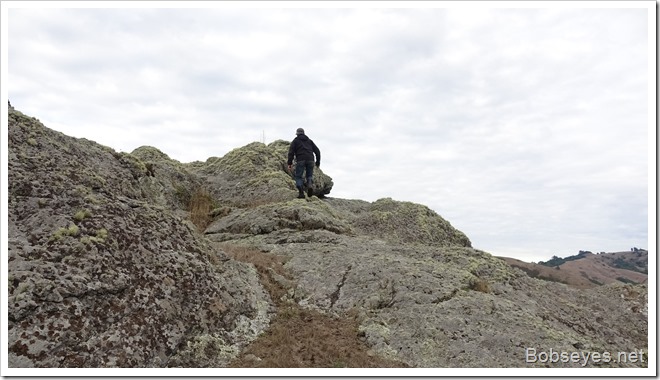 We’re on the top of the Old Indian Ladies Face Rock looking on up the river. 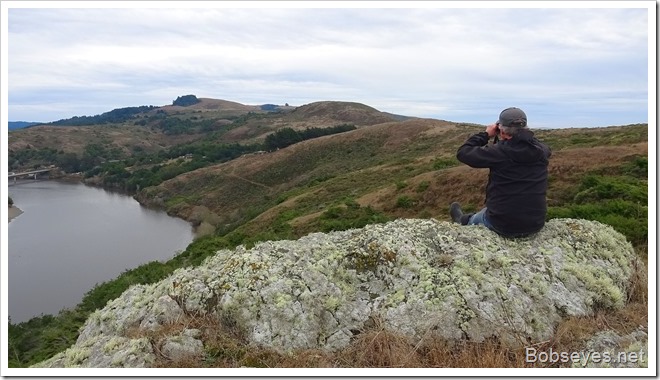 After a good sit down on top of the rock we started on down going a different way through those trees. 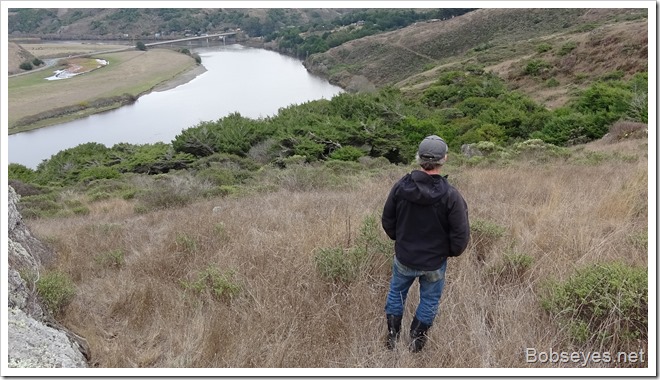 Down through the ferns and trees. 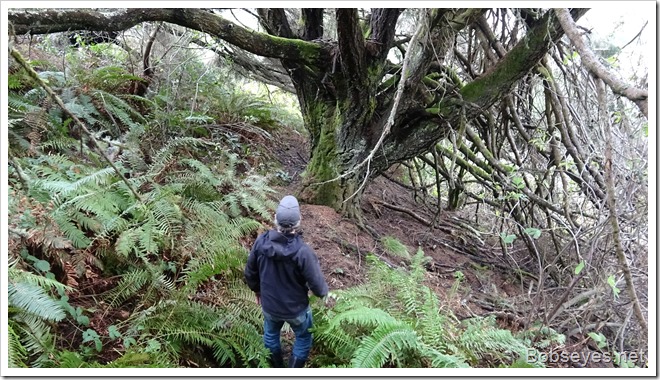 We made it back to our boats and headed back to the boat ramp for the day.

There we loaded the boats and went on home.

By the time I got home it was almost dark. I checked the chickens and went on in for a nap.