Forgot to shut the chickens up last night

When I went out to feed the chickens this morning I realized I forgot to shut them in last night. That’s not so good as some critters could get in to get them but they didn’t.

It did give the wild quail an easy way out of the pens so there were none in the pen this morning. They’d likely figure out another way out once left alone. They are wild so when they see me they take flight or try to and run into the chicken pen fence repeatedly. They spook very easily, so the best thing to do is go away and leave them alone to settle down. Anyway they got out which was good.

It rained a few inches last night but it had stopped by the time I got it going.

So I loaded up my kayak and headed down towards Jenner. I did put my flat shovel in the car as I might go to Monte Rio instead and their boat ramp is usually real muddy.

But I went on by there and would stop on the way back from Jenner to check it out and shovel some mud if need be.

The river at Jenner was real muddy but the wind was down so it was a nice day for a paddle, although there was some fog waffling around.

No one else was on the water as I put my boat in the water at the Jenner boat ramp and paddled on across the river to Penny Island. I was going to go up river but decided to go down river instead so I headed that way. 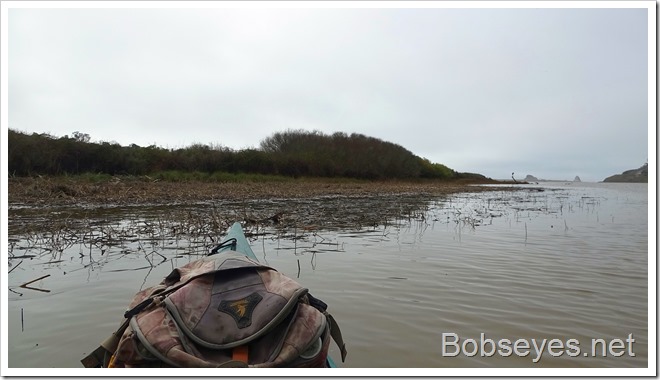 This great blue heron took off as  I went by headed down river. 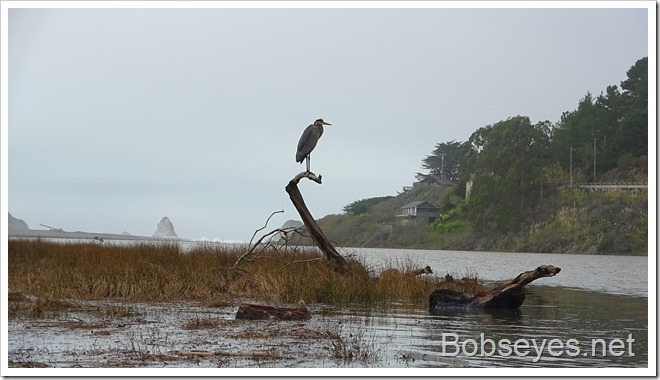 I also paddled on by this one that seems to be getting it’s mating plumage. I think this one is a male. Most of the time these birds are hard to tell which is which except when they get their mating plumage.

I headed for the open mouth and could see there were lots of birds down that way.

The closer I got the more birds I could see, mostly brown pelicans and gulls. 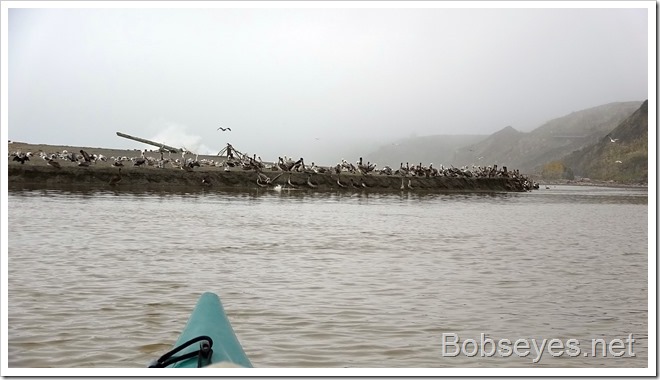 I paddled on by these harbor seals resting.

Something spooked all the gulls into the air and there were lots of them. 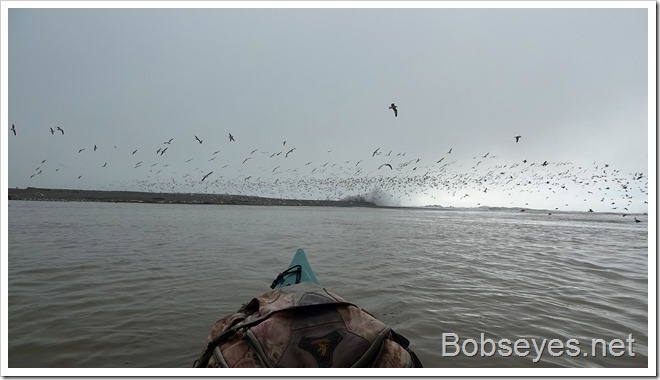 I went by these birds fairly close and none took off. There seems to be safety in numbers.

I hung around the mouth area for a while and then started my paddle back towards the boat ramp going by here. 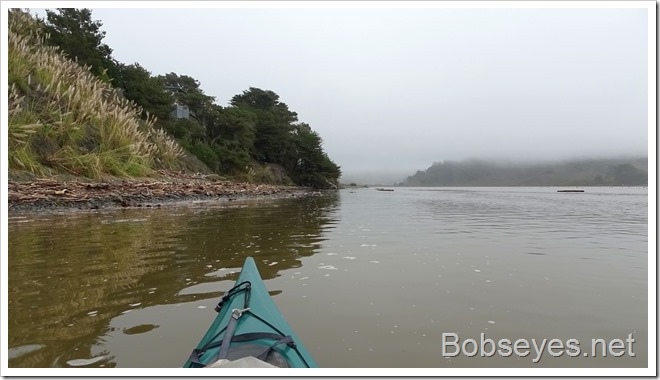 I made it to the boat ramp and got my boat back on the car. 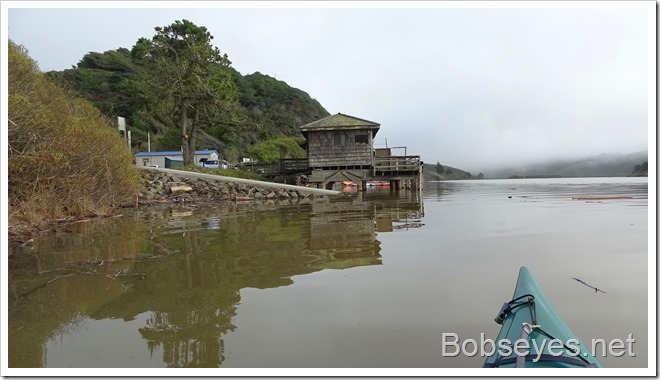 From Jenner I drove on back to Monte Rio and drove down to the boat ramp to have a look to see if I needed to shovel off the mud on the boat ramp.

Nope, it looks like the Monte Rio guys had taken care of the mud and it was nice and clean. 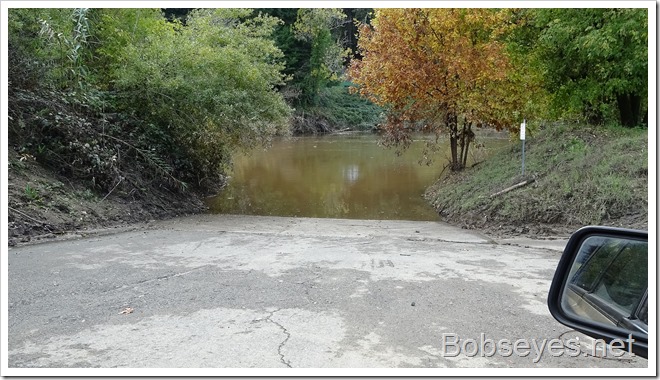 Since that was already done I drove on home and needed a nap and that was my day.