Paddle Around Penny Island and Weeds Get Mowed

I’d been doing enough work around the place lately so I went on down to Jenner to kayak for the day. There was some wind, but not too bad as I paddled on up the river which looked like this. 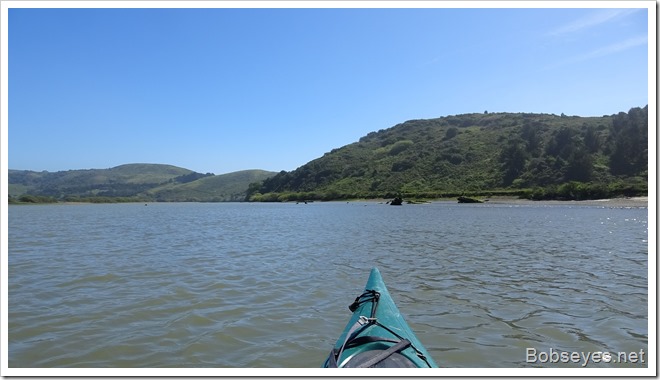 I seemed to be a bit tired out today, so I sat in spots for longer than I usually do and rested and watched.

I stopped here at these old logs for a spell as it’s a good spot to hang out. 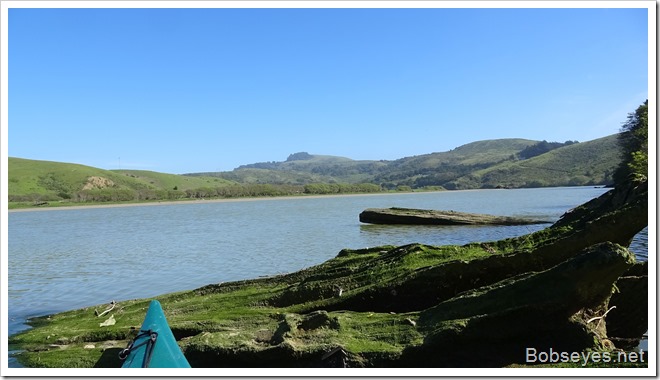 This duck swam by as I sat there. I think it’s some kind of merganser duck, but it’s looking a bit different than most of the mergansers I see down here. 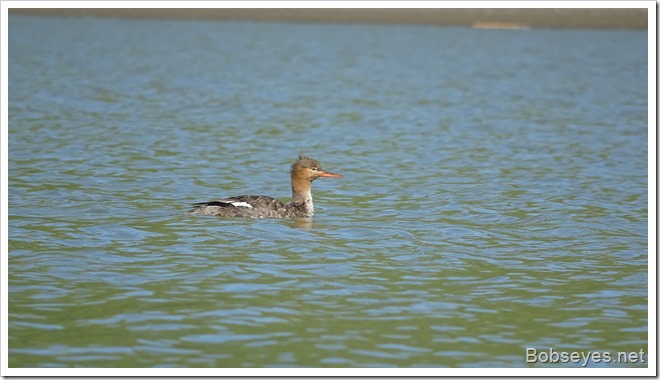 I could see these cormorants across the river from me taking it easy. I watched as something scarred them into flight, but couldn’t see anything of danger, maybe some animal in the bushes? 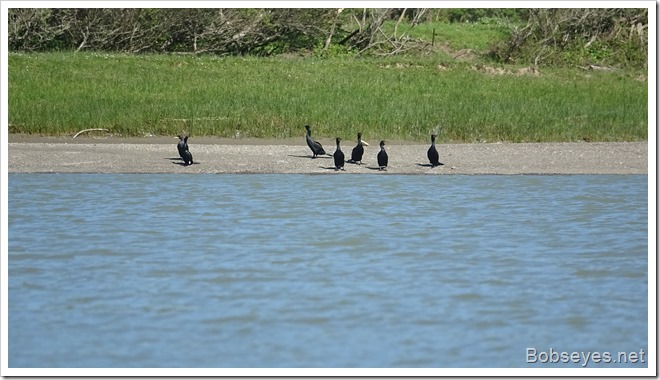 I watched for the wild turkeys

I’ve been watching for the wild turkeys as this is the time of year I usually start seeing them, but so far haven’t seen any, but I did hear them gobble once today and a couple times the other day, so they are here.

I didn’t go far up the river today, only about a half mile and turned back down and paddled along here. 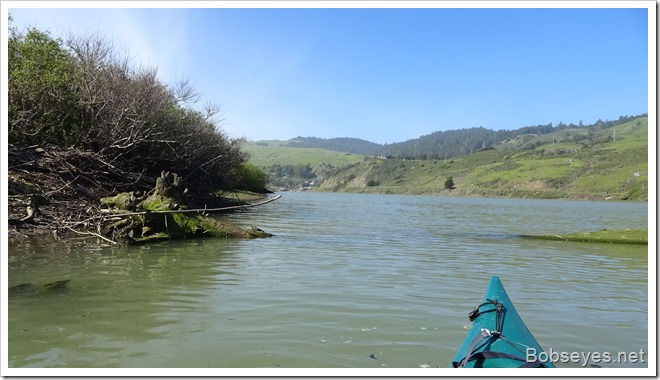 I wasn’t sure what I wanted to do, but as I approached the upper end of Penny Island  I decided to go left and down the back channel.

The island is in front of me and I’m headed to the left channel. 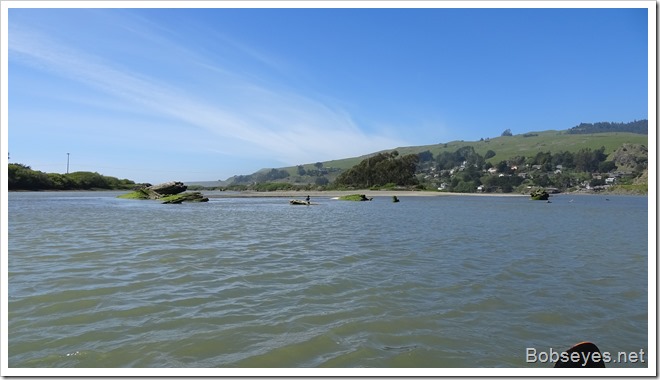 I stopped behind this big stump for a bit just at the head of the island. 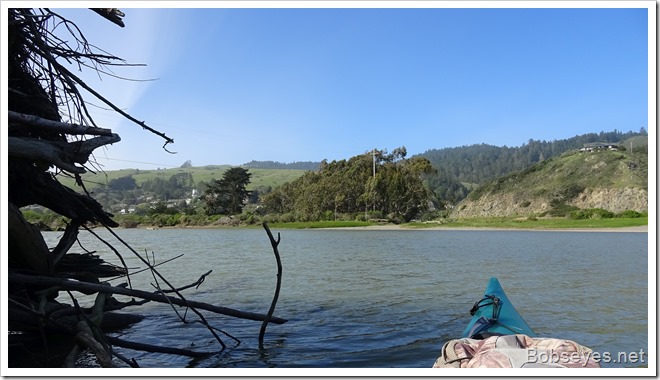 Going down the back channel

And eventually paddled on down the channel. 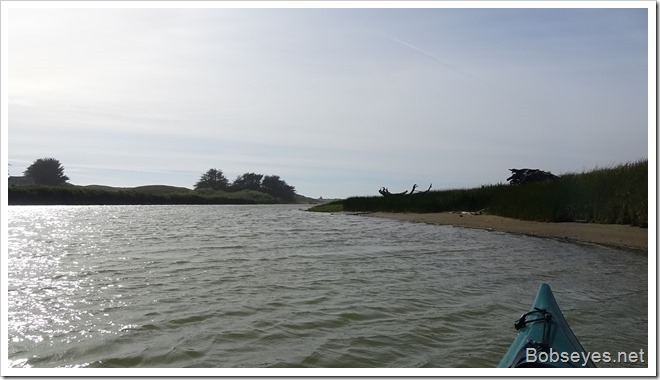 Near the bottom end of the channel is a little spot out of the wind I call the slot which I pulled into for a break. 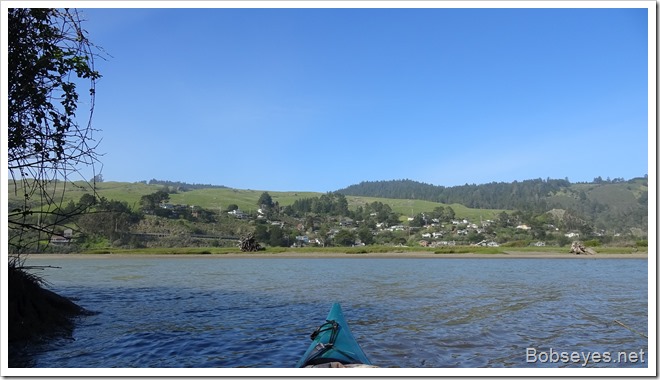 Nope, not going to the mouth

Eventually I left the slot and started to head down to the mouth area across here, but as I paddled I decided not to paddle down that way as I was there the other day and I didn’t want to paddle into the wind that had picked up a bit. 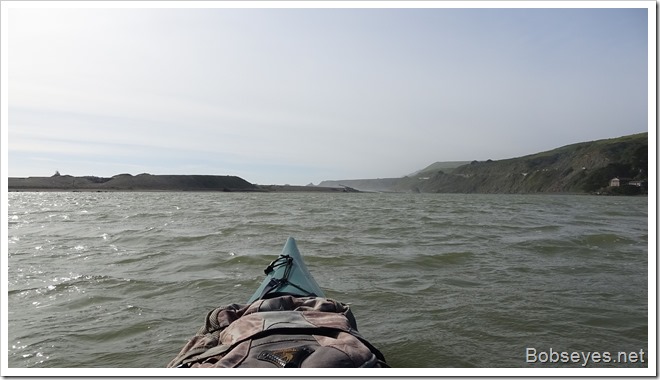 I turned back around and started back up the river. There were a lot of birds on the lower end of Penny Island, some in the water and some on land. 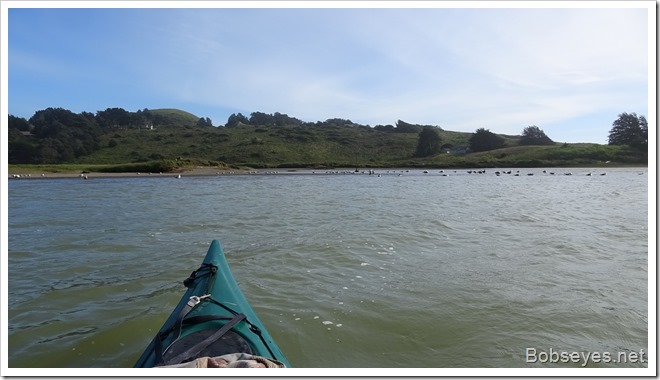 Checking out the birds

I paddled a bit closer to the birds to have a look. Terns and seagulls. 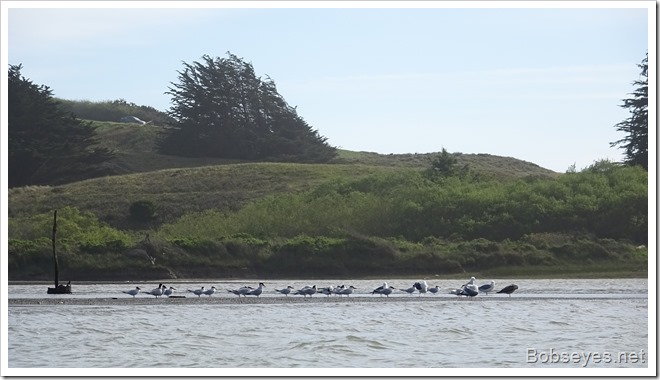 Some of the terns resting there. 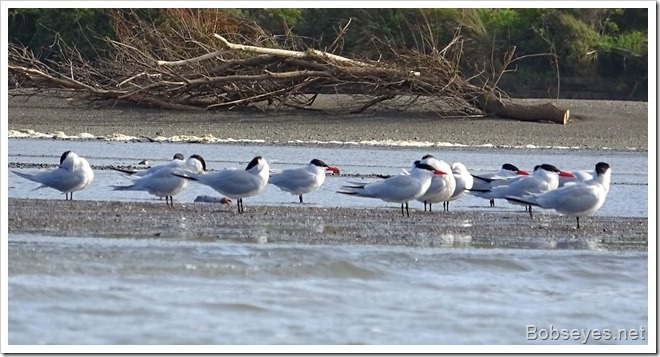 I paddled up along the side of the island taking my time and stopped here for a bit before heading over to the boat ramp on the left. 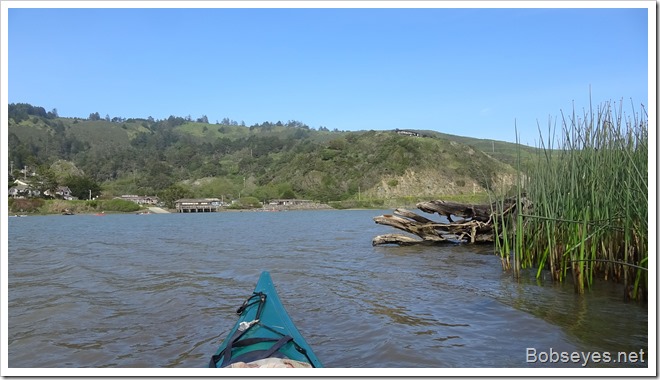 Mowers still dying on me

After awhile I went out and started up the weed mower again and did some weed mowing. I was still  having trouble with the mower stopping every five minutes or so which was making me tired restarting it. I tried adjusting some stuff on the mower as I was using it, to no avail.

Finally I decided to loosen up the gas cap to see if it was venting properly. It has one of those clicking gas caps. I thought  maybe it wasn’t letting any air into the tank and causing it to starve for gas.

That fixed the problem, so it means I have to find out why the tank isn’t venting properly.

At any  rate I mowed grass until the tank ran out of gas which wasn’t really soon enough.

When the gas tank ran out of gas I quit for the day and that was my day.