Overlook View, A Nice Paddle at Jenner, Steelhead Fishing and How I Make My Vegetable Soup

Raining at my house so I went to Jenner

Yes it was raining at my house this morning, but starting to let up a bit into showering.

So I thought I’d take a chance and head down to Jenner to see if it was yak-able  as sometimes kayaking Jenner before or after a storm. the water can be real calm so it’s worth a look and it beats sitting around the house thinking I should be doing some housework. Sometimes it will be raining at my house and not at the ocean.

Such was the case today. I drove down to the overlook to check out the mouth area first just to have a look because that’s what overlooks are for.

Here’s the view up river with the ocean on the right from the overlook. 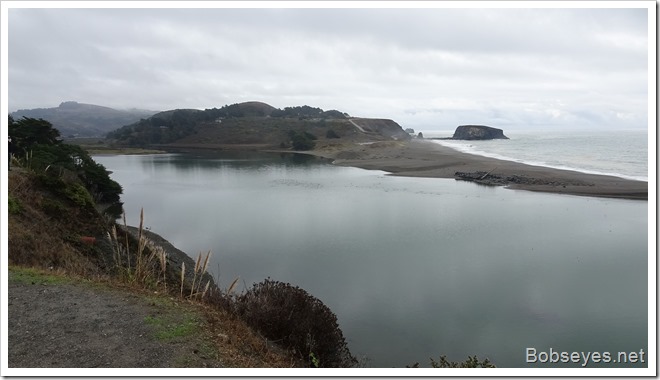 And here’s one of the open river’s mouth with the river in the  foreground and the Pacific ocean in the background. There’s a bunch of seals and birds resting down there. 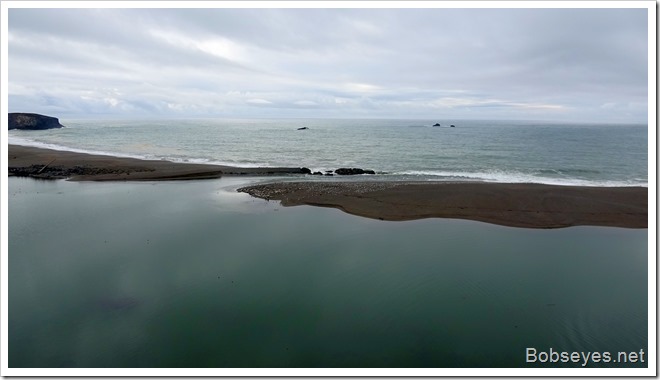 For those with not so good eyes, here’s a closer look at the wild life. 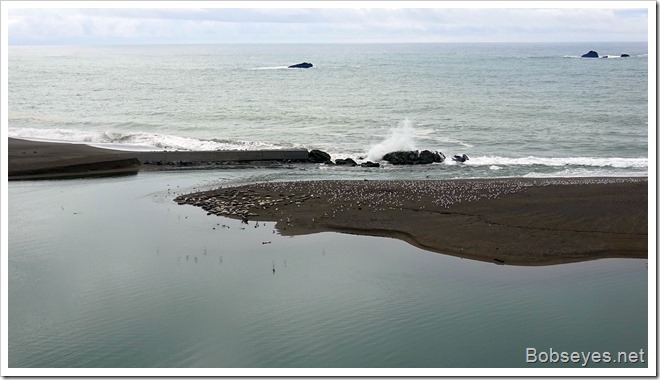 I’ll zoom in for you so you don’t strain your eyes. :O) Harbor seals and birds resting by the open mouth which is in the background. 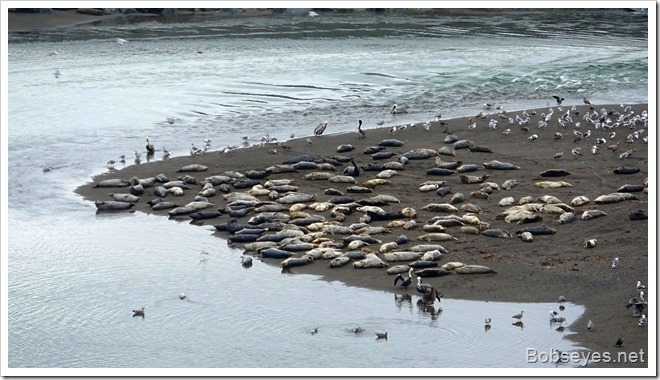 Ok, it sure looked yak-able so I drove to the boat launch in Jenner and put my boat in the water.

Here’s what the mouth area looked like from my boat as I paddled across the river and zoomed in down by the open mouth. Lots of birds. 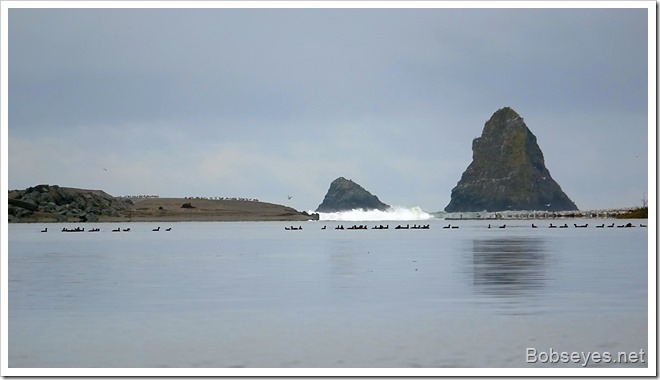 Up river it is

Well since I already had a good look at the mouth I decided to head up river just a mile or so.

Here I’m just starting up river paddling by Penny Island which is to the right. 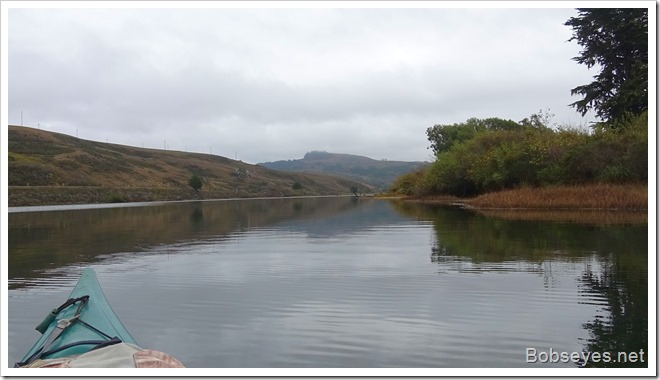 I paddled by this harbor seal which I think was resting on a submerged redwood log. 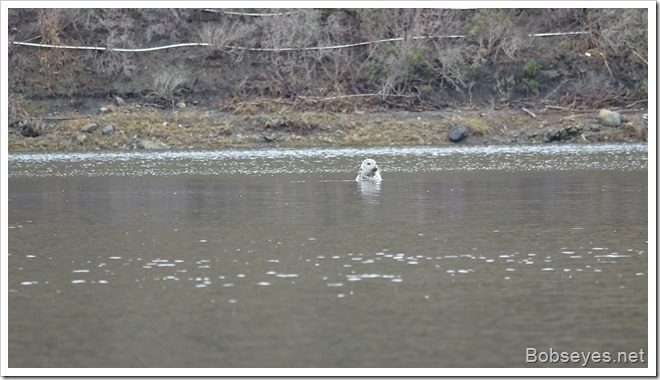 And a bird who’s name escapes me at the moment, but maybe I’ll remember before I finish this blog. How about a loon. 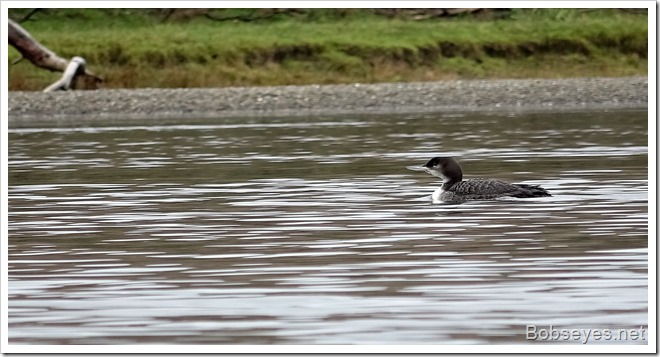 Hung out at Muskrat

I took my time paddling up to this area I call Muskrat as there’s a bunch of muskrat nests on shore here. It’s also a good place to sit as the wind is usually down here and when  the sun is out it shines on this spot nicely. 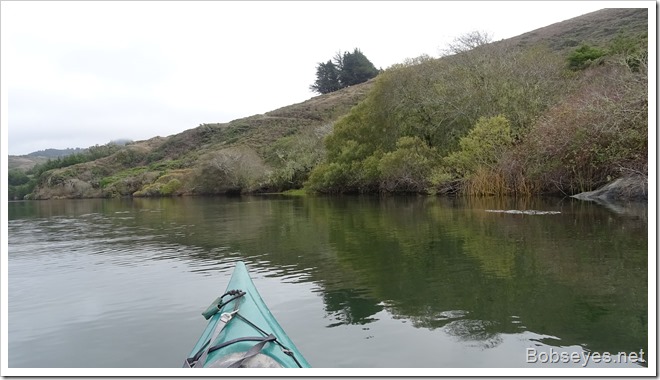 I spied this hawk pretty close to me, but by the time I got the camera ready it moved away a bit to this spot. 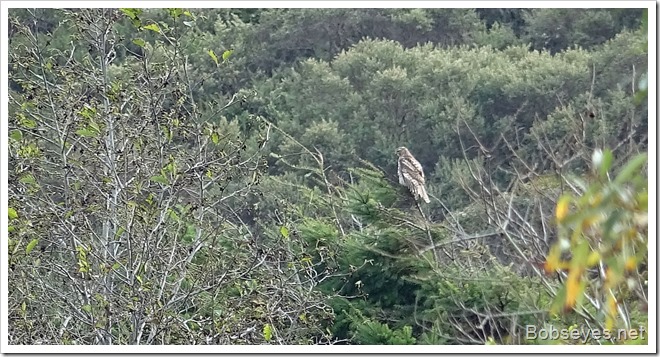 Paddled across the river

I sat at muskrat for about a  half hour or so then paddled across the river to the other side and headed down river, headed back.

I went by these cormorants pressing them a bit by going close. A few flew off, but not all of them. 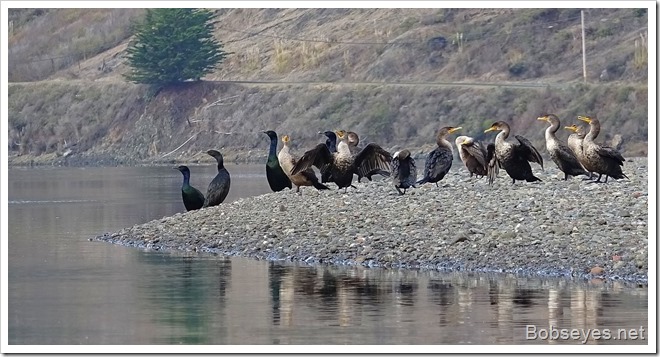 L00king for birds and critters

I just passed by Paddy’s rock and am headed down along the shoreline on the right looking for birds and critters. 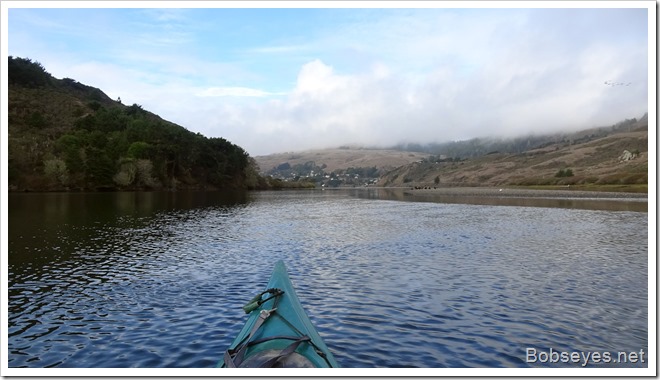 More birds coming to this area each year

Every year for the last few years, more and more birds are coming here to winter. Here’s a duck I don’t recognize. I do know it’s a male. 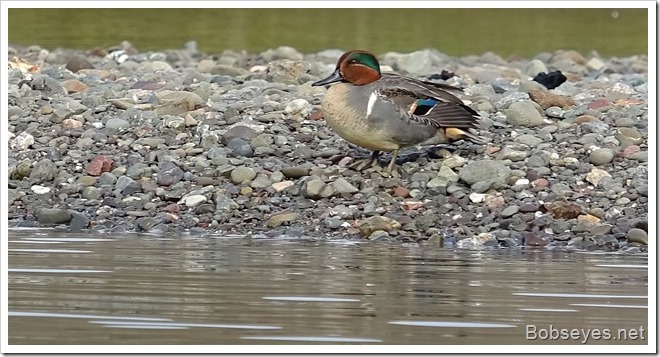 And this is likely it’s mate as it was swimming near by. 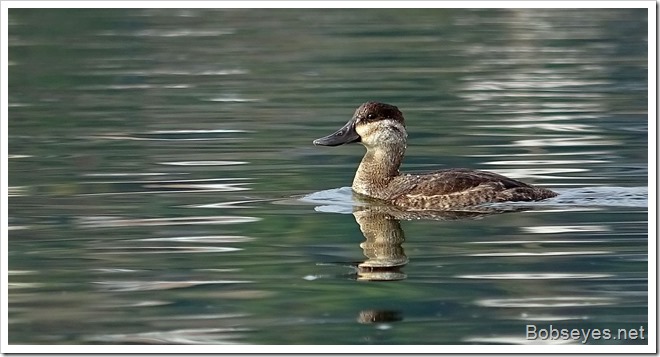 Paddled back over to Penny island

I stopped here for a bit before crossing over to Penny Island where you see the trees up ahead. 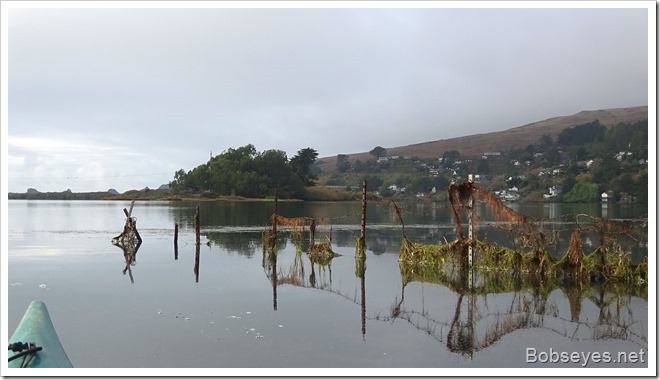 I hung by the island for a bit then crossed over to the boat ramp and went on home for the day.

So you want the veggie soup recipe

My vegetable soup supply was getting low, so I thought I better round up some veggies to make another pot. I bought a bigger pot so maybe it won’t be so full this time. Wrong.

Veggies all cut up and water and salt and pepper added, ready to boil. 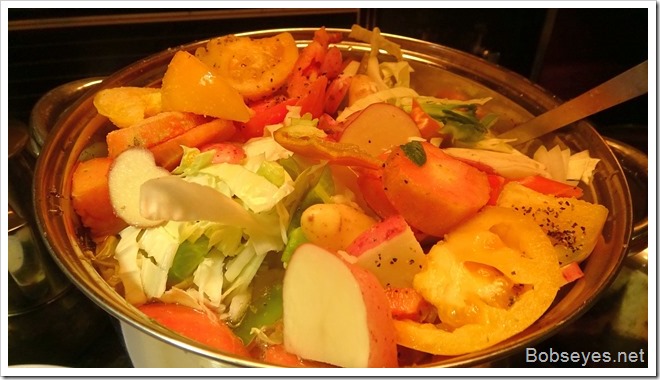 But there isn’t really a recipe

Mr. Ed asked for my vegetable soup recipe in comments a few days ago. I told him there isn’t a recipe, but I can tell you how to make it. So I’ll repeat it here adding some more info on the subject.

Basically you take whatever vegetables you have, cut them into bite sized pieces and put them in  a big pot. Fill with water and  boil until there’s a good broth and all the veggies are tender.

Here’s what I did tonight

So here’s what I did tonight. I went over to my brother’s house and got a split cabbage he said I could  have as those don’t sell real good, but they are great for me. I also got some of his red potatoes and a couple peppers. I saw he was harvesting leeks, but I left them but will hunt some up in  the garden for next time.

I came back over to one of his gardens and harvested some of his broccoli, also not taking his  best ones as the soup doesn’t need the best as it’s going to cook down. I picked a bunch of his green beans as he said he was  finished with them and I picked six or so tomatoes as they make the soup good. I added two store bought onions as I didn’t run into any of my brother’s ones.

So I took the new bigger pot I just bought and cut all the veggies up into bit sized pieces and put them into the pot. I then filled the pot up with water. Added some garlic and salt and pepper and put it on to boil. Once it started to boil, I turned it down to low or a very slow roll and let it cook. You cook it until the veggies are tender and or you have a good broth to your liking. Salt to taste of course.

Use the juice if you use cans

You can also use some canned veggies. If you do don’t throw out the juice as there’s a bunch of flavor in the juice as it’s mostly made up of whatever’s in the can, so use it, don’t waste, it can add a lot of flavor to the soup.

And you don’t have to fill up the pot with veggies unless you want to as it doesn’t take a full pot of veggies to make veggie soup. It can be made with just a few and is just as good.

I cooked this batch for an hour and checked it. I found some of the tougher string beans needed a bit more cooking and I  thought the broth could be a bit thicker so I boiled it for another hour.

I added a bit more salt and pronounced it done. Yummmmm.

One little trick I’ve learned is to add a teaspoon or two of vinegar to each bowl of soup after you heat it up. I just pour it in the middle of the bowl and start eating.Not too much, just enough and the flavor will really get a boost. Adjust to your preference. I use Braggs apple cider vinegar as I want the stuff in it to help my gut flora as it’s good for that too. I also add a dash of pepper to each bowl and that’s it, eat up.

Using up the cracked cabbage to make coleslaw

That cracked cabbage was huge, more than I could get into the pot, so I added some salt,and packed it in a pot and started some sauerkraut. The cabbage must be packed down to rid it of air and a seal put on the top to keep air out. I use a baggie filled with water for this purpose as  it seals rather well. It takes a couple weeks to ferment properly, but it’s good to eat right away as it’s sorta like eating coleslaw.

That was my day for a nice one and the rain has stopped for a bit.

Fishermen should be starting fishing now

Oh, I went by Monte Rio to check the river for fishing and it looked good, not dirty and not up much from the recent rains. There is no salmon fishing on this river as they are protected for now, but you never know you might hook into a steelhead although it’s still a bit early for them to be coming up the river, but there’s always those fish that don’t pay attention to the rules.

6 Responses to Overlook View, A Nice Paddle at Jenner, Steelhead Fishing and How I Make My Vegetable Soup