We had a fairly cool night last night. I think it got down to about 28 degrees F. or so. Our camp was up fairly high in the hills.

I thought I’d picked roads that went by creeks and waterways, but instead I seemed to pick them that went over the hill tops which was fine with us as we got some hilltop views as we drove along. Most of the road was a bit rough so we drove most of the day in first gear as things were bumpy. 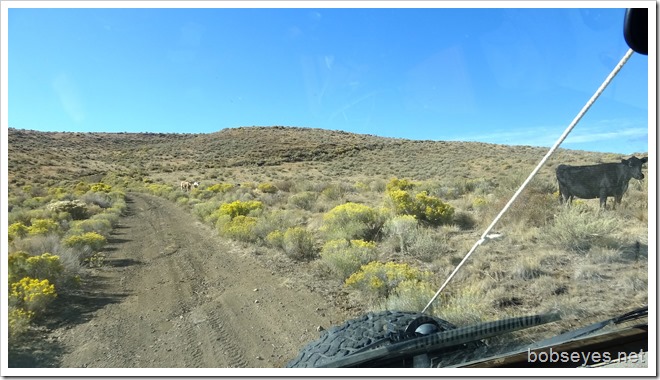 Occasionally there was a faded sign that pointed the way if you could read it. 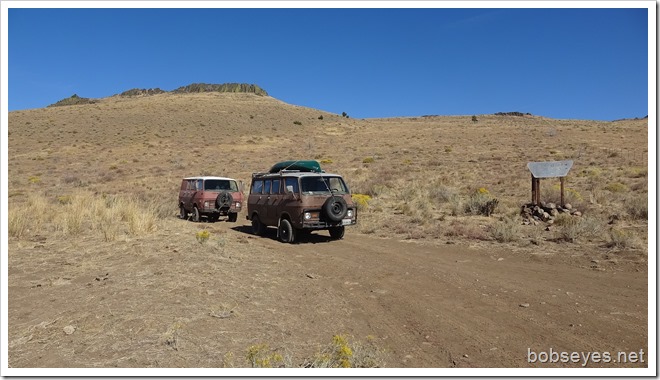 We turned down this road which we discovered was the wrong way so turned around and back tracked to the right road. That’s exploring. 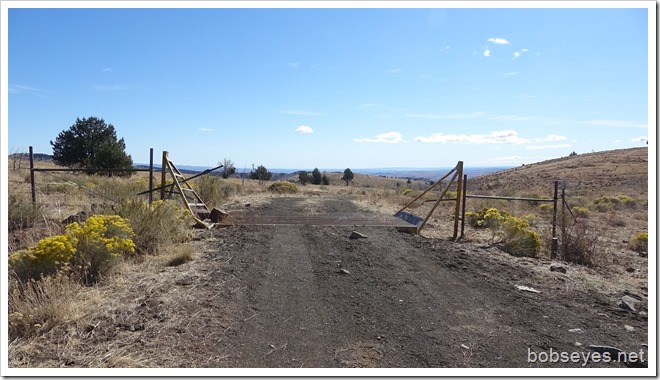 The road was rough as we traveled over the hilltops, just the way we like it cruising around exploring. 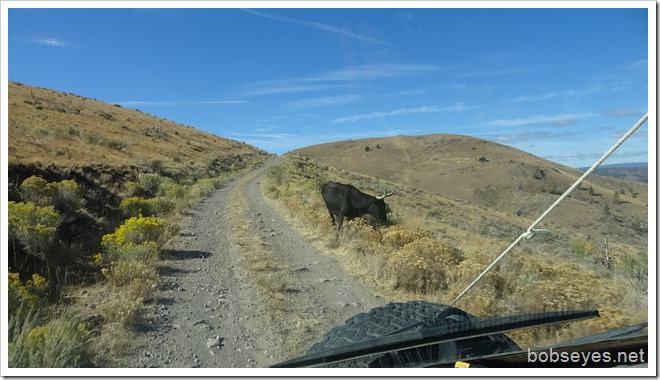 Off to the distance we could see a big rock which is likely Castle Rock and we are headed for it. 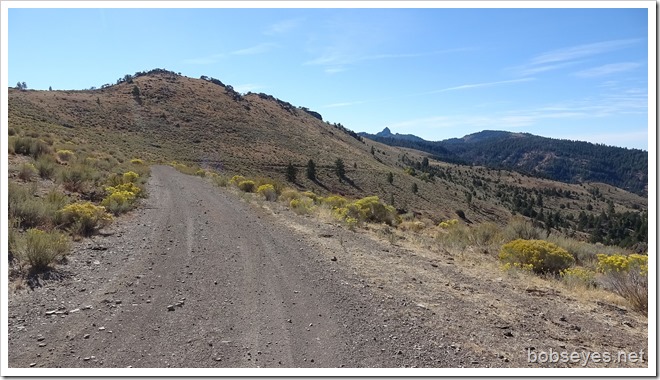 Castle Rock and the road we are traveling is called Castle Rock Road. 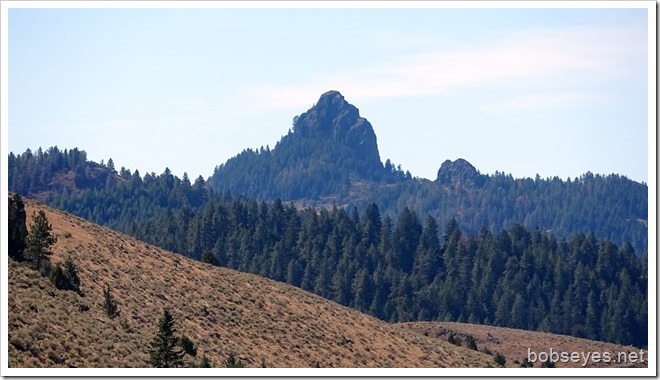 We are headed up that road and the yellow stuff is quaking aspen trees. 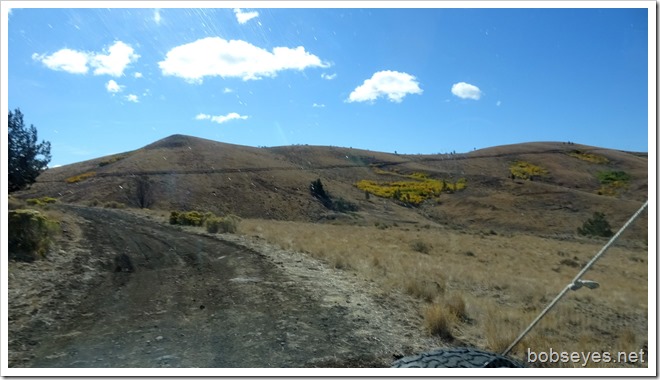 A lot of the rancher’s were out rounding up their cattle to get ready for winter. 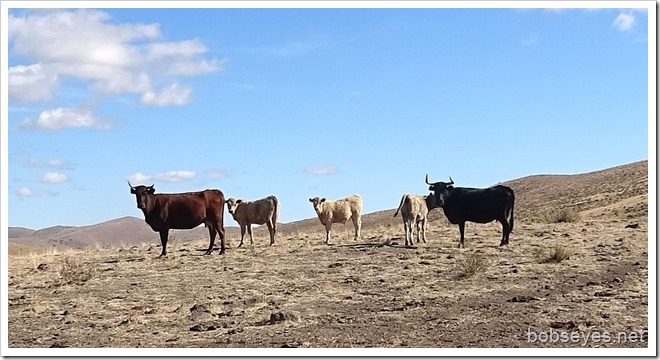 And we did get to go through some forest trees which was nice for a desert area. 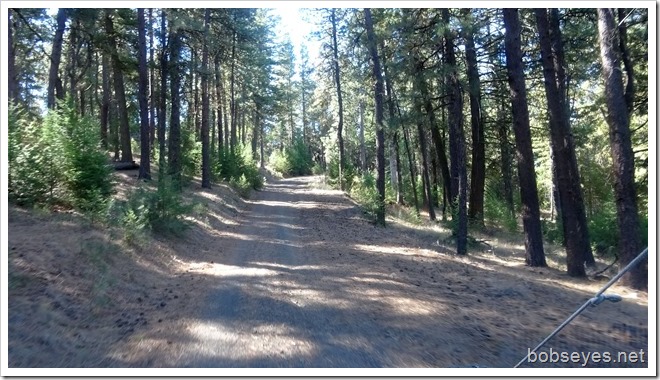 We traveled this road and went over the mountain and down into a valley. 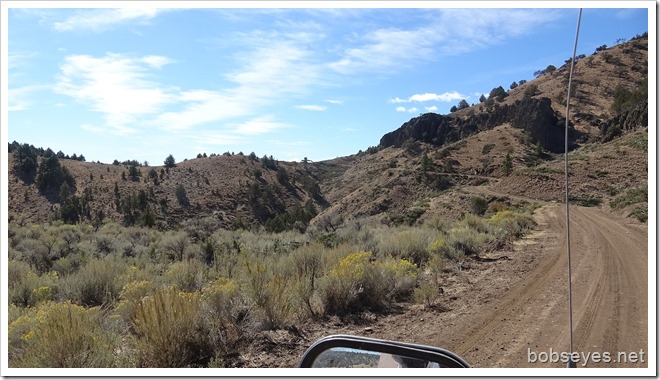 A pretty green valley with lots of cattle in it that we crossed through. 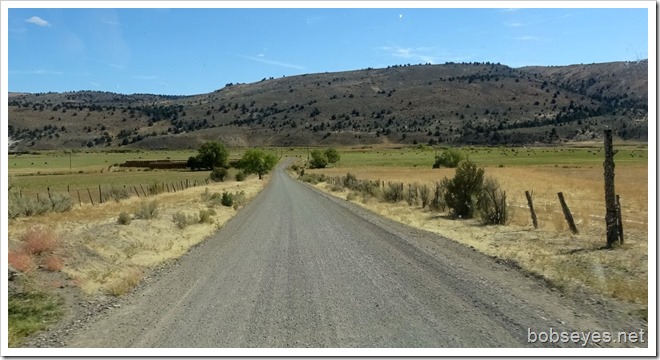 Eventually we got a better graveled road that we could travel faster on. 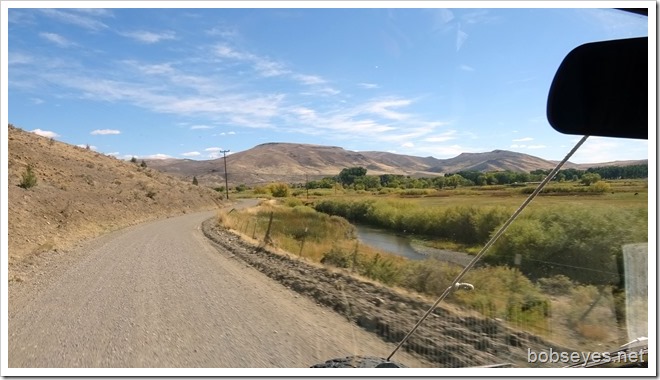 We hit Highway 20 to Burns where we fueled up and I did the internet and we made some plans to travel south on Highway 208 for tomorrow.

We weren’t sure we could camp where we wanted to check out tomorrow so we pulled into this rock quarry along the road for the night. 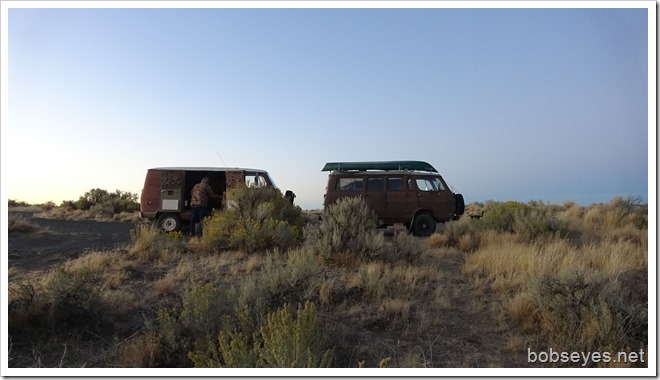 Tomorrow we are going further south to check out a lake and some refuge areas around the lake.