Only One On the River Paddling Jenner

Looking at the weather report I could see that the wind was down at Jenner today and the way I paddle doesn’t exert a lot of energy and with me fasting that’s good.

So I loaded up my stuff and drove down to Jenner and got there around one which is good as most people kayak in the morning and are gone by noon.

The sun was out as I put my boat in the water and no one else was around.

I went by these deer on Penny Island. 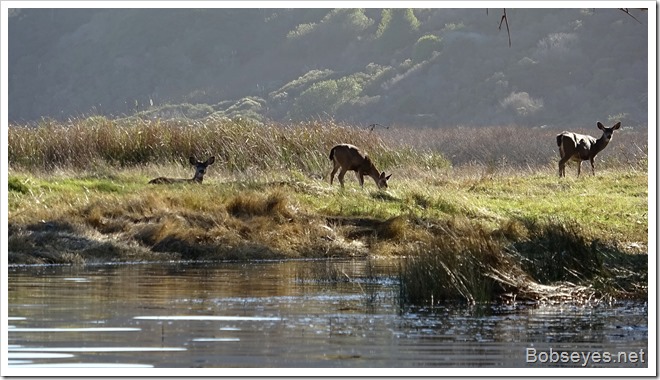 And I stopped by this log for a spell just enjoying the day. 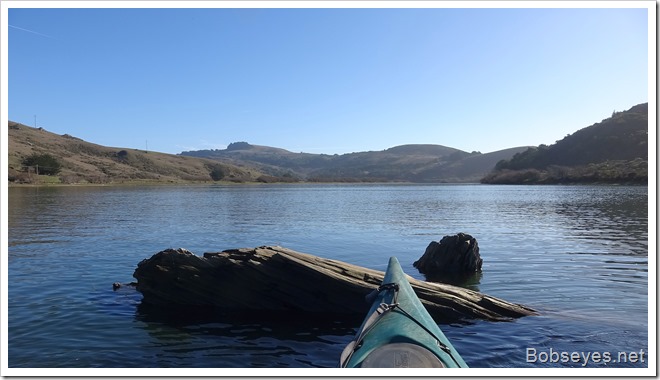 These cattle were grazing up on the hillside by the river. The grass is starting to green up. 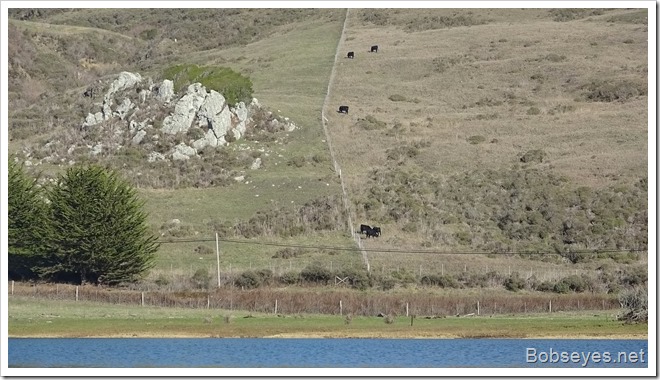 I went up the river just a ways further and sat around and then decided to head back down the river going down the island’s back channel where I went by some more deer on the island. 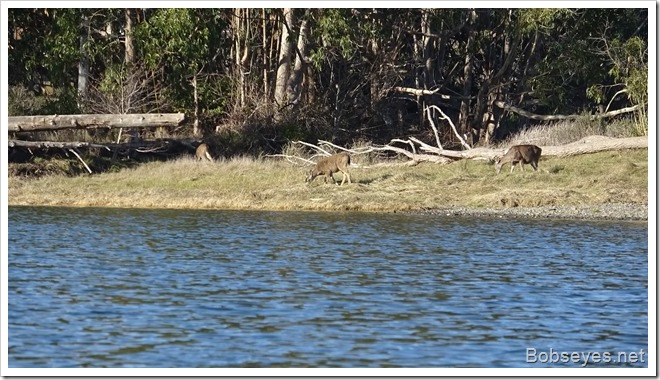 I spotted an otter up ahead but it saw me and dove and disappeared. I watched for it to surface but it didn’t so it must of gone to shore for a bit.

I continued on down along the island and pulled into a spot to sit and watch.

I heard a big splash from where I just came from and looked up river to see the otter. It dove into the water and started feeding just up river from me. 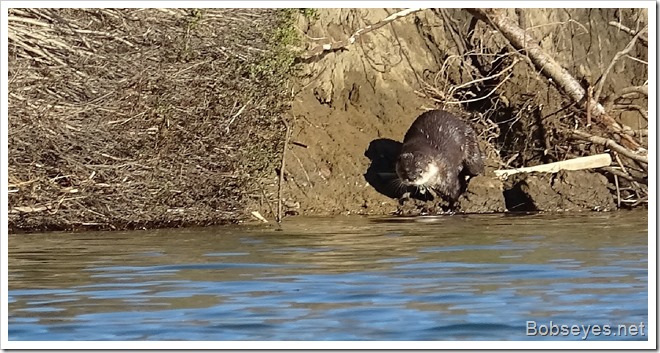 I continued on down by the island and sat in this spot for a spell. 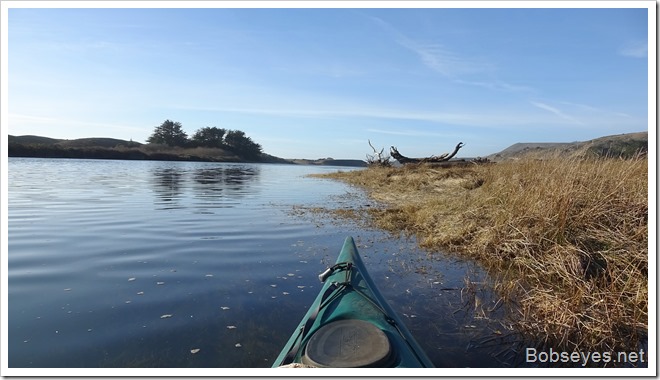 And this spot where I could see a bunch of birds up ahead. 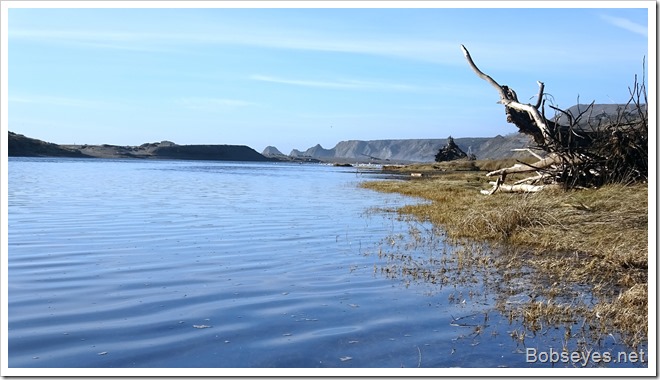 Lots of gulls sitting on some gravel. 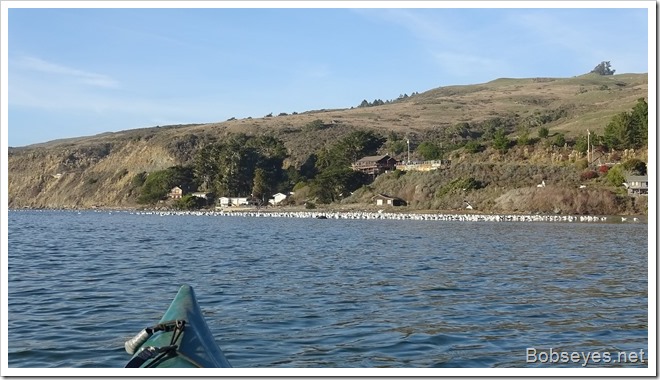 I paddled on over to have a look. There sure where lots of them sitting around preening and taking it easy. 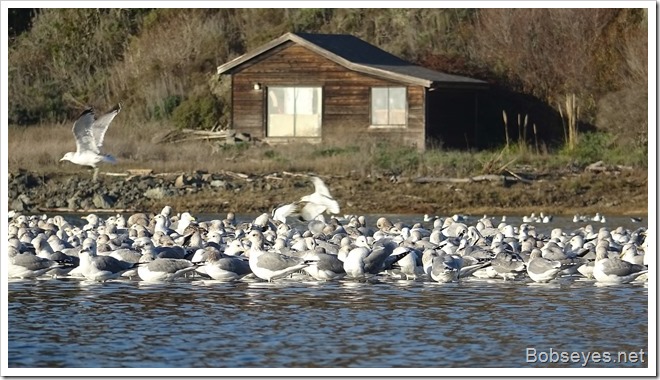 River’s mouth at the ocean

I headed on down to the ocean area. Looking out the mouth I could see the ocean was rough. 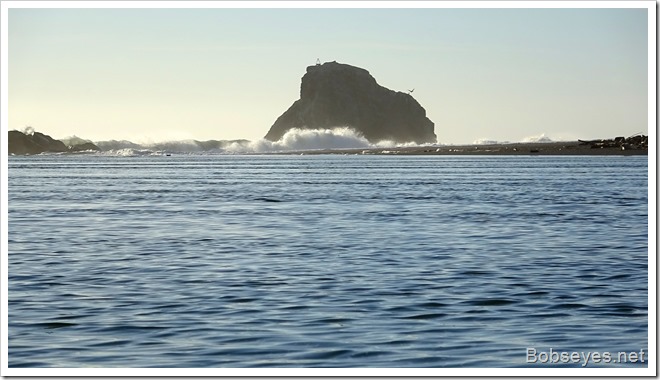 I sat around in the mouth watching the big waves crashing into the jetty and all the critters and birds in the area. The big waves were making big noises as they crashed into the shore. 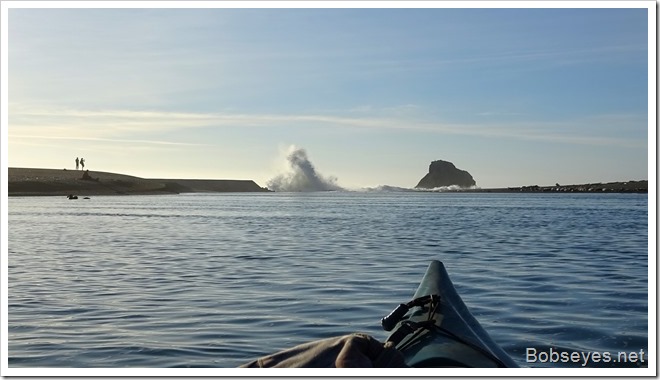 The harbor seals were resting over to  my right. 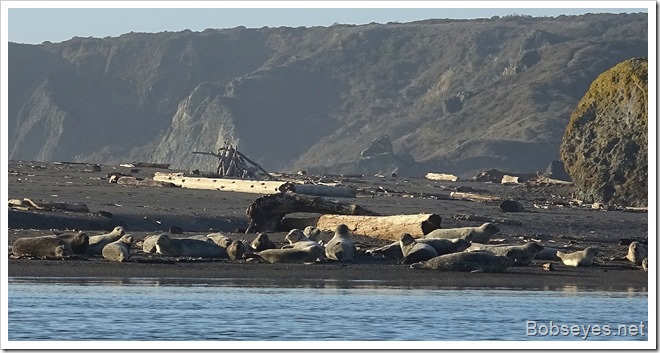 One of the spots I sat for a bit. The sun is headed down soon. 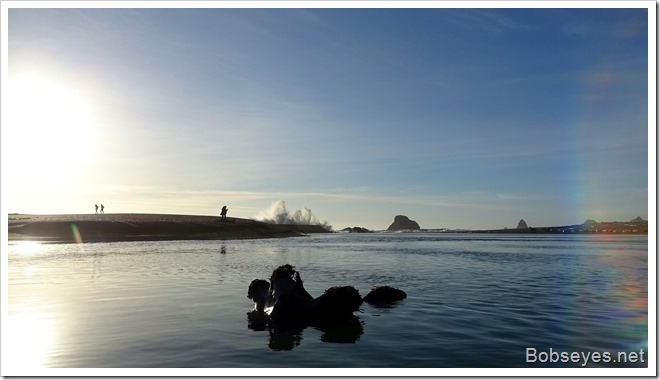 It won’t be long before the sun is down, but I’ve still got an hour or so as it’s over the ocean with no big mountains to block it. 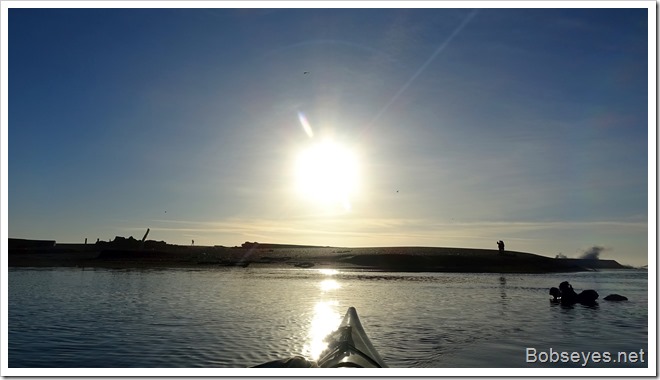 Eventually, as always I headed on back to the boat ramp and drove on home.

I checked the chickens which were already in their roosts and then looked around for some parts and screen to make some crab catching snares. I think I found enough to get started but we’ll need some more stuff to get it done. My brother Barry wants to use snares to catch crab in the ocean. Yummy.

Here’s what I need to get started. 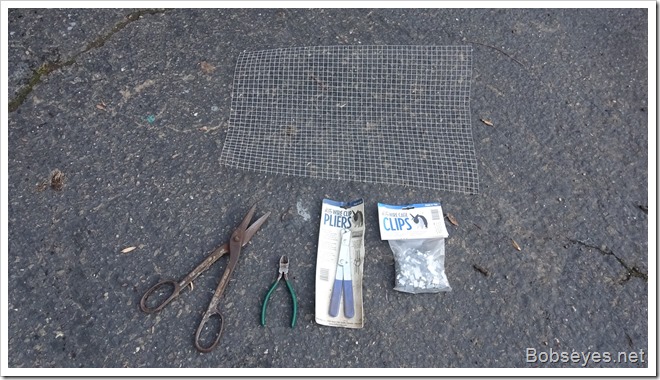 It was cool outside so I came in just before dark and that was my day.

1 Response to Only One On the River Paddling Jenner