One Rooster Is Enough and a Bit of Gardening

I decided one rooster is enough so first thing I caught the two roosters that were going to be dinner and put them in a cage for butchering a bit later once I got it going for the day. It takes me awhile to boot up just like a computer although I take longer.

The main reason one rooster is enough is not that they are making too much noise but it’s the way more than one rooster interacts with the hens and the other roosters that creates the problems.

With only one rooster I think the flock will settle down more instead of having all three roosters keeping things stirred up all the time. It’s not really the roosters fault as they just do what roosters are supposed to do. :O)

I fed the chickens and went back in  the house for a bit to finish getting it going for the day.

Eventually I got all the butchering stuff together and got the job done. Both these roosters were about a year old. I found them to be much harder to skin then the younger chickens I’d done before but I got the job done taking about twice as long. Their feathers came out much harder too. Not sure if it’s just because they were roosters or just the way older birds are.

I cleaned things up and buried the feathers and stuff in the blueberry patch. I’ll freeze one bird and cook the other tomorrow night.

It’s not my favorite job but it has to be done if I want to eat.

After a good break I decided to plant some radishes so I went out to check out the garden spot for them.

I had to pull some weeds and rake things out a bit. The soil was nice and loose so I didn’t have to till it much. 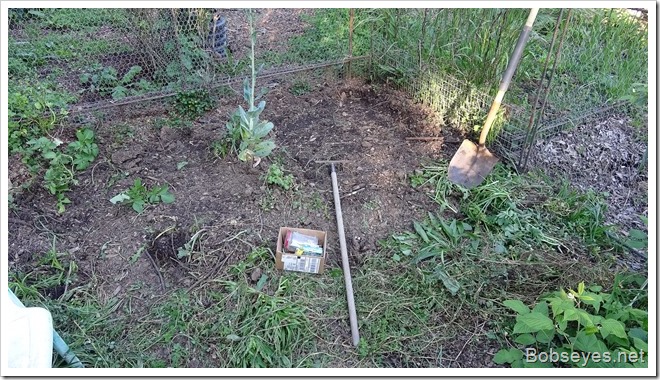 Before I was done I also planted some carrots and some bok-choy.

I was sitting there taking a break looking at this part of the garden and decided to weed it and till it. 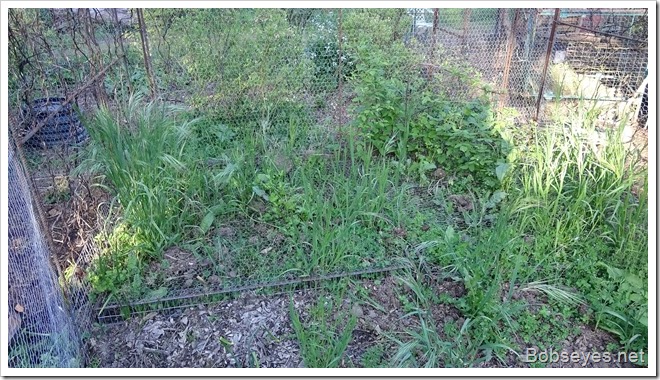 I turned it all over once and will do it again soon. 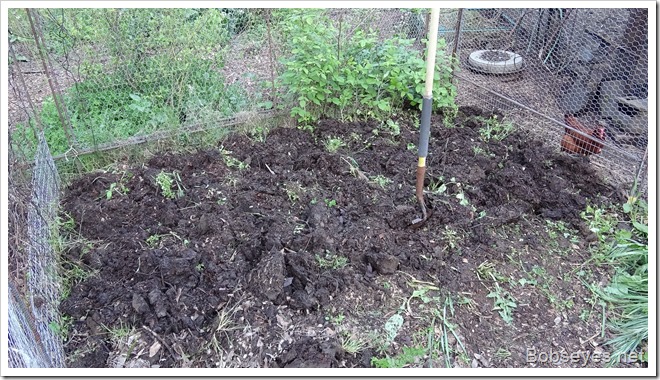 Good way to finish off the day

The rest of the day I sat around doing some chair hopping and mostly just taking it easy enjoying the day.