On Fasting and Puttering In the Yard

My brother Barry was coming by today to do some work and then go for  a dirt bike ride. I was going to go with him but I just didn’t feel up to it.

A reader wanted to know why I’m fasting. To keep it short, it’s because I’m allergic to corn and all it’s derivatives. It’s used in most all foods and drinks and meds so it’s hard to stay away from it especially since lots of it isn’t listed in the ingredients or called something you wouldn’t think was corn.

Anyway there’s no cure except to abstain which is almost impossible. It causes me to have a severe body itch almost constantly so I’m trying the fasting out to see if I can lower the severity of the hit and also just to see what it can do for me. So far there are some positive things but I’m still checking it out.

What I’ve learned about fasting so far is it’s benefits could benefit just about everyone as it causes the body to burn up fat that usually just sits there because we eat too much to use it. This can also help remove bad cells in the body before they cause problems. Good for weight loss also if you need it.

I did a ten day fast last time and learned some stuff but thought a couple more days would be good so this time I’m shooting for 12 or 15 days depending how I feel about it. I’m on day 8 right now. I not real hungry but I am getting cravings for some stuff which isn’t to hard to avoid as they pass.

I could go on and on but that will have to do.

Here’s Barry taking off on his dirt bike going for a ride up in the hills. 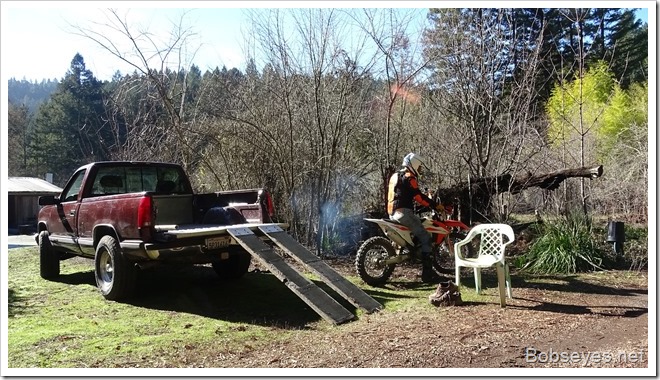 I checked the hen boxes for eggs and noticed this one looked a bit scraggly but couldn’t really see anything wrong with it. 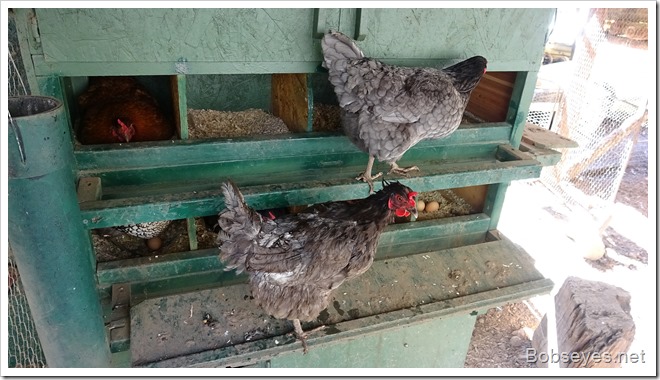 Then I let the chickens out so they could graze in the raspberry patch which they like. I dug a few weeds out with the shovel, mainly blackberry vines 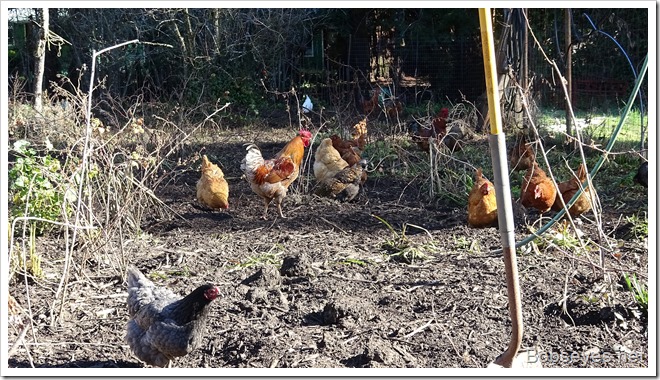 After some sitting around I loaded up the fertilizer injector and moved it to this spot. Lots of hoses so I had to figure out where they were all going to get it hooked up. 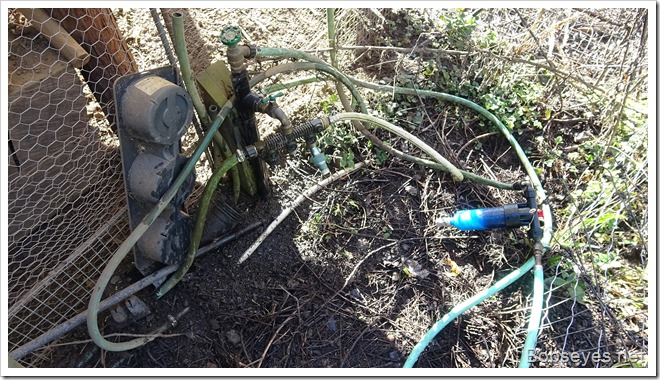 I’m fertilizing this pen with the sun in the background. It won’t be long before the sun goes behind that hill. 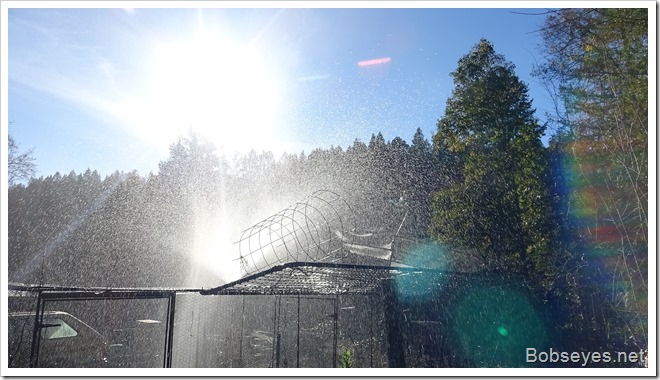 I was thinking I need to move a bunch more  mulch chips into the  raspberry patch so I needed the wheelbarrow so looked all over the yard for it but couldn’t locate it so I looked again and found it where I’d put it away, here. Maybe I shouldn’t put things away. 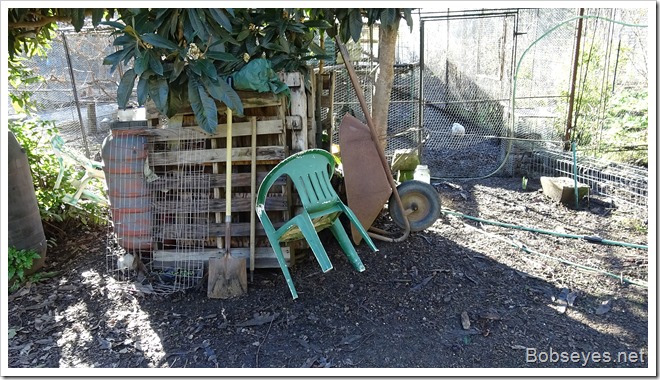 I was able to get the wheelbarrow loaded up but a chair break got me before I could get it dumped. 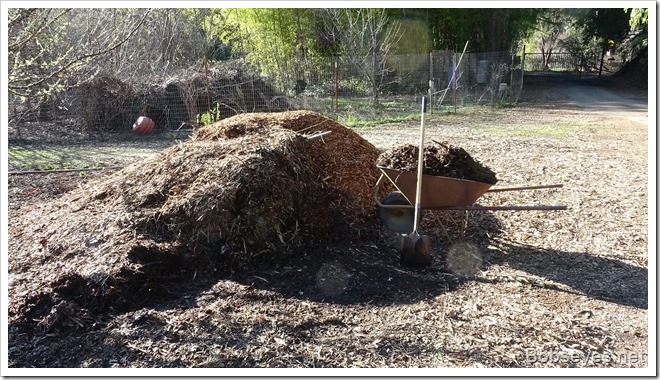 My gates in the chicken pens are real low to the ground to keep the new born chicks from getting out. The chickens move dirt and stuff in front of them and then they drag when opening. This one needs digging out so I got the shovel out. 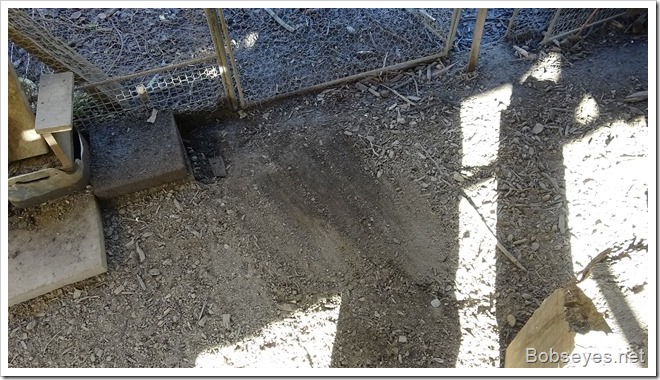 I removed a few inches of dirt where the gate opened and that’s a lot better. 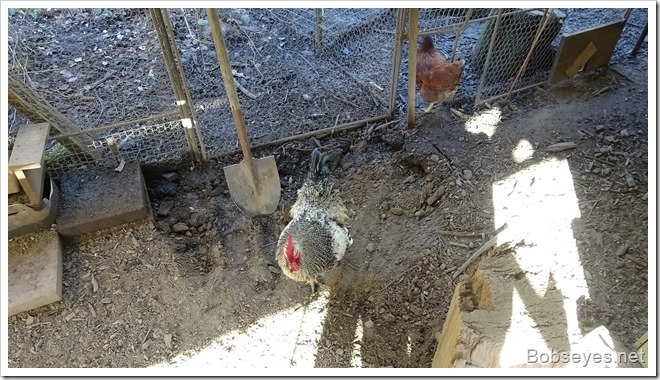 When Barry came back from his dirt bike ride Tom also showed up so we had a good discussion about our properties as our last aunt just died. Good to get that done. 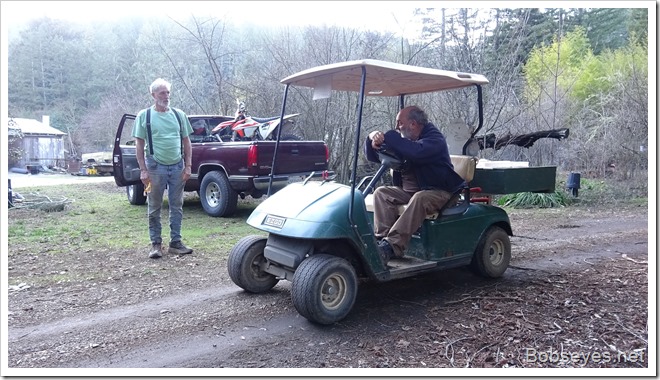 I was out in the chicken house when I heard Tom say I have a project for you so I went out to see what it was.

He had a huge immersion blender about three feet long that was squealing when turned on. 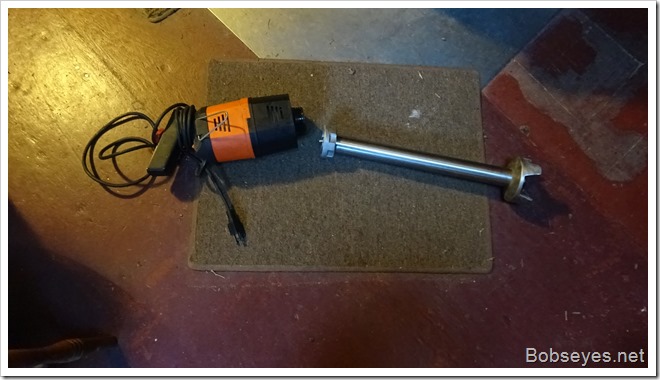 So I looked at it a bit and determined the shaft bearings are worn out so now  I have to figure out how to get the bearing out. I put that aside for now.

I did get that wheelbarrow full of  chip mulch dumped before dark, I will be adding more chips as time permits as this area needs a lot of them. 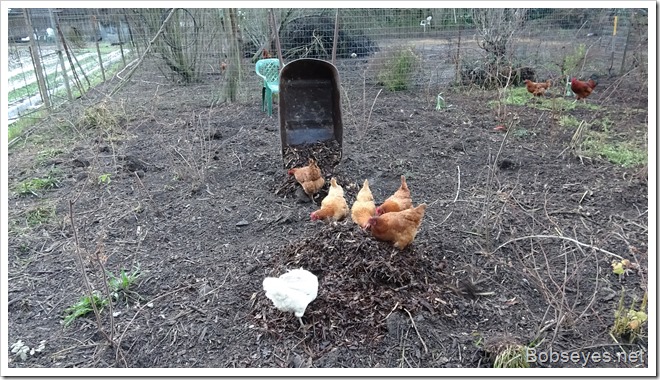 That was pretty much my day just puttering around the yard taking my time doing stuff.

1 Response to On Fasting and Puttering In the Yard